Seeing This In Your Backyard Would Shock You At First… Til You Realize What It Really Is. 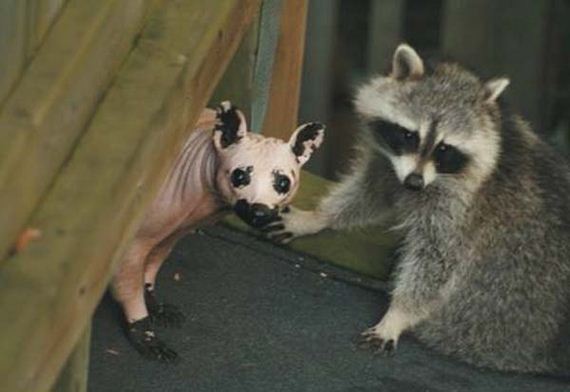 No, this isn’t a new species.

One afternoon, this family noticed something strange in the back yard. At an apartment complex in Toronto, a small, rust-colored creature was spotted lurking around their trash bins. It looked so different, it seemed like it could be an entirely new species.
As it turns out, the fuzzy little guy was a raccoon… who just happened to be losing his hair. Over the course of the winter, he went from having a scruffy layer of hair to having none at all.

It’s actually a raccoon that just lost its fur (in case you were wondering what that looked like). 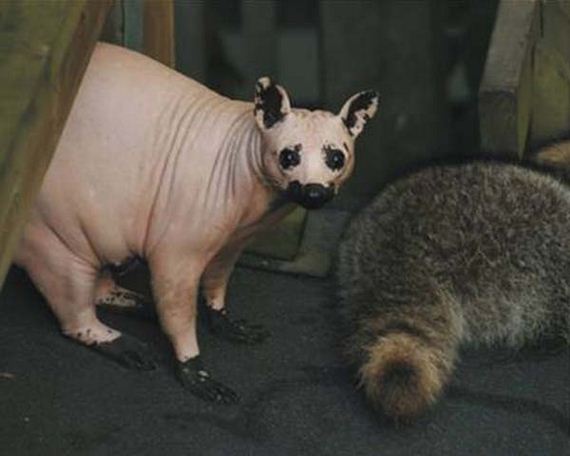 This is the raccoon with just a little bit of fuzz. 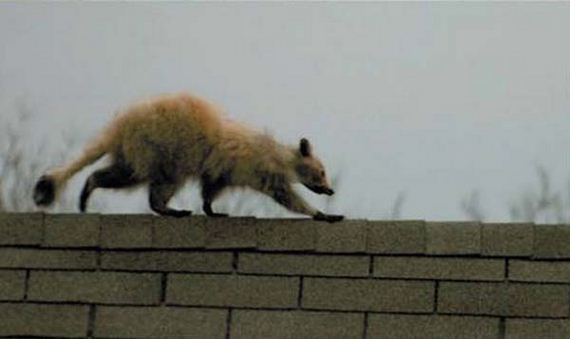 The homeowners weren’t sure why the little guy was balding. 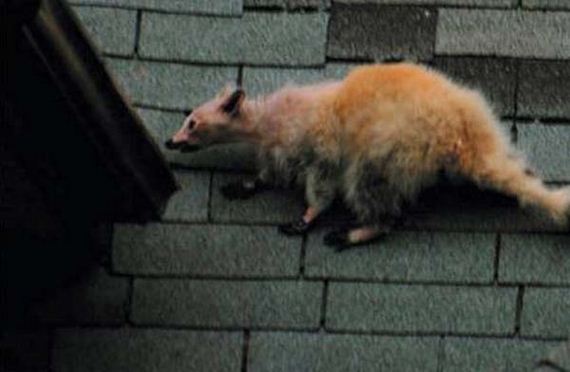 This neighborhood raccoon could have had a severe case of mange or other skin condition. Aside from his strange appearance, he seemed to be doing well and living with his own kind. Hopefully they reported him to animal control so that, if he was sick, he didn’t spread the disease to other animals and pets in the area.

Previous Whoa!! Disney Princesses Tattoo Makeovers!
Next The juxtaposition of natural imagery (the tree branches) and traditional art pieces is stunning. It’s difficult to know what to say about these pieces other than this: WOW.