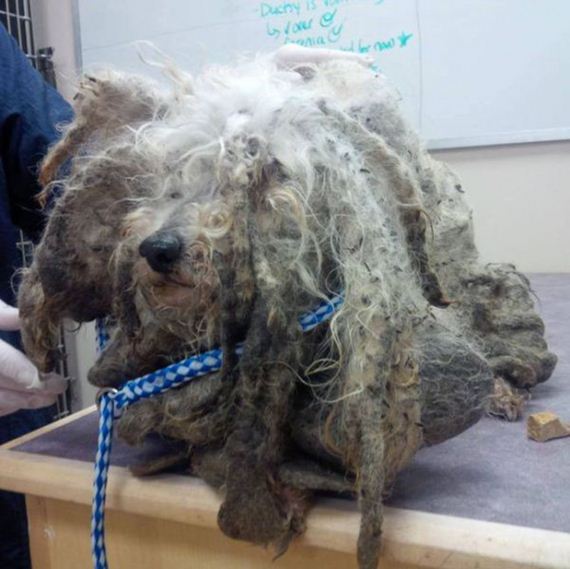 What you are currently looking at is a dog that was abandoned and was allowed to run wild on his own. This dog was named Shrek by the vets that took him in and helped the poor little guy out. Shrek could barely walk due to the pain in his legs he had from the extra weight he carried and from being malnourished.

Sherk’s fur was heavily matted and covered in mud which caused him to carry an extra 3.5 lbs of weight. The vets had to treat Shrek under anesthesia so they could properly shave his fur and remove a growth from his eye. And yes they named him Shrek because he resembled a monster that belonged in a swamp. 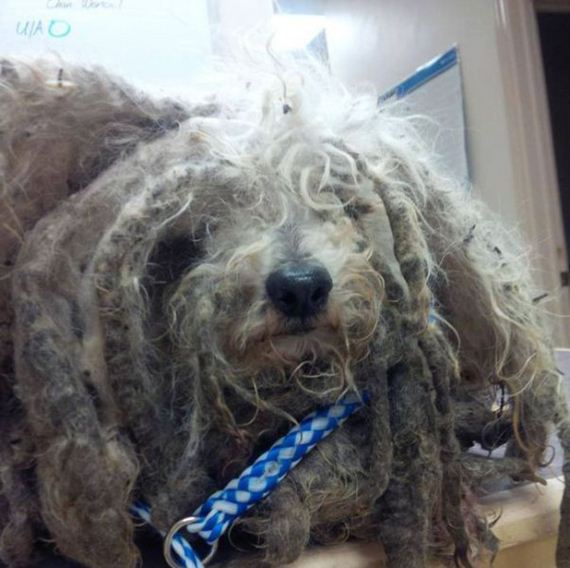 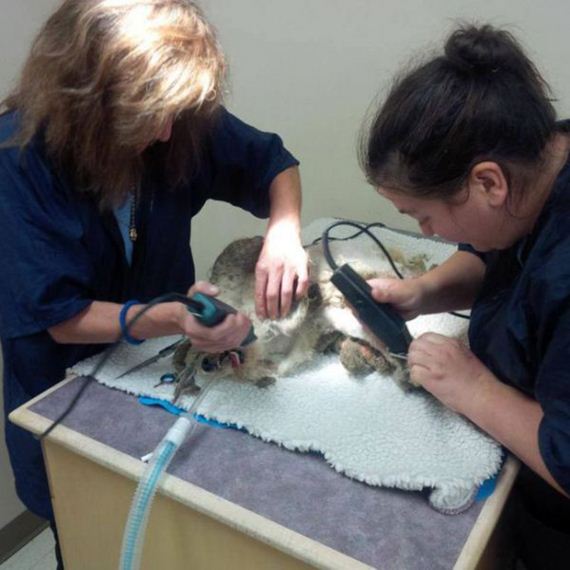 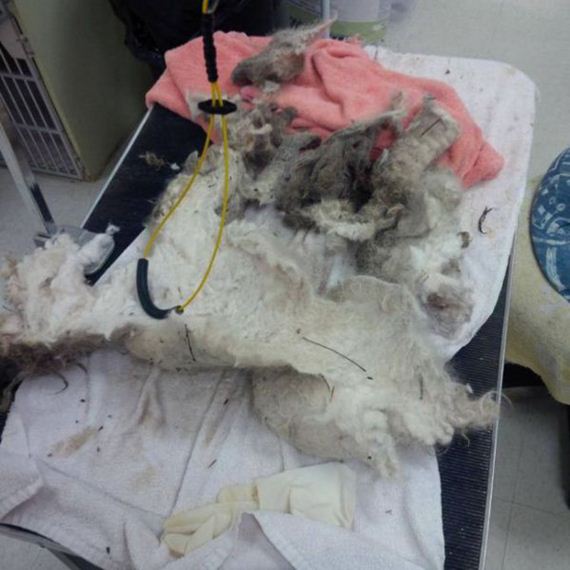 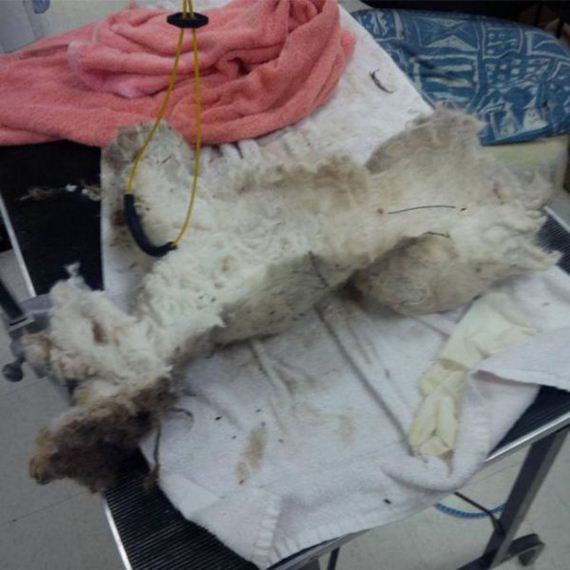 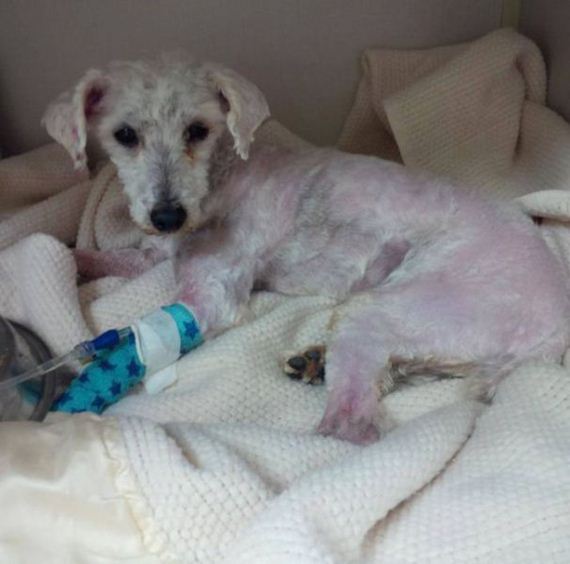 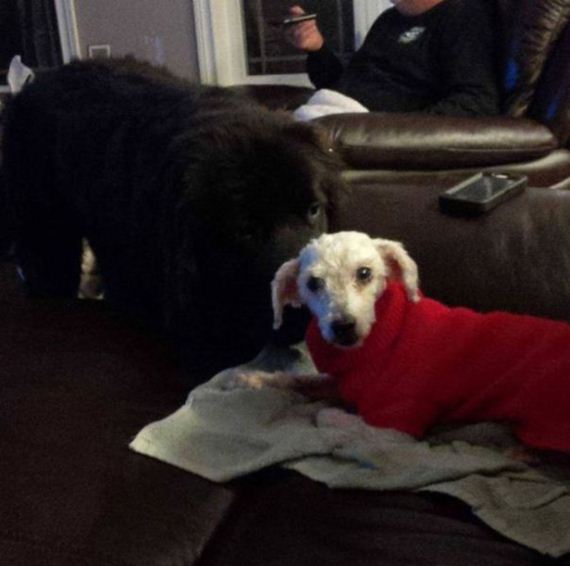 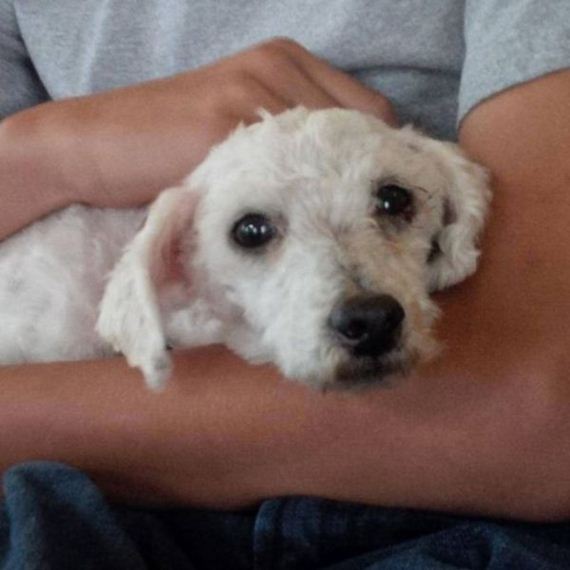 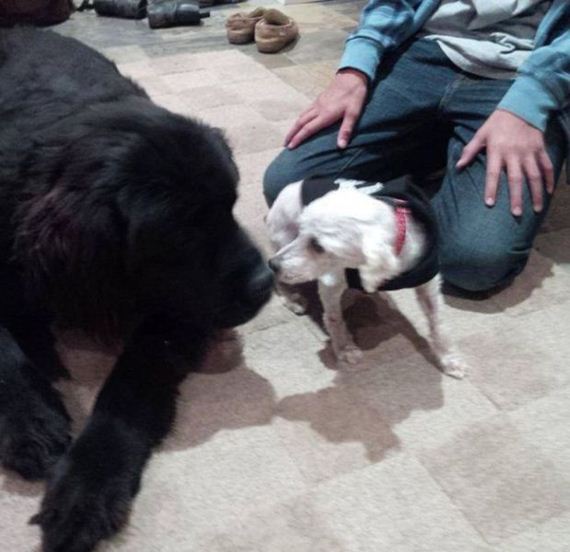 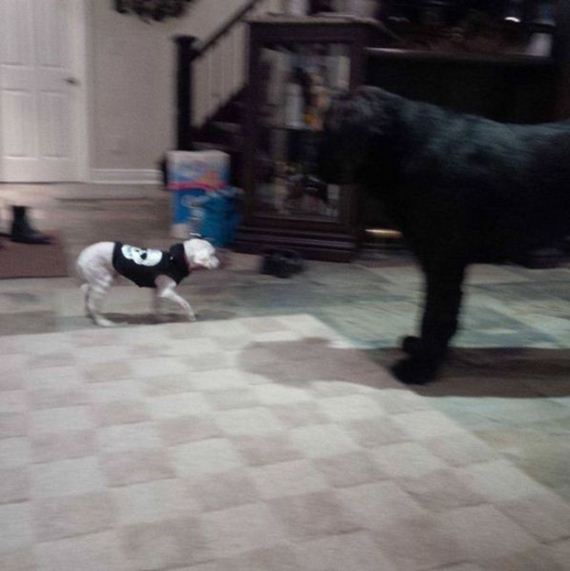 Previous Your Daily Life in GIFs
Next Funny Sidewalk Signs