So Many Different Types Of Evil Mother-In-Law

“Mil Burned Down Our House And Got Arrested” 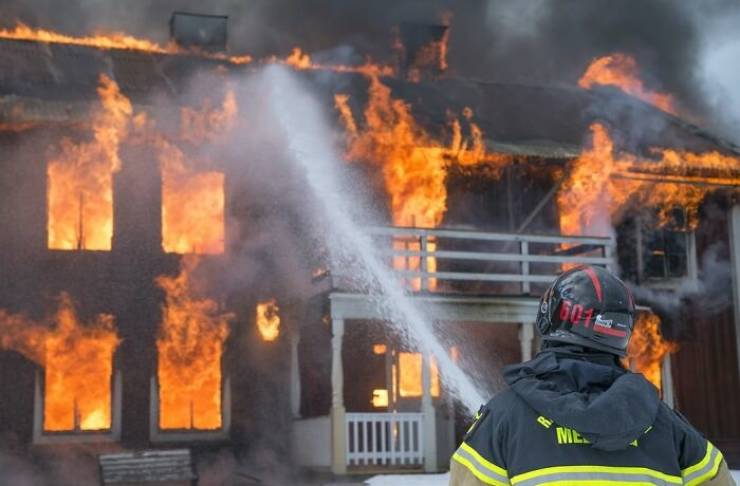 “I’m posting for the second time now. I didn’t see that coming. We made a big mistake when we didn’t take MIL’s threats seriously enough. We thought that she’s like a dog that barks but doesn’t bite. Speaking of dogs, the only hero in this story is actually our dog, heavens bless our dog. It happened at night. My husband and me, we’re heavy sleepers, we were dreaming sweet dreams and didn’t notice anything. If our dog hadn’t jumped on our bed and barked, waking us up, we would probably both be dead now. I’m a firefighter myself and I realized that the fire was too big already, we couldn’t put it out by ourselves. We escaped through the window, fortunately unharmed. Somebody had called the firefighters who happened to be my colleagues, which was a weird situation, it was the first time they had to work on their buddy’s house. They tried to work as fast and as efficiently as they could but our house is damaged beyond repair, we can’t live in it anymore.

MIL got caught and basically dug her own grave because she herself said that she was hoping till the last minute that her son would come to his senses, break up with me and start to date women but he didn’t and she felt ashamed that she has created such a deformed human being, so she decided that it is better to have no son than gay son. She basically said she wanted to kill him. So even though at first what happened was classified as ”arson with the intent to damage the property” which would mean softer sentence, after those words it became ”arson with the intend to endanger life” and that means much more severe punishment, even up to life imprisonment. Our lawyer said that most likely she will not receive the maximum sentence because no one has died but she will receive at least a couple years behind bars. And there’s not much her lawyer can help her because she confessed.

And she said such a stupid thing ”Well but my son’s faggot husband is a firefighter, why didn’t he save his house?”

In the middle of the night, just awoken, no gear, no tools, no equipment, caught completely unaware by the fire. Are you serious, MIL? You think that just because I’m a firefighter means I can put the fire out with my bare hands? Many people think that housefire is like they see in the movies – flames and light but actually it is a complete darkness. The smoke makes the room so dark within minutes that you can’t even see your own hands. Housefire is always like a dark night.

Now we’re living with our friends while we find another place to live. Our clothing, our documents, passports, marriage certificate, everything is gone but of course, those are just things, we can buy them again. We’re alive, that’s the most important thing. My husband is done with her. He’s so very upset that his own mother wished him dead just because he’s gay. If before this he still hoped that their relationship could be fixed, now he doesn’t want to hear a single word about her no more. Her homophobic hate almost killed us. And it is our own fault as well because we didn’t give her actions and words the seriousness they deserved. We know some gay people who also have homophobic parents but they have never tried actually killing their children. I guess that’s why we didn’t think that it might happen to us.”

“My Mil Just Threw Out All Of My Groceries. Grocery Stores Are Out Of Stock And I’m Losing My Mind” “Due to reasons, my MIL had to move in with my husband and I for a while. I’m South Asian, my husband is white.

Indian food is what I was raised eating and I love it to this day. Due to stay at home orders I suddenly have a lot more time to cook than I did before. I stocked my kitchen with rice, different spices and whatever else I would need to make what I wanted.

My husband doesn’t mind and enjoys the food. My MIL on the other hand, does not. She’s never liked me. Some stuff she says include “what kind of people use their hands to eat? Just use a knife and spoon like normal people”. My husband has stuck up for me on all those occasions before, but having to live with her 24/7 is wearing him down.

After she moved in, she immediately started complaining. “Why does that smell so strong? It’ll cling to the walls. Stop that.” or “God, are you really feeding my son that cr#p? Just eat normal American food.”

I know quarantine is taking its toll on everyone, so I decided to stay quiet. My husband did try to talk to her once, but that fell on deaf ears. Like always.

I woke up yesterday morning, go downstairs. Chat with husband and MIL for a while. Go into the kitchen, open my pantry, and there. is. nothing. My rice, spices, flour everything has been cleaned out. I had a rice dispensing machine that I got a few years back and that was missing too.

I go to the fridge, and besides milk, bread, butter, jam and eggs there was nothing. I get my husband and ask him what happened to the food. He looks in confusion until MIL pipes up and says that she threw everything out. When asked why, she simply says “My child isn’t used to eating your types of food. Just make him what Americans eat” And heck did that piss me off. She has this insane thing about not acknowledging that I am American, or when she does she tells people that I got my citizenship through marriage.

Wrong on all accounts. I was born here and so were the last 4 generations of my family. I go grocery shopping and they were out of stock on basically everything. I come home and she still has the audacity to ask why I’m not cooking like I usually do.”

“How Do I Politely Tell My Future Mother In Law That I Don’t Appreciate Her Comments About My Weight? Picture Of My Size 16 Self Looking Flawless In My Wedding Dress” 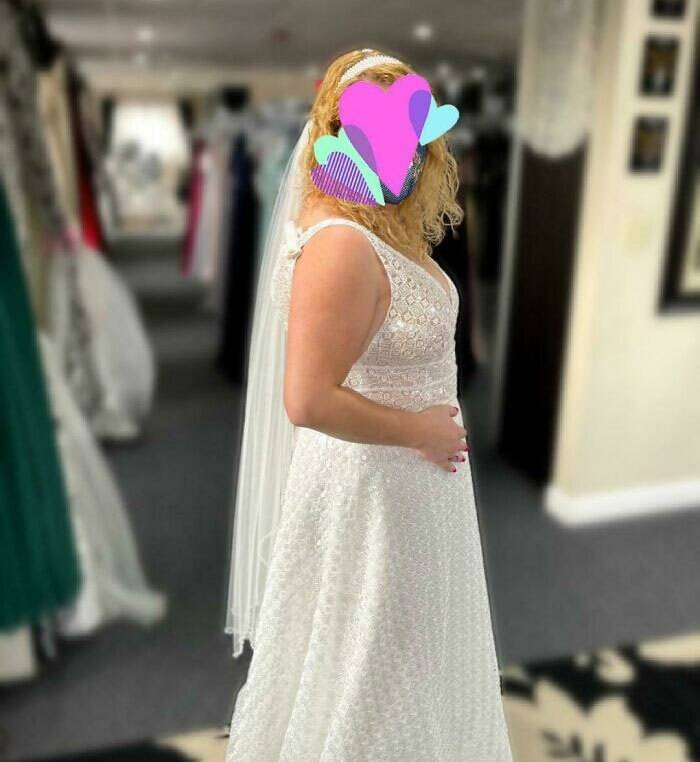 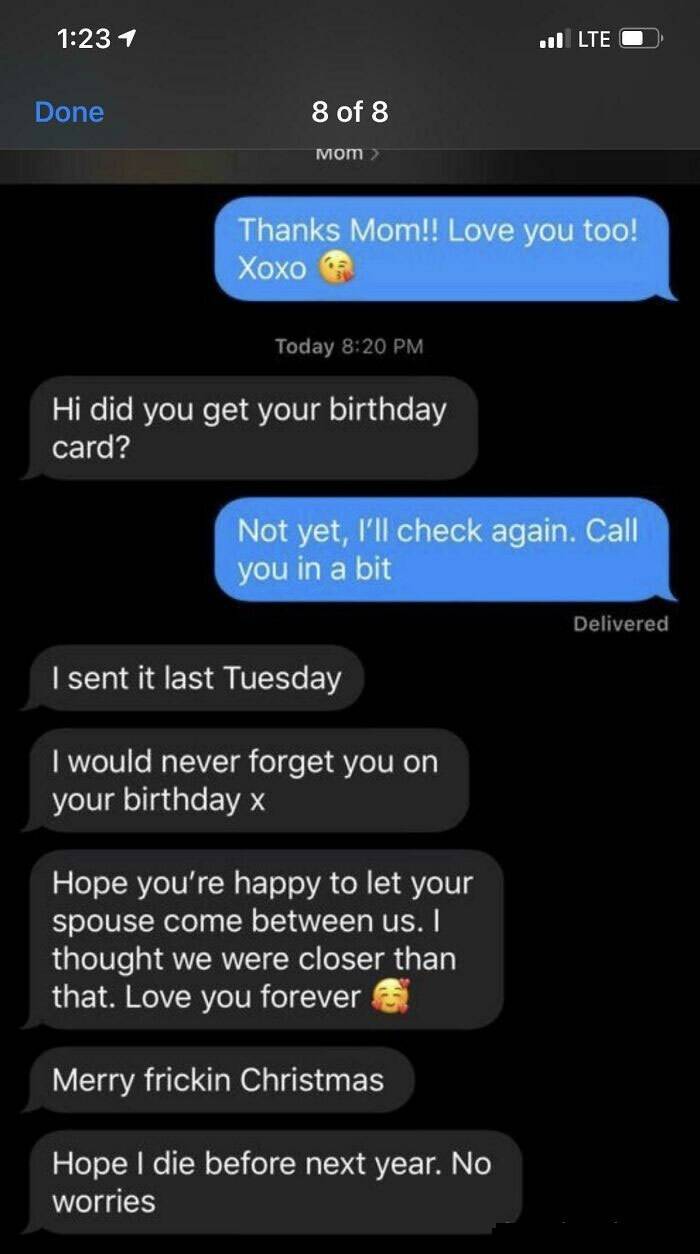 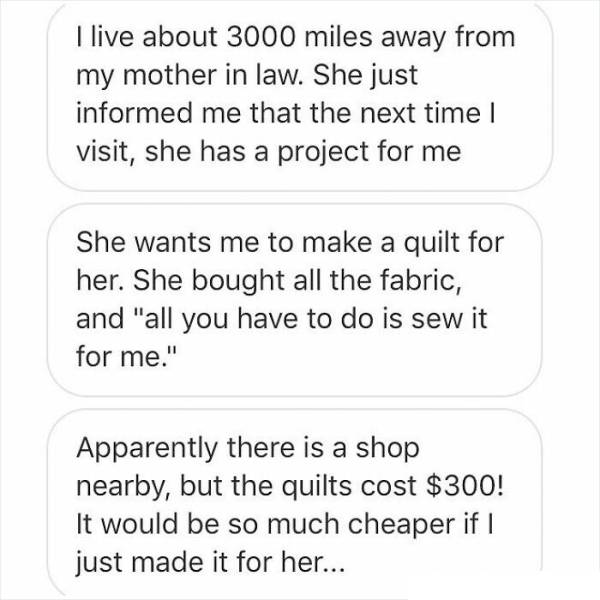 “My Mother-In-Law Is Why You Can’t Find Paper Goods. This Is Only One Of Four Rooms” 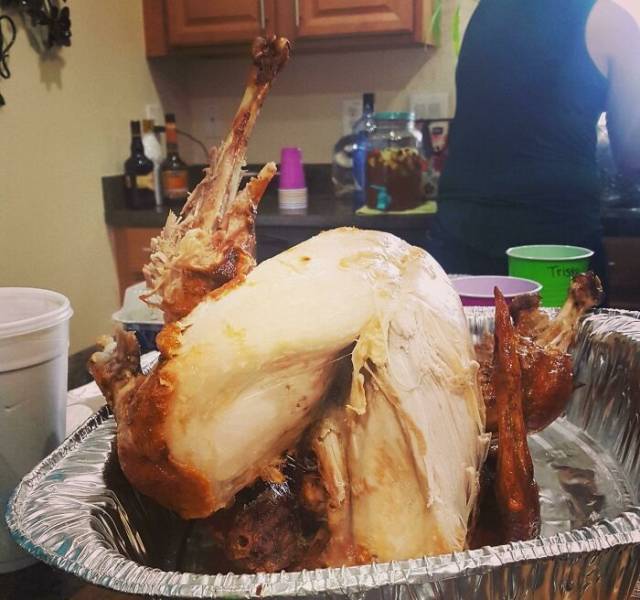 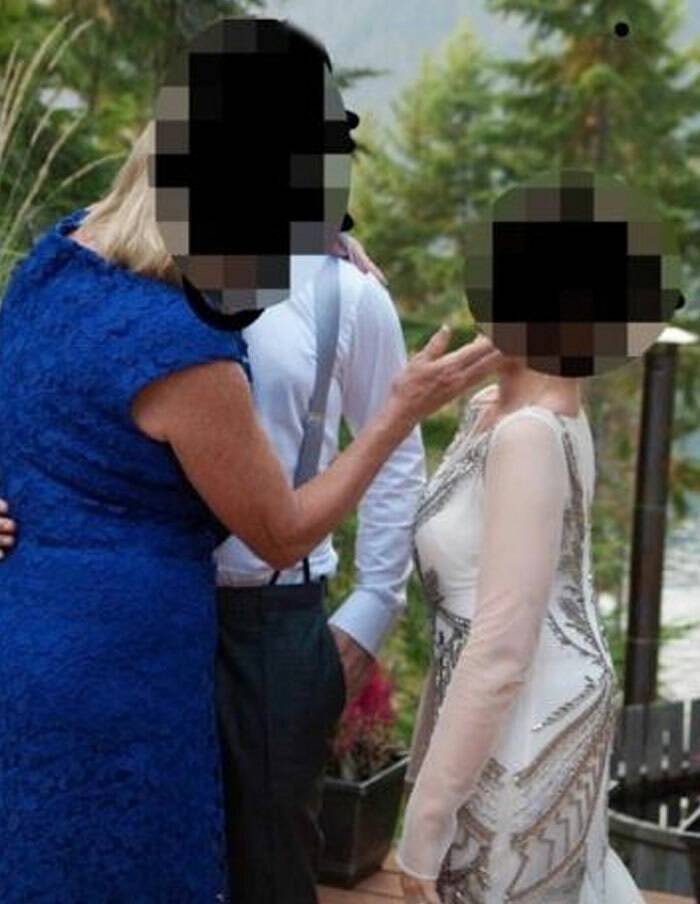 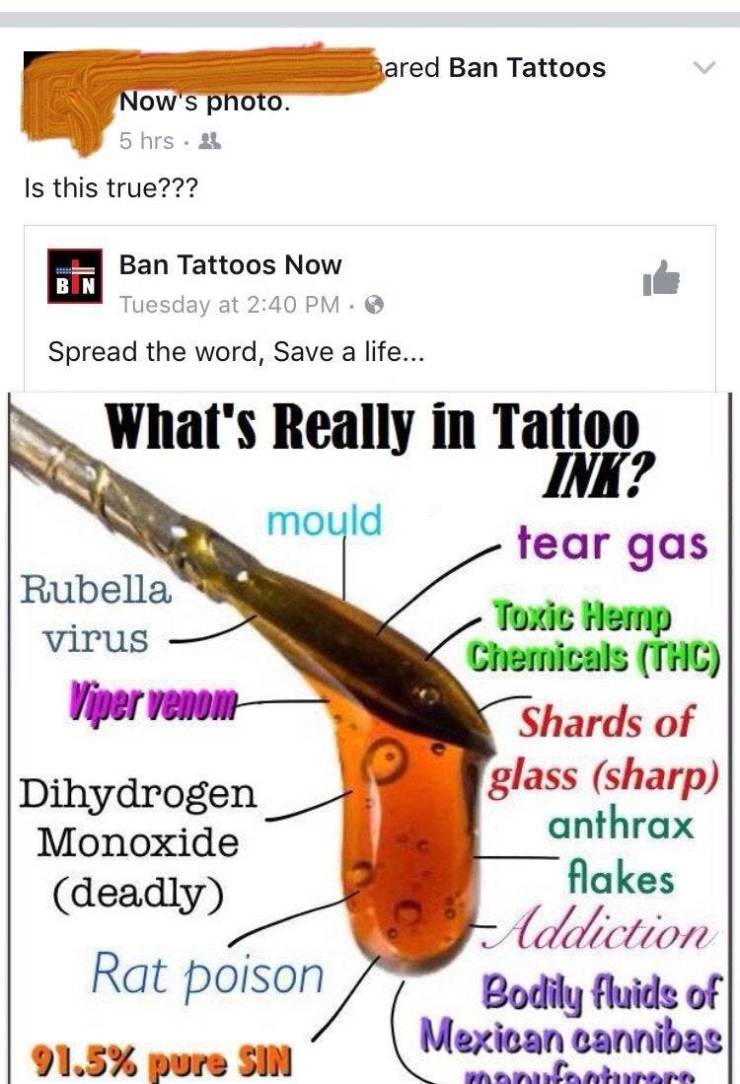 “Mother-In-Law Just Served Me This Piece Of Cake…” 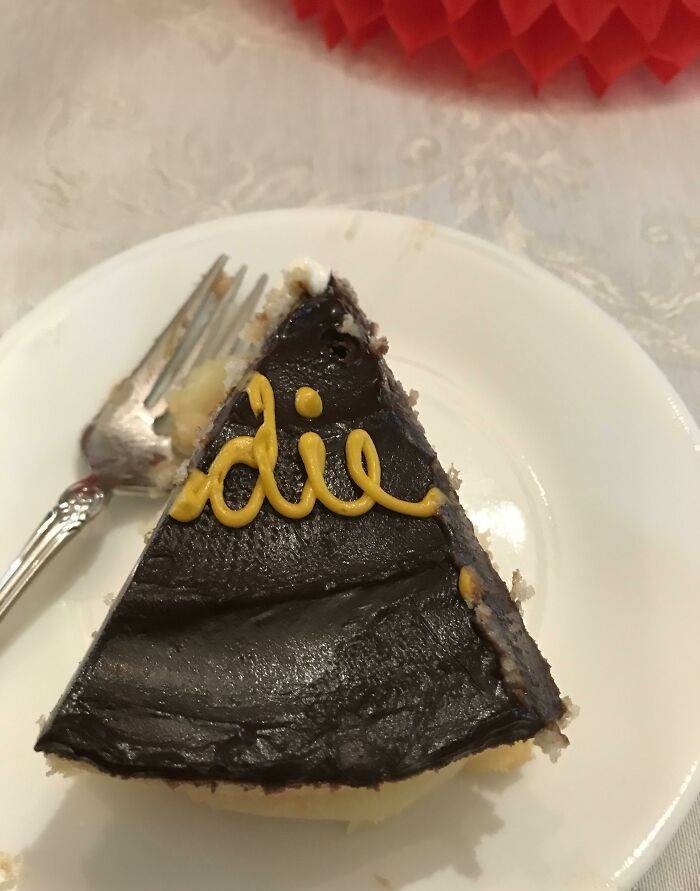 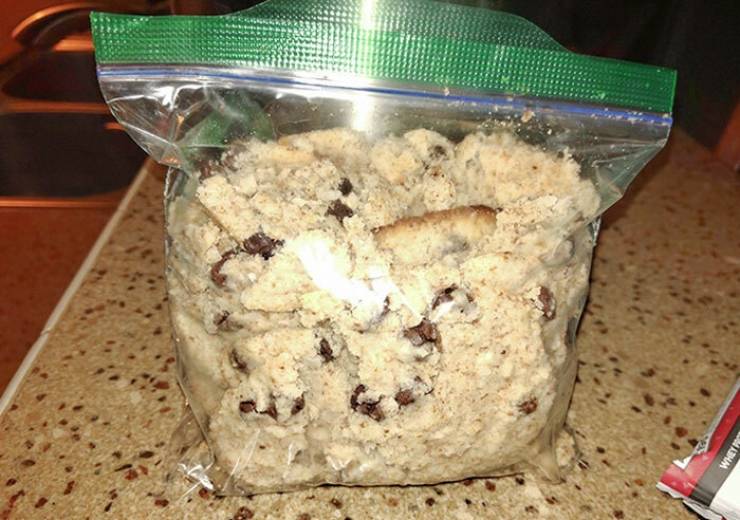 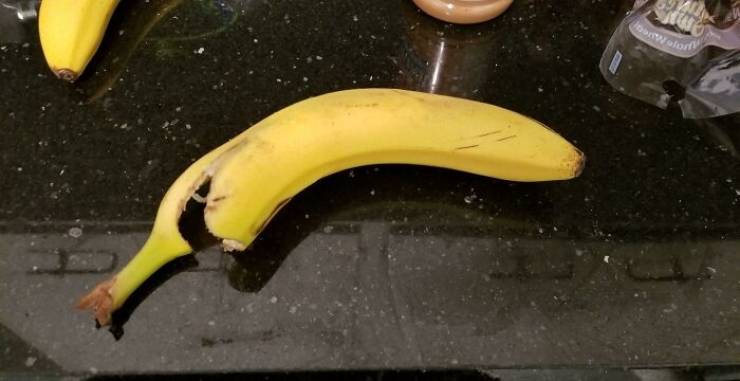 “Mother In Law From Hell!” “How My Mil Loaded My Dishwasher. How Does Someone Like This Even Function As An Adult?” 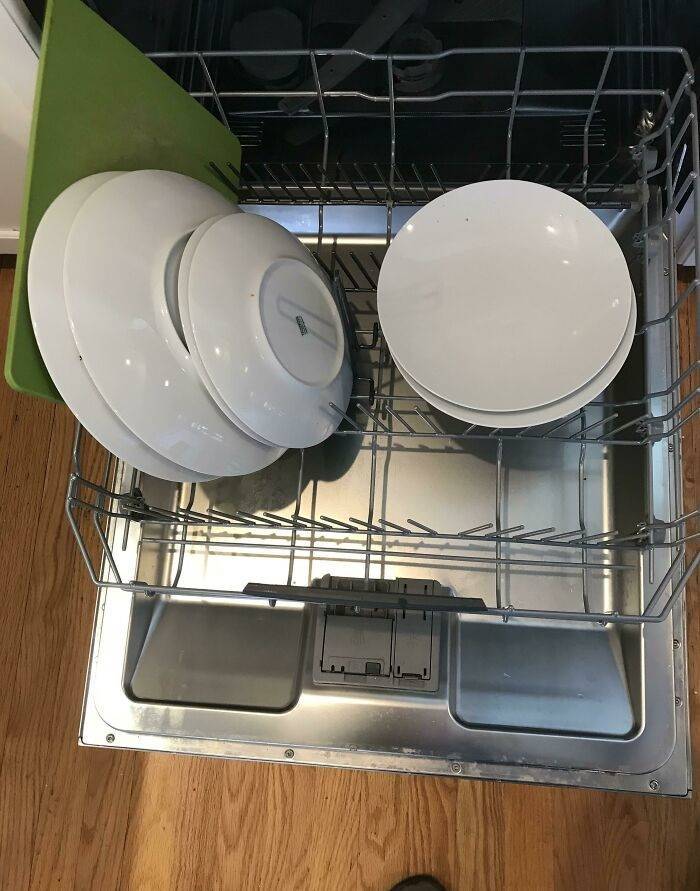 “Well, My Mother-In-Law Put The Rice Cooker In The Oven. And Didn’t Tell Anyone. Pre-Heated To 450” 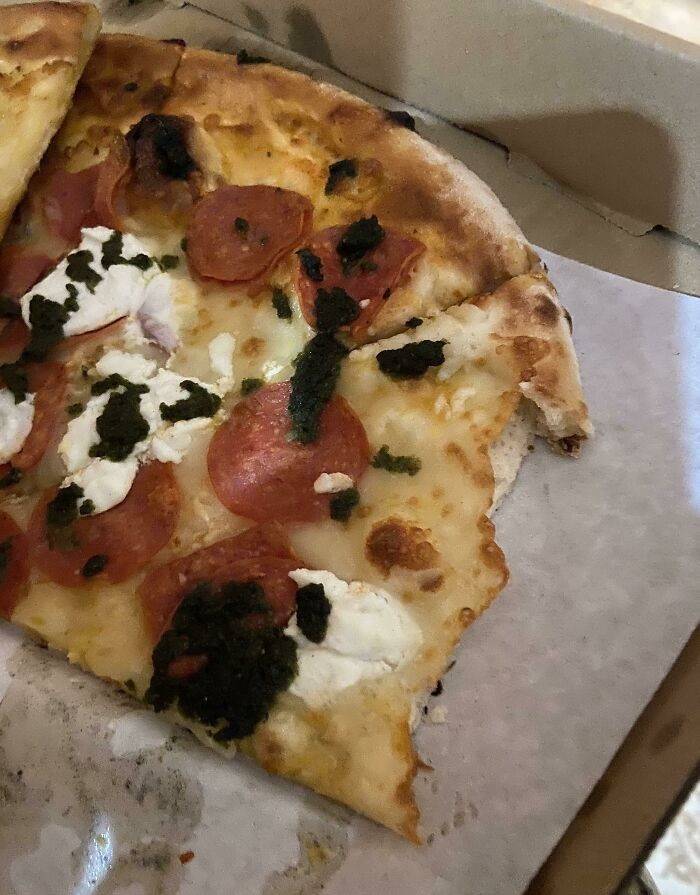 “How Mil Communicates My Profession In Her Annual Holiday Letter”

“My Mother-In-Law Was Complaining That She Couldn’t Get The Coffee Grinder To Work. This Is A Pencil Sharpener” “The Way My Mother In Law Cut The Cake” “My Mother-In-Law Has Visited…” “How My Mother-In-Law Takes Butter From The Tray” 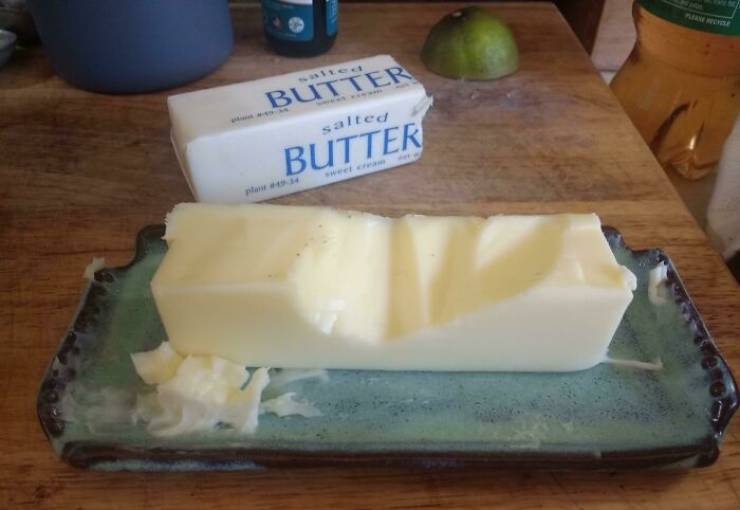 “My Mother In Law Stopped By And Fed The Dog” “My Mother-In-Law Is Staying With Us For A Couple Weeks. This Is How She Cuts Brownies”