So There’s An Island Where Happy Pigs Swim All Around. And It’s Every Bit As Awesome As It Sounds. 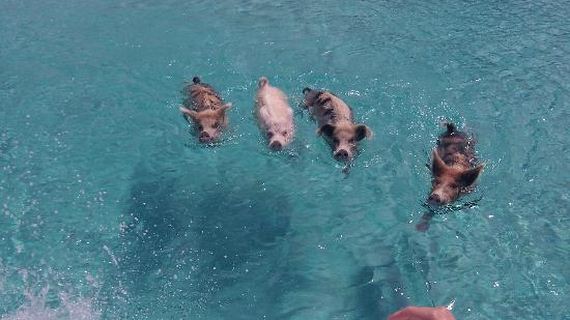 If I had to get trapped on an uninhabited island, I’d wish for Big Major Cay island in the Bahamas.

You see I wouldn’t technically be alone on the island, I’d be sharing it with the happiest pigs ever. Pigs that love nothing more than a good swim. Yes… swim.

These swimming pigs have become so famous that the island is unofficially known as Pig Beach or Pig Island by the locals…although, personally I’d have gone for The Bay of Pigs. 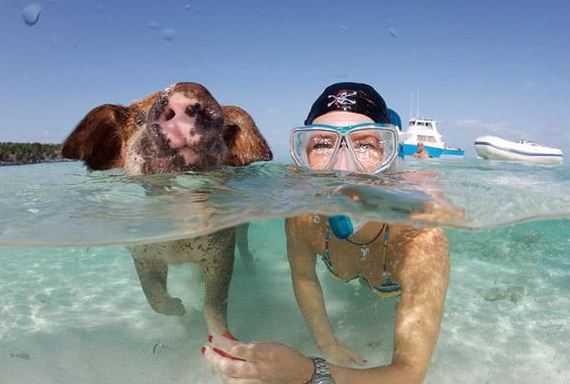 Look at these little guys! They are clearly having the time of their lives! 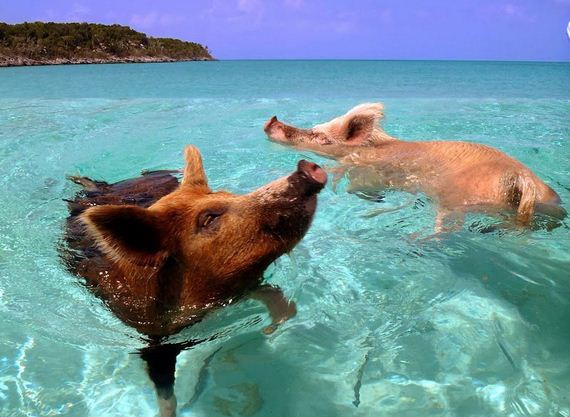 A local legend says the pigs were dropped off on Big Major Cay island by a group of sailors who wanted to come back and cook them. The sailors, though, never returned and the pigs survived on excess food dumped from passing ships. 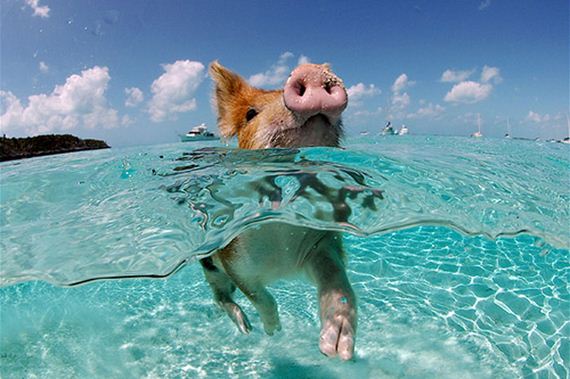 One other legend has it that the pigs were survivors of a shipwreck and managed to swim to shore, while another claims that the pigs had escaped from a nearby islet. 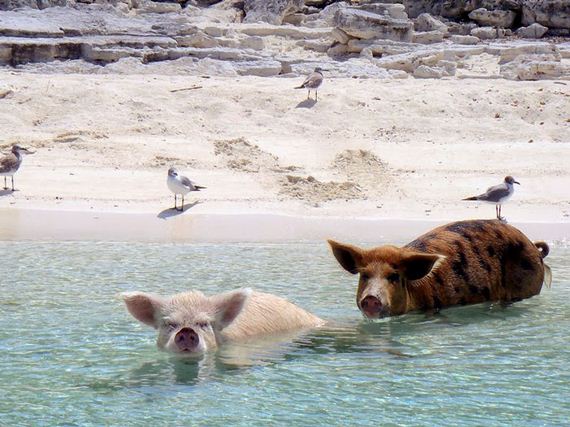 Others have suggested that the pigs were part of a business scheme to attract tourists to the Bahamas. 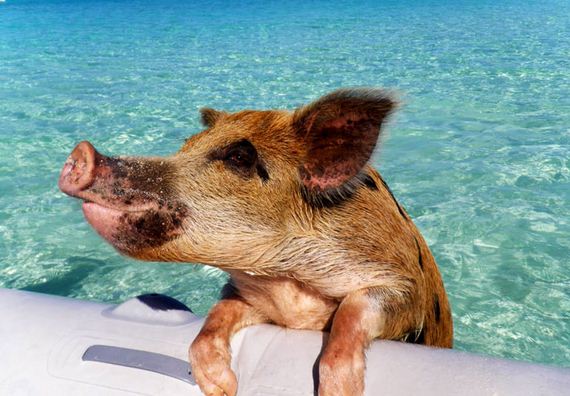 What ever the reason, the happy swimming pigs are now fed by locals and tourists. 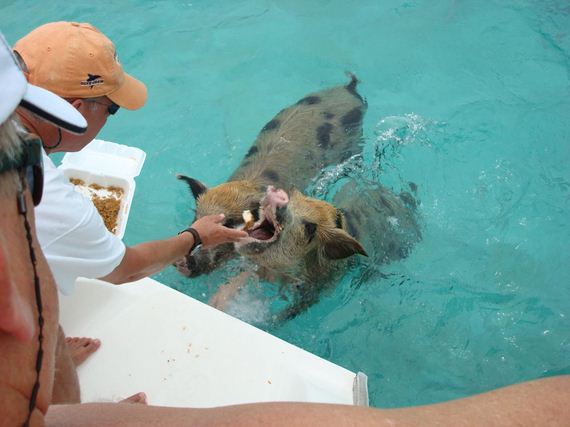 These pictures really don’t do justice to just how much fun these pigs are having in the sea. So check out this video below. It’s seriously the single greatest thing you’ll ever see.

Previous I Should Feel Bad For What Happened To This Family. But Their Epic Reaction Is Simply Brilliant.
Next They Spotted ‘Something’ In The Middle Of A Dirt Road. Nothing Could Prepare Them For This…