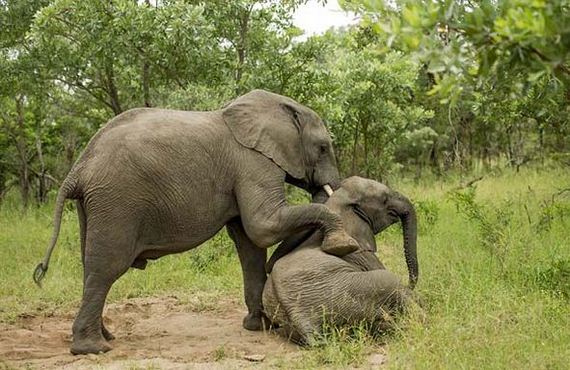 They say elephants never forget… but we have a feeling this group of elephants might have some trouble remembering some things the next morning.

In Kruger National Park in South Africa, a small herd of elephants were found stumbling around. No one fed them alcohol, these elephants got themselves drunk. They found and ate massive quantities of fermented marula fruit. Fermentation is a natural, metabolic process that converts sugar to acids, gases or alcohol. When that fruit in particular fermented, it turned into edible alcohol that the elephants gobbled up. 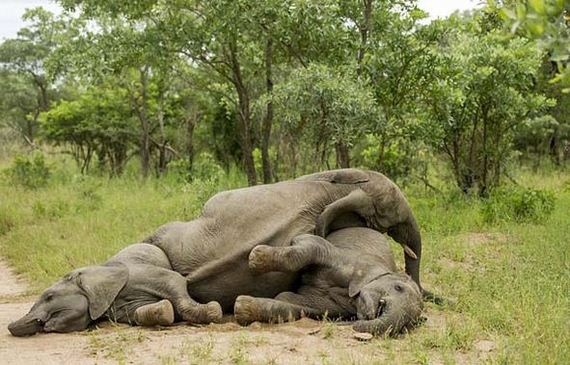 And it turns out they were just having a wild night. 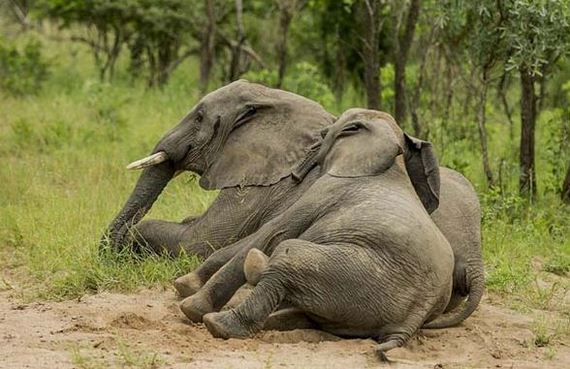 After eating the fermented fruit, the young elephants were inebriated. 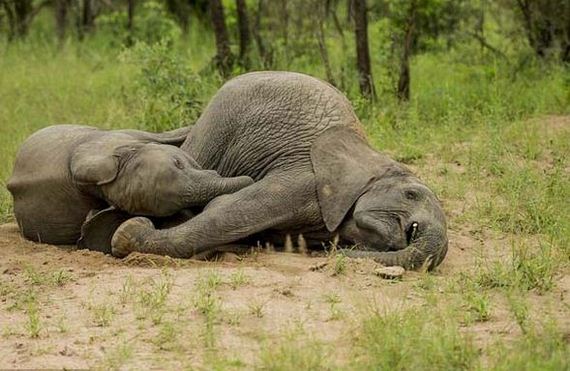 Although, it’s possible they were a little tipsy from eating the beetle pupae that live in the bark of marula trees. 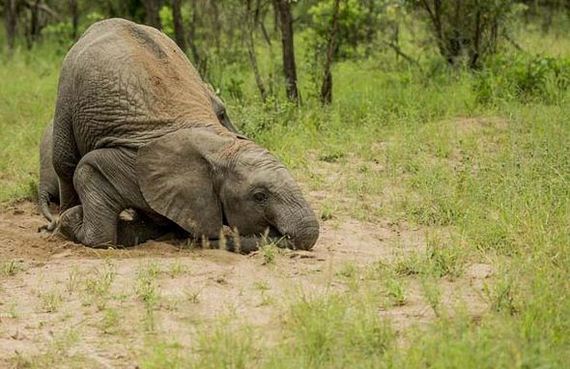 No matter how it happened… 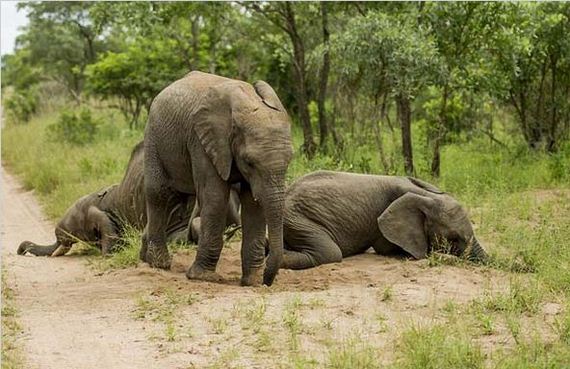 These elephants were wasted. 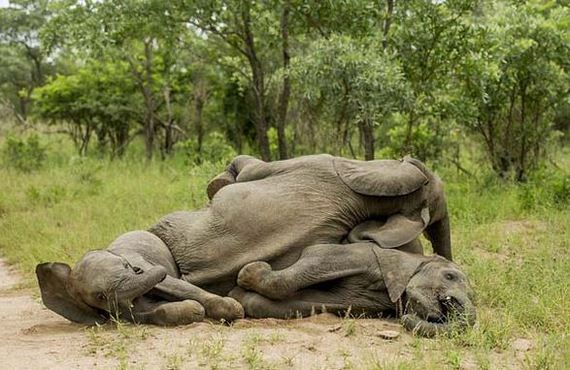 Once someone calls their mothers, they’re going to be in SO much trouble. 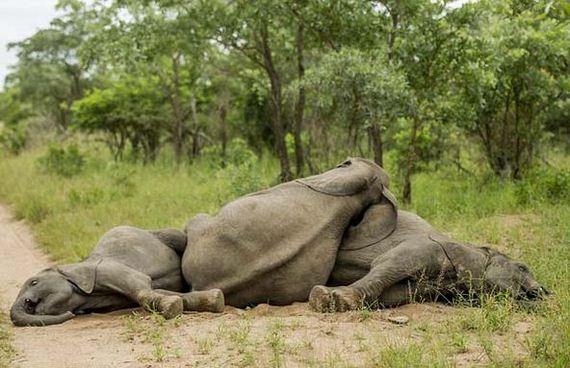 Hopefully they didn’t have an elephant of a hangover. Even though the animals were intoxicated, it was from a natural cause and they were put to right after a long night of rest (and maybe some Advil in the morning).
We have to admit though, their drunken party was pretty hilarious… so share it with others!

Previous These 29 Business Cards Are So Brilliant You Can’t Help But Keep Them. But #17, That’s Just Wrong. LOL.
Next You’re Probably Not Going To Believe What’s On These Women’s Heads. Tradition Or Disgusting?