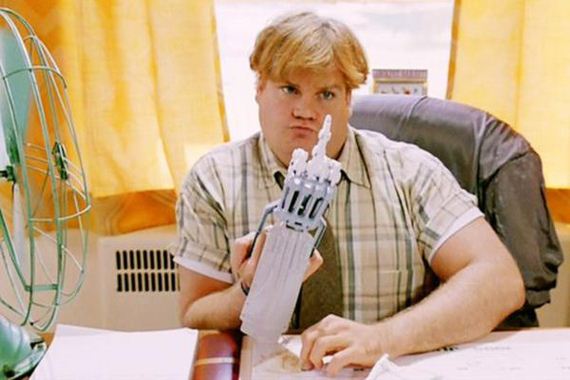 On the exam grade board at the bottom there is a student named “Helen Keller” who got an F.

Rob Lowe is uncredited in his role. He played Tommy’s brother just as a favor to his friend Chris Farley, since he was under contract to The Stand at the time. 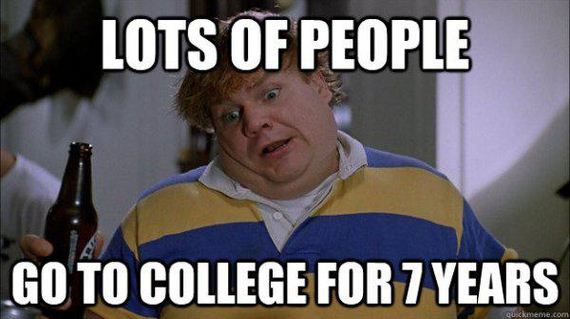 Tommy graduates from Marquette, which is where Chris Farley actually went. 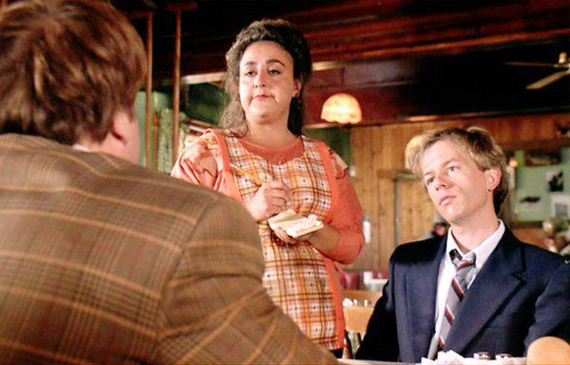 The waitress was originally supposed to be played by Roseanne Barr, but she had a scheduling conflict and couldn’t make it. 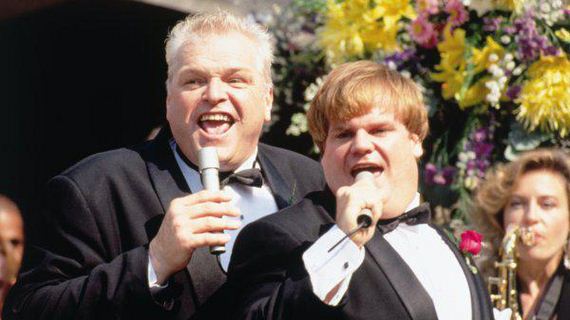 Richard says that Big Tom, played by Brian Dennehy, was like a father to him. Years later, Dennehy actually played Spade’s father on Just Shoot Me. 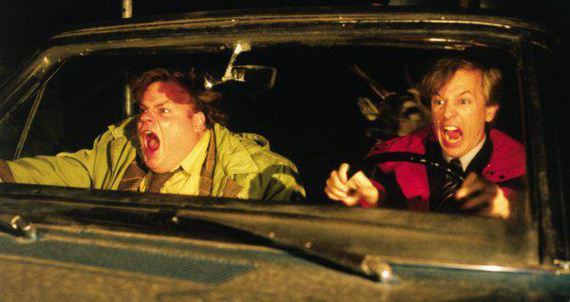 The story is actually based on Hamlet. 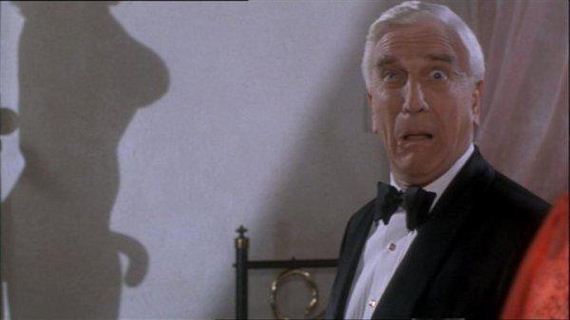 Peter Segal also directed Naked Gun 33 1/3 which is the preview showing in the hotel room. 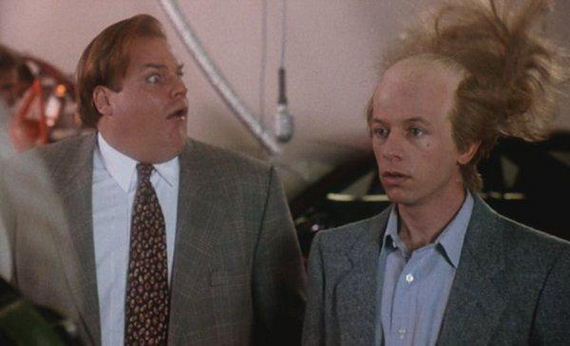 David Spade refused to let the stylist touch his hair, which is why it was messy for most of the movie. 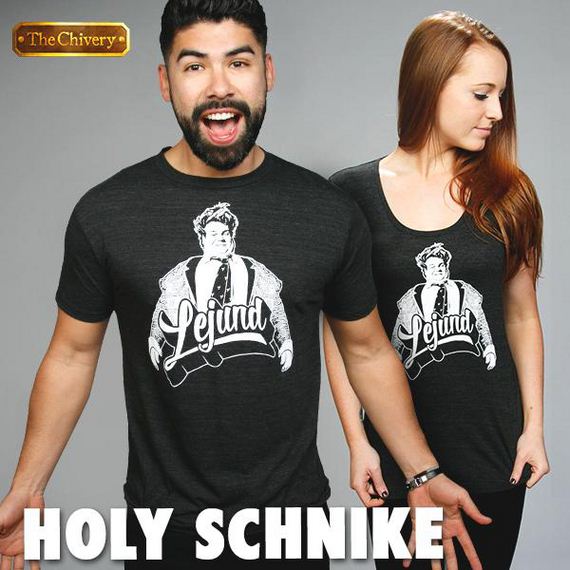 Previous Of The Most Beautiful Movie Theaters Around The World
Next Chart: Raising a Dog vs. Raising a Kid