Some of the most lethal nopes in the world 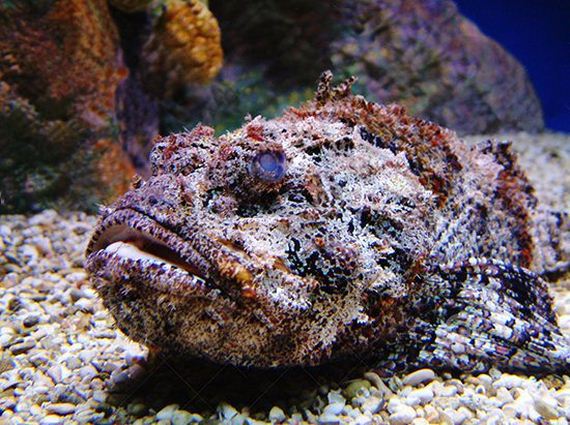 Considered the most venomous fish in the world, its stings are apparently so severely painful that its victims have been known to demand that the affected limb be amputated. As one victim describe the sting, “I got spiked on the finger by a Stonefish in Australia … never mind a bee sting. … Imagine having each knuckle, then the wrist, elbow and shoulder being hit in turn with a sledgehammer over the course of about an hour. Then about an hour later, imagine taking a real kicking to both kidneys for about 45 minutes so that you couldn’t stand or straighten up. I was late 20s, pretty fit physically and this was the tiniest of nicks. Got sensation back in my finger after a few days but had recurrent kidney pains periodically for several years afterwards.” 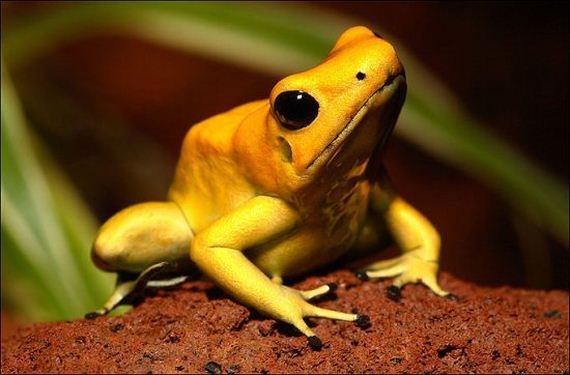 The most poisonous dart frog is the Phyllobates terribilis, or golden poison arrow frog. Found in the rainforest of the Pacific coast of Colombia, its skin is densely coated in alkaloid poison, which prevents nerves from transmitting impulses. This leads to heart failure and fibrillation. On average, these frogs carry an estimated one milligram of poison, enough to kill between 10 to 20 humans. 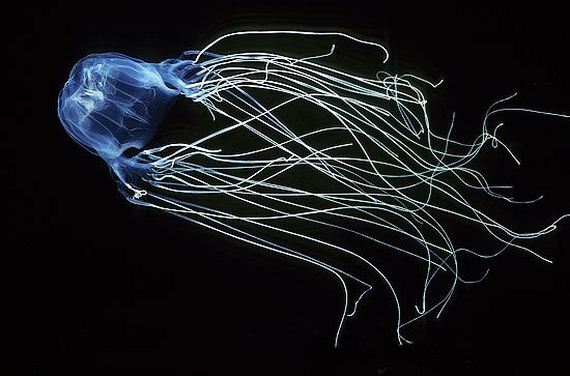 A member of the box jellyfish species, the Sea Wasp is described as the most lethal jellyfish in the world. Its tentacles are covered with millions of explosive cells (cnidocytes) which on contact, release microscopic darts injecting its extremely powerful venom. Its stings are known to be excruciatingly painful and deadly if not treated within as little as minutes. Although most stings are mild, it carries enough venom to kill as many as 60 adult humans. 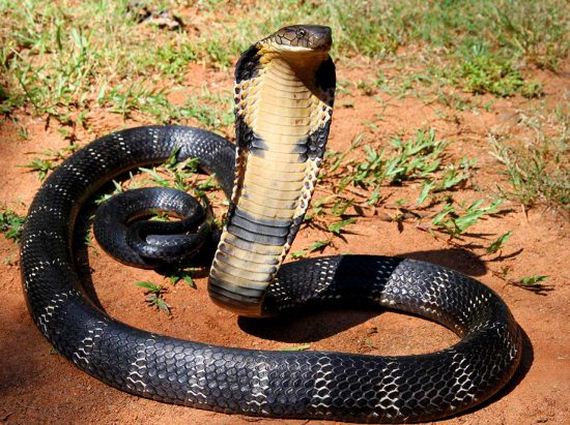 One of the most famous animals and one of the most culturally significant in India, the King Cobra is the most venomous snake in the world. Although 50% of king cobra bites are dry, its venom is deadly when delivered at full bite. The venom attacks the central nervous system, giving the victim severe pain, blurred vision, vertigo, and paralysis before the victim slips into a coma. Death follows soon after if the victim is not treated with the anti venom. 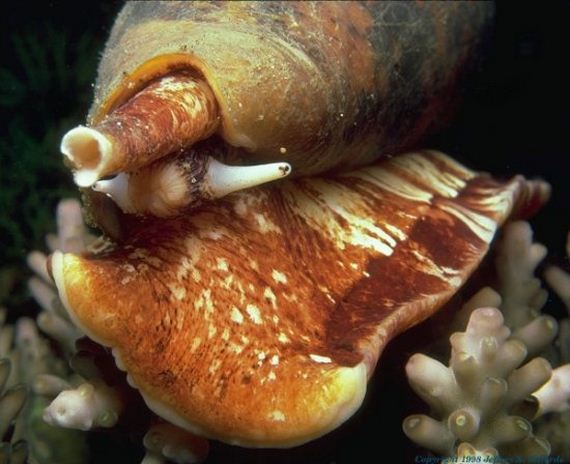 Belonging to a group of predatory sea snails, the marbled cone snail uses harpoon-like structures that contain a hollowed, barbed tooth. When the snail attacks its prey, it extends its harpoon and fires the tooth, injecting its venom. This paralyzes the prey while retracting it into its mouth. Symptoms of the more serious cone snail stings include intense pain, sweeping numbness, and vomiting. Severe cases can involve muscle paralysis, changes in vision, and respiratory failure leading to death. 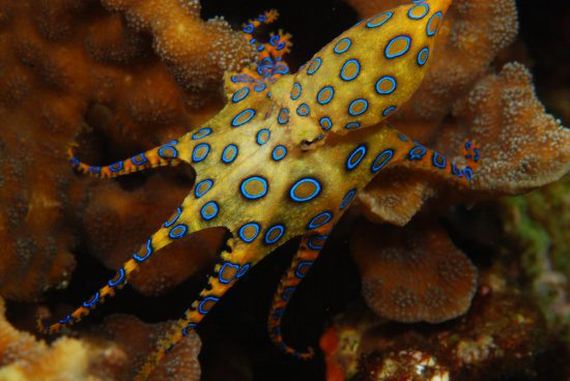 This Octopi has a major neurotoxin component in its venom that is identical to tetrodotoxin, the same toxin found in pufferfish and dart frogs. Tetrodotoxin is 1200 times more toxic than cyanide, causing motor paralysis and respiratory arrest within minutes of exposure. This leads to cardiac arrest due to a lack of oxygen. Despite having enough venom to kill 26 humans in a matter of minutes, the bites are tiny and often painless, resulting in victims not realizing that they have been bitten. 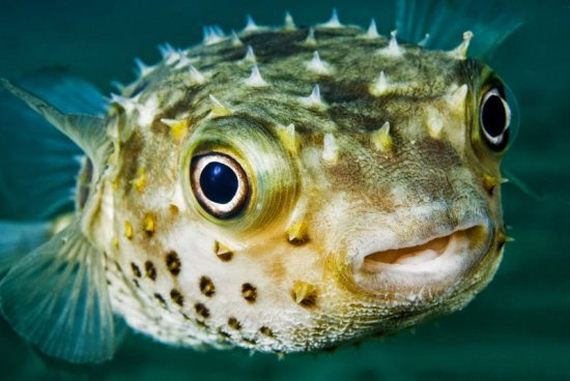 Pufferfishs are considered to be the second most poisonous vertebrates in the world, after the Dart Frog. There are over 120 species of puffers. Considered a delicacy in Japan, the puffer’s poison comes from organs and sometimes the skin. When ill-prepared from specially-trained chefs, the sometimes-lethal poison will begin to numb the tongue and lips, followed by dizziness and vomiting. A prickling sensation will take over the body. Finally, muscle paralysis prevents breathing. 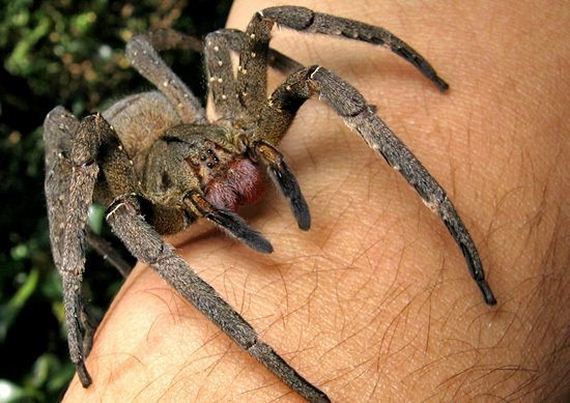 The Wandering Spider gets its name from its adventurous nature. It moves frequently in densely populated areas, seeking cover from daylight in places such as boots, cars, clothes, and banana crates. This means it can hunt you wherever you may live. It is considered to be the most venomous spider in the world, using a neurotoxin known as PhTx3. At severe concentrations, this neurotoxin causes loss of muscle control and breathing problems, resulting in paralysis and eventual asphyxiation. Aside from the unbearable amount of pain, its venom has also been known to cause Priapism (super erections) that can last for hours and lead to impotence. 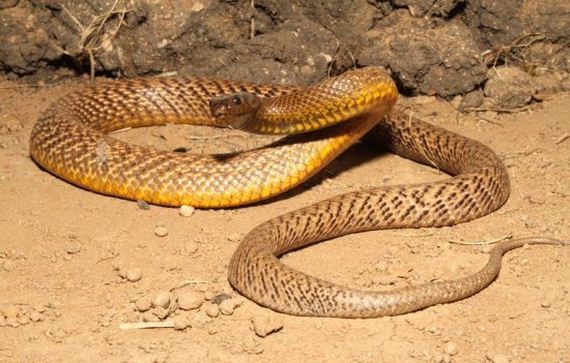 With enough lethality to kill at least 100 grown men in one bite, it is considered to be, drop for drop, the most toxic snake in the world. However, it is not considered the most deadly because of its timid personality and the rarity of contact with humans. 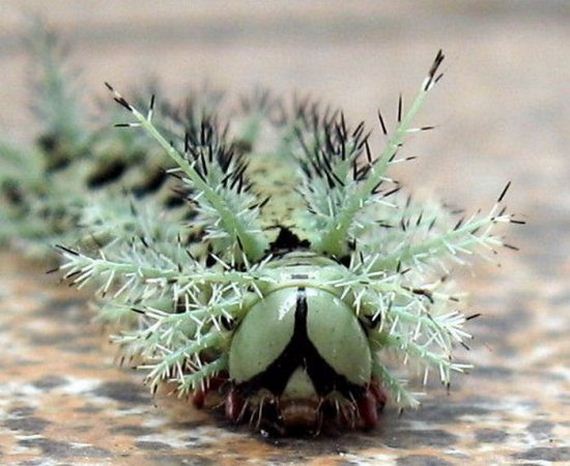 Hailing from South America, the Giant Silkworm Moth is more famous as a caterpillar rather than its moth form. While a caterpillar, it uses tiny hairs to inject its venom into victims. When touched, the toxin immediately interacts with the body, leading to a number of terrible side effects that may lead to death. Inflammatory changes are the first to begin, followed by headaches, fever, vomiting, and malaise. Soon after, the toxin will begin to cause anti-clotting agents in the blood, which causes the blood to begin to leak, resulting in internal bleeding. The bleeding spreads throughout the body. This eventually leads to compression and brain death. Fortunately, it is estimated that in order to get a full dose of venom, one would need to be stung 15-20 times. So, if you see one, try not to pick it up.