Sometimes, I feel like school glosses over the coolest parts of history

There are so many little stories throughout history that make the past so fascinating. Except no one really talks about them. What’s up with that? 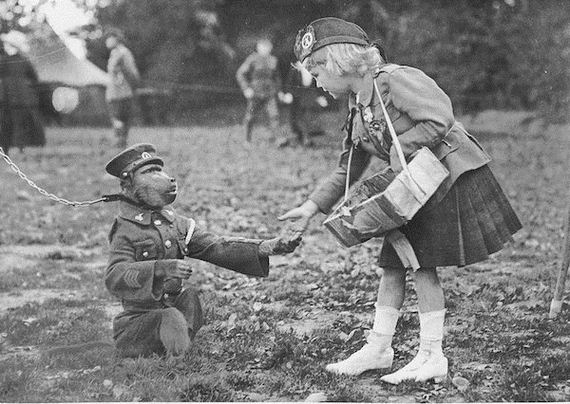 If I knew even half of these facts in school, I would have been slightly more engaged in my classes and probably would have tried a little harder at writing a decent paper. But instead, history class was boring as shit. 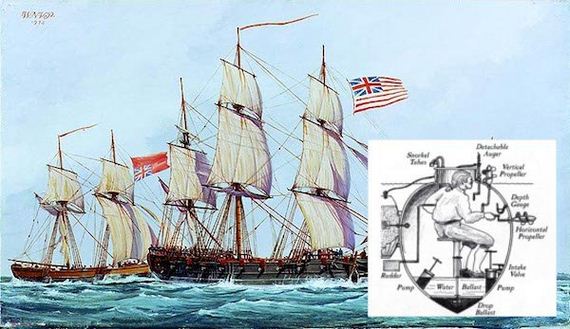 The first recorded submarine attack was in 1776.
The Turtle, invented by David Bushnell, was a one-person submersible vehicle that would allow the occupant to attach a powder keg to a British ship in New York Harbor.

The U.S. Army tried on several occasions to attack anchored British ships this way, but they all failed, due to a wide variety of factors. 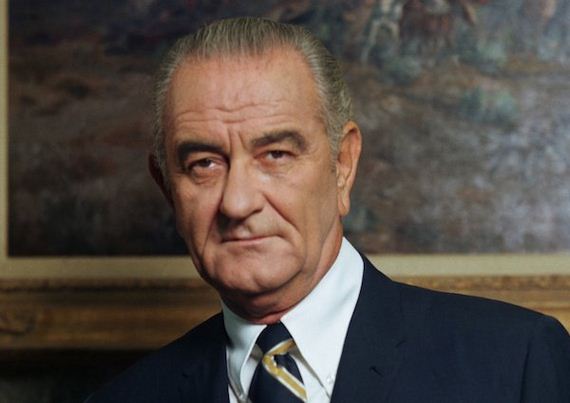 President Lyndon B. Johnson once pulled out his penis during an interview.
As mentioned in THIS post on NSFW history facts, former President Johnson really loved his penis, which he affectionately called “Jumbo.” According to see sources, when he was being interviewed about Vietnam, one reporter kept on berating him asking why the troops were even over there. Apparently, he kept on pushing and pushing until Johnson pulled out his dick and said, “THIS IS WHY!”

Maybe it happened, maybe it didn’t. Either way, that’s how you administer Johnson politics. 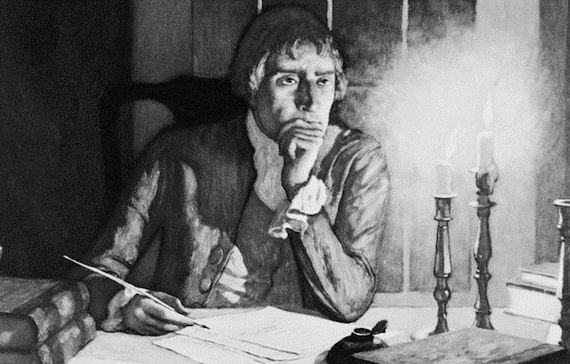 The Declaration of Independence was written on hemp.
Sure, the official copy of the Declaration that still survives today was written on parchment, which is a treated animal skin, but not all copies are like that. Earlier drafts of the Declaration were written on hemp paper, which I’m sure made the process of drafting of all the pillars of America a wild ride. In fact, up to 90% of all paper made before 1883 was made of hemp, and while it’s derived from a cannabis plant, it’s a less potent strain. In all seriousness, it’s not like you could roll up a copy and put on “Ye Darkest Side of the Moon,” and party with your other forefathers. 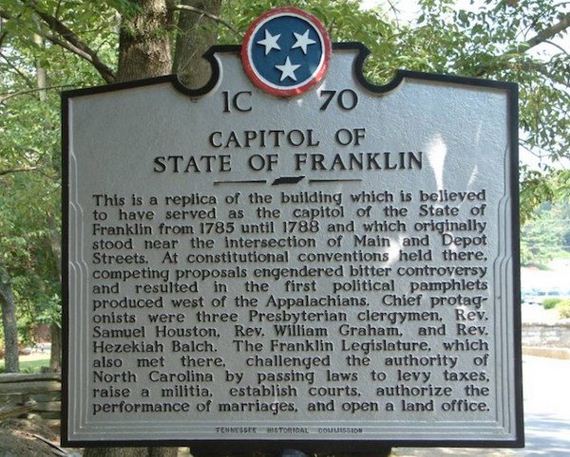 There once was a fourteenth colony in the U.S. called Franklin.
In 1784, some citizens in North Carolina voted to secede from the state, naming their new state “Franklin” in honour of good old, senior-lady loving Ben. Sadly for the colonists inside of Franklin, Congress wouldn’t let them join the union. They continued as an independent republic for a few years, but eventually got absorbed into Tennessee. 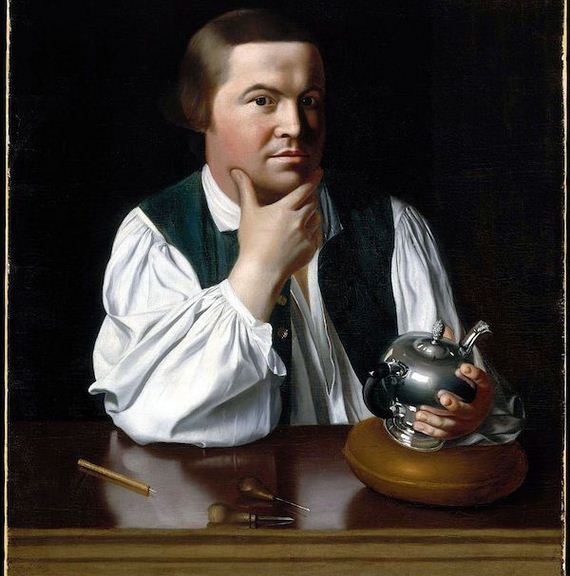 Paul Revere was actually a dentist.
Paul Revere was actually trained as a silversmith, but when there was a recession in the 1760’s, he turned to dentistry to make ends meet. It was while he was working on a majors new dentures, he was asked to go on his infamous midnight ride, to let people know that the British were indeed coming. 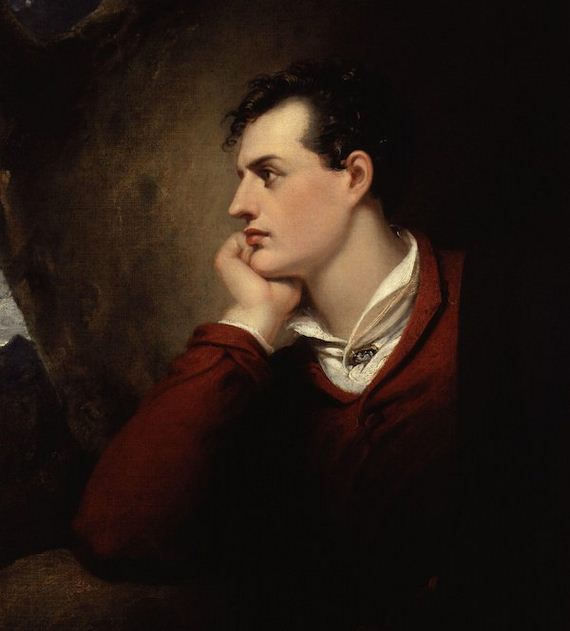 Lord Byron actually kept a bear in his dorm room.
When the poet became a student at Trinity College, Cambridge, in 1805, he was told pet dogs were banned. So he brought a (tame) bear to live with him, instead.

I’m sure that meant some confusion when Byron told his bear, “I’m gonna bring some honeys back to the dorm for some poetry and chill. Make yourself scarce.” 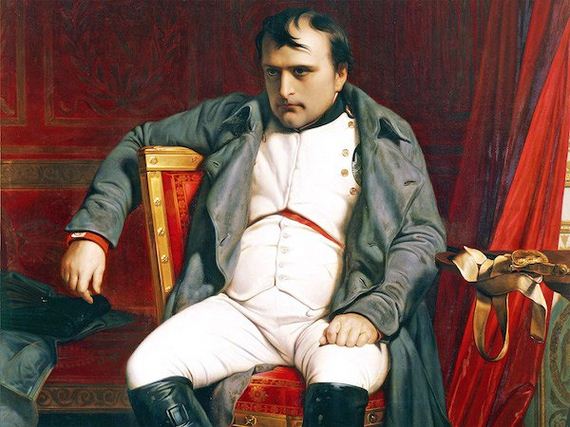 Napoleon was once attacked by swarming bunnies.
The French emperor’s chief of staff collected hundreds of rabbits for a rabbit hunt that Napoleon wanted to hold. But when the bunnies were released from their cages, they swarmed Napoleon and his guests. Napoleon ended up running away from his rabbits instead of hunting them. 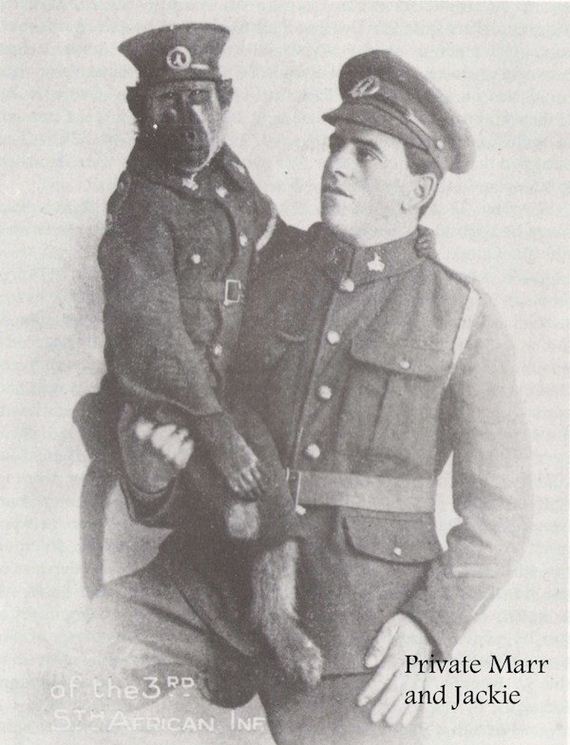 A baboon was made a corporal by the South African army in 1918.
The baboon, who was found and ‘adopted’ by a farmer/soldier named Albert Marr, was named Jackie. Jackie actually saw battles in World War I, and would warn his regiment of the enemy approaching.

After he got injured by shrapnel and discharged, he was awarded a medal of valour. 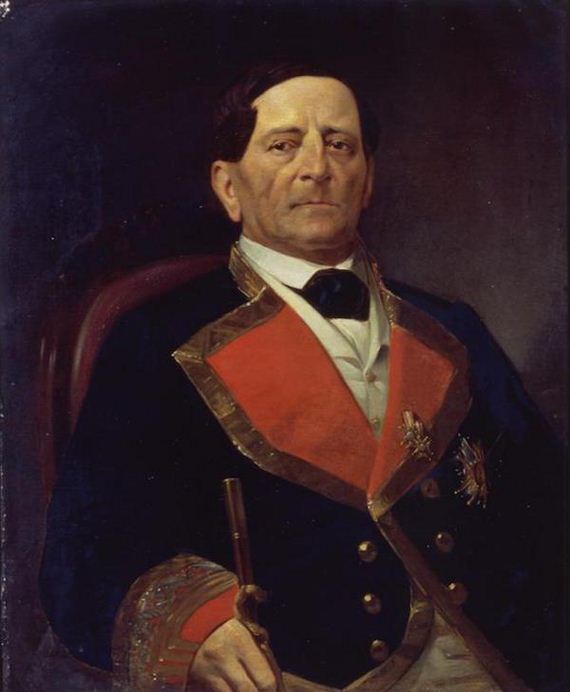 Forty years later, after living in the US in exile, he came home to have the rest of himself buried with the same honours. 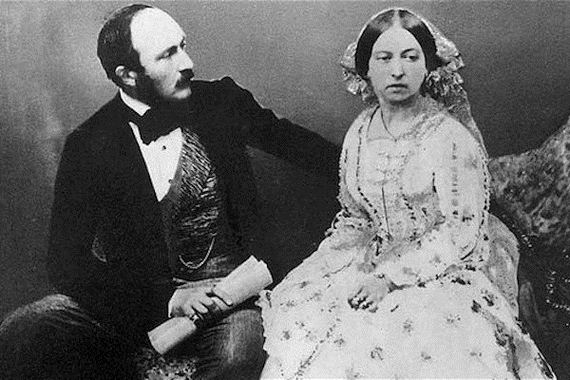 Queen Victoria and Prince Albert received a giant block of cheese as one of their wedding presents.
Though it looks like they’re fighting, they were actually quite happy with the gift of cheese. The half-tonne cheddar began life in June of 1839, and was presented to the Queen in spring of 1840, a few months after her wedding. She said she preferred a more aged cheddar, and it was returned for more aging. However, the cheese never made it back to Victoria and Albert, and may eventually have been fed to pigs. Bet they were cheesed about that. 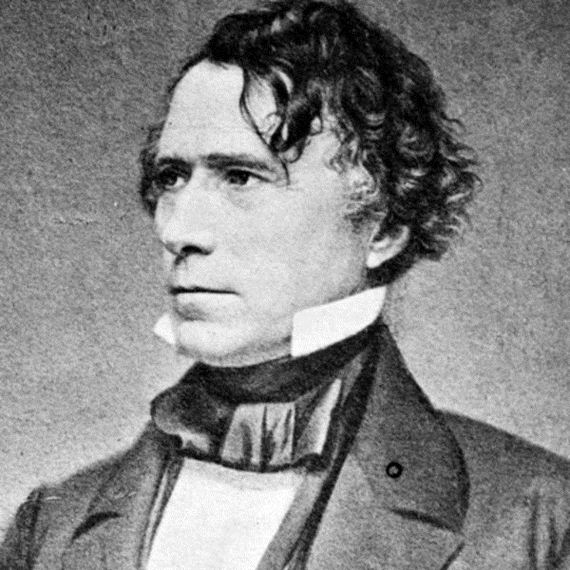 President Franklin Pierce was once arrested for running a woman over with his horse.
This actually happened during his presidency and the charges were eventually dropped. Frankly the whole term went just as well as this incident – as in not very smoothly. 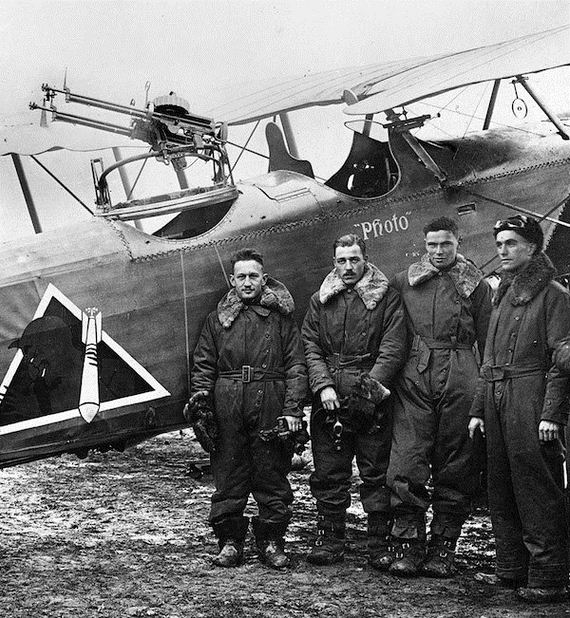 At the start of Wold War I, the US Air Force only had about 18 pilots.
Those 18 pilots had to share 10 planes. After training with the RAF, they got access to more hardware and slowly built up their fleet. Now there’s over 5,000 aircraft in the US Air Force. 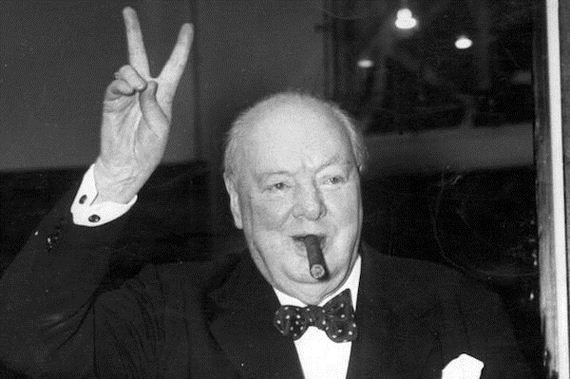 Former British Prime Minister Winston Churchill smoked up to 15 cigars a day.
Surprisingly enough, he lived to the ripe old age of 90 and died of a stroke – not lung cancer. 7-Up used to contain Lithium.
By now, you’ve probably heard that Coca-Cola used to contain cocaine, but did you know that its citrusy cousin, 7Up, used to contain lithium, a mood-stabilizing drug now used primarily to treat folks with bipolar disorder? Lithium was in the recipe all the way up through the 1950s.

No wonder my grandparents always seemed to happy in old photos. 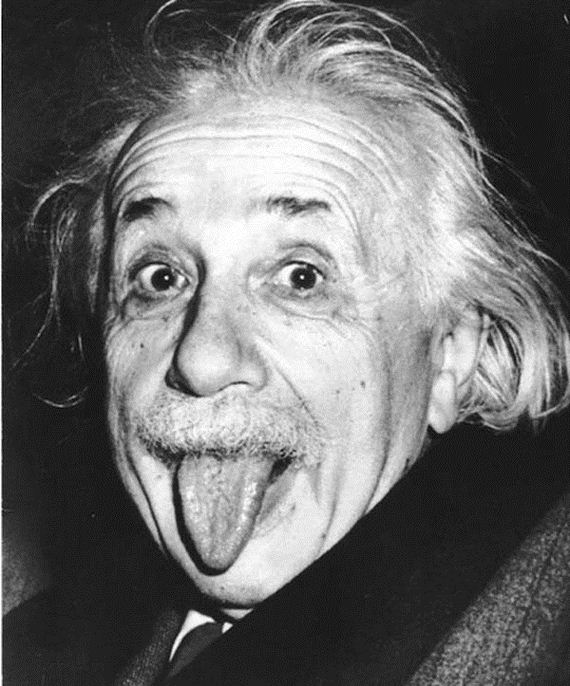 Albert Einstein was once offered the presidency of Israel.
He declined it, however, saying that he didn’t have the people skills that would be needed to run a country. 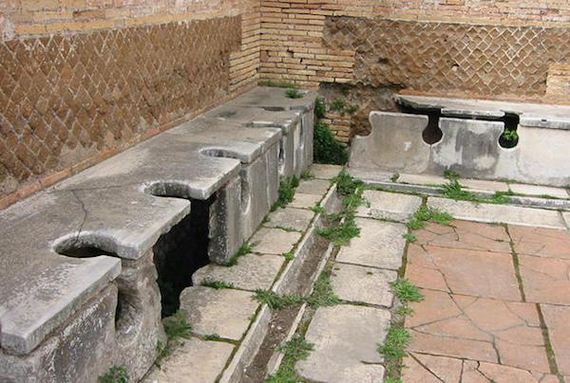 The ancient Greeks and Romans used urine as mouthwash.
They believed it could help stave off a number of diseases and whiten their teeth. As ammonia is an active component in urine, it actually was believed to do the trick. Apparently, it was so popular that it was imported from all over the Empire, as people had different ‘preferences.’ Gross. 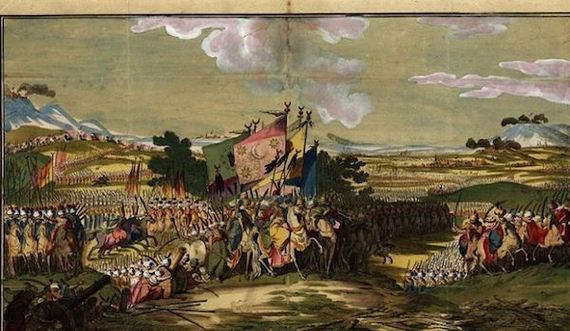 The Austrian Army once attacked itself and lost.
In 1788, the Austrians were scouting for forces of the Ottoman Empire near the city of Karansebes, but two different sections mistook each other for Ottomans, and fired on each other instead. 10,000 soldiers died, and two days later, the Ottomans showed up and captured the city. 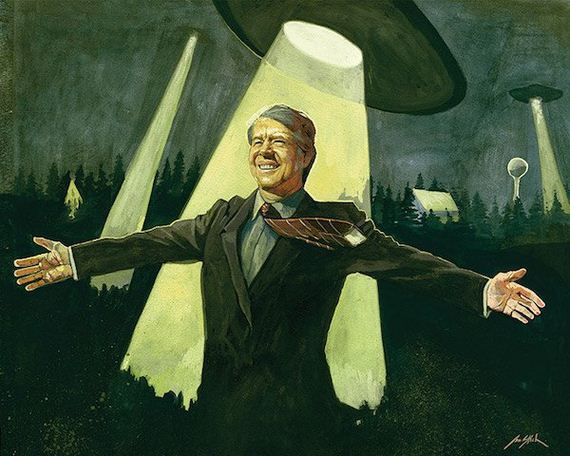 President Jimmy Carter once filed a UFO Report.
While serving as the Governor of Georgia, he filed a report claiming to have seen a UFO. Wonder what he did when he finally was President and got to see all the secret files.

Wonder if he was right? 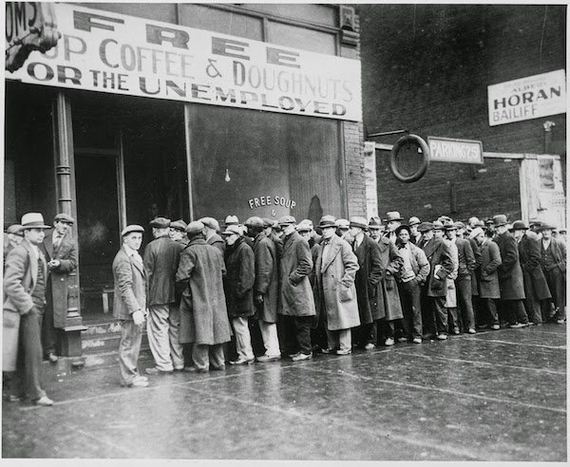 Mobster Al Capone started one of the first soup kitchens.
Sure he was a mobster, dodged his taxes, etc… but during the Great Depression he was doing more for unemployed people than the Government. It’s said that he served over 120,000 needy Chicago citizens. Maybe he wasn’t such a bad guy at all. 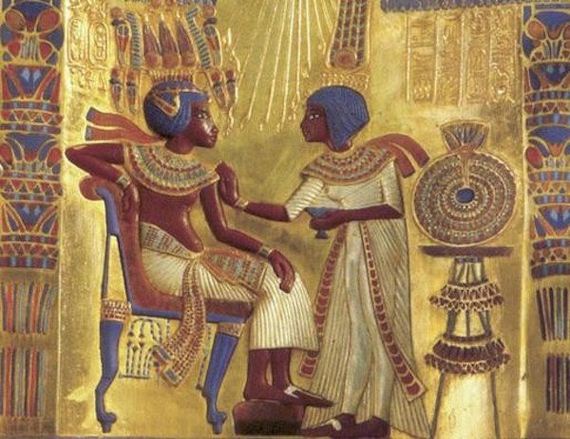 King Tut’s parents were brother and sister.
According to DNA tests, Tutankhamen’s mother and father had the same dad. Gotta keep it in the family, I guess. 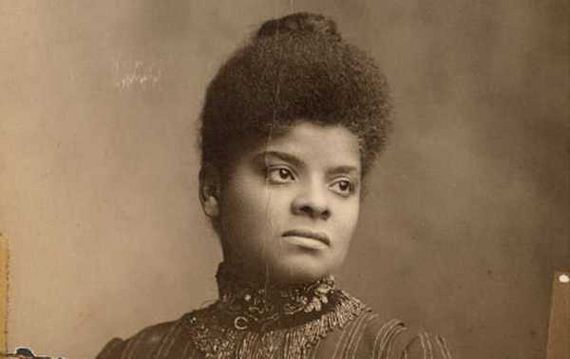 Journalist and Civil rights activist Ida B. Wells once bit a conductor on the hand.
In 1884, a conductor was attempting to force Wells to give up the train seat she paid for to a white man, and she refused. She later sued the railroad company and won. 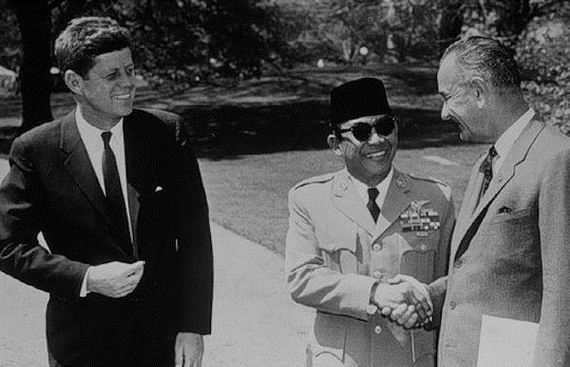 Previous Survival Of The Hungriest
Next A Very Dangerous Picture