Hopefully you never have to learn this fact for a long, long time, but there’s a whole catalogue of symbols and carvings that you can place on a headstone, to commemorate the life of a loved one. As sad and depressing as that can be, it’s also pretty fascinating. When it comes to older gravestones, in those hidden and overgrown cemeteries that dot the nation, there’s a wealth of odd and intriguing carvings. 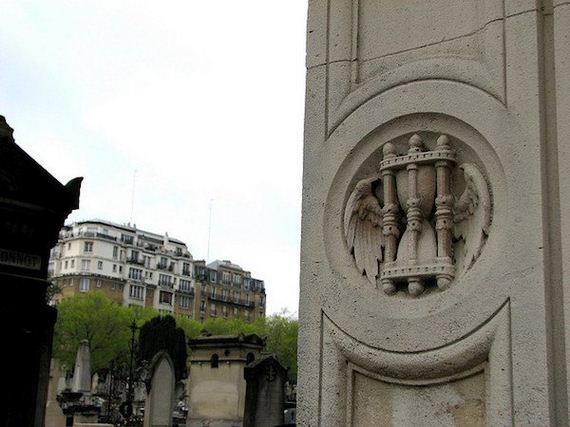 Each symbol, from doves, to clasped hands, to a draped urn, has a very specific meaning that’s both uplifting and creepy. 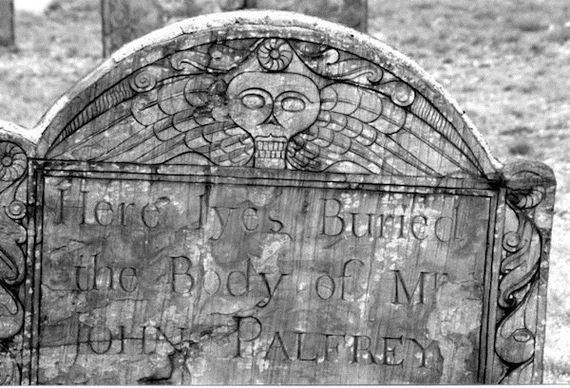 Winged Skull
Becoming popular in the 17th and 18th centuries, it represents the fleeting nature of mortality. The skull with wings represents the deceased’s soul soaring up into the heavens and into the afterlife like a winged bird. 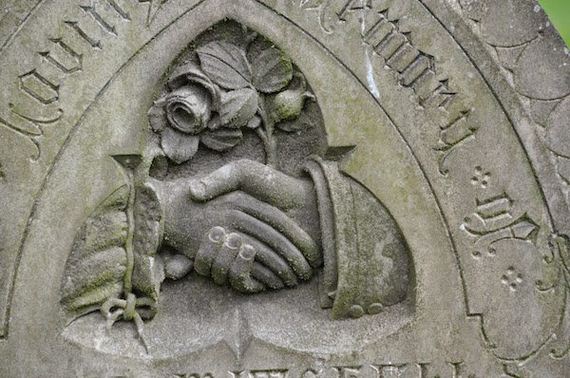 If you see hands clasped like this, it means a final goodbye between a married couple. 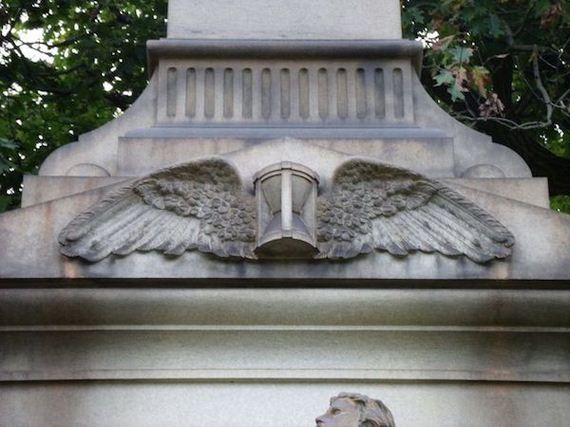 Flying Hourglass
Similar to the winged skull, it represents the passage of time – as in ‘time flies.’ Usually used when someone’s had a short life, it represents time passing so quickly, it’s as if it had wings. 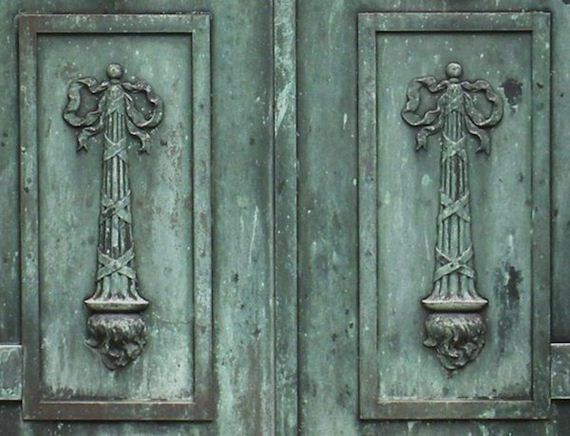 Inverted Torch
When you see an inverted torch, it’s meant to inspire hope and confidence. It’s hoped that the person within is at rest and their life is very much burning on in the afterlife. It means that they’re at peace and watching over their loved ones on Earth. 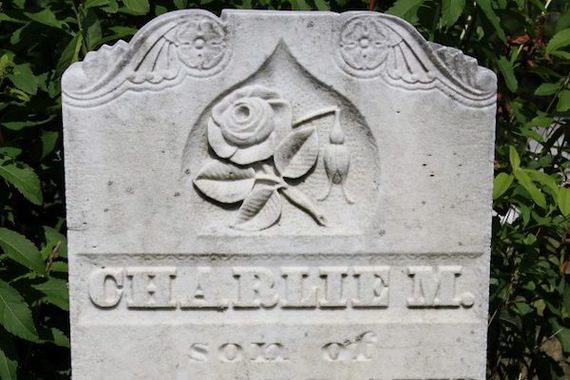 A Snapped Rose
This is usually used on the headstones of women. The bloom of the rose symbolizes the life and beauty of the deceased, while the snapped stem means her life was taken too soon. As well, depending on the size of the rose, if it’s a bud, a small rose, or a fully bloomed one, determines the age of the person when they died. 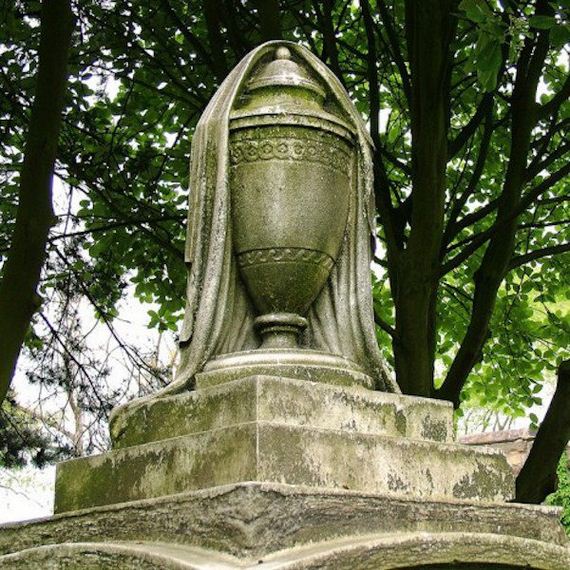 The Draped Urn
This symbol is most common in Victorian cemeteries. It represents the separation between the world of the living and the dead as being as thin as a drape. As well, the drape is a protective element for the body’s soul. 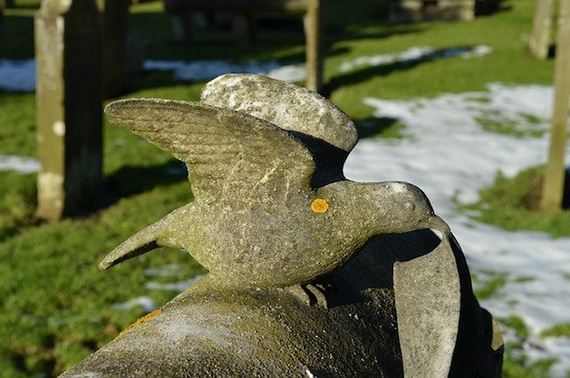 The Dove
This is another symbol that’s primarily found on the graves of women. The Dove represents peace and purity. If the Dove looks as if it’s about to fly away, then it’s demonstrating that the woman is ascending into the afterlife. If the Dove the lying down or lying dead, then it means the person died suddenly. 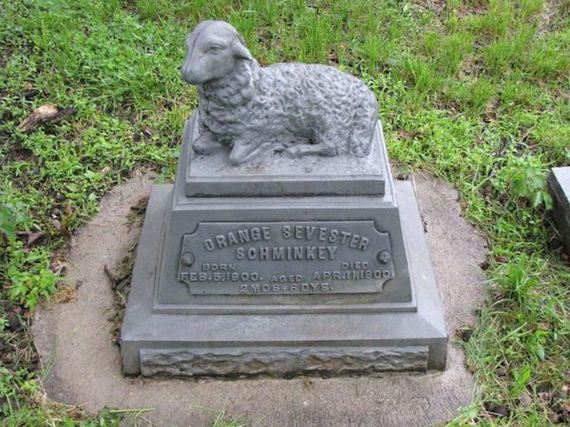 The Lamb
This is one of the more depressing symbols found in the cemetery as well. A lamb means that a the body of a child is buried beneath that particular gravestone. The animal represents the innocence of youth, and also has religious symbolism. 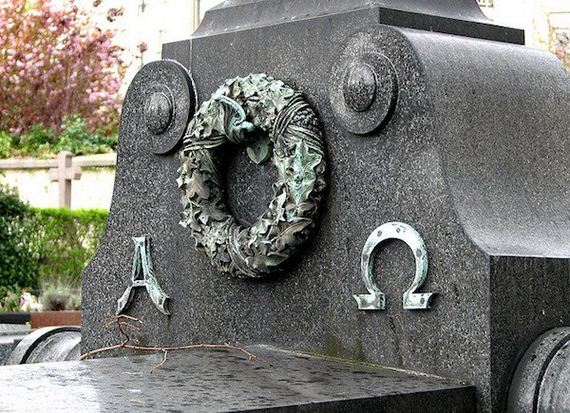 Alpha and Omega
Often overlapped to make one symbol, these are the first and last letters in the Greek alphabet. This symbolizes the beginning and the end. Often tied in with the Chi-Rho or cross, they can also have a laurel wreath around them. This symbolizes the resurrection and life after death. 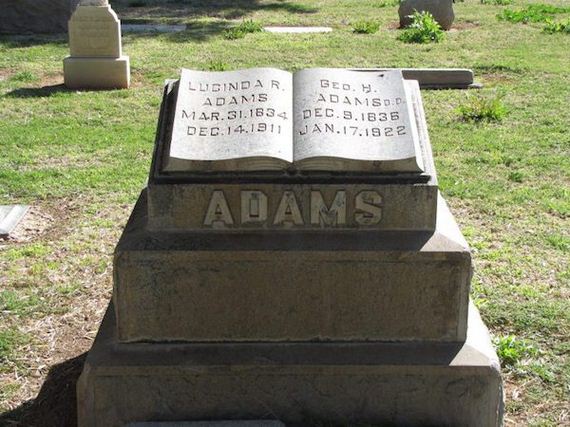 Open Book
This can either represent the Book of Life, the Bible, or can even represent the person’s love of literature. It also symbolizes having and open heart to God and having the good deeds of your life recorded and on display for all to see.

If the pages are blank or dog-eared, then it means a life taken too soon; a story unfinished. 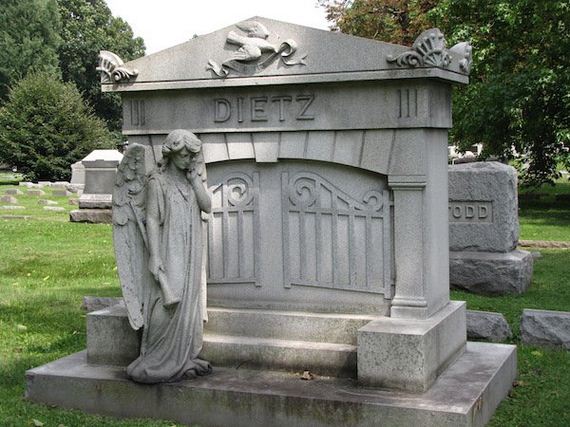 Open Gates
Very seldom do you find the gates of old cemeteries closed. The open passageways to enter the graveyard, and represented on the stones, symbolizes the soul’s journey from the coffins, to the ever after. 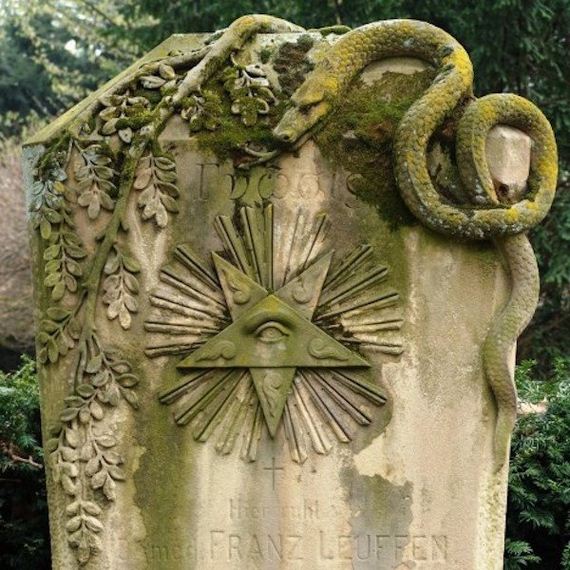 The snake also harkens back to the story of Adam and Eve, and could speak to resisting temptation. 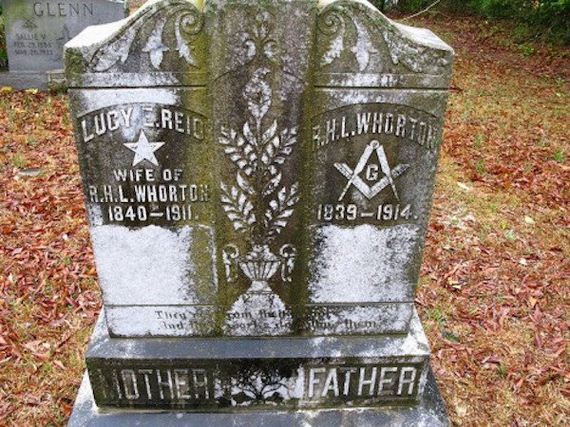 The Square and Compass
This one is pretty obvious. As the most identifiable symbol of Masonry, it’s placed on their graves as the tools of their trade, as also as a symbolic lesson. They also can include the letter “G,” which can stand for either God or Geometry. 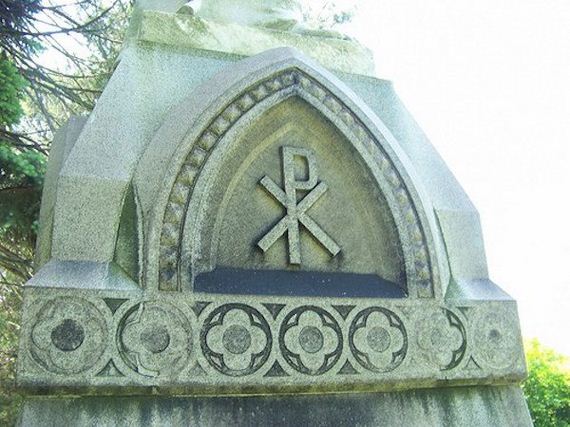 X P (Chi-Rho)
This monogram of the first two capital letters in the Greek word for Christ, was inspired in the 4th century by Emperor Constantine. He wanted a ‘heavenly and divine’ symbol to put on the shields of his soldiers. 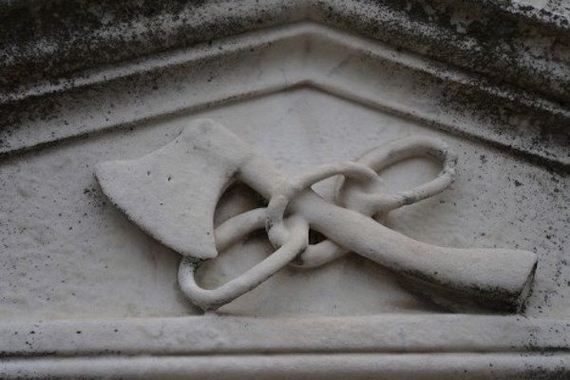 Three Chain Links
Either seen alone, or with the letters F, L & T (Friendship, Love and Truth), this represents certain secret orders. It can be seen on the graves of the Independent Order of Odd Fellows and Freemasons. 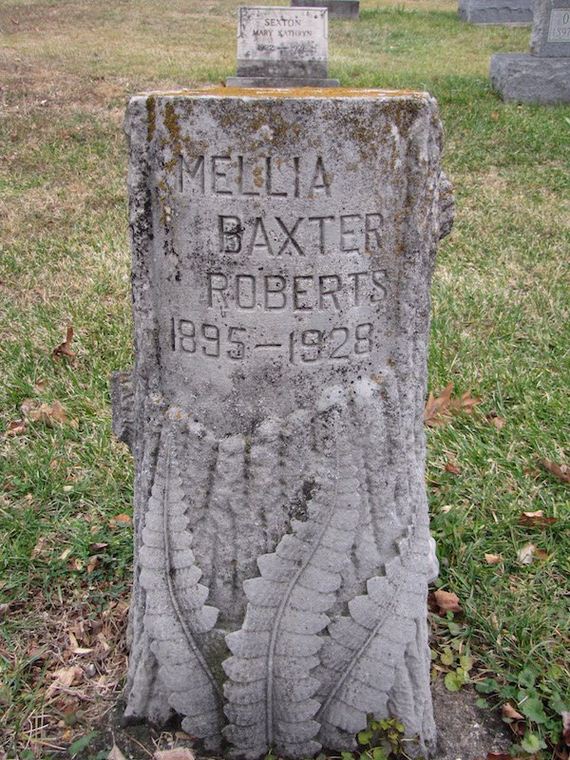 Tree Stump
This is a very upsetting symbol to see in a graveyard. If you see a gravestone in the shape of a tree trunk, it means that the person buried beneath has has their life taken from them too soon. 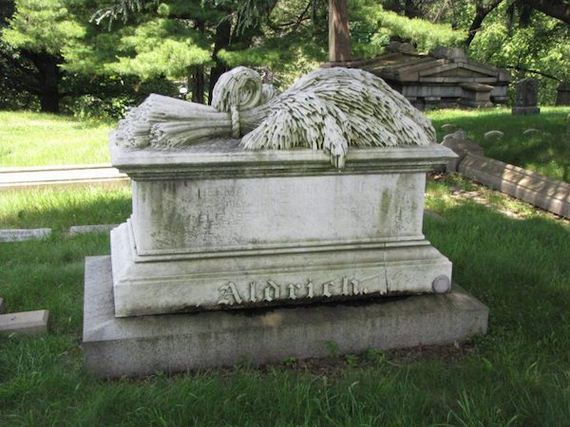 Resting Wheat
Wheat and Oak are popular symbols on a headstone to demonstrate a long and fruitful life. The Wheat means that the life, that once prospered, was harvested by the grim reaper when the time was right. 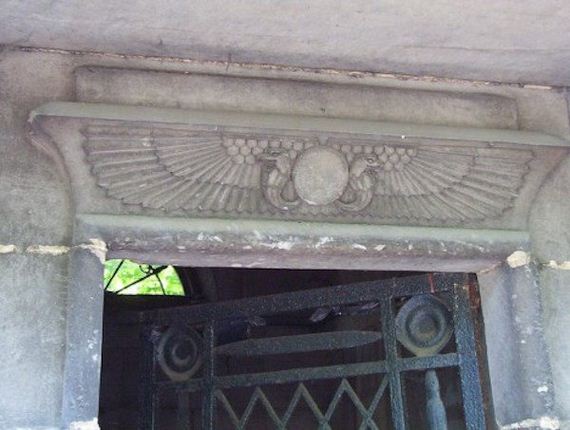 Winged Sun Disc
Based on an Egyptian symbol and the Greek God Hermes, the winged sun is most commonly associated with the ‘true light,’ the life force that binds all things. This force transcends death, and demonstrates that the person has overcome death.

Previous Animals That Will Likely Outlive Us All
Next Sooo…. You Got Wasted