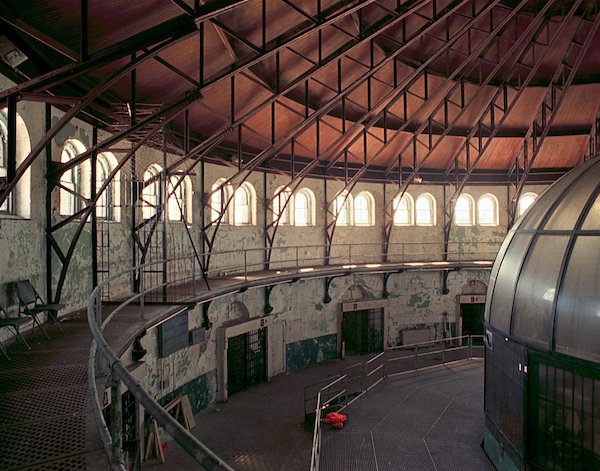 Prisons are some of the worst places on earth. While the goal is incarceration and rehabilitation, the reality is that they’re hellholes meant to strip the humanity of anyone stuck in there.

Granted, anyone’s who’s been sent to one, has earned their ticket, but throughout our history, there have been places and instances where the punishment has far outstripped the crime.

These places are terrifying, and this isn’t even all of them. 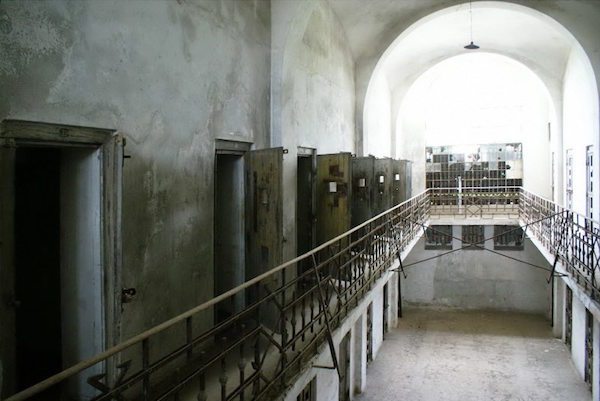 Pitesti Prison
Romania
This was a communist prison built in Romania and was notorious for some intense and inhumane brainwashing experiments. Operating from 1949-1951, the prison attempted to “re-educate” the wealthy, intellectuals, religious rebel and political enemies through psychological torture. 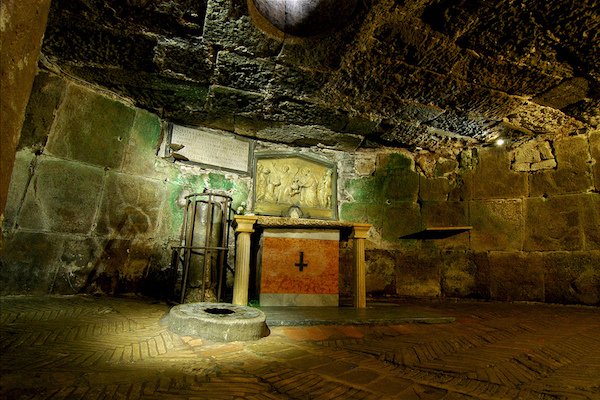 The Mamertine
Ancient Rome
The violence shown in this ancient prison wasn’t just brutal, it was epically biblical. Literally. This is the reported prison that held St. Peter and St. Paul – two of Christianity’s most famous apostles. They were held here and tortured by Emperor Nero.

In use since the 8th Century BCE, there were two floors in this prison, both underground. The deepest floor was only accessible through holes in the upper level, and prisoners were generally tortured and left in their cells to die. After that, their bodies were thrown into the Cloaca Maxima – aka the main Roman sewer. 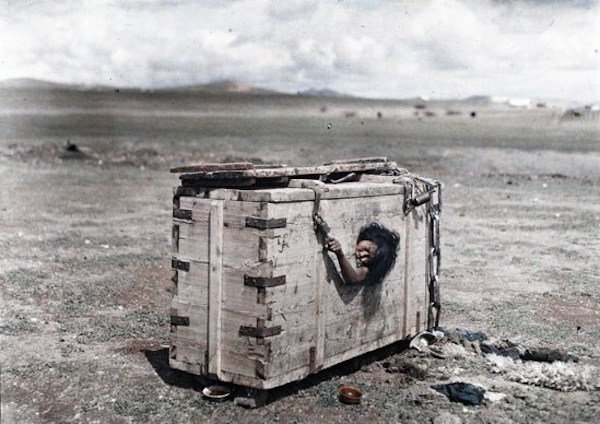 The Urga Prison
Mongolia
There’s not a lot of photographic evidence of these prisons, and that’s a good thing. Discovered by an American museum worker in 1918, the prison in this town was a guarded room full of cells that were essentially coffins.

Prisoners were forced to live in 4 foot x 3 foot boxes and had a 6 inch hole to receive food rations and blankets, if they were even given. The boxes were only cleaned every few weeks, and prisoners never got to see outside their cells. In most cases, their muscles atrophied and prisoners were essentially immobile, if they lived long enough. 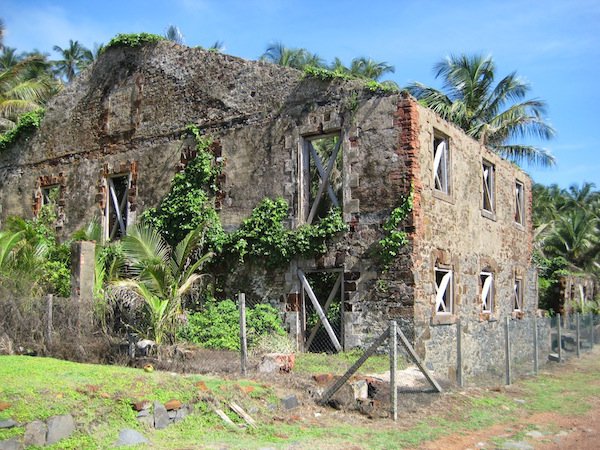 Devil’s Island
French Guiana
This was one of the most feared penal colonies on the planet. During it’s operation from 1852 to 1953, it saw over 60,00 prisoners, with only 2,000 getting out alive. The Island was chosen by Napoleon due to how inhospitable it was and how difficult escape would be.

Prisoners were worked nearly to death building roads and endless buildings, while at night, they were shackled together and left for the vampire bats. Some were even thrown into pits to die. 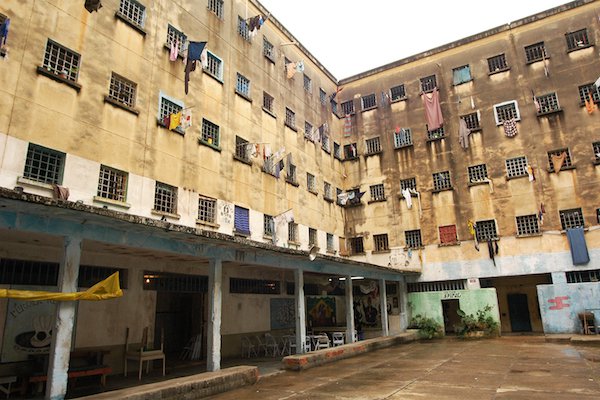 Carandiru Penitentiary
Brazil
This infamous prison was opened in 1920 and was meant to be a model prison, housing over 8,000 prisoners from 1956 to 2002. It’s best known, however, for the Carandiru Massacre in 1992.

During a prison riot between two groups over a game of football, a fight turned into something bigger. At the time, only 15 guards had to control over 2,000 prisoners, and they lost control of the prison. The local police were called and they took over the prison, shutting out the staff. 11 hours later, 111 prisoners were dead, 515 bullets were expended and all the injuries were to the face and hands, suggesting the prisoners were surrendering and the police were just executing. As well, police dogs were sent against the wounded to subdue them. It took over 20 years for anyone to be held accountable, and the prison was demolished in 2002. 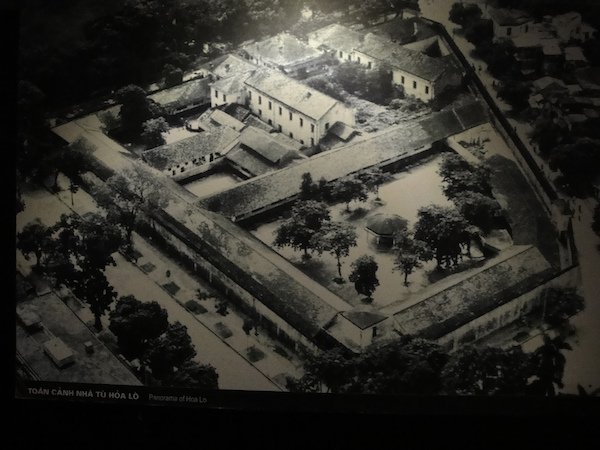 Hoa Lo Prison
Vietnam
Originally opened by French colonists in 1896 to hold Vietnamese rebels, this prison eventually became famous for having a different name: the Hanoi Hilton. During the Vietnam War, the prison held American POWs such as congressman Sam Johnson and Senator John McCain. Both men can attest to the brutality of the guards.

Most POWs spent close to 8 years in the prison, and endured being beaten, tied up by their wrists and hung on meathooks, extended solitary confinement, whipping and were forced to make propaganda films denouncing their country, and speaking to how well the POWs were treated. To date, books have been written about the brutal treatment of the prisoners, that are categorically denied by the Vietnamese government.

After the war ended in 1973 and the POWs were released, the prison operated until the 90’s, when it was demolished.

Camp Sumter Military Prison
Georgia
If you want to know the deadliest place during the Civil War, it wasn’t the battlefields of Gettysburg or Antietam, but the Military Prison in Andersonville. Here, the Confederate Army imprisoned more than 45,000 Union troops during the last years of the war. Almost 13,000 of them died because of disease, malnutrition and overcrowding.

It was so bad that the commanding officer, Captain Henry Wirz, was tried and executed for war crimes after the fact. 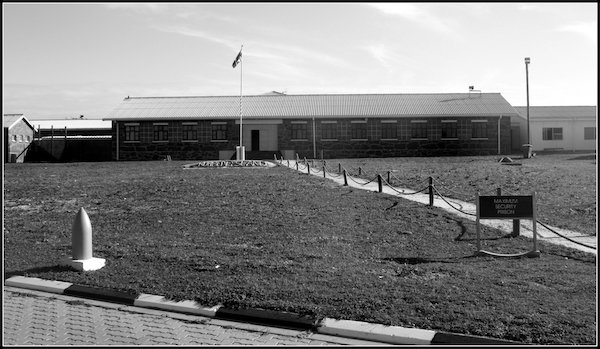 Robben Island
South Africa
Known for it’s most famous resident, Nelson Mandela, this prison was founded by the Dutch in the 17th century. Since then it’s been a political prison, whaling station, military outpost and insane asylum.

According to Mandela’s autobiography, he and the other prisoners worked in a lime quarry, where the glare of the sun caused severe skin and eye damage. There was little food or clothing given during his time there, spending 18 years in hard labour. 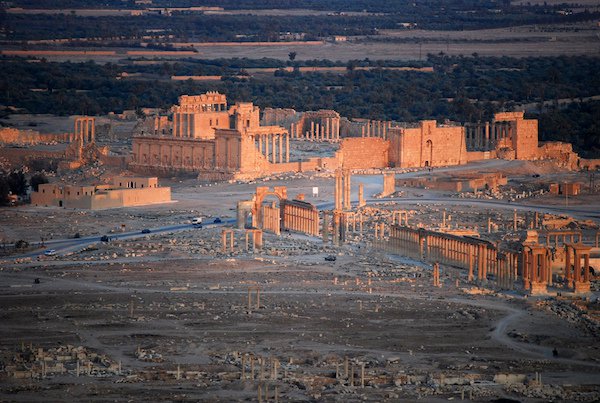 Tadmor Prison
Syria
Built by the French in the 1930’s, it had a fairly low-key reputation until the 1980’s, when President Assad began using it as a torture site for political prisoners.

Notable achievements are the deaths of 500 – 1,000 prisoners in a day, medical staff denied access unless someone was dead, brutal beatings by guards and other inmates forced into it, and the fact that inmates could only look at the ground. If you made eye contact, you died. The prison was closed in 2001, and was demolished by insurgents in 2015. 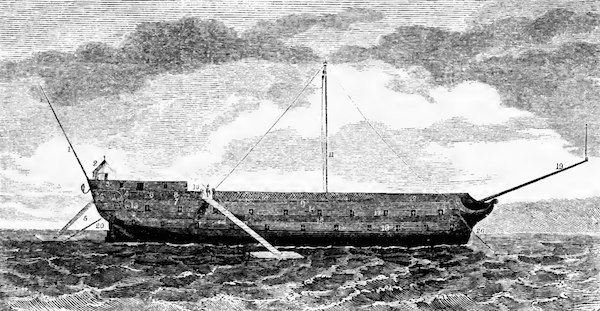 HMS Jersey
New York Harbour
The HMS Jersey, was a British warship used during the American Revolution to imprison the rebels. Nicknamed “HMS Hell,” it held prisoners from 1776 to 1783 in appalling conditions.

Packed below deck, they had to fight diseased rats, inhumane guards, lack of food, extreme weather and smallpox. By the time the British burned the ship at the end of the war, a nearby mass grave held over 11,000 bodies. 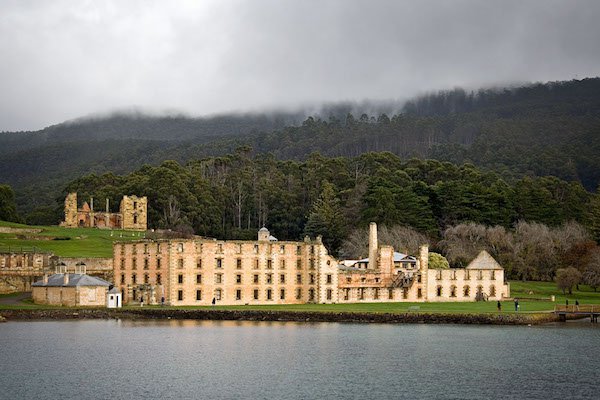 Port Arthur
Tasmania
If you had massive amounts of criminals in the 19th century and couldn’t dump them in your original spot? You take over an island of nopes, call it Australia and build a penitentiary of nightmares. Technically located on the island of Tasmania, this nightmare was open from 1933 to 1877, and had all their prisoners cutting timber as their sentence in the unescapable penal colony.

As well, the prison relied on psychological punishment, instead of physical at times. Good behaviour resulted in luxury items such as food, water, tea and tobacco. If you acted out, you were starved and hooded. Many went insane from the isolation and hunger. On the nearby Island of the Dead are 1,656 unmarked graves of the men who were dumped there. 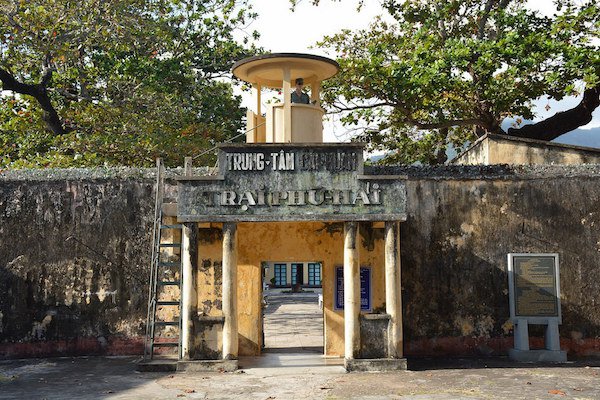 Con Dao Prison/Con Son Island
Vietnam
Much like the Hanoi Hilton, this was a French-established prison. The penal colony opened in 1862, and set a dangerous precedent with over 1,000 prisoners dying during the construction of the prison and jetty.

When the Vietnam war began, prisoners were shackled in “tiger-cages,” which were 5×9 foot concrete pits filled with multiple prisoners. By the time the war ended, the prison was closed. 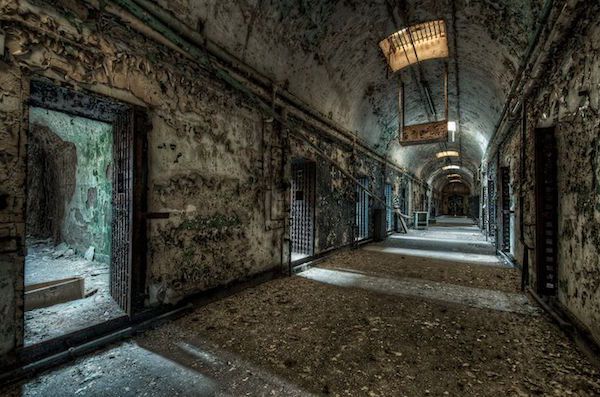 Holmesburg Prison
Philadephia
Constructed in 1895, this easily accessible prison was the sight of some scary things straight out of a horror film. In the 1920’s, it was declared the worst prison in the US due to it’s barbaric conditions and use of solitary confinement for control. Then, in 1938 it was discovered that guards were punishing prisoners by putting them in a small building filled with steam radiators and turning up the heat. Several prisoners died and a police cover-up was discovered.

Then, starting in the 1950’s, a dermatologist in league with Dow and Johnson & Johnson began experimenting on the prisoners, trying different creams, cutting off skin for testing, and infecting them with everything under the sun including poison ivy, herpes and athletes foot. The CIA also used the prisoners for psychotropic drug testing and advance interrogation technique testing.

Thanks to these ethical boundary crossings, the US banned medical studies in prisons in 1978. The prison, though largely not in constant use, still functions as an overflow for area prisons when needed.