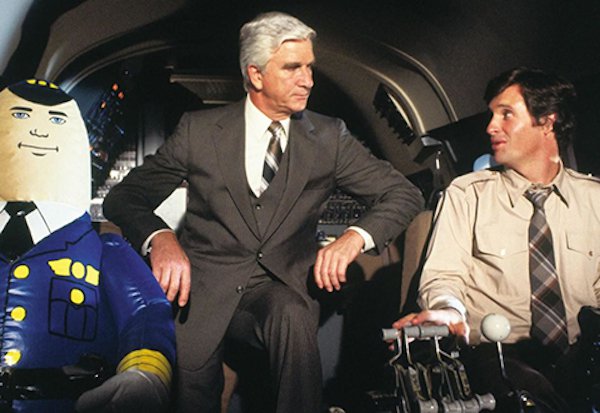 If you think back to the funniest movies you’ve ever seen in your life, you’ll find that a lot of them were made in the 80’s. Dunno why. Maybe all the rampant disco and cocaine in the 70’s got the creative juices flowing just enough to make some slapstick movies that still make us laugh to this day.

It really doesn’t get any better than these guys, and they’re really only a small sampling from the best decade for funny movies ever.

Just don’t call me Shirley, ever. 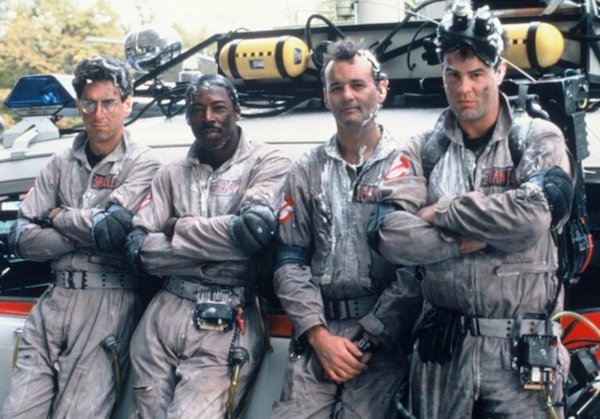 Ghostbusters – 1984
Insanely quotable and iconic, this is one of the funniest movies from my childhood. No offence to the ladies in the reboot, these are the true Ghostbusters.

Between the dynamic between the original 3 and Winston, plus Rick Moranis, Zuul and Gozer, I can watch this on repeat and laugh just as hard every time. Plus, BFM. 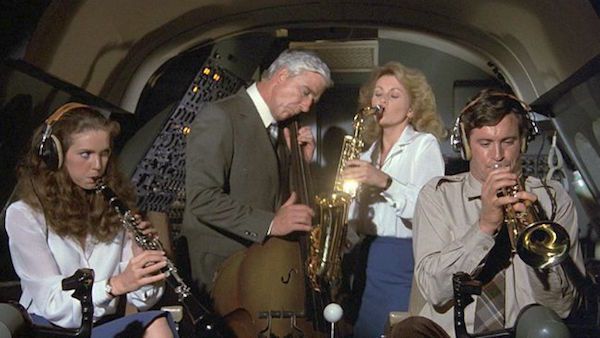 Airplane! – 1980
This satirical disaster comedy still makes me laugh so hard, I have to change my shorts after. This film was a commercial success because it’s fucking hilarious. Sure, it’s dated but people are still quoting this one, and there was no greater comedian than the venerable Leslie Neilson. 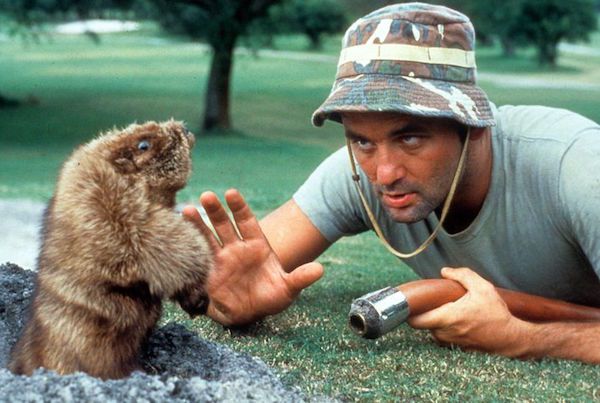 Caddyshack – 1980
When you’ve got some of the best comedy heavyweights from the 80’s in one film, it’s gonna be awesome. This was a major boost to the film career of Rodney Dangerfield, and also had Chevy Chase and Bill Murray in supporting roles. 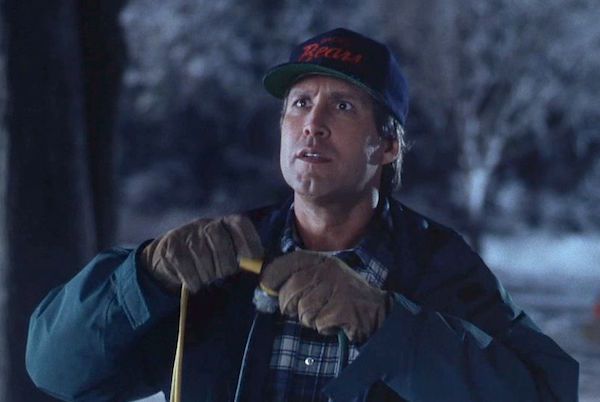 National Lampoon’s Christmas Vacation – 1989
The third film in the series is easily the best. It’s a holiday classic, and the scenes with the cat and Clark going crazy after the “Jelly of the Month” fiasco are some of my favourites.s 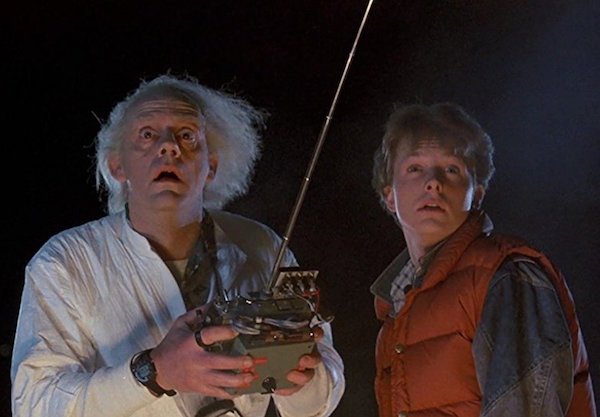 Back to the Future – 1985
Not technically a comedy, but it is pretty funny regardless, especially when he goes back in time. Watching Marty try to blend in, in the 50s, get hit on by his mom and deal with Biff is awesome. 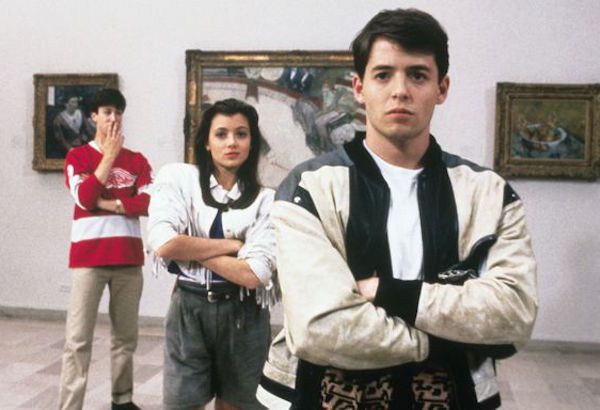 Ferris Bueller’s Day Off – 1986
Easily one of the best of the decade, Ferris is my hero. His shenanigans with getting Sloan out of school, Cameron out of bed and showing everyone a good time, there’s one movie character that I’d want to befriend more than this guy. 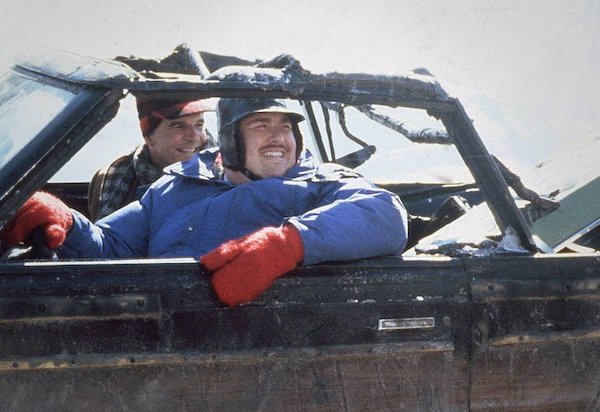 Planes, Trains and Automobiles – 1987
Another John Hughes classic, we’ve got Steve Martin as a high strung marketing guy, and John Candy as a laid back shower curtain ring salesman. How the two get on each other’s nerves makes me crack up every time. 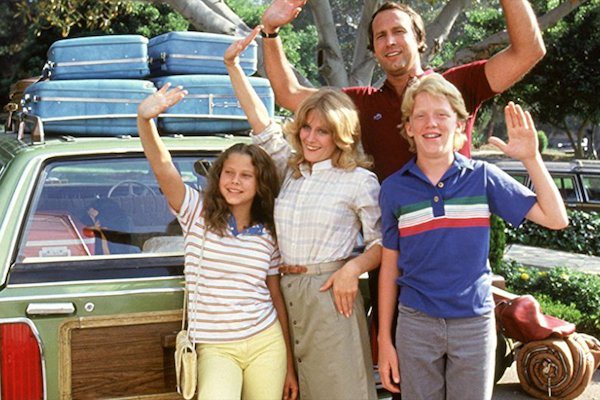 National Lampoon’s Vacation – 1983
The first film of the National Lampoon Vacation series, film was inspired by John Hughes’ disastrous family trip to Disneyland when he was a boy.

Sorry to say that I’m glad that his trip sucked, because it made a hilarious film. 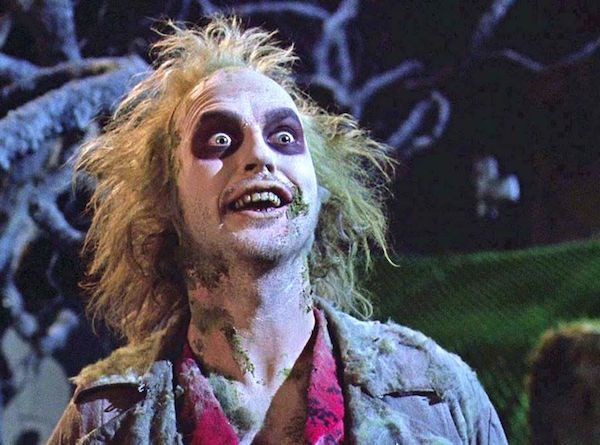 Beetlejuice – 1988
One of the few comedy films that Tim Burton directed, this has his fingerprints all over it, and it’s just so heckin’ zany and goofy.

I remember this film scaring me a little as as child, but now, it’s a bit jolt of comedic nostalgia. 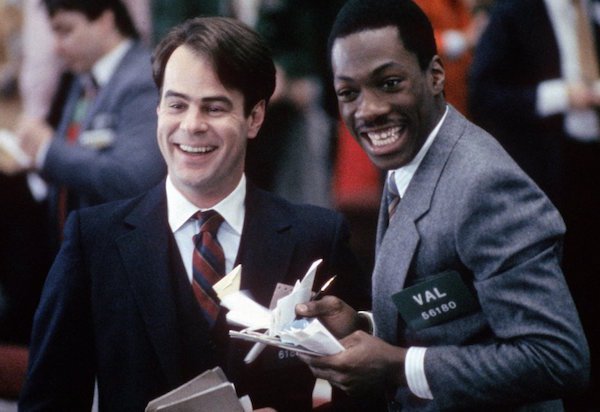 Trading Places – 1983
Admittedly, I don’t really watch this one for the funny parts. I mainly watch it for Jamie Lee Curtis, if you know what I mean.

That said, the film is pretty funny and enjoyable, with both Dan Ackroyd and Eddie Murphy at the top of their game. 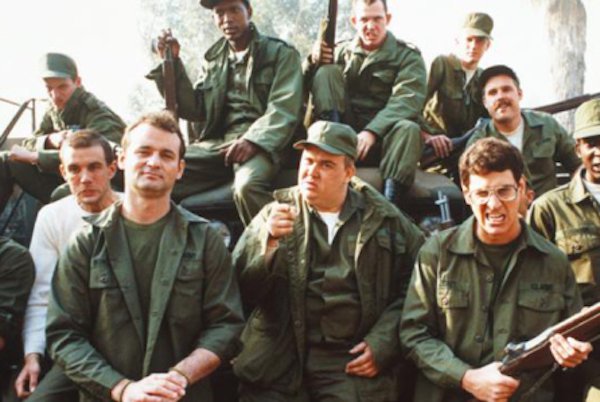 Stripes (1981)
Another gem with the wise and beautiful Bill Murray, this film’s ragtag bunch of soldiers, always gets a laugh from me.

Plus, pairing him with John Candy, was a genius move from director Ivan Reitman. Genius. 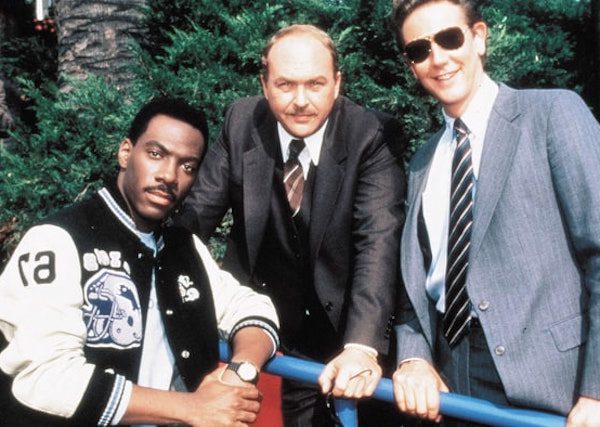 Beverly Hills Cop – 1984
This action-comedy brought Eddie Murphy to the limelight. Considered one of the best comedy films the decade, it’s a pretty flawless movie when you think about it. 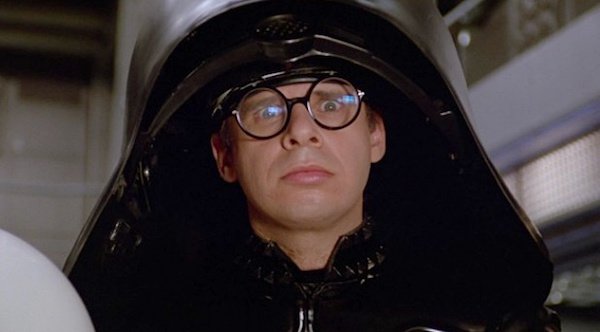 Spaceballs – 1987
Anything by Mel Brooks is going to be comedy gold, and this Star Wars parody is fricking hilarious.

What’s surprising is that when it came out it had a mixed reaction. It was only upon video release that it became a cult hit and one of Brooks’ best films 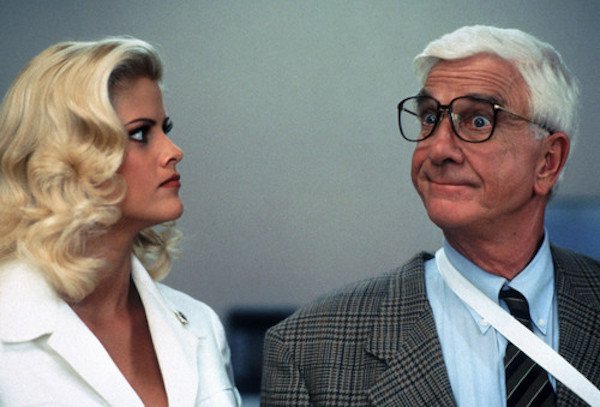 The Naked Gun: From the Files of Police Squad! – 1988
The first in the Naked Gun tries, it brings the bumbling police detective Frank Drebin to the big screen, and he nails it.

Written and directed by the same guys as Airplane, there’s so many gags, slapstick comedy elements and Nilsen at his best.

God, I miss that guy! 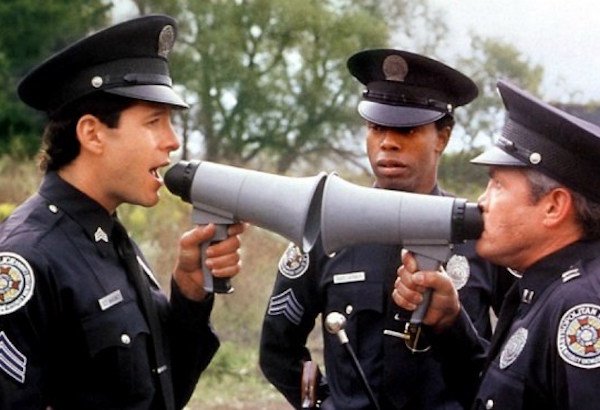 Police Academy – 1984
One of my all time favourites of the 80’s comedies, namely because it was filmed beside my house and my dad took me on set to watch. This was one of those movies that no matter when it was on, and at what part, he and I would watch it.

Plus, it’s insanely funny, especially the shit that Steve Gutenberg and Michael Winslow get into. 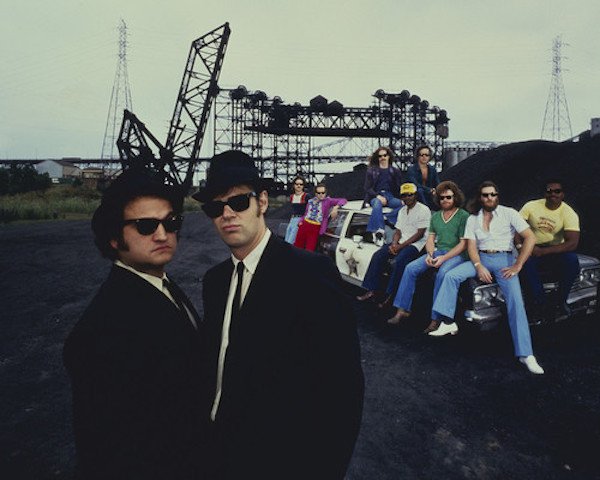 The Blues Brothers – 1980
Another favourite of mine from back in the day, the characters of Jake and Elwood Blues started on SNL, then got this feature film adaptation, filled with car chases, comedic moments and a lot of great music 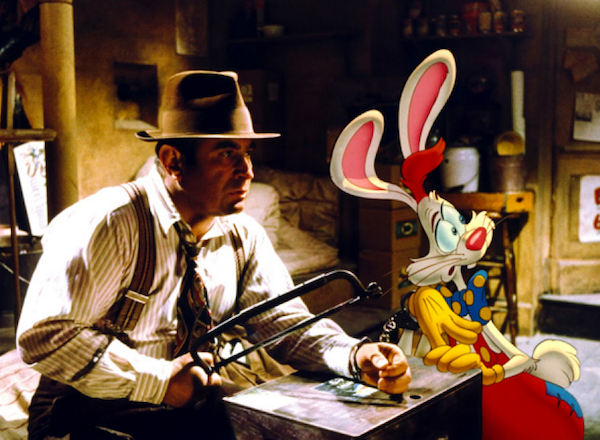 Who Framed Roger Rabbit? – 1988
Another favourite from childhood, this mashed up all my favourite cartoons as a kid into a murder mystery. Plus the dueling pianos scenes between Donald and Daffy is fucking hilarity.

Can’t get over how scary Judge Doom was. That was a fucking nightmare. 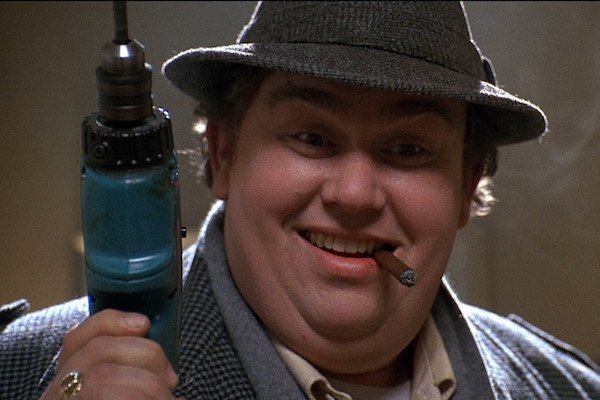 Uncle Buck – 1989
I’ll never find John Candy to ever be not funny. This guy was hilarious, and when partnered with John Hughes, he was sublime.

There’s so much to love in this movie, and it’s insanely re-watchable. 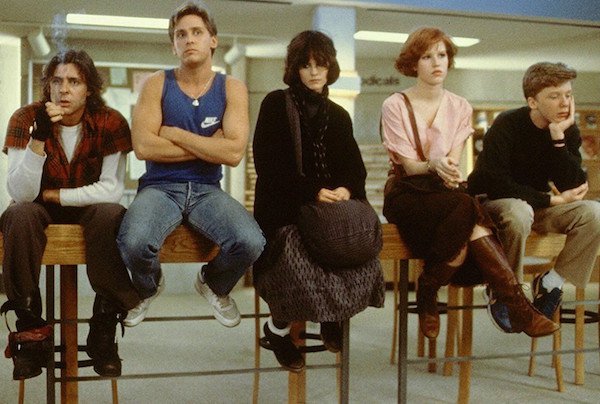 The Breakfast Club – 1985
This has got to be on everyone’s list of top films from the 80’s and while not a pure comedy, it’s funny enough that it makes you all warm and tingly. 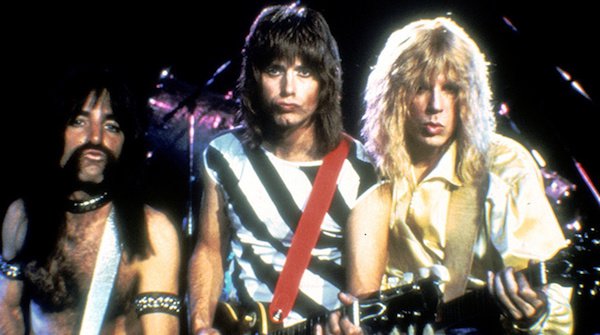 This is Spinal Tap – 1984
This music mockumentary is funny because it’s all ad-libbed. Originally written by Rob Reiner, he had to give Christopher Guest, Michael McKean and Harry Shearer writing credits because they made their own shit up, and the film is better for it.

Plus the scene with the dramatic piano song, in a depressing key, that he calls “Lick My Love Pump” makes me laugh to this day. 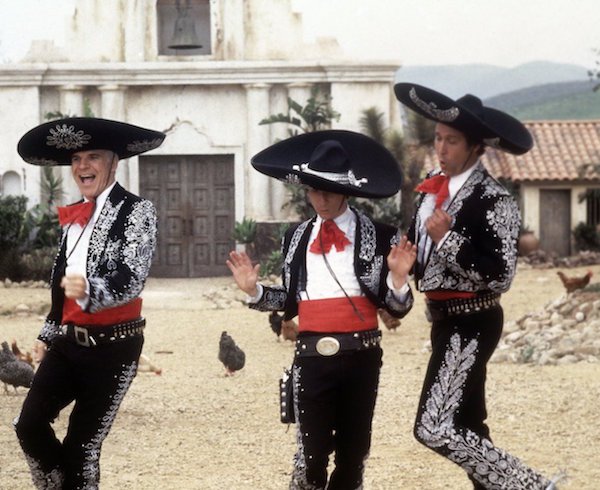 Three Amigos! – 1986
Somehow inspired by the story of the Seven Samurai/Magnificent Seven, this hilarious film has Martin Short, Steve Martin and Chevy Chase pretending to be heroes to a Mexican town.

That amigo salute though! 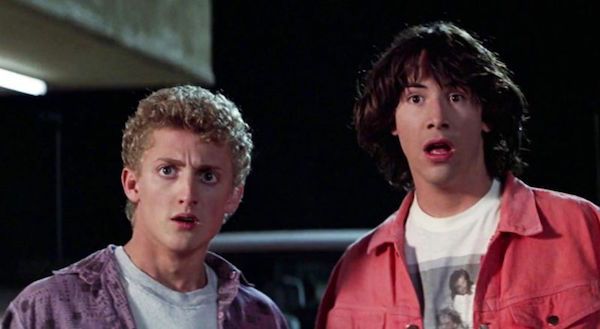 Bill & Ted’s Excellent Adventure – 1989
This sci-fi/comedy is a right-of passage for any 80’s kid. If you can’t quote it, get out of my house. The first film in a franchise that hopefully will become a trilogy, these slackers are icons of nostalgia.

Plus all the historical figures they get to meet, and the ‘dude’-ness of it all, makes me crack a huge smile when I’m popping in the blu ray. 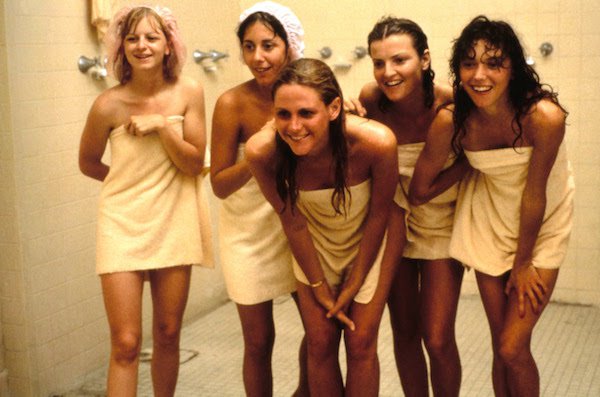 Porky’s – 1981
One of the most influential films in the teen comedy genre of the time, this raunchy sex comedy is the 80’s version of American Pie. When a group of guys decide they want to lose their virginity, they go to a the notorious Porky’s nightclub. Funny shit happens there, but not as funny as the shower scene.

You’ll never look at a glory hole the same way. 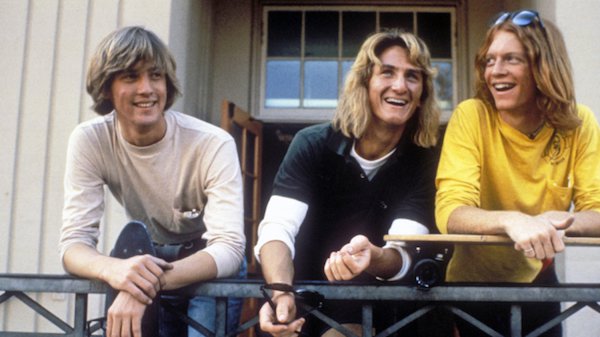 Fast Times at Ridgemont High – 1982
Written by Cameron Crowe, after an undercover assignment for Rolling Stone, this ensemble comedy launched the careers of tons of actors, and also gave contemporary teens some serious wet dream fodder with Phoebe Cates.

Still works for me, 36 years later.