The evolution of the space suit 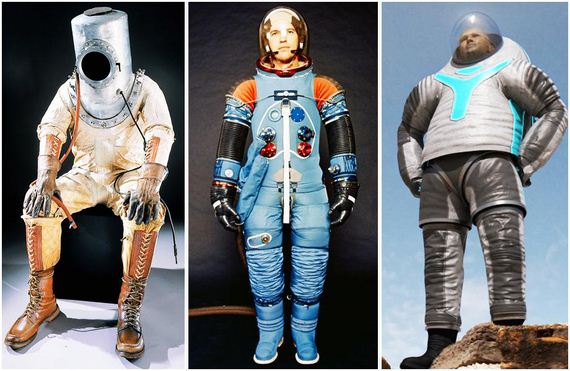 Wiley Post Pressure Suit built by BF Goodrich in 1935. Wiley Post reach an altitude of 50,000 feet wearing this suit. It had an inner rubber bladder and rubberized outer layer. All modern pressure suits are based on the same principles as this design. 1935 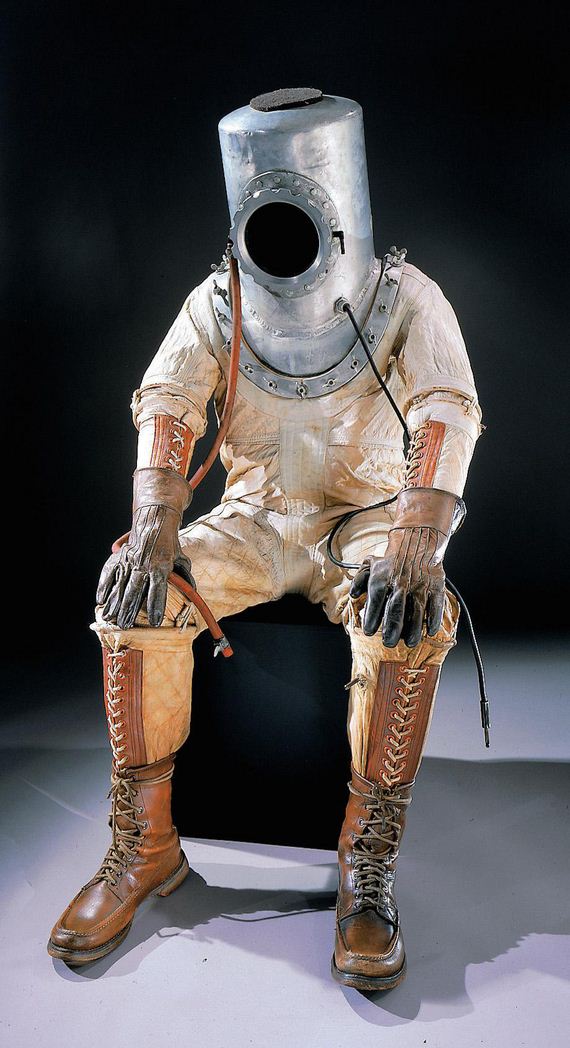 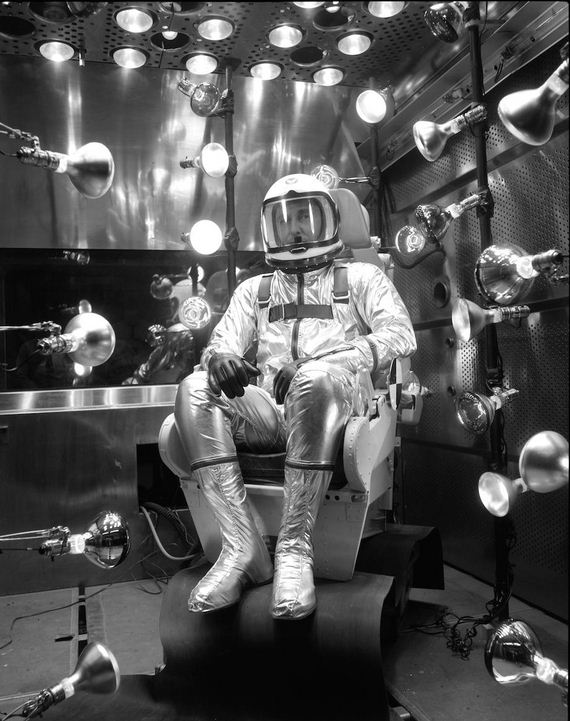 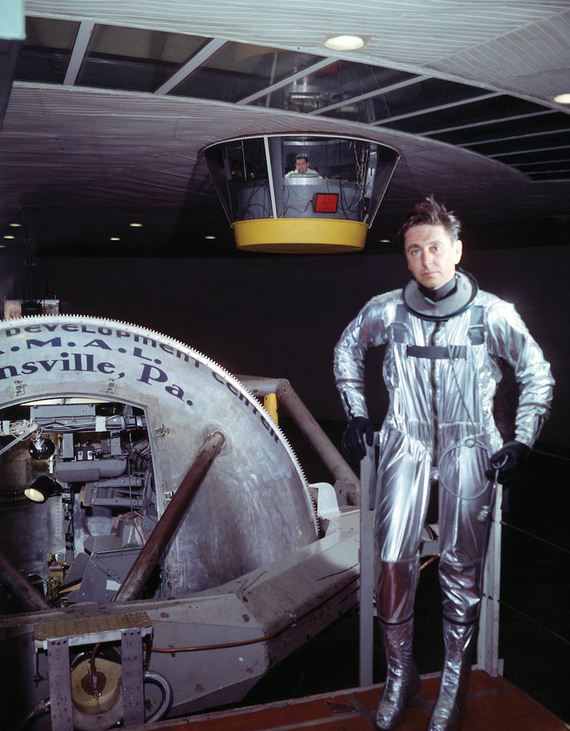 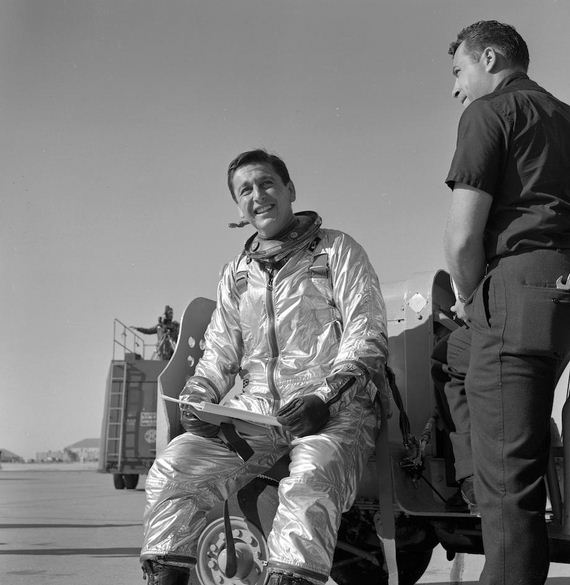 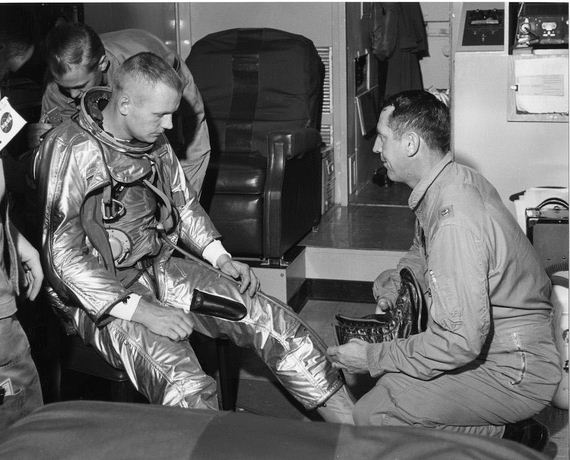 Neil Armstrong in his MC-2 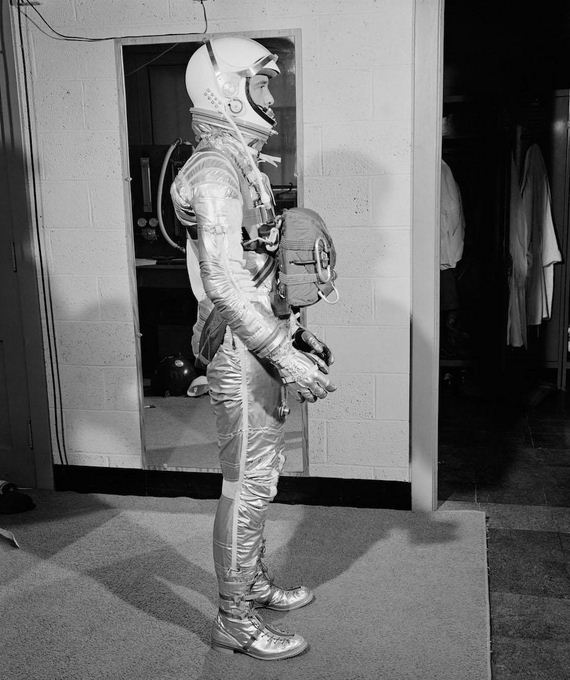 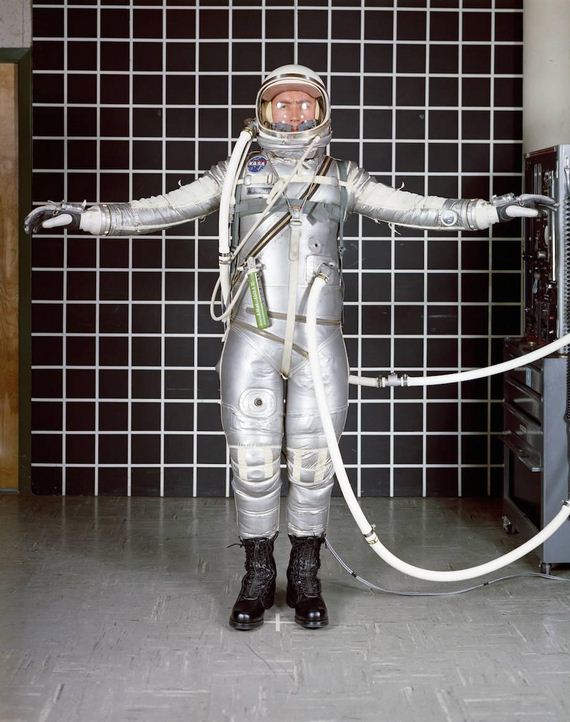 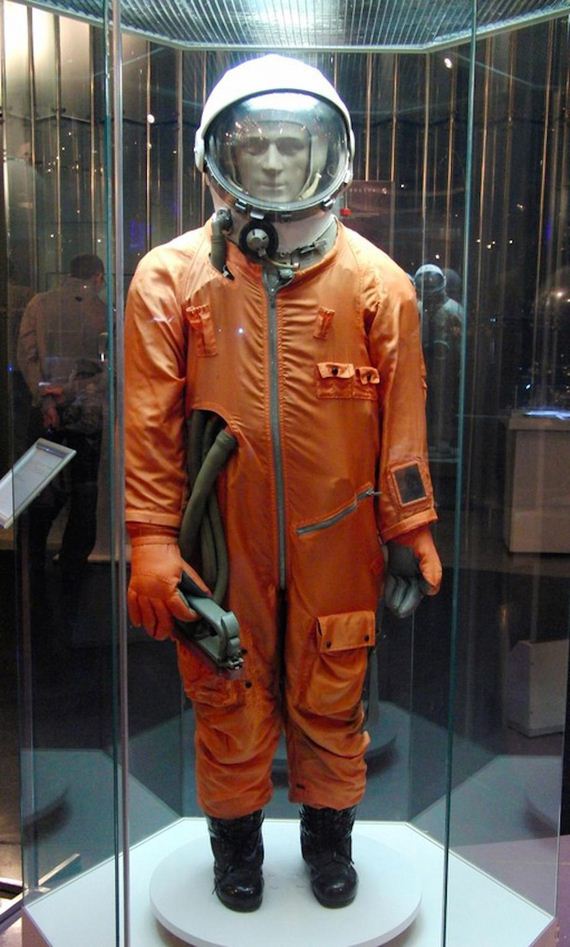 The Russian SK-1 or Skafandr Kosmicheskiy Spacesuit was designed specifically for Yuri Gagarin who piloted Vostok 1, becoming the first man in space. The SK-1 could be ejected from as high as 8km above sea level. 1961. 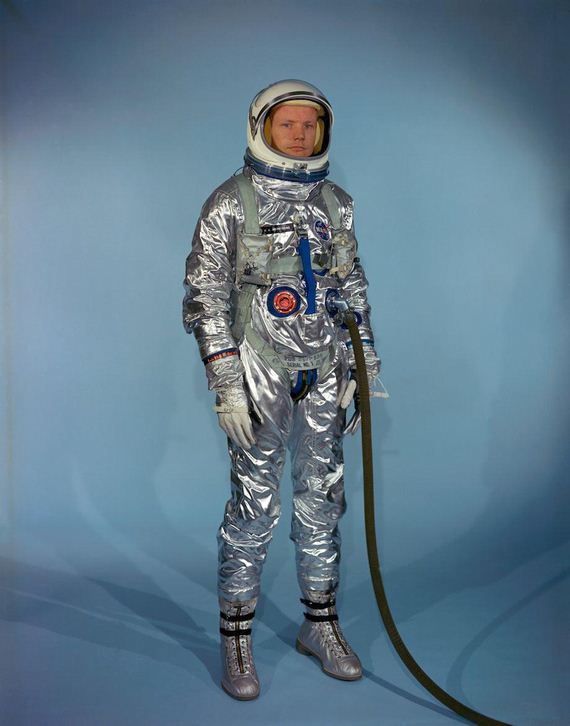 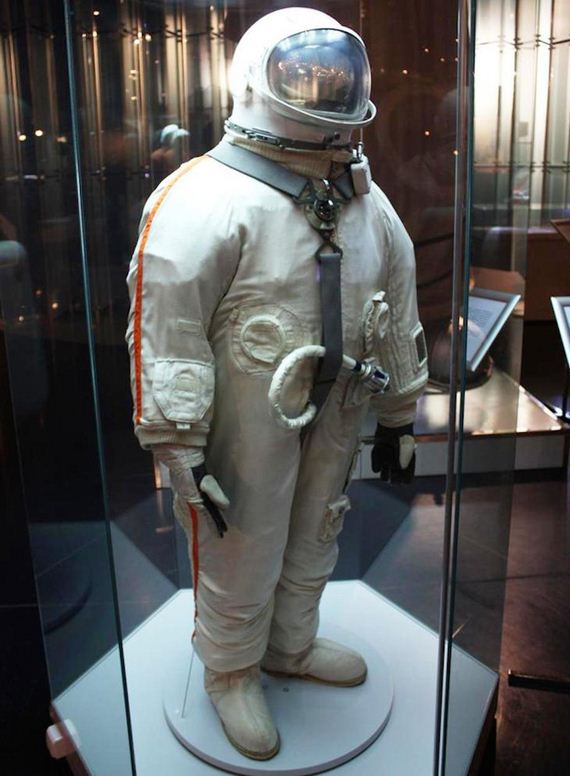 Only 1 crew used the Berkut, the Russian crew of Voskhod 2. The suit was a modified SK-1 with 45 minutes of oxygen provided by the bulky backpack attached. 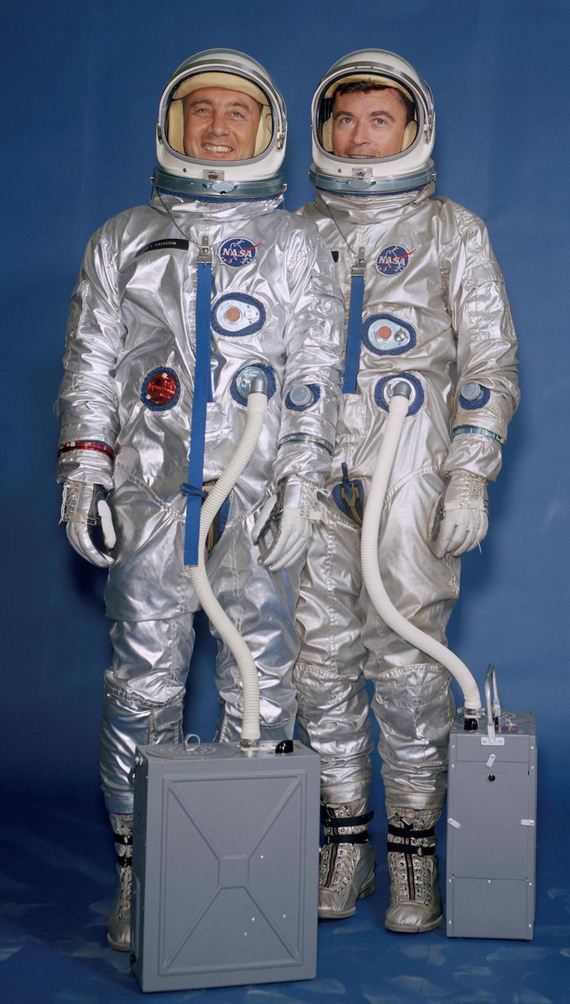 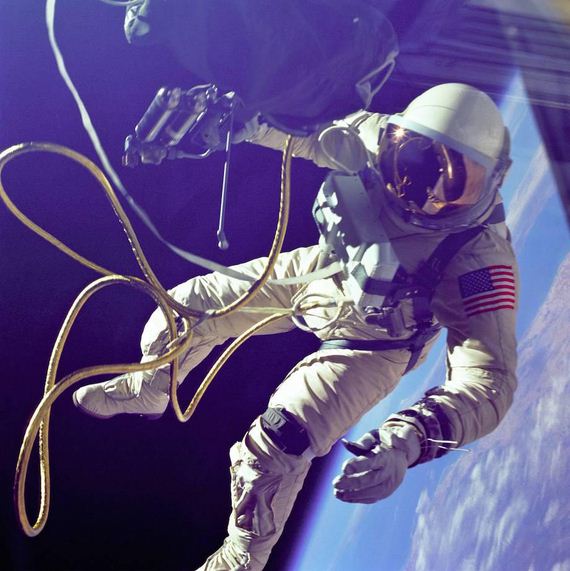 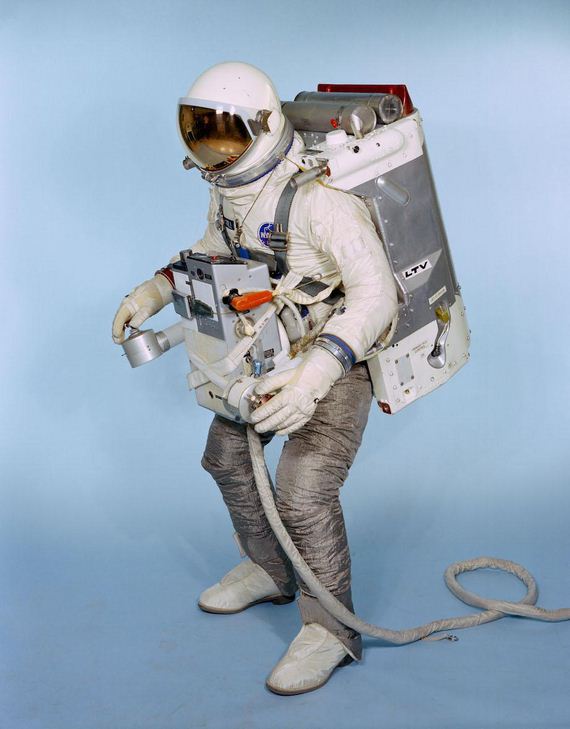 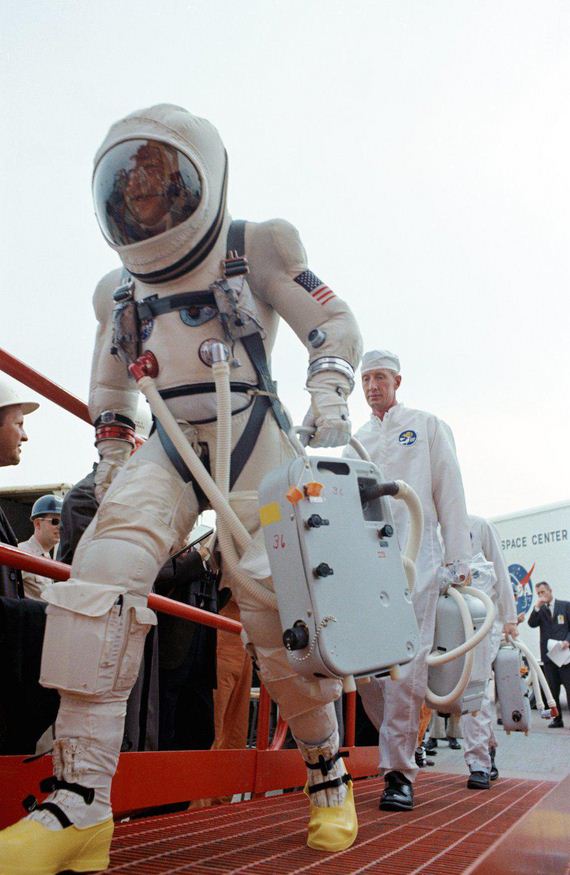 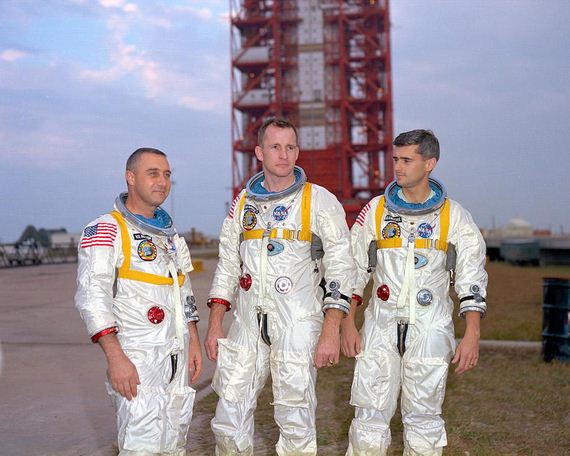 A7L suit, which replaced the A1C IVA after the fire that killed the crew of Apollo 1. 1968 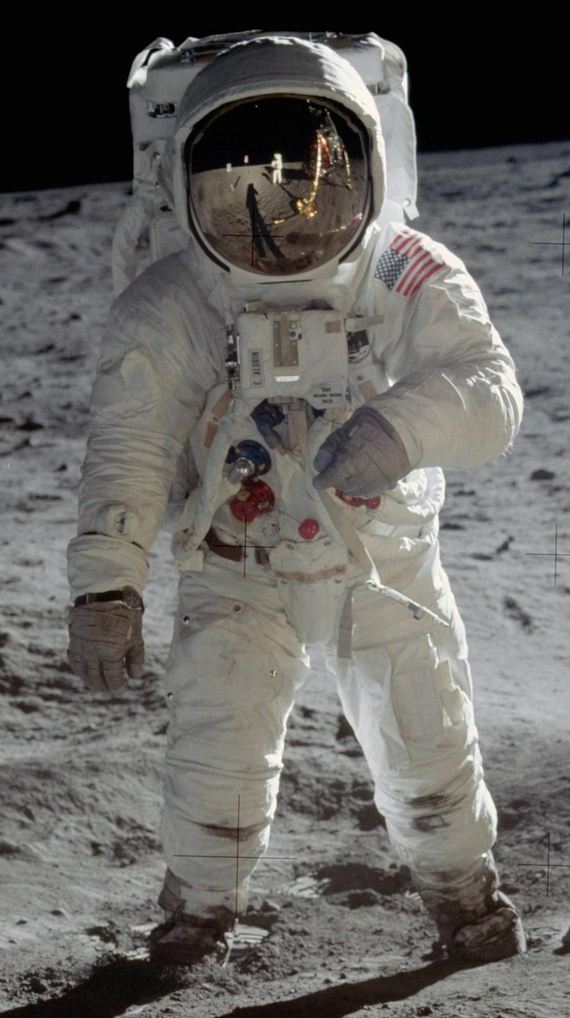 After going through a recoloring, Buzz Aldrin on the Lunar surface in his A7L. 1969 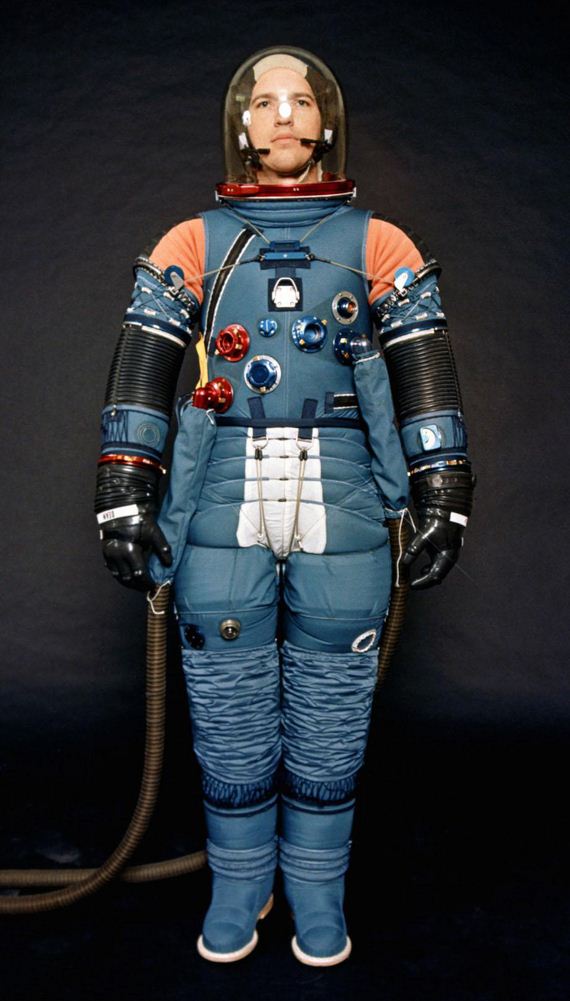 A7LB, which added extra joints for added maneuverability and a secret pouch in the neck to store energy bars. 1971 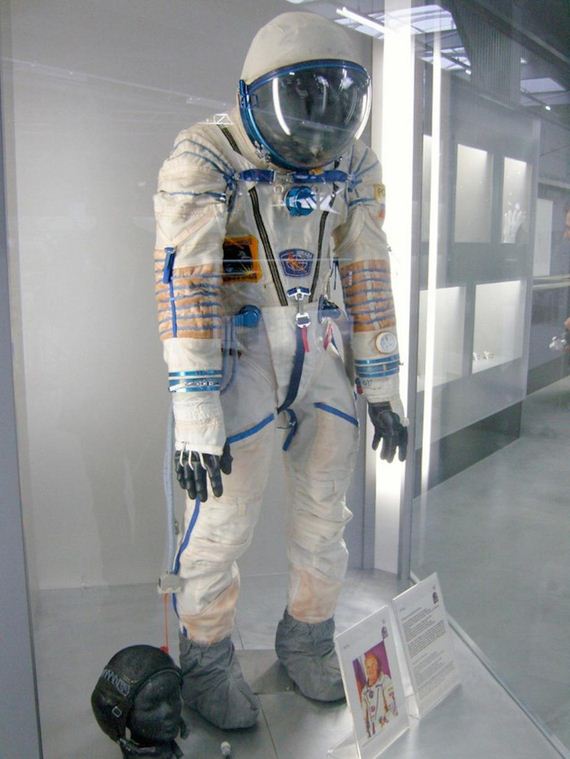 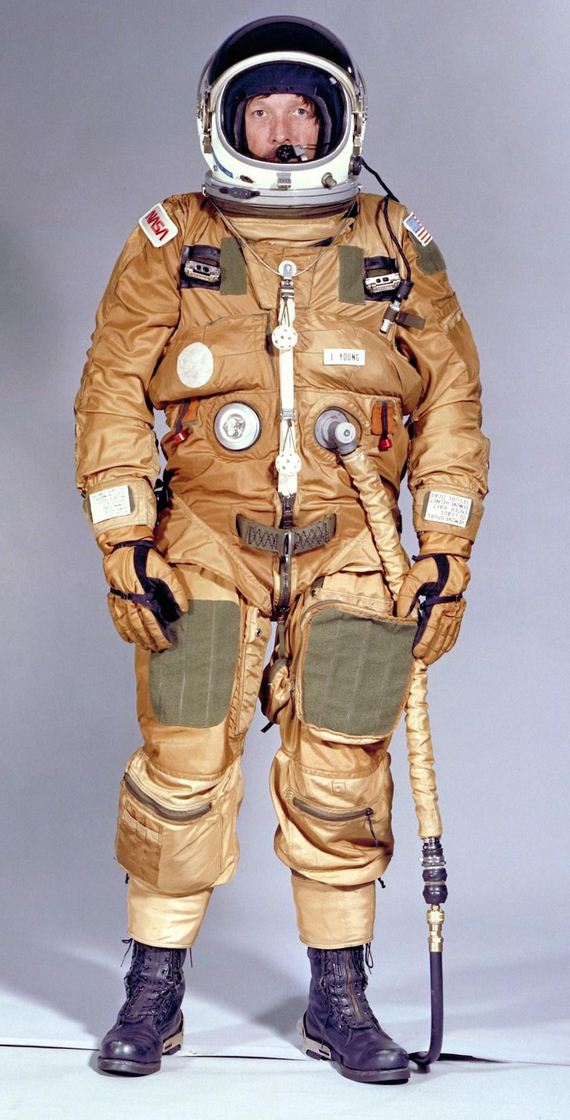 Shuttle Ejection Escape Suit. It allowed for the safe ejection of pilots at speeds up to Mach 2.7 and a height of 80,000 feet. 1981 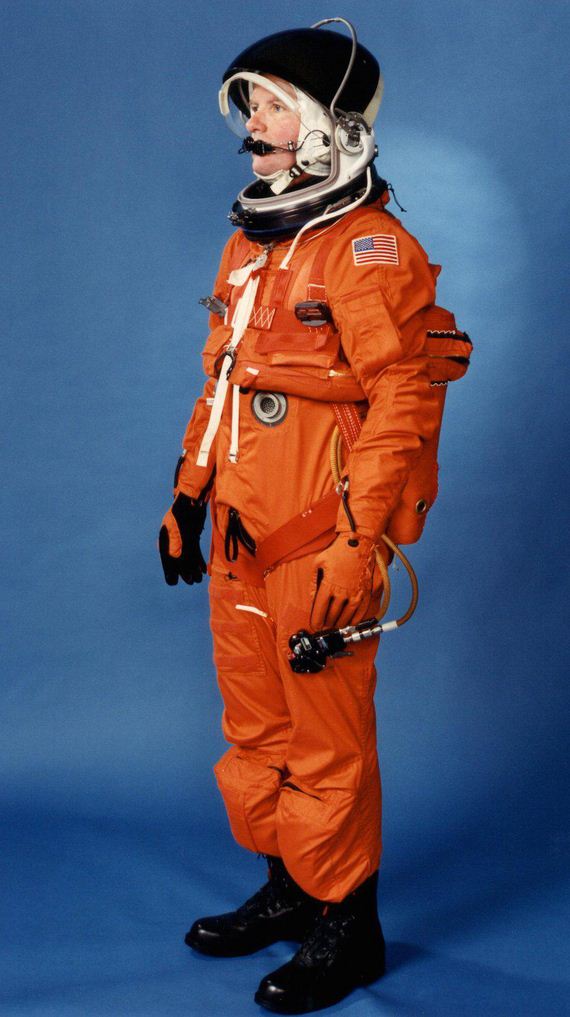 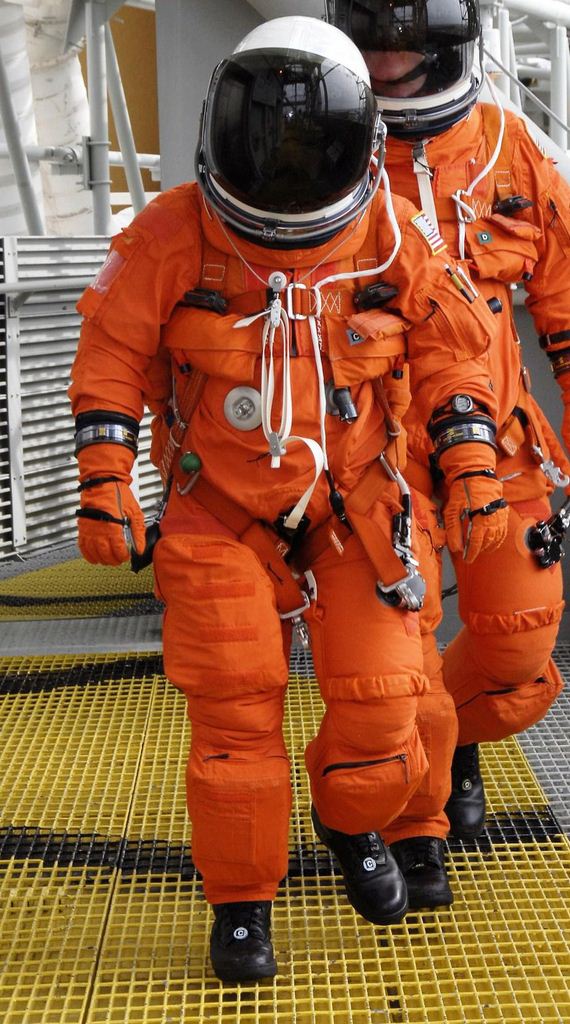 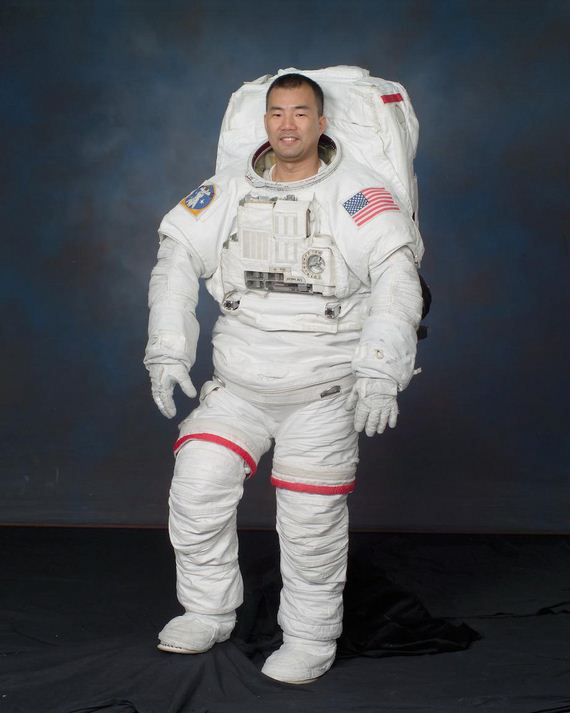 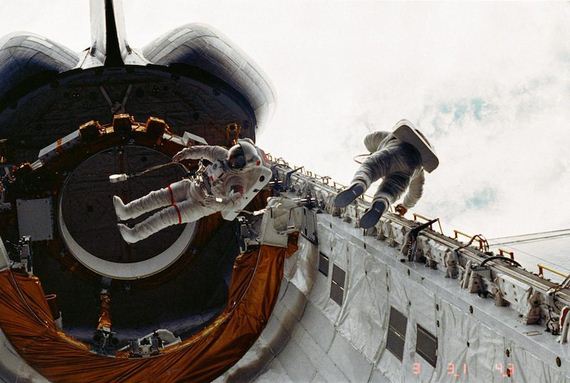 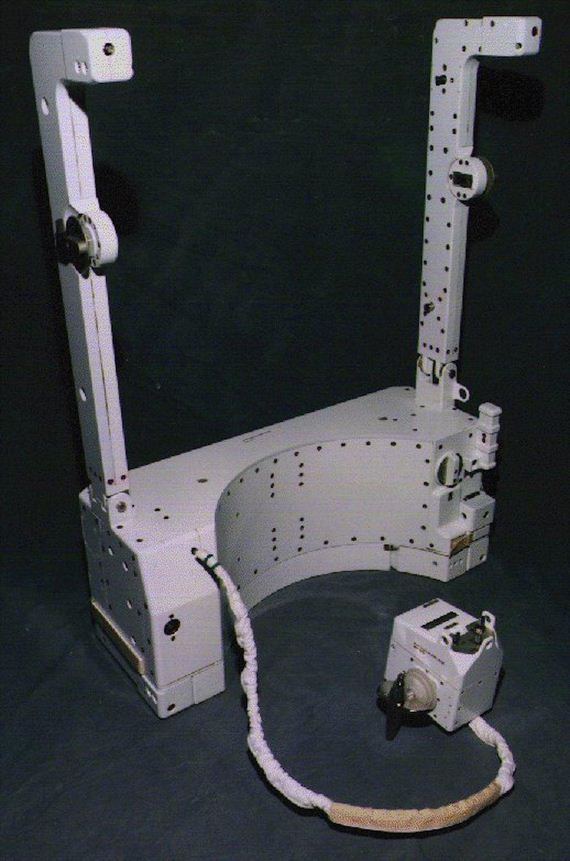 Simplified Aid for EVA Rescue or “SAFER”. It attaches to the EVA suit to provide free floating mobility. 1994. 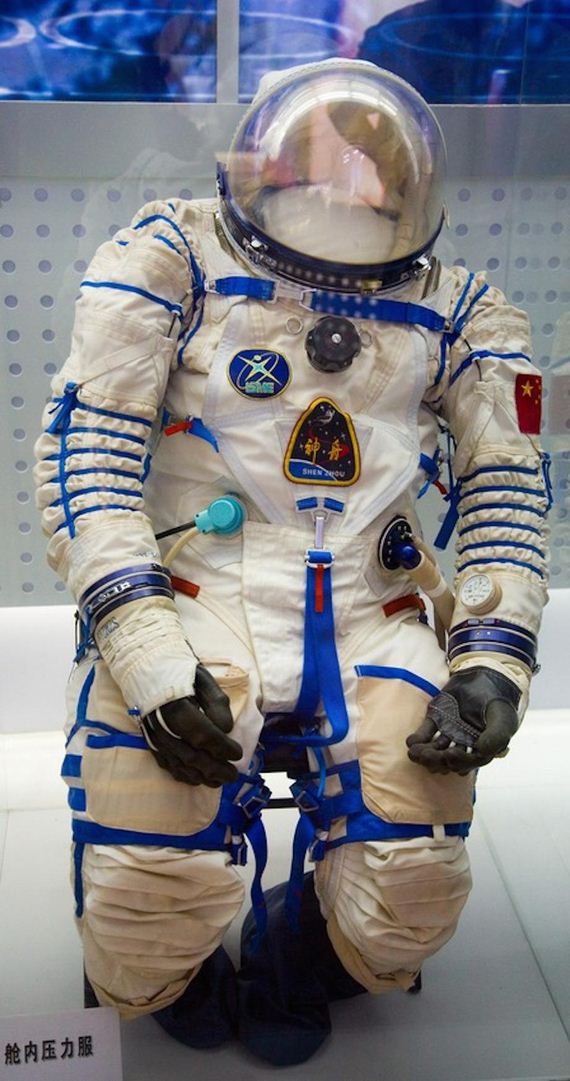 The Shenzhou 2 was used in China’s first manned space mission in 2003.

The Orlan, first introduced to Cosmonauts in 1977 and were replaced by the Orlan-MK in 2009.

The Feitian Suit was used in the Chinese Shenzhou 7 mission in 2008. It was based off of the Russian Orlan design. 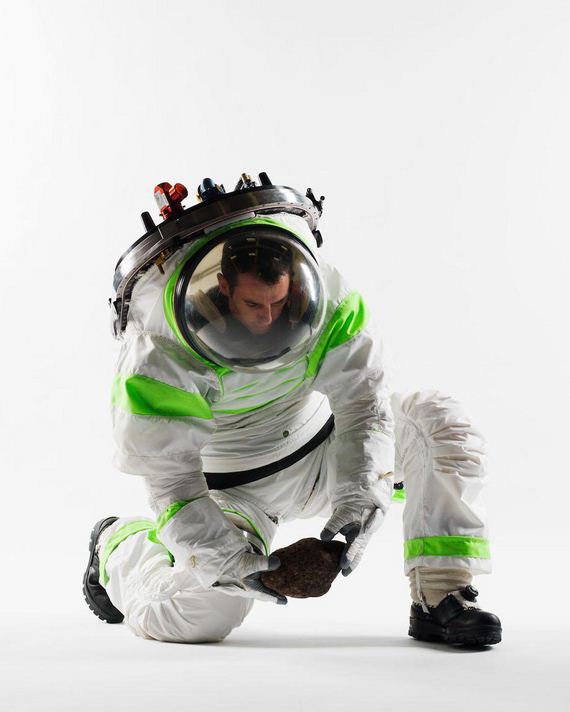 The Z-1 prototype suit. Nicknamed the Buzz Lightyear suit. Not in use. 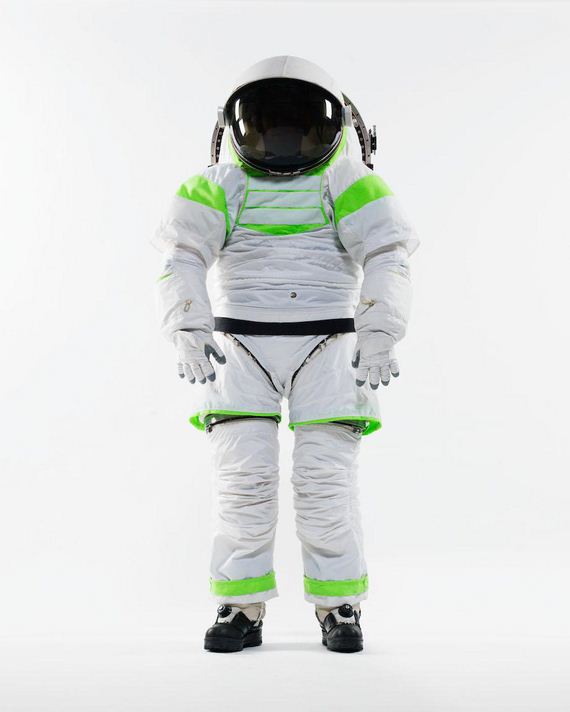 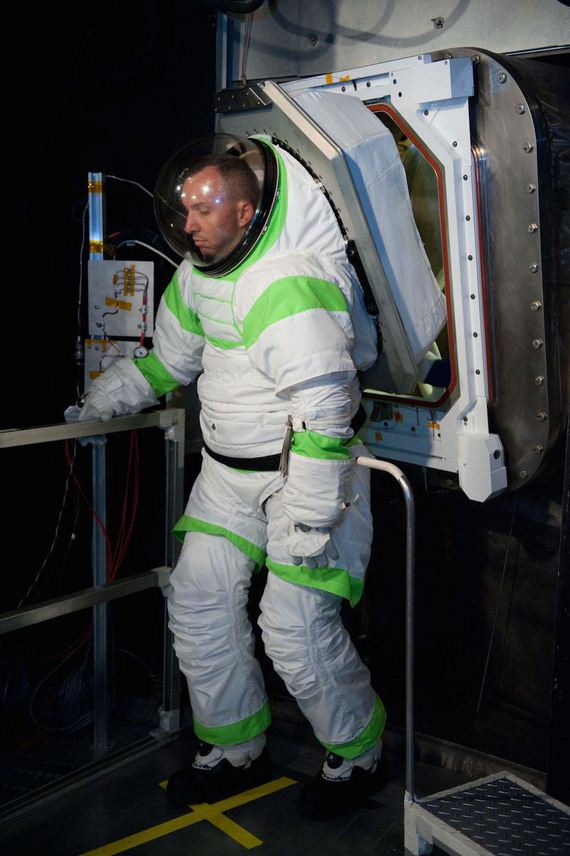 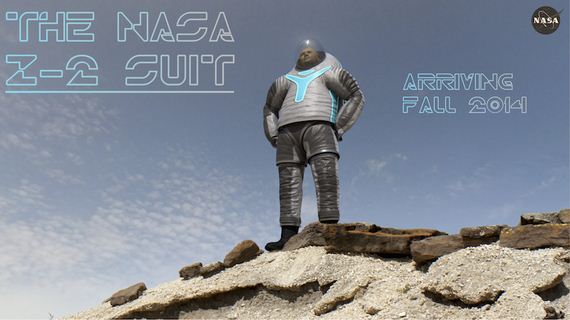 Z-2 prototype suit. Planned to be in use on the International Space Station by 2017.
Previous Nicole Scherzinger Photos
Next It’s called FASHION, you might’ve heard of it