The Fact That These 25 Creatures Used To Roam The Earth Is Mind-Boggling… And Freaky. #9 = OMG. 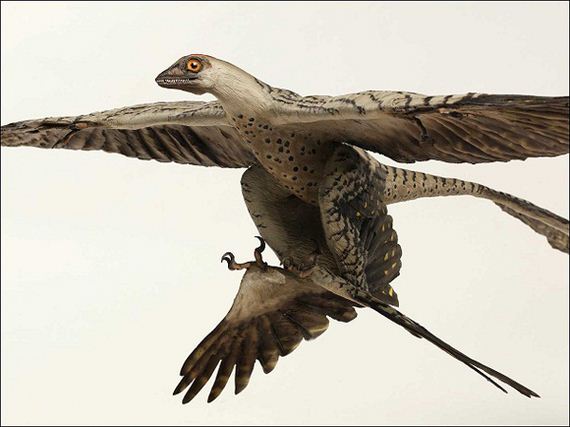 Microraptor: Its name means “one who seizes.” It was a very small dinosaur and paleontologists have long debated the use of its four wings.
Paleontologists, scientists and other researchers have collected enough samples over the years to form some pretty solid theories about what kinds of creatures used to roam this earth. If you’ve ever seen Jurassic Park or have been to a natural history museum, you’d know that life here used to consist of three things: huge monsters, dangerous plants and quick deaths
Nyctosaurus: This ancient genus of Pterorsaur was found in the Mid-western sections of the US. The name means “naked reptile.” 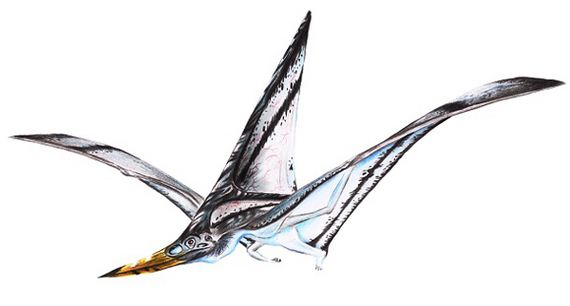 Opabinia: This is one of the strangest creatures that ever lived. It had 30 flippers, 30 legs, a trunk-like nose and one lobster claw. 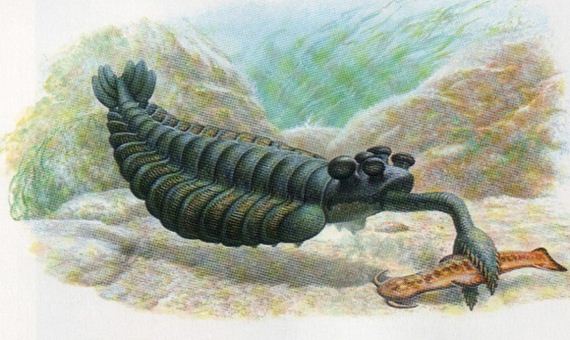 Phorusrhacidae: People know this creature as the “terror bird.” It was one of the largest predatory birds that ever lived and could run at speeds up to 40mph. 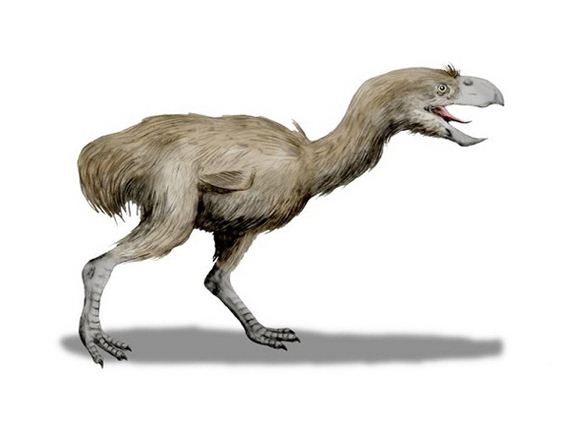 Pterodaustro: Also known as the Pterosaurs, it had a wingspan of 4 feet. It’s bristle-like teeth implies it probably fed on a diet of plankton and small crustaceans. 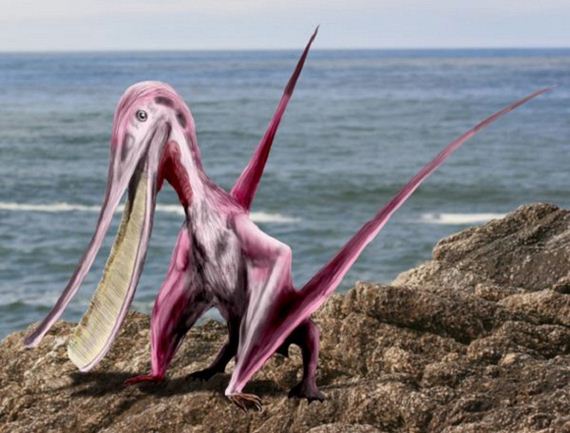 Quetzalcoatlus: This was the largest pterosaur in the sky, as big is a common African giraffe. Its wingspan was 30 whole feet. 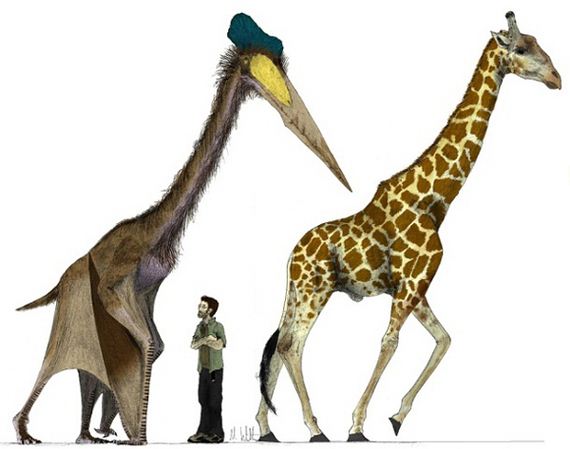 Sharovipteryxe: Ths gliding reptile, found in Central Asia, was about one foot long. It would feed on insects and wasn’t capable of powered flight, it would just glide. 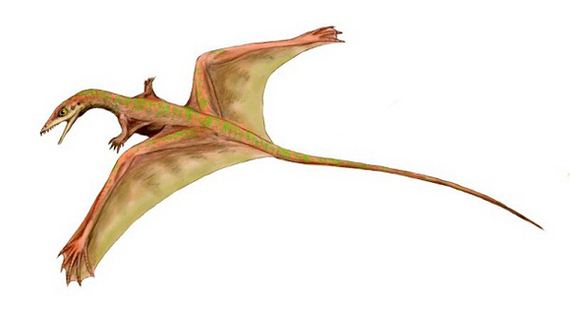 Stethacanthus: A type of extinct prehistoric shark, they would grow up to 6 feet long with a strange looking back growth on males. 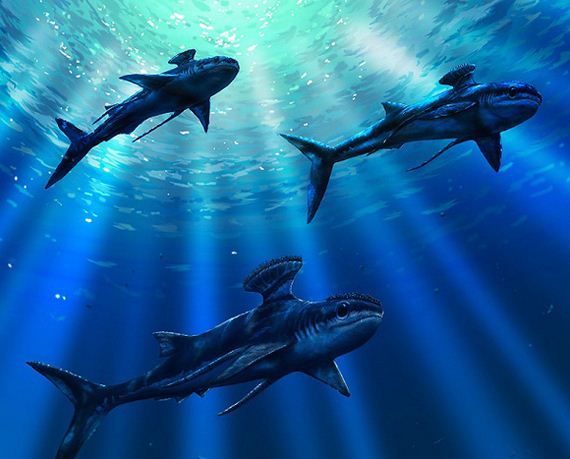 Tanystropheus: Its name means “long necked one” and the prehistoric reptile was easily over 20 feet long. 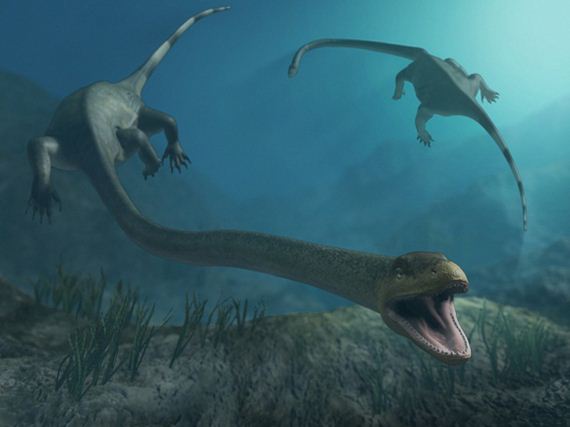 Therizinosauridae: Or “reaper lizard,” may have been found in Mongolia, China, and the United States. Because they had long necks, pot bellies, four-toed feet, and beaky mouth, scientists weren’t sure if their parts belonged to one creature or several. 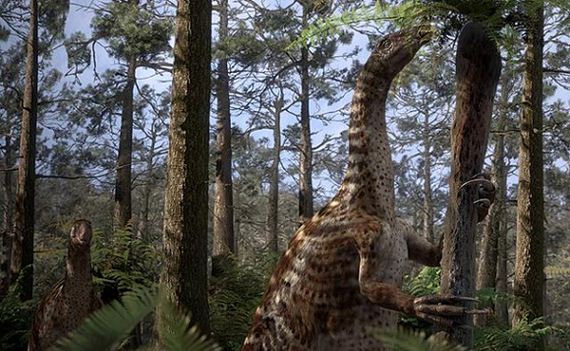 Archaeopteryx: The “first bird” supposedly existed during the Jurassic period, discovered in Germany in 1861. 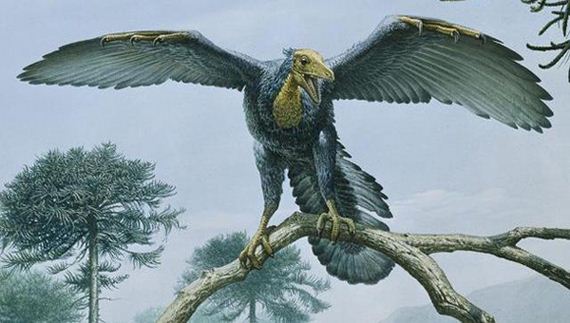 Deinocheirus: There are only a handful of fossil remains of this creature, including two forelimbs and some vertebrae. Its name means “terrible hands.” 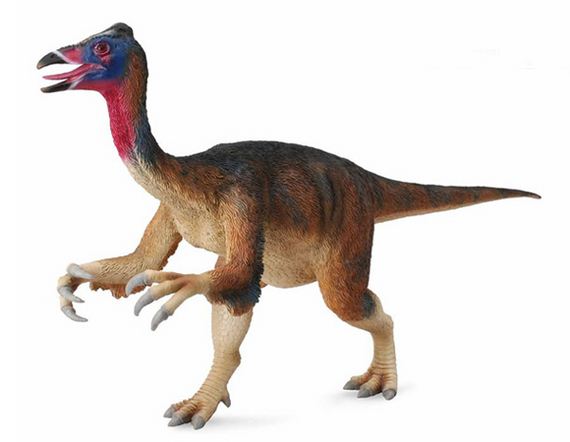 Deinotherium: The “hoe tusker” resembled a modern day elephant and were discovered at major hominid extinction sites at Lake Turkana in Kenya. 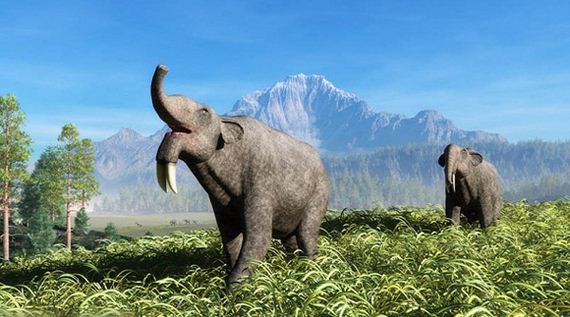 Dimorphodon: This flying creature had two distinct types of teeth in its jaw. It had great eyesight and huge claws for hunting. 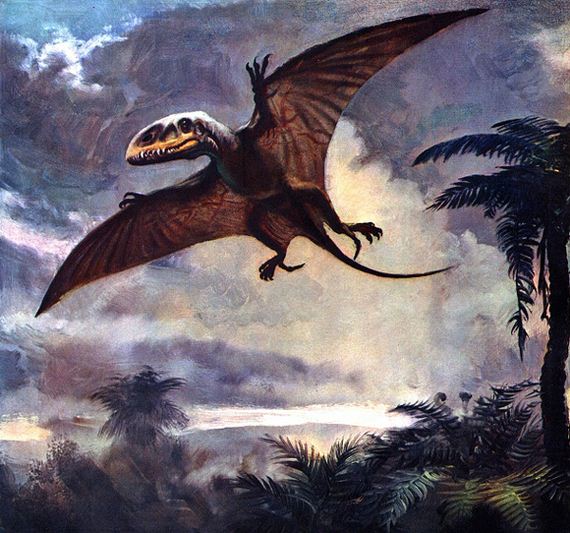 Dunkleosteus: Or “Dunkle’s bone,” was one of the largest armored jaw fishes that ever existed. It was one of the fiercest predators in the ocean. It could be up to 10 meters long and weighed 3.6 tons. 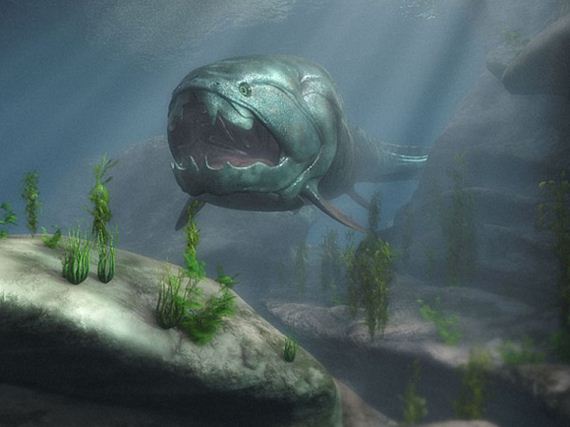 Elasmosaur: This creature could be up to 46 feet in length (with most of its length in its neck). Its neck was 4x larger than a giraffe’s. 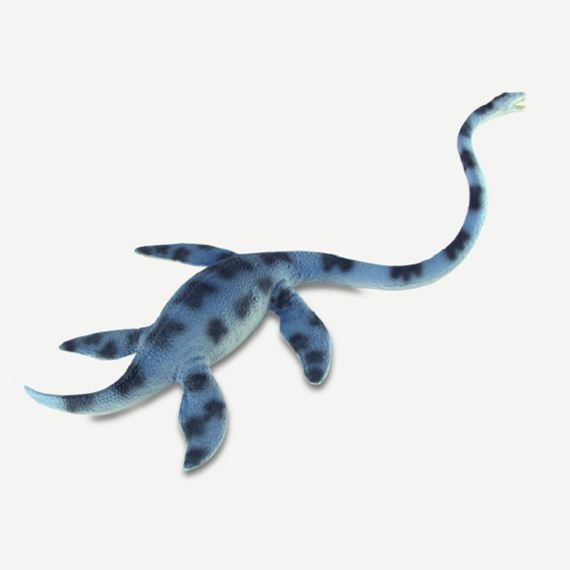 Epidendrosaurus: This was the first reptile to be closer ro a bird than a dinosaur. It was about 6 inches long, with clawed hands on its arms/wings. 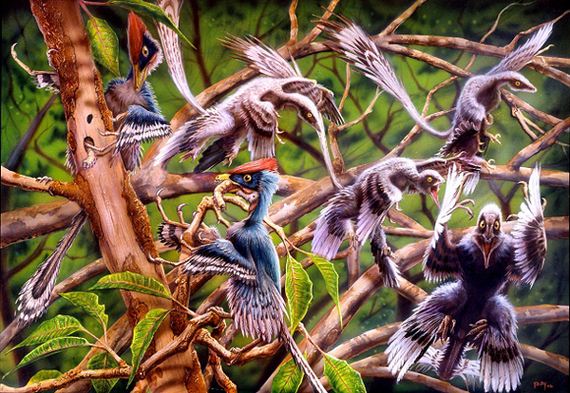 Epidexipteryx: These small, feathered dinosaurs were found in the Inner Mongolia region of China. Their large display feathers were the earliest known representation of ornamental feathers in the fossil record. 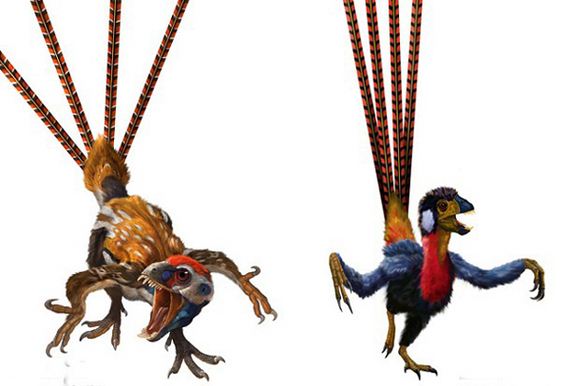 Hallucigenia: A relative of modern arthropods, Hallucigenia is a strange creature only 3 millimeters long. It has a bulbous round head connected to its cylindrical trunk. It was an ancestor of today’s velvet worms. 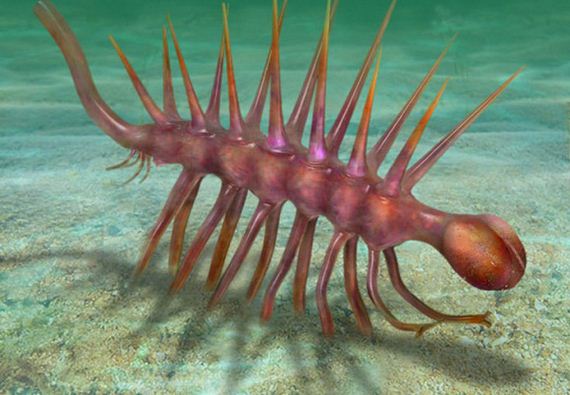 Helicoprion: Also known as “spiral saw,” this shark-like cartilaginous fish appeared in the late Carboniferous era. The only evidence of its existence was a curled-up coil of triangular teeth. Some scientists think that it was used to grind shells, while others believed it to be a weapon. 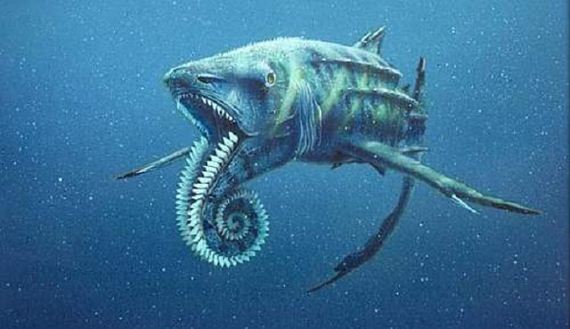 Jaekelopterus: This sea scorpion was massive, at an estimated length of 2.5 meters. It was one of the largest arthropods ever discovered. It supposedly STILL exists in present day freshwater rivers and lakes in Germany. 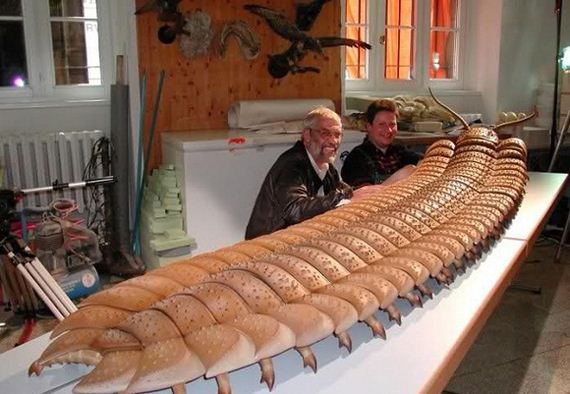 Josephoartigasia: This capybara-like animal was the biggest rodent on the planet, weighing up to 1000kg. 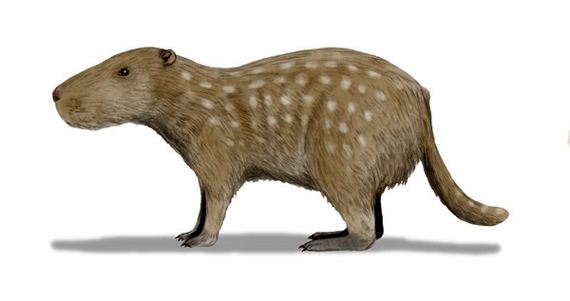 Liopleurodon: This marine predator lived on a diet of fish, squid, and other sea reptiles. It was bigger than a sperm whale and its skull was nearly 1/4 of its body, filled with many smooth teeth. 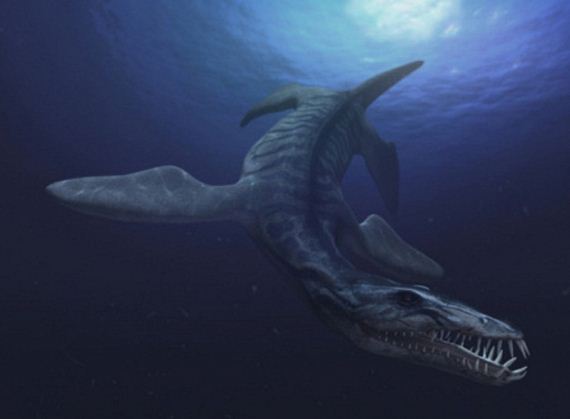 Longisquama: This creature was known as the first archosaur to have been able to glide or parachute. It is known for its elongated pair of scales along its back, with the anterior ones resembling feathers. 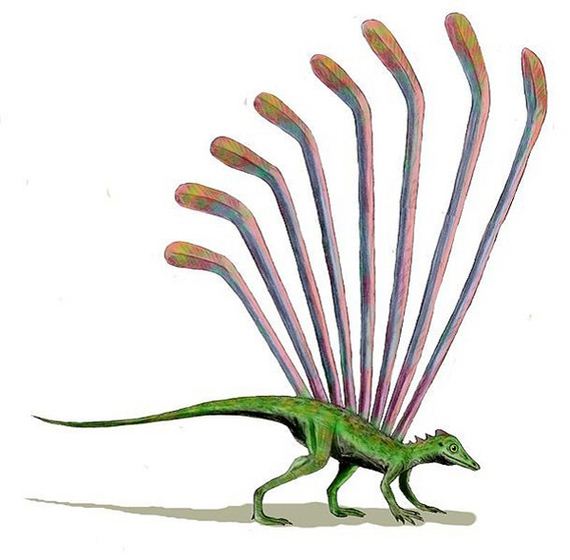 Megalania: Otherwise known as the giant ripper lizard, it fed on a diet of mammals, snakes, other reptiles, and birds. A modern day relative would be the Komodo dragon that inhabits the Flores Islands in Indonesia. 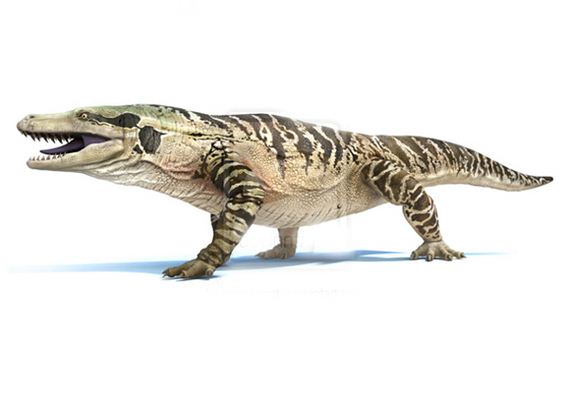