The First Photo Of This Newborn Goose Is Terrible. But The Next 3 Made Me Squeal! 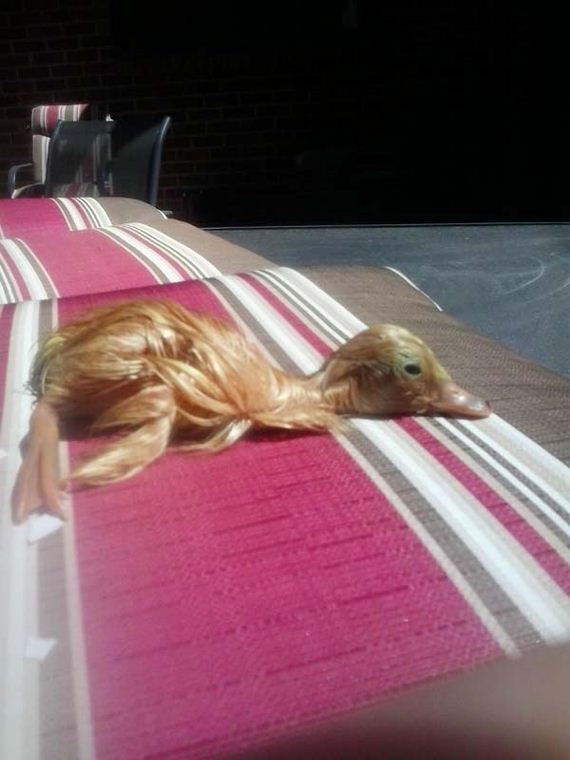 This is Goose, right after hatching.

At a small animal park, one employee always keeps an eye out for duck eggs. They try to prevent the animals from laying eggs and successfully hatching them there, as the drop-off in the pond is usually too extreme for the babies and they end up drowning. They are also killed by the other adult ducks and predators in the park. It’s just not a good place for them to be born.
So when he came across a little duckling that was having trouble hatching from his shell, he knew he would have to help him. Otherwise, the little duck wouldn’t have survived the night.

He was abandoned by his mother. She was on the other side of the park when a passer by heard him chirping from a small hole that he had made in his shell. 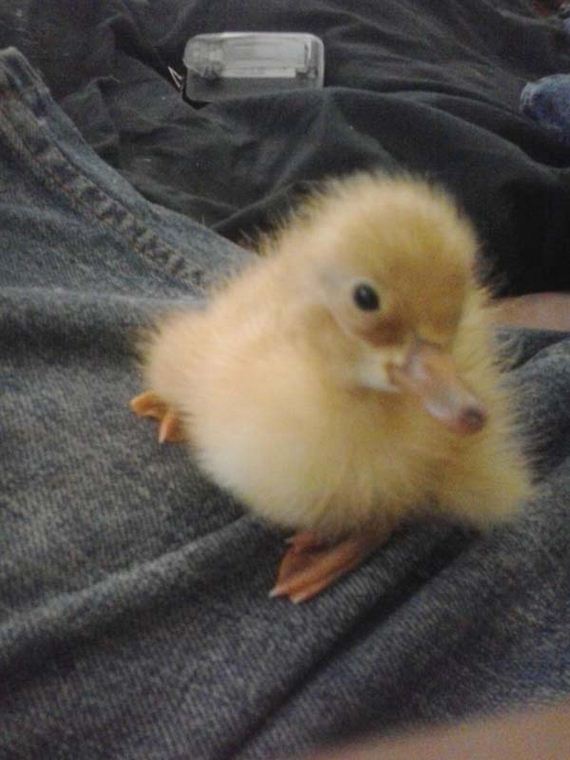 He left the duckling for the rest of the day, but went back for him when the mother never returned. He wouldn’t have survived. 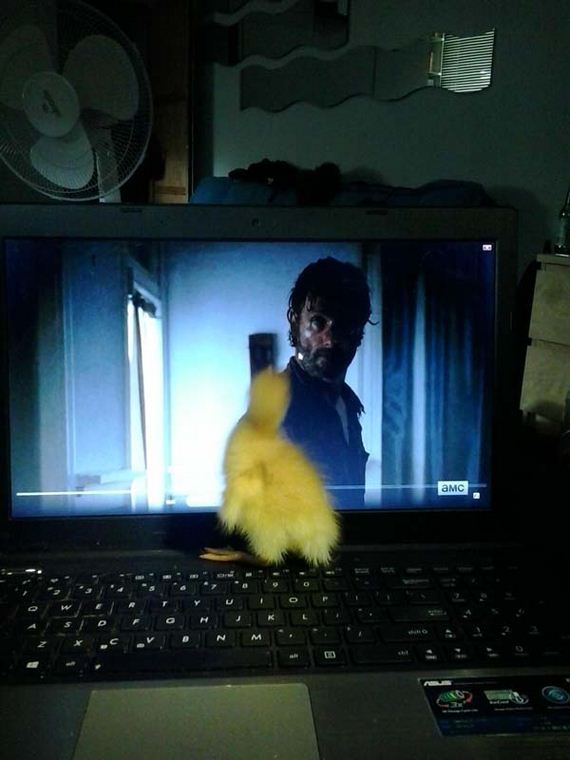 He helped him out of his shell, warmed him up with a heat lamp, and waited. 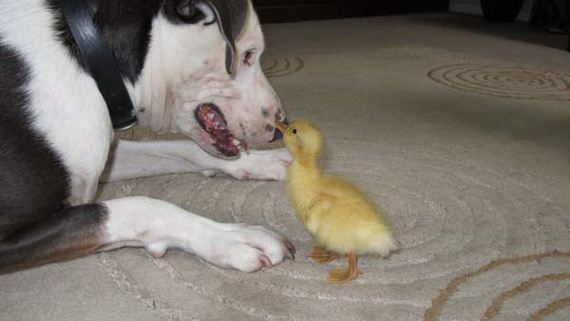 The next day he was energetic. 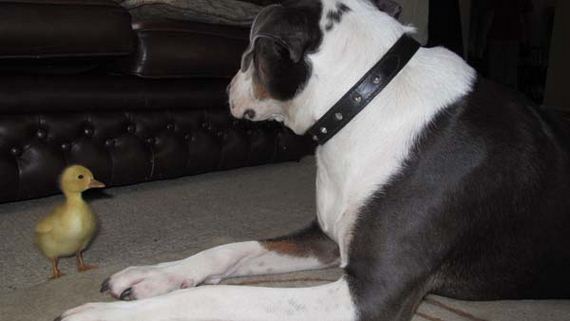 Goose bonded with Blue; they loved each other almost immediately. 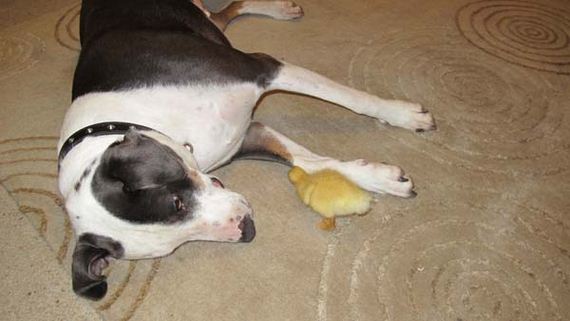 He was a new, fuzzy part of the family. 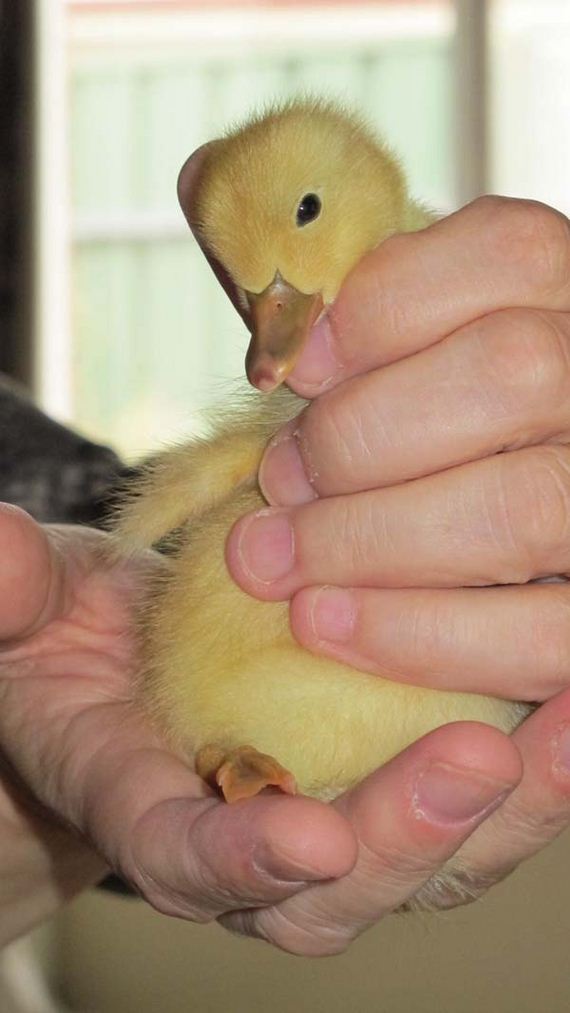 And he grew quickly! 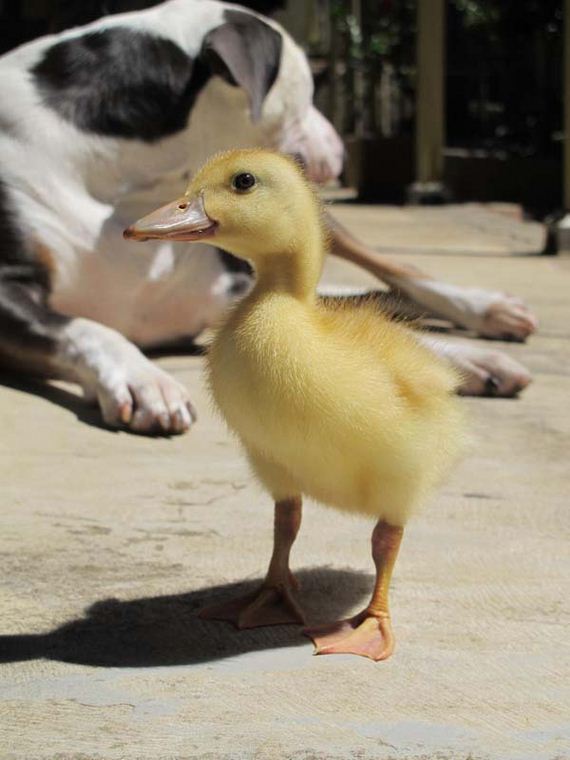 This is Goose after just 2 months. 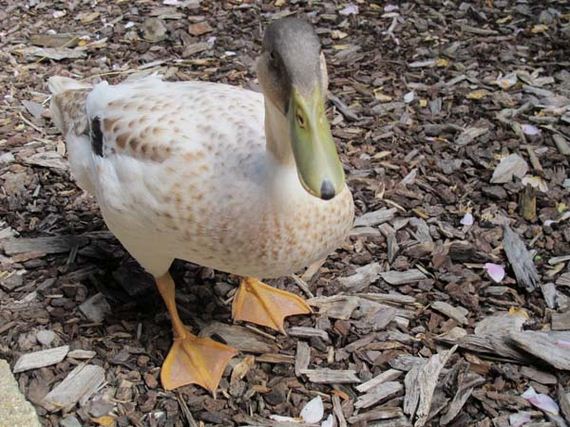 He was a beautiful little duck (although at the time his gender was still uncertain). 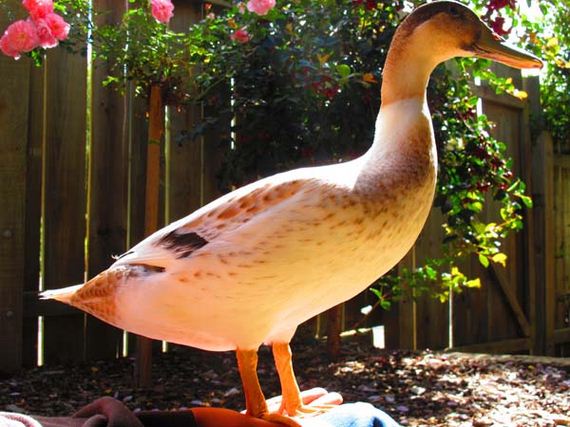 He was still friends with Blue, but the dog had to avoid his playful bites now as his beak hurt a little. 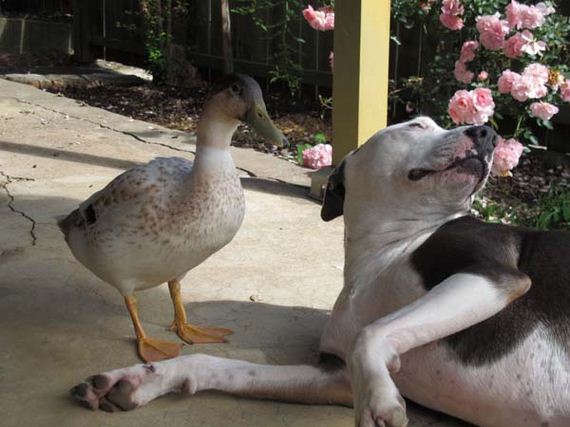 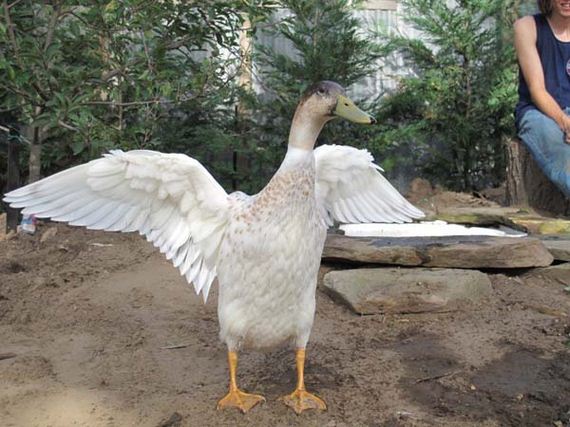 This is his adult coloring (and his “drake feather” came in, meaning he is a male). 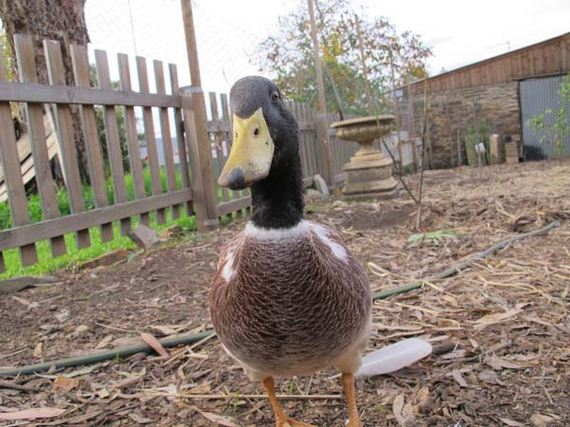 He is a friendly, curious little duck. 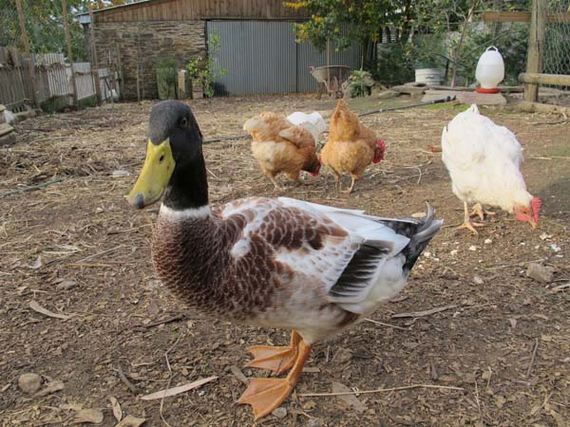 His daddy plans on getting him a duck friend, since now he just hangs out with the chickens. 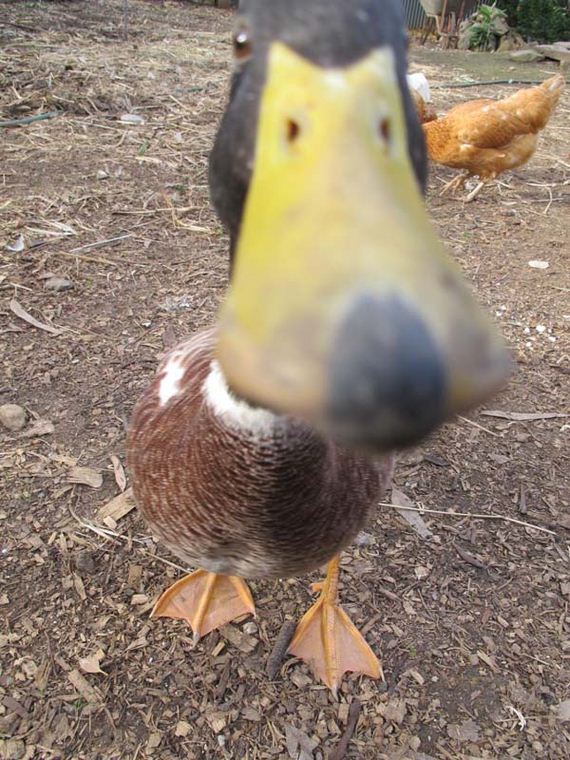 In many cases, if you see a baby bird, it’s probably safer to let it be. Many people aren’t properly equipped to raise a frail little baby. Plus, sometimes the mother will come back and help her offspring. What this park employee did, though, was heroic and it’s wonderful that it worked out for him and little Goose.

Previous Dani Thorne – Karma Loop Photoshoot
Next They Thought They Found A Mouse On Their Doorstep. But What It Really Was Destroyed Me.