The Ghostbusters sequels we never got 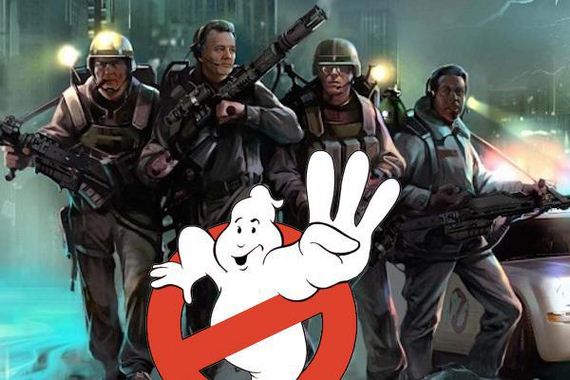 We are finally getting a sequel to Ghostbusters in 2016, but this isn’t the first time they’ve tried. Here are a few of the planned films that never made it out of discussions for one reason or another. 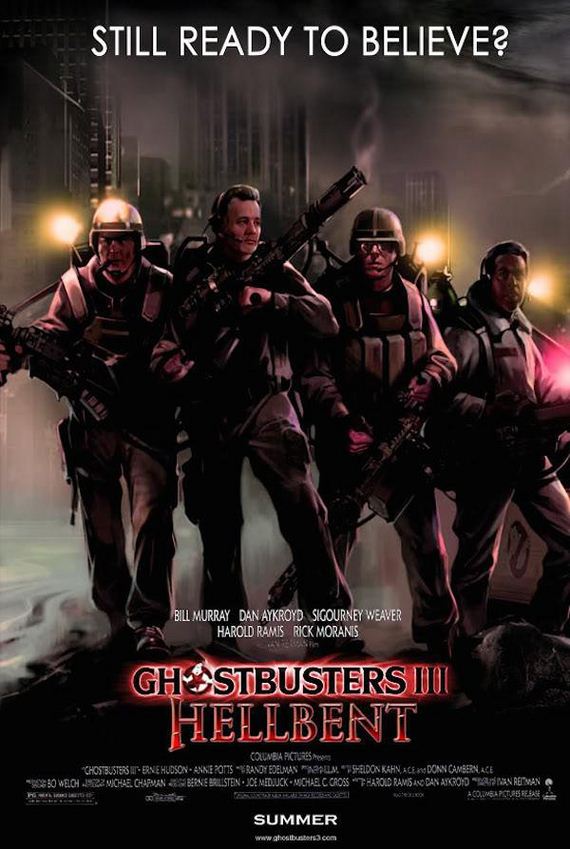 Aykroyd wrote a full script for this movie never to be made. In it the group was sent to an alternate dimension in Manhattan known as Manhellttan. Everyone in Manhellttan is basically an evil version of themselves (think Star Trek beards) and the Ghostbusters would try and take down the Devil, who was described as a Donald Trump like character named Luke Silfer.

Aykroyd gave an interview in 2012 where he said that he had originally planned for Hellbent to be a 4th or 5th movie, and not a direct sequel. 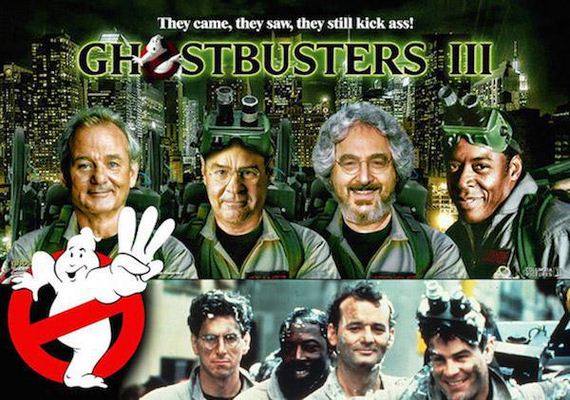 Aykroyd shared with Dennis Miller another script synopsis. This one was all about passing the torch to younger ‘busters’.

The Ghostbusters would be old. Venkman would be dead (this may have been related to Bill Murray saying publicly he did not want to be in any future movies), Ray would be blind in one eye. Egon would be too fat to wear the pack anymore and so they begin to look for fresh blood to join their ranks. He said it would have been three young men and a woman, and had suggested Matthew Gray Gubler for the lead role. 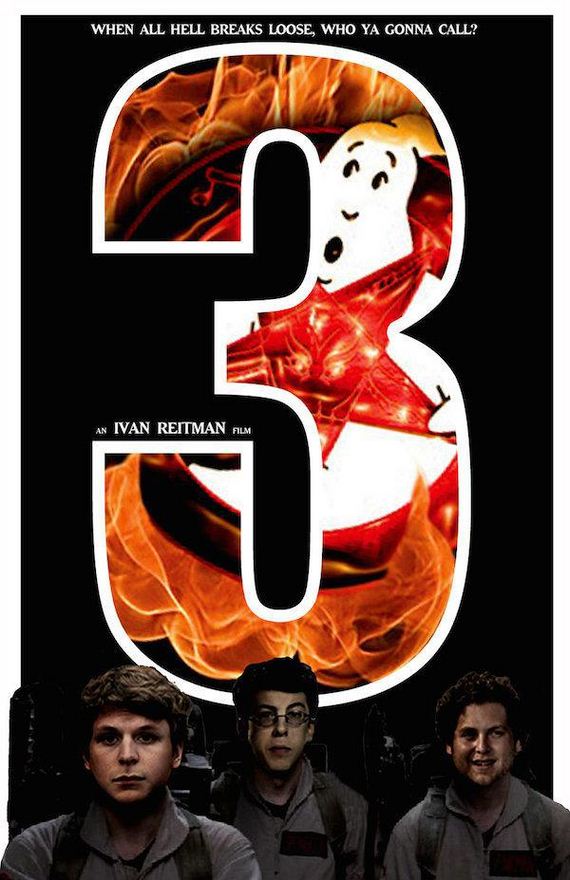 Ghostbusters 3: The Best and Brightest

In 2013 Aykroyd told Larry King a similar, though slightly different take on New Blood.
In this version the current Ghostbusters were dealing with some issues that they were not qualified for educationally. So they reach out to a group of students studying particle physics at Columbia University.

He added that there was a place in the script for returning characters such as Larry King himself and Bill Murray should he change his mind.

Chronicle screenwriter Max Landis shared on twitter a pitch he had made for the third Ghostbusters film.

In it the Ghostbusters have become a global corporation, but the original firehouse is on hard times, catching a mere 12 ghosts a year and are slowly going bankrupt.

Another down on their luck team try to pick up business by summoning some minor ghosts but join up with the original group after they accidentally resurrect Gozer instead. 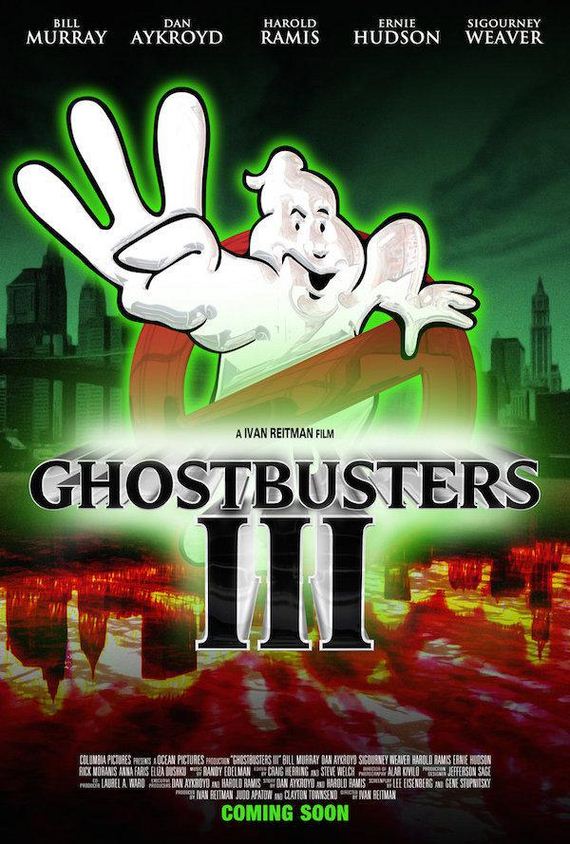 Ivan Reitman, the films original director had a version of the film in discussion at Sony which was leaked after Sony had their emails hacked in late 2014.

In Reitman’s version Venkman and Dana have another son named Chris, who joins the team. It was suggested that Chris would be played by Adam Pally, Charlie Day, or Jesse Eisenberg and would take after his father much.
Instead comic relief would have been provided by a character named Dean who Zach Galifianakis was being courted to play.

None of the actors were ever actually cast though as the email was just a pitch to the studio.

No title, no script, not even a synopsis. This movie was proposed by Sony as a way to expand the Ghostbusters franchise into a universe. They wanted to form a whole production company around making multiple Ghostbusting films similar to how Marvel controls all of their own films.

The only thing ever announced about this movie was that it was supposed to have an all male cast, starred Channing Tatum and that it was eventually cancelled. 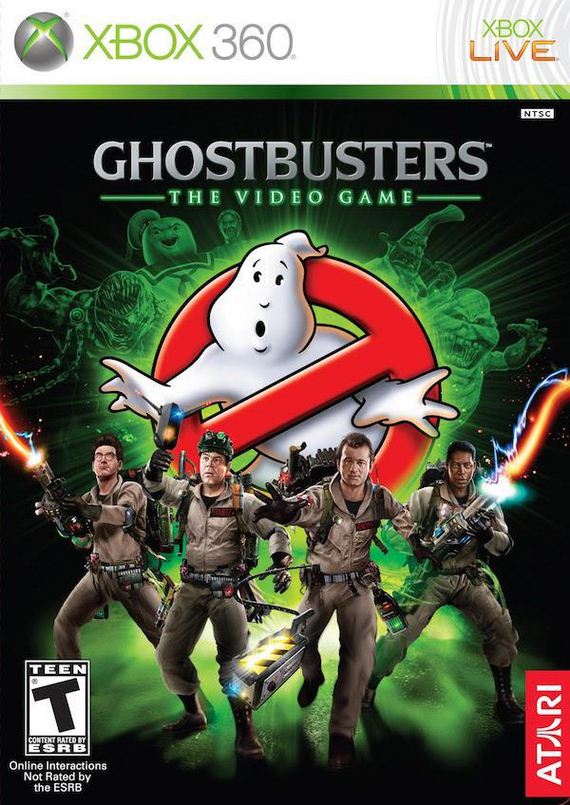 Released in 2009 for almost everything, Ghostbusters the Video Game was written by Harold Ramis and Dan Aykroyd. The entire cast, including Murray returned and were joined by Alyssa Milano.

The player joins the crew as a new Ghostbuster and just in time as ghosts are overtaking Manhattan when he does. The game saw the return of the Stay-Puft Marshmellow Man and Gozer.

Aykroyd called it “Ghostbusters 3 for all intents and purposes.” 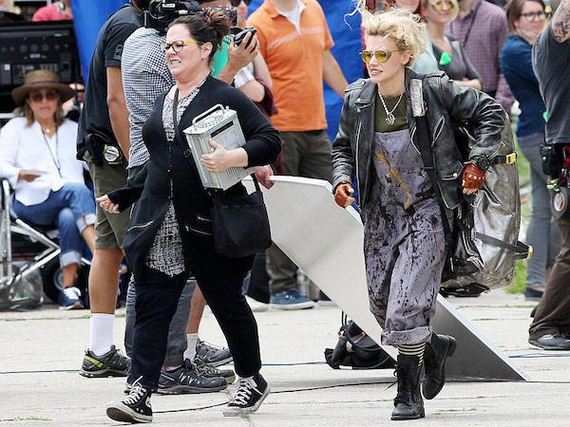 Here is the one we are actually getting.

The story goes that Kristen Wiig and Melissa McCarthy write a book about ghosts being real. The film then jumps a few years and Wiig has a prestigious teaching position at Columbia University when the book resurfaces among her peers and she is laughed out of the building. She then joins up with McCarthy and shows her colleagues whats what when Manhattan is overrun once again with spirits.

Paul Feig of Bridesmaids is directing.