If you’re like me, you’ve already seen the newest version of “The Jungle Book” and you’re planning the next trip to the theaters to watch it again. However, there’s a lot more to the story than a lot of people think. Here are some bits of info covering the whole gambit, from the origins of the story to the various adaptations. 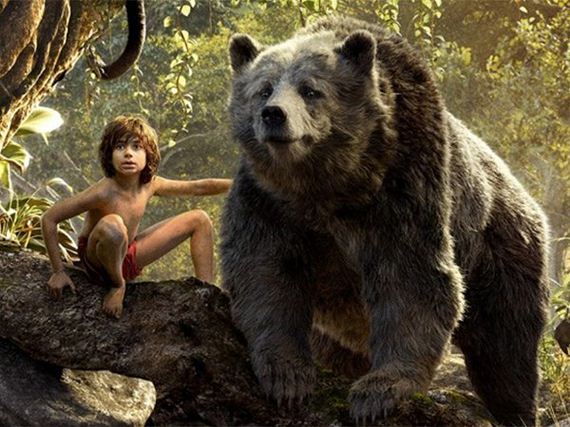 The stories that make up “The Jungle Book” were originally published as short stories in magazines from 1893-1894. Indian born English author Rudyard Kipling wrote them… in Vermont. He meant for them to be fables to illustrate moral lessons, though some argue that there are also political implications involved. 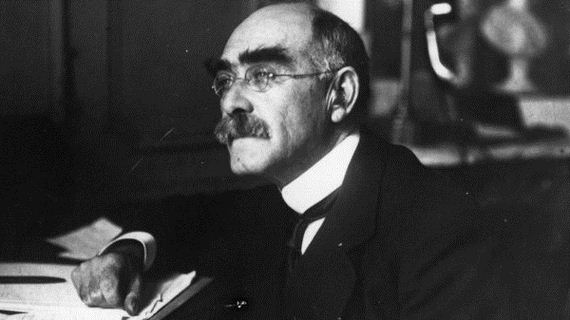 In the stories, Mowgli appears in less than half of the publications. The story we all know and love comes from the first 3 of the 7 stories that make up “The Jungle Book.” The first story is titled “Mowgli’s Brothers” and is about a man cub raised by a family of wolves. A bear named Baloo and a black panther named Bagheera become Mowgli’s best friends and teach him how to survive in the jungle. 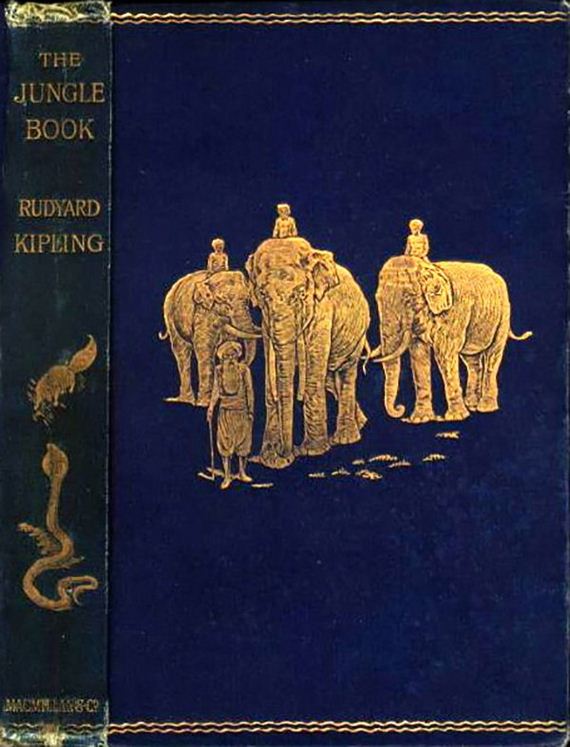 The second story is called “Kaa’s Hunting” and takes place in between events recounted in “Mowgli’s Brothers.” Mowgli gets abducted by monkeys, and is eventually rescued by Baloo and Bagheera, as you see in the adaptations. 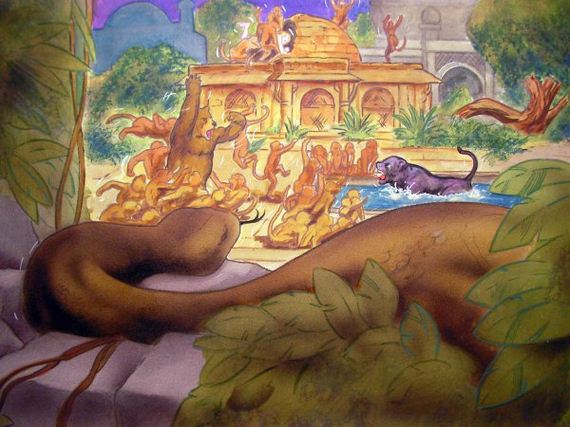 The third and final story involving Mowgli is called “Tiger! Tiger!” In this story Mowgli returns to the human village and is adopted by a woman who lost her son.

The character names aren’t as creative as you think. They’re mainly based on the Hindi words for the animals themselves or a combination of various Indian Subcontinent languages. Baloo is inspired by Bhālū which is the Hindi word for several species of Indian bears. The name Shere Khan has two inspirations. Shere, or “shir” means “tiger” in Persian, Urdu and Punjabi, while Khan translates as “king” in languages such as Pashto. You know, like Genghis Khan. 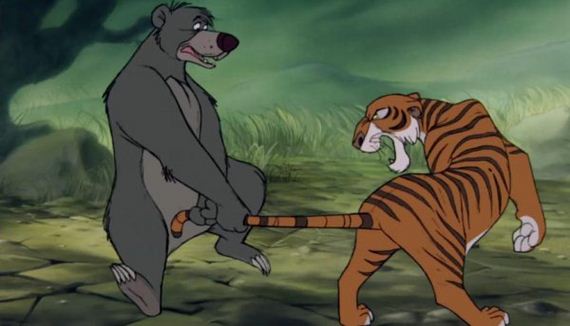 Mowgli’s name however is a made up word by Kipling. Within the world of the book, it’s supposed to mean “frog” in the tongue of the jungle. Actually, the first syllable in Mowgli’s name is supposed to be pronounced like “cow” and not “know.”

The story has definitely had its fair share of adaptations. “The Jungle Book” has had 4 live action adaptations and 5 different animated feature films and TV adaptations. 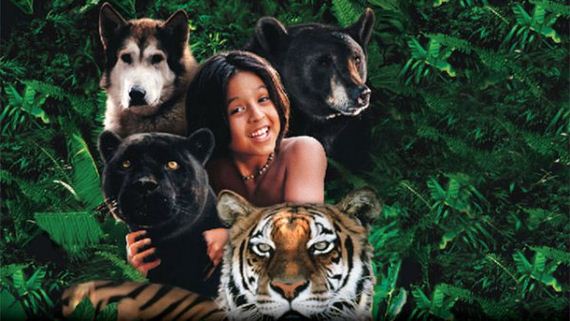 The first live action adaptation came out in 1942, before Disney could get a hold of the story. 2 Hungarian filmmaking brothers, Zoltán and Alexander Korda, made the film, and it’s loosely based on the “Tiger! Tiger!” story since it’s mostly about how Mowgli deals with the human world after he becomes a man. The animal characters only make appearances as supporting characters , and Mowgli’s biggest challenge is getting the human villagers to see him as something other than a savage or demon. In the end Mowgli says “screw you guys” and goes back to the jungle where he grew up. 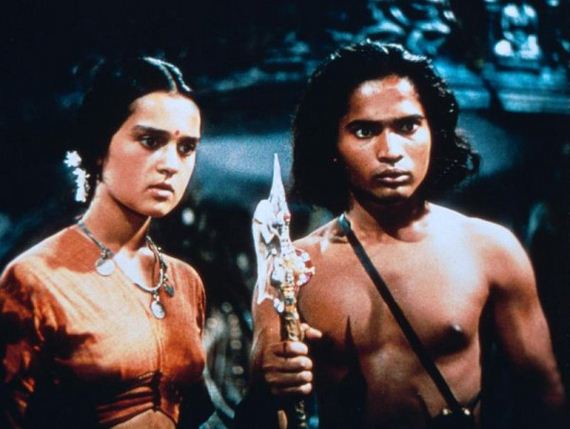 Disney, of course, changed a lot for their 1967 animated classic. In the stories, Baloo teaches Mowgli about the laws of jungle survival, which didn’t really have anything to do with the easy-going bare necessities. He also repeatedly smacks Mowgli on the head when he gets a rule wrong, and Bagheera actually has to step in and stop the beating. 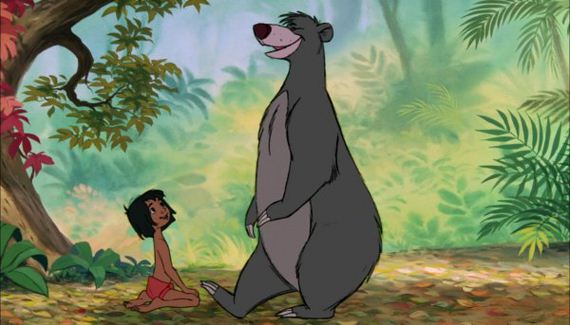 Also, Shere Khan wasn’t as antagonistic in the stories. He basically got all the malice from the original characters thrown into him. He wasn’t as threatening originally. He even had a lame paw. 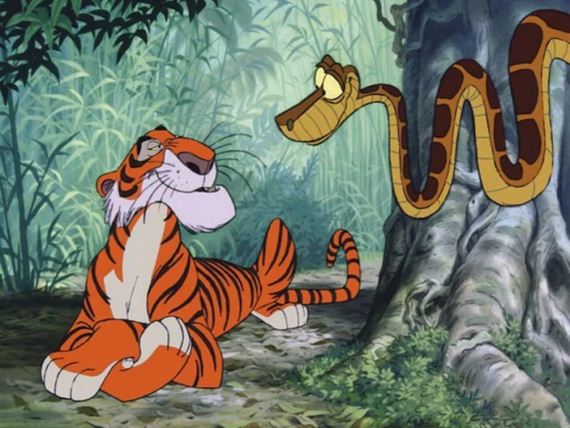 Kaa the python definitely didn’t have psychedelic rainbow eyes, either. He was originally another wise companion and protector of Mowgli and helps rescue him from the monkeys.

The Soviet Union also took a swing at an animated version of “The Jungle Book.” It was in English, and it was surprisingly faithful to the original story. It wasn’t as family friendly, but it was truer in terms of content and themes, for example Kaa was Mowgli’s ally in this version. 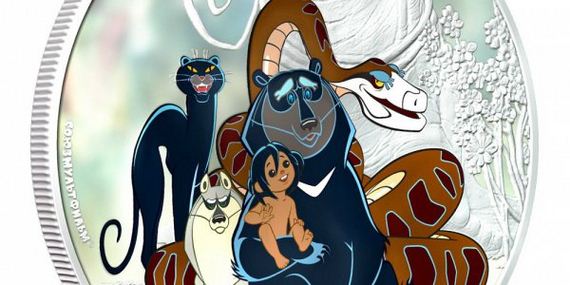 The Ape King Louie was never in the original stories. 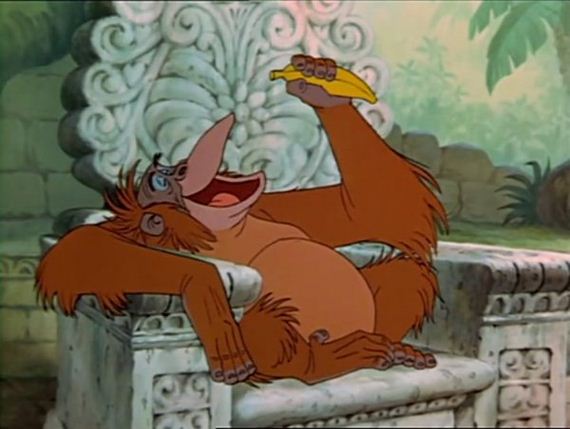 The vultures in the Disney version are actually based on the Beatles. They’ve got Liverpool accents, Mop-top haircuts in their eyes and a harmonizing melody, so it’s pretty obvious, right? The story goes that the Beatles manager Brian Epstein went to Walt Disney Studios to try and get the band featured in the film, so Disney animators designed the characters in their likeness. 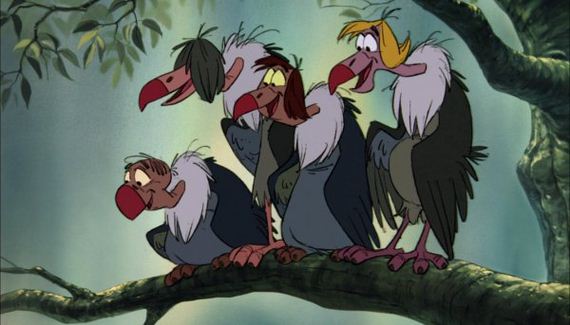 The band members were even asked to voice the characters, but John Lennon was the first to reject the idea and the rest followed suit. When the Beatles dropped out, the vultures’ son was rewritten as a barbershop quartet.

Richard Sherman, a Disney music-writing veteran and writer of the “Bear Necessities,” came back for the new film to rearrange the classic songs from the 1967 classic as well as write new ones. So, be prepared for a little bit of nostalgia mixed into this exciting new movie. Enjoy! 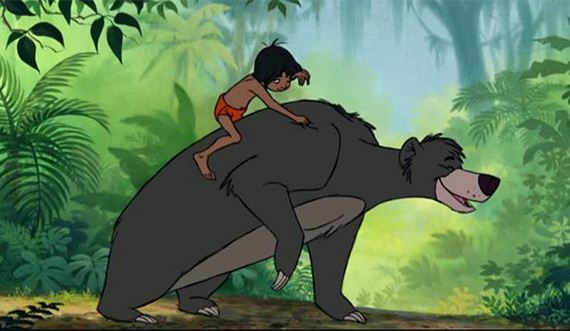