This is Ron Spragg, from Calgary, Alberta. He’s a contractor, a family man and a little league coach. 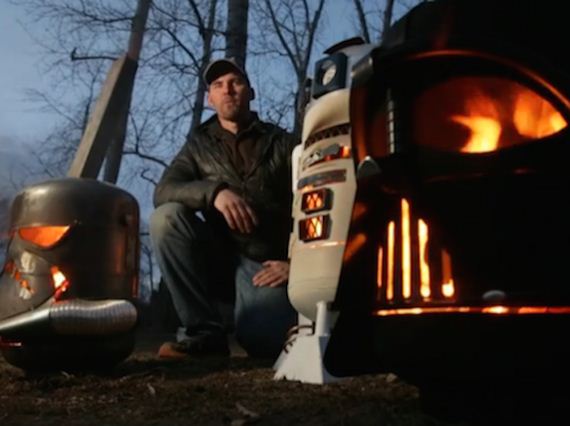 In his spare time, he’s got an Etsy shop where he makes really cool, Star Wars themed fire pits. 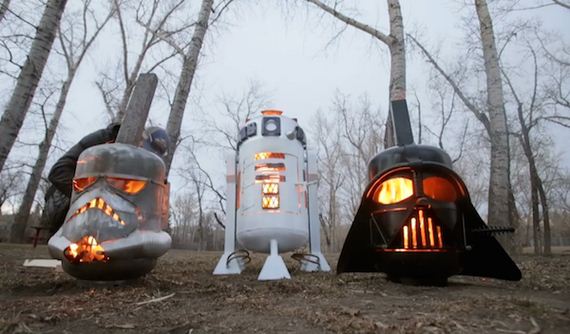 So far, in his product line, he’s got a stormtrooper helmet, Darth Vader and R2-D2. 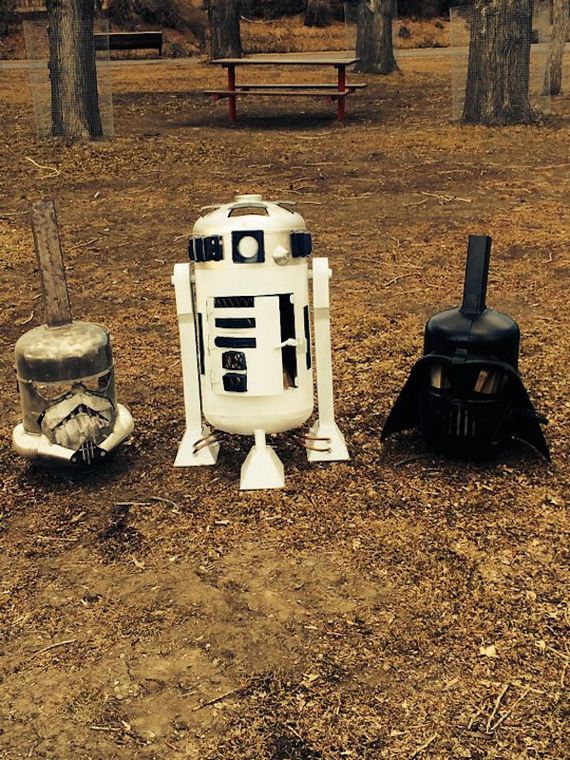 He’s only been on Etsy since January, and he’s already sold a few of the Darth Vader ones, and one of the stormtroopers. 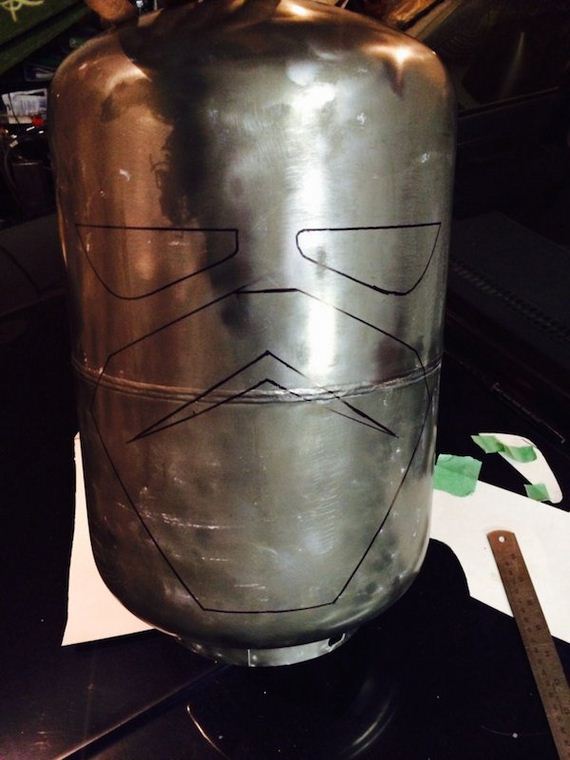 He handcrafts each and everyone himself, starting with an old propane tank. 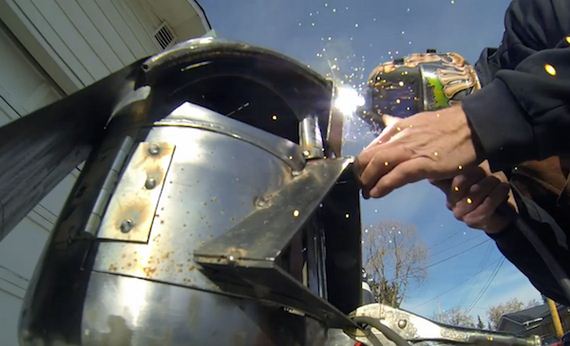 All the little pieces are cut by hand and then welded on. 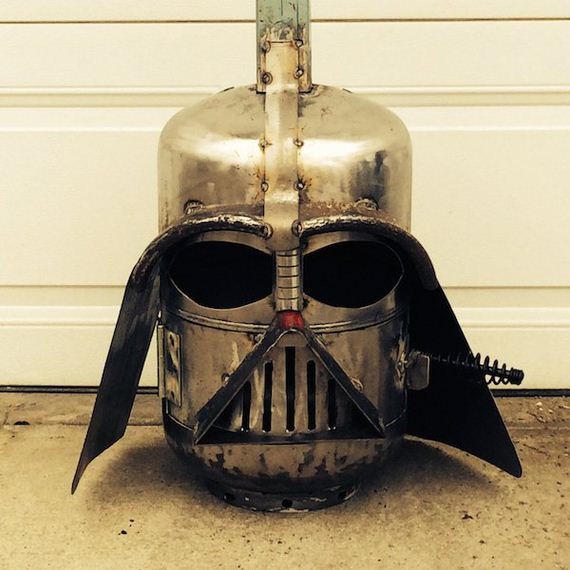 Even with the unfinished metal and weld marks, it’s pretty cool Steampunk version of Vader, don’t you think? 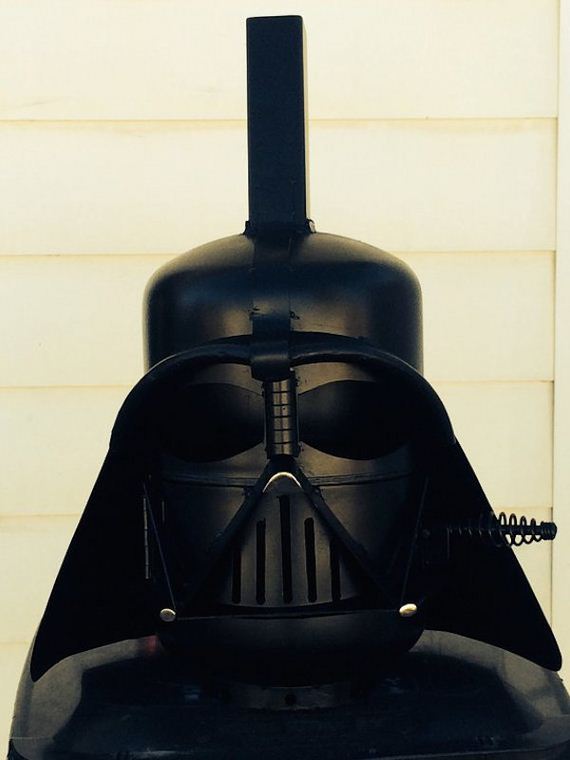 Once it’s all finished up, they look pretty awesome. 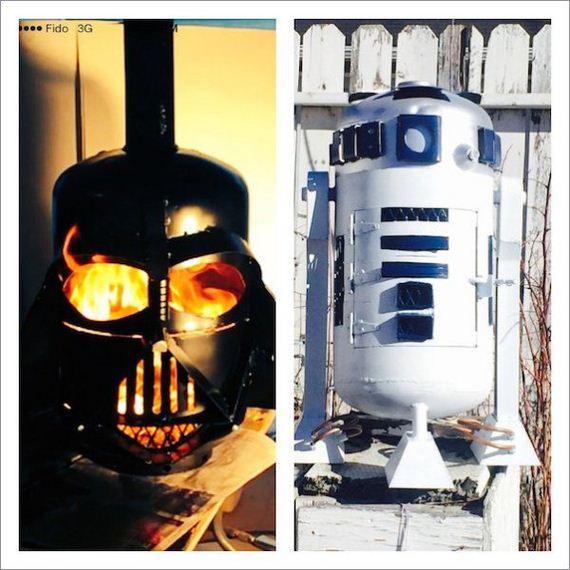 So other than the experience of making cool Star Wars themed, sheet metal creations, Ron has another reason for making his fire pits. 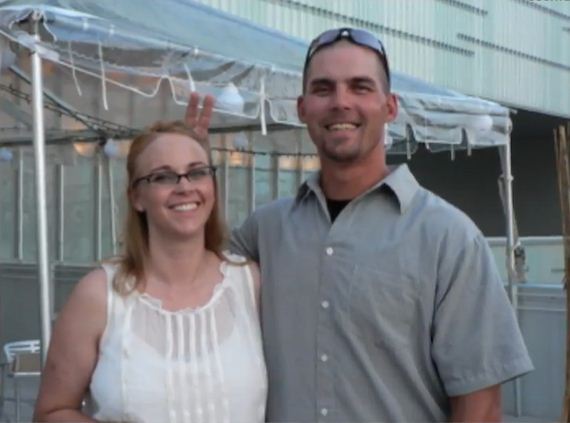 This is his sister Melody, and what she didn’t know until recently was that both her brother and Darth Vader were coming to help her.

Melody currently lives in Louisiana, having moved down there in 2003. She was working as the hospice and inmate volunteer director at Angola, the Louisiana State Penitentiary, until she was diagnosed with Lyme disease, and had to step away from her career for treatment. 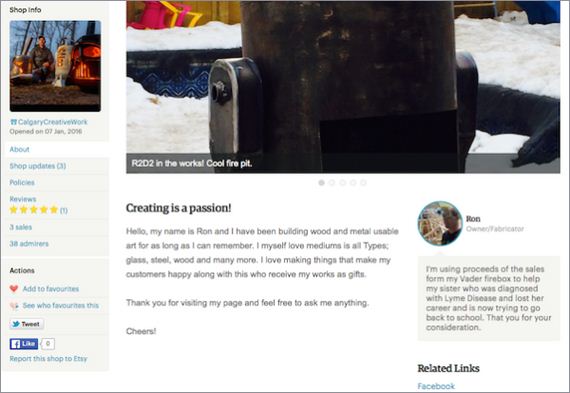 One day she was browsing her bother’s Etsy page and came across a blurb about why he was making the pits. 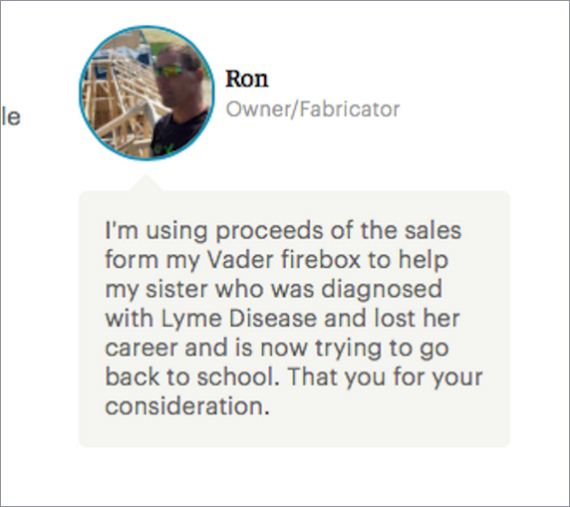 According to Ron, his sister was everything to him growing up; taking care of him, raising him, and now he wanted to give back to her, and this was the only way he knew how.

Currently his sister spends about $6,500 US a month on treatment for Lyme disease, and he hopes that what little money he can make from the pits, can help.

He’s also got ideas for other pit styles that he’ll be offering on his site soon, and he feels that as long as he can raise awareness about Lyme disease and keep on helping his sister, he’s on the right track. 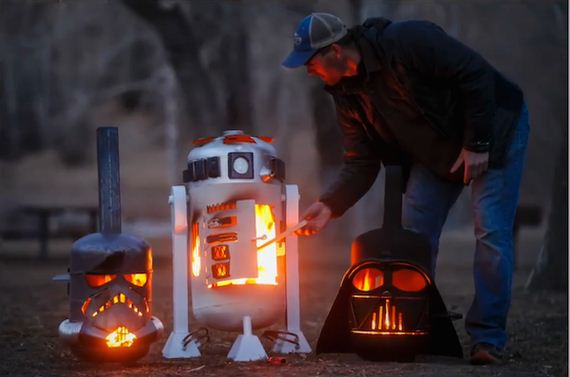 The force is definitely strong with this one.

Previous A few simple ways to eat healthier to keep our girlish figures in check
Next Word to the wise, don’t breakup on Facebook