THIS SHOULD HAPPEN AT EVERY AWARD SHOW.

Zac won the award for Best Shirtless Performance (obviously, there was NO competition).

But he was wearing his shirt, and Rita Ora knew that had to be fixed.

And after she ripped off his buttons and exposed his beautiful torso, she tried to put it back on…

But Zac, man of the people, knew better.

HE KNEW WHAT WE NEEDED. HE RIPPED THAT DUMB, STUPID SHIRT OFF AND THREW IT ON THE FLOOR WHERE IT BELONGS.

And gave us the double salute, while he just stood there.

Then he gave another salute because he knew that he just made America proud.

He also did this lip thinggggggsjkndflgjmslkdfjgmlskdjgfmlsg.

AND THEN SENT US KISSES AND WE ALL DIED.

And thank you, Rita Ora, for being an outstanding citizen of the world by doing what you did. 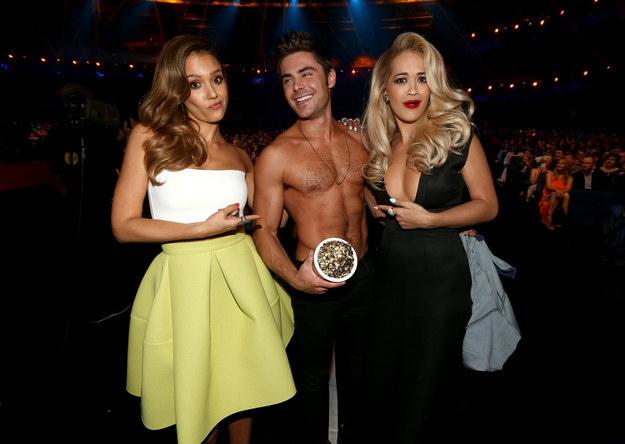 Loading...
Previous Revealing Facts About Your Underwear
Next Here’s Exactly How The Most Recent, Huge Death In “Game Of Thrones” Was Pulled Off