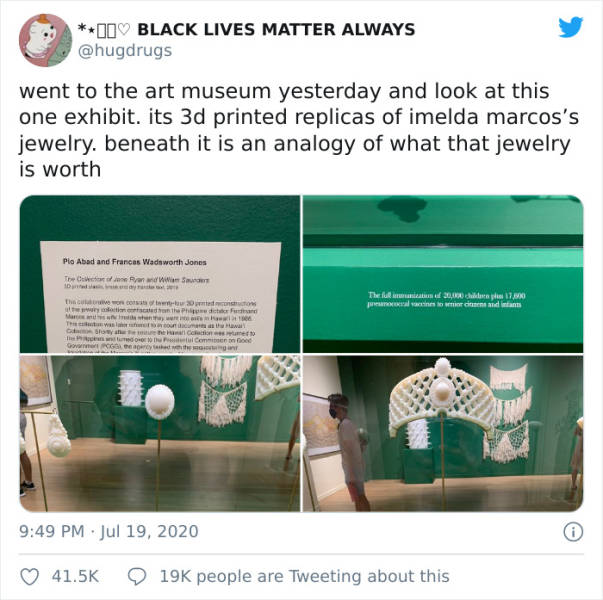 Below each piece, the authors have written what could have been done with the money that the jewelry is worth 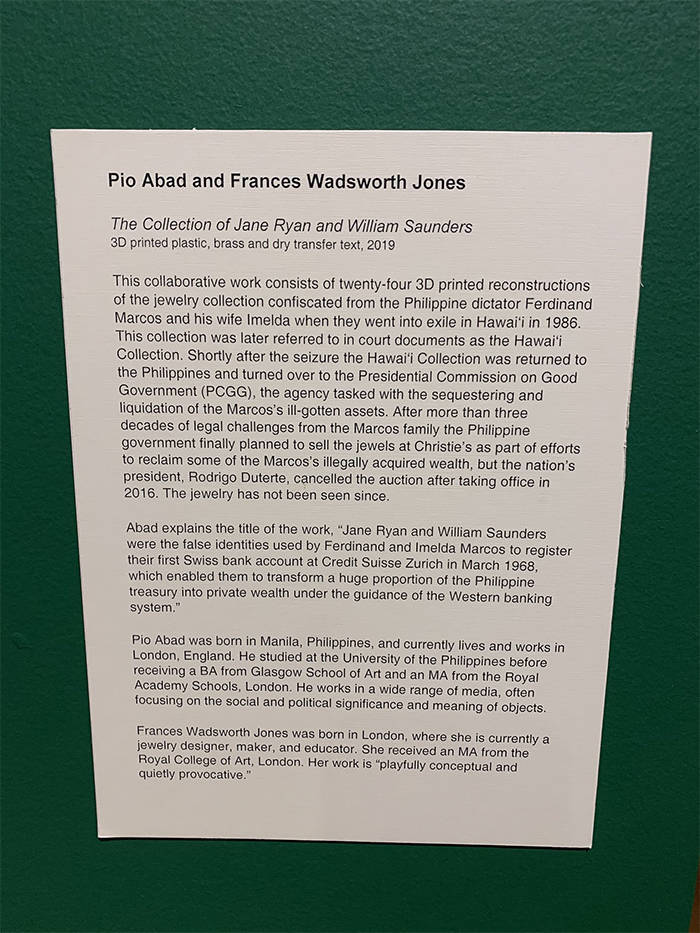 The authors of the exhibition—Pio Abad and Frances Wadsworth Jones—write in the description: “This collaborative work consists of twenty-four 3D-printed reconstructions of the jewelry collection confiscated from the Philippine dictator Ferdinand Marcos and his wife Imelda when they went into exile in Hawaii in 1986. This collection was later referred to in court documents as the Hawaii Collection. Shortly after the seizure the Hawaii Collection was returned to the Philippines and turned over to the Presidential Commission on Good Government (PCGG), the agency tasked with the sequestering and liquidation of the Marcos’s ill-gotten assets. After more than three decades of legal challenges from the Marcos family the Philippine government finally planned to sell the jewels at Christie’s as part of efforts to reclaim some of the Marcos’s illegally acquired wealth, but the nation’s president, Rodrigo Duterte, cancelled the auction after taking office in 2016. The jewelry has not been seen since.”

Abad explains the title of the work: “Jane Ryan and William Saunders were the false identities used by Ferdinand and Imelda Marcos to register their first Swiss bank account at Credit Suisse Zurich in March 1968, which enabled them to transform a huge proportion of the Philippine treasury into private wealth under the guidance of the Western banking system.”

Pio Abad was born in Manila, Philippines and currently lives and works in London, England. He studied at the University of the Philippines before receiving a BA from Glasgow School of Art and a MA from the Royal Academy Schools, London. He works in a wide range of media, often focusing on the social and political significance and meaning objects.

Frances Wadsworth Jones was born in London, where she is currently a jewelry designer, maker, and educator. She received an MA from the Royal College of Art, London. Her work is “playfully conceptual and quietly provocative.”

“The full immunization of 20,000 children plus 17,600 pneumococcal vaccines to senior citizens and infants” 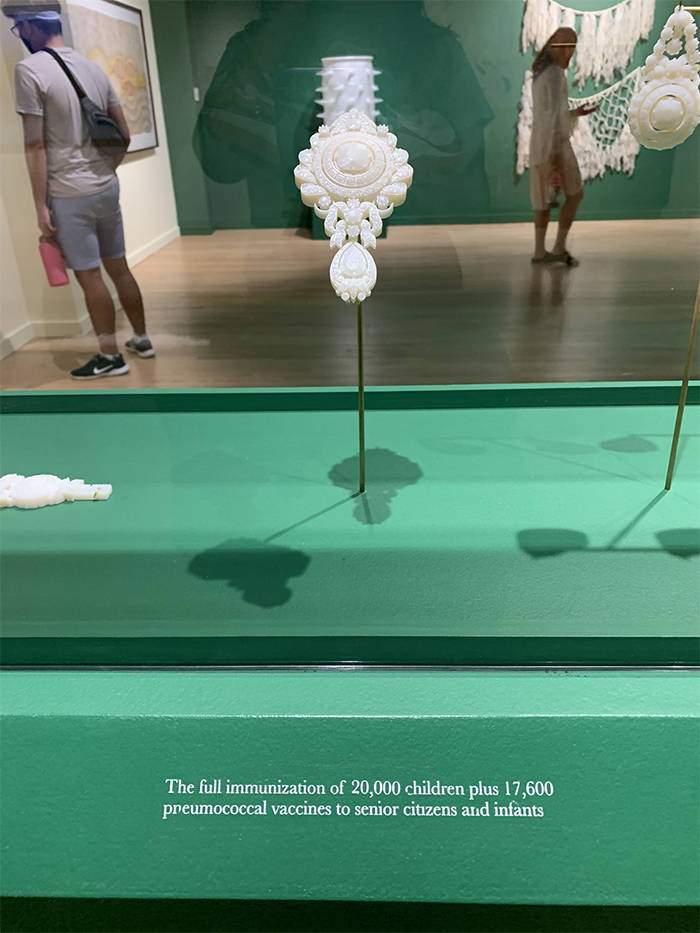 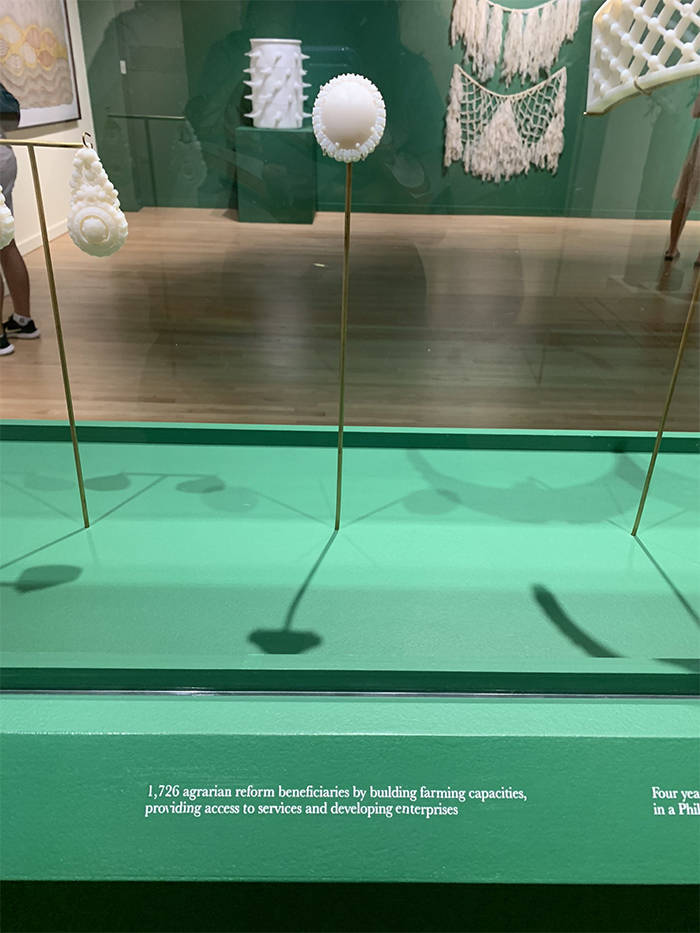 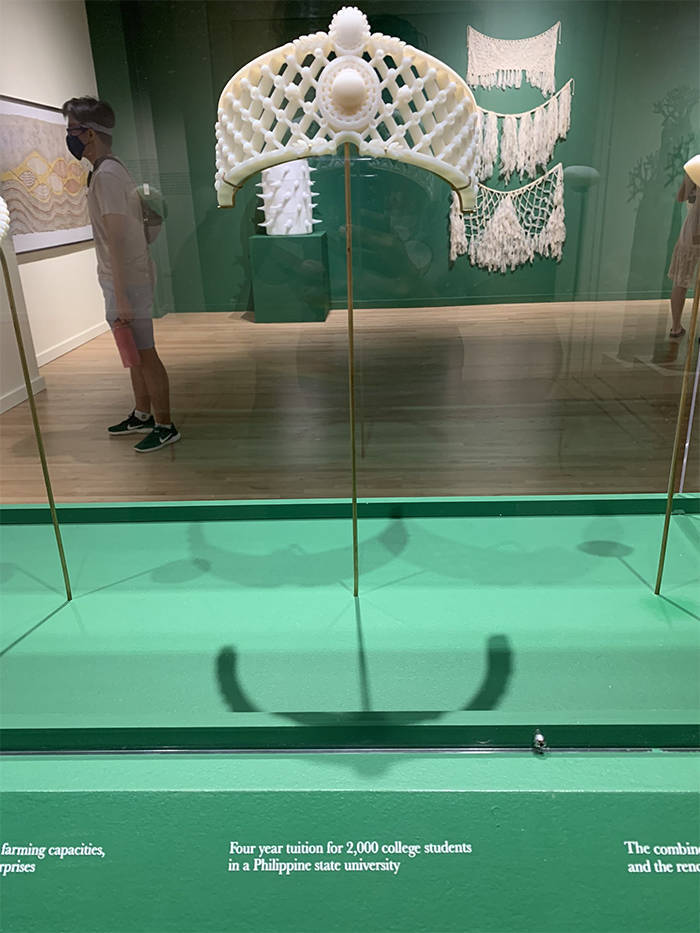 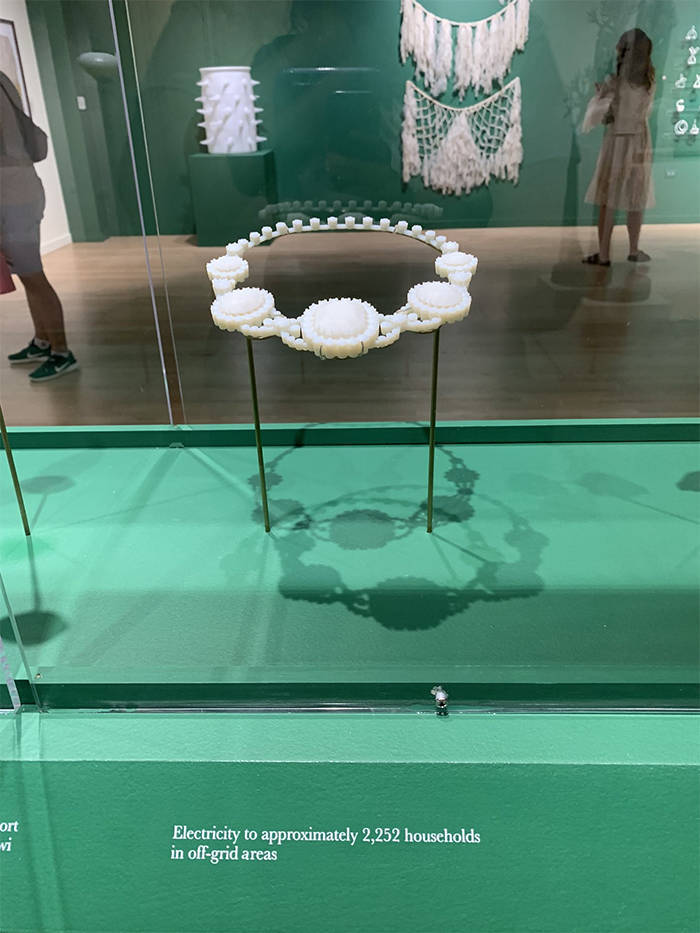 “The average annual income of 15 Filipinos” 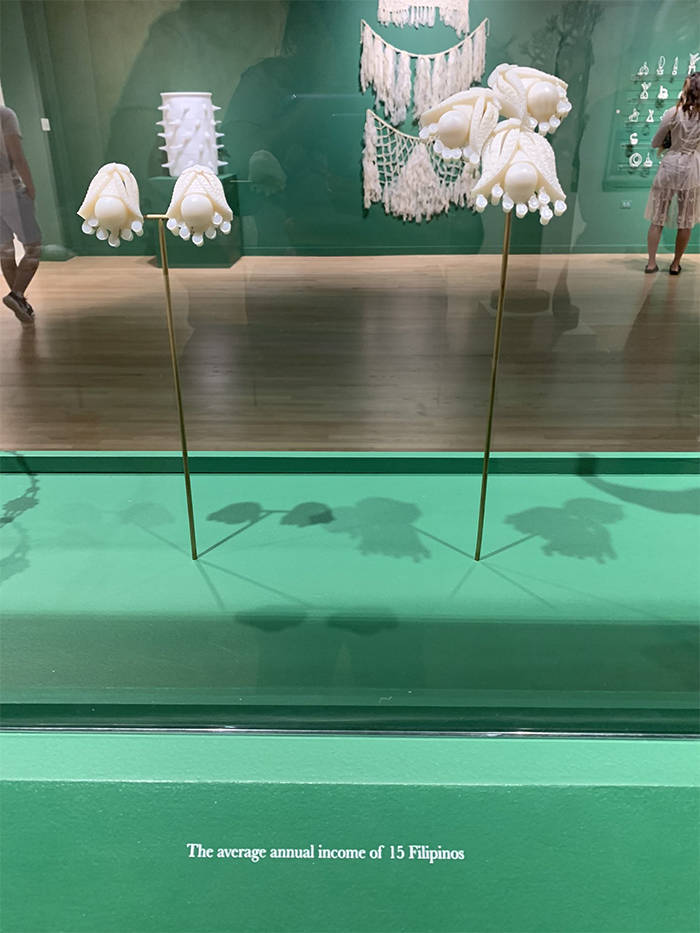 “The treatment of 12,052 cases of tuberculosis until their full recovery” 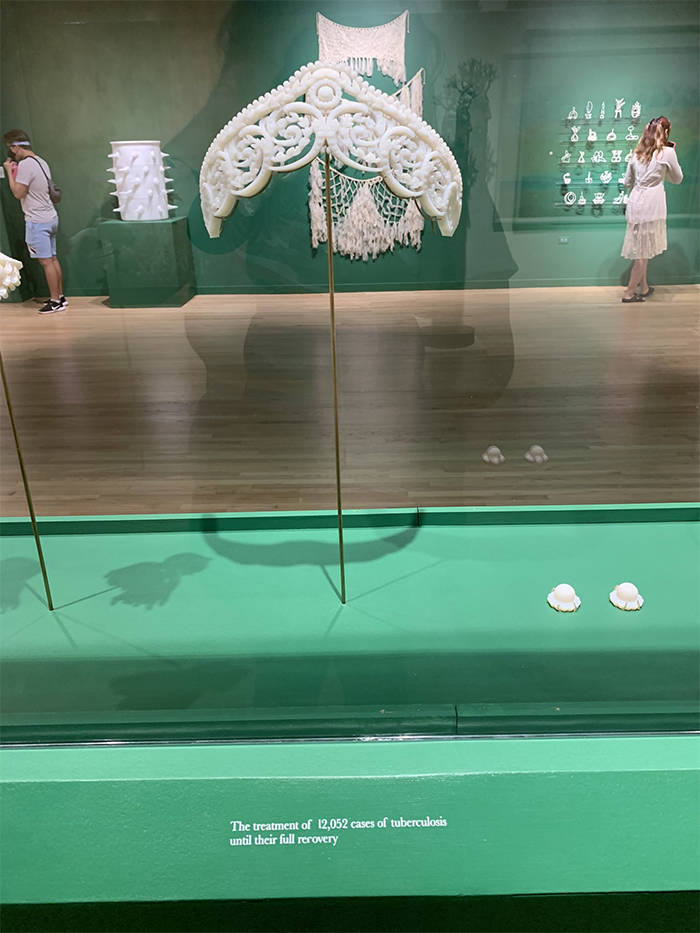 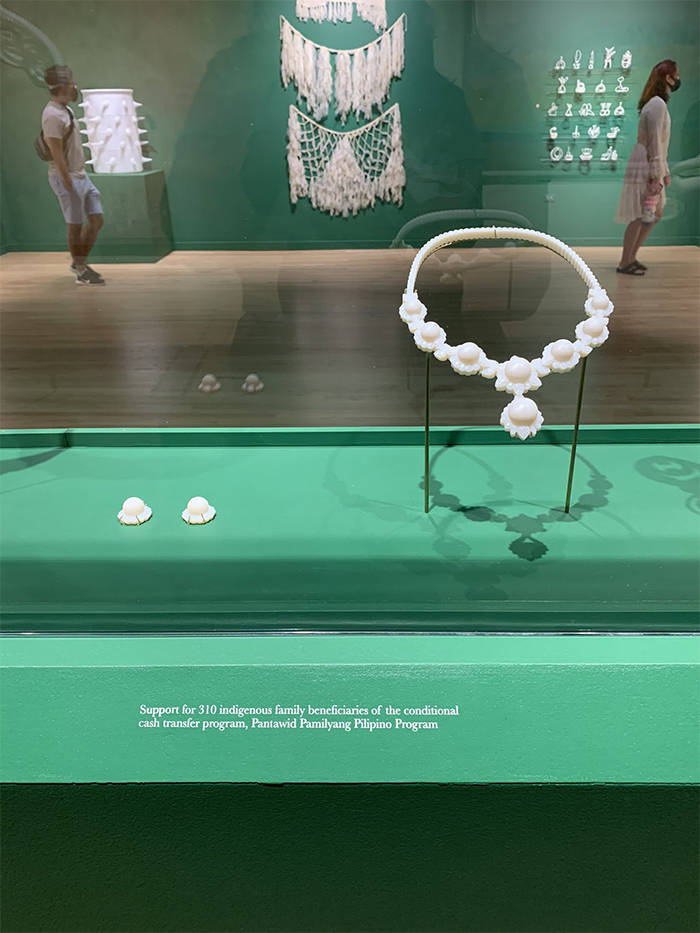 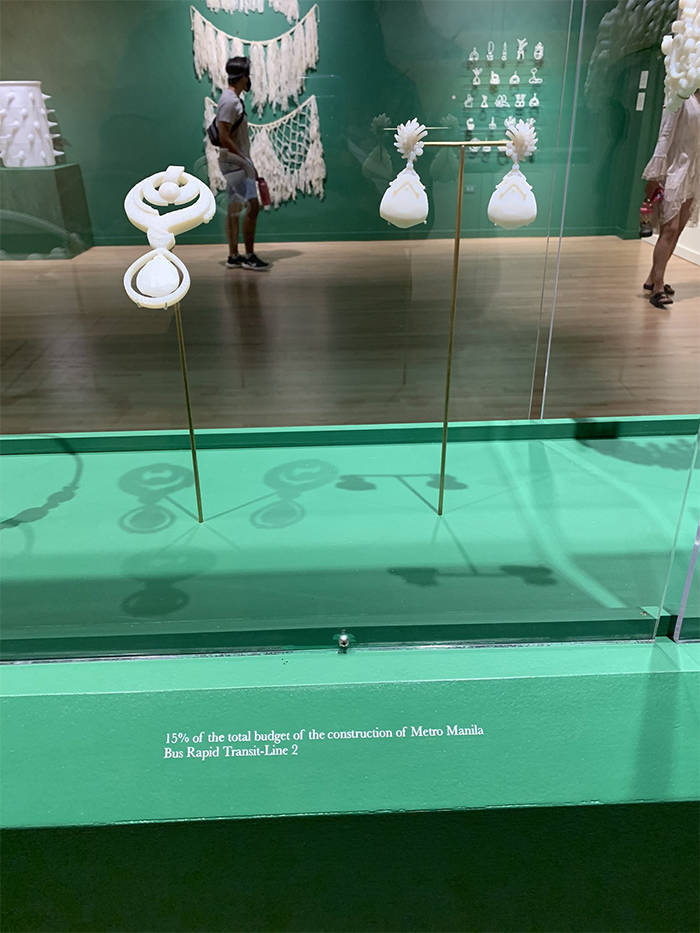 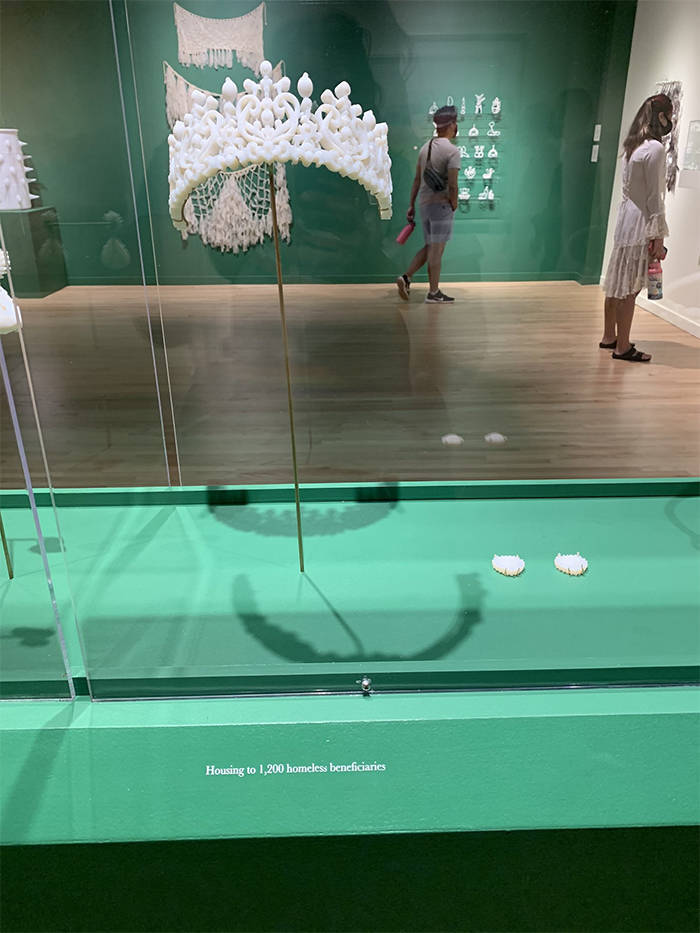 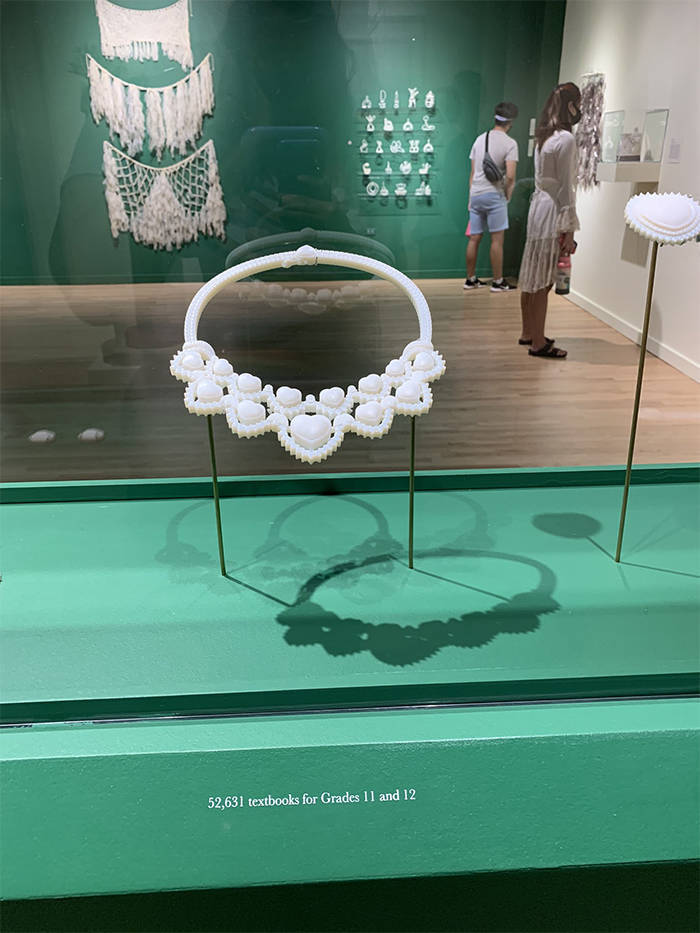 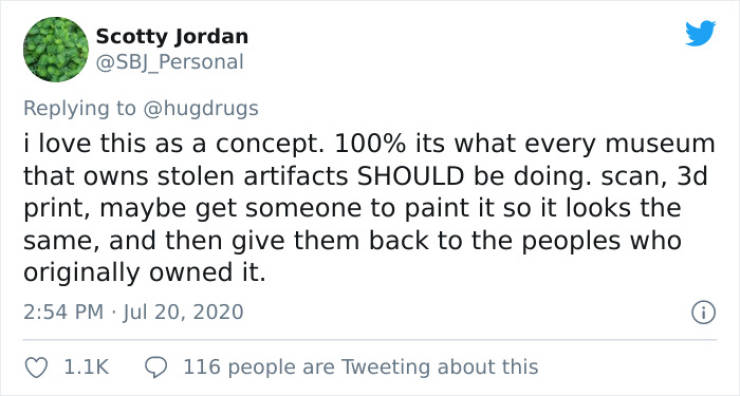 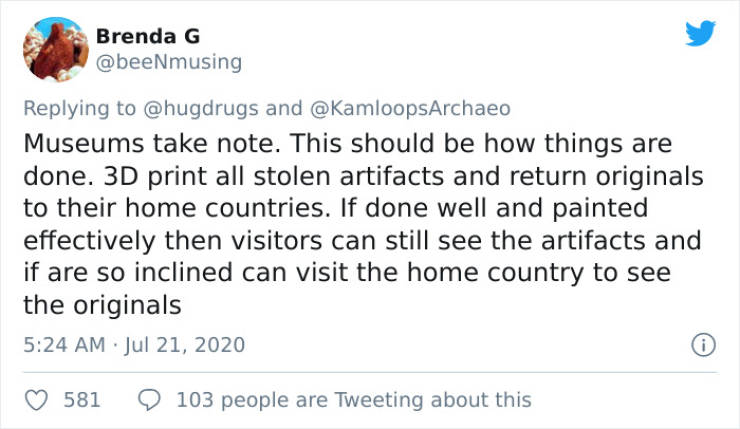