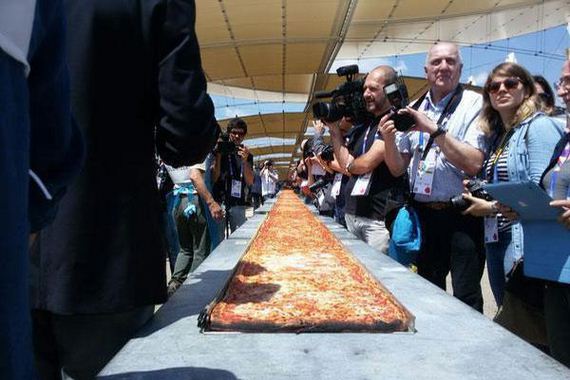 This past weekend on June 20th, pizza history was made. The world record for the longest pizza in the world was established. Just how long is the longest pizza? The answer is just under a mile. 0.991087 miles to be exact. Now, that’s a long ass pizza. 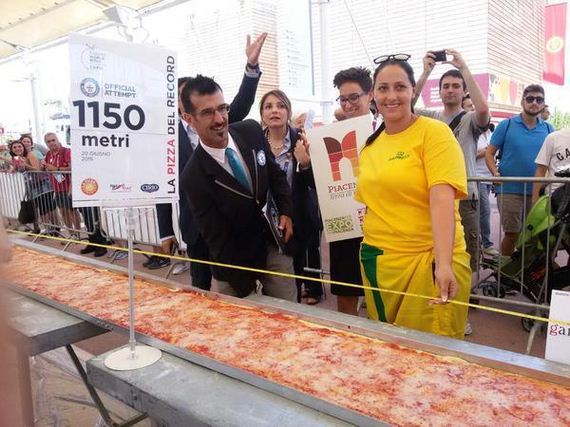 This monster of a pizza was made at Expo Milano 2015 in Milan, italy, to celebrate the 126th anniversary of the ‘Margherita Pizza.’ Weighing in at over 3000 pounds, 30,000 people were able to enjoy a slice. But, you’re probably wondering how the hell they cooked it. Well, they attached some wheels to a broiler oven and slowly pushed it along, above the pizza, giving each and every inch the love that it deserved. 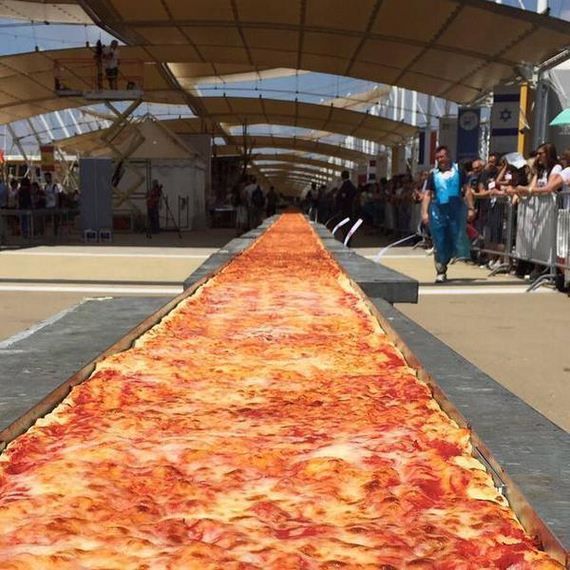 This defintely looks like a delicious pizza, but the fact that it’s now and official Guinness World Record holder makes it that much tastier.