The UnderwaterPhotography.com Photo Contest Winners Offer You To Take A Look Beneath The Waves

Photographer Greg Fleurentin won a gold medal for this image of sharks and a ray in French Polynesia’s Moorea Lagoon. 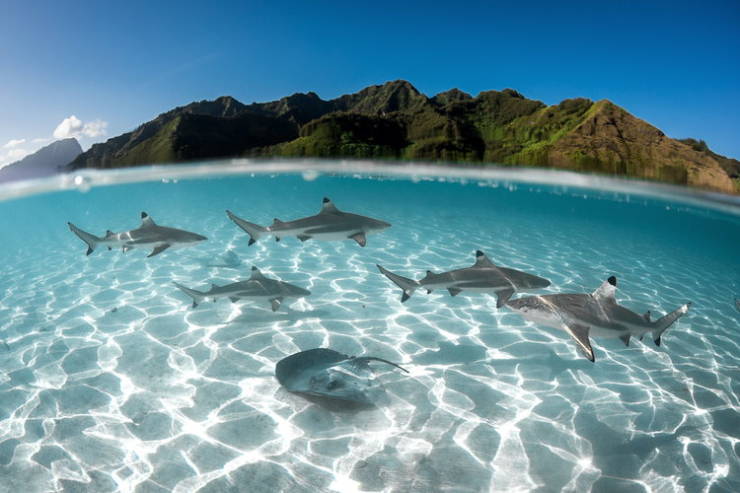 A turtle enjoys a nighttime swim in the Adriatic sea near Italy’s coast in this image by Marco Caraceni. 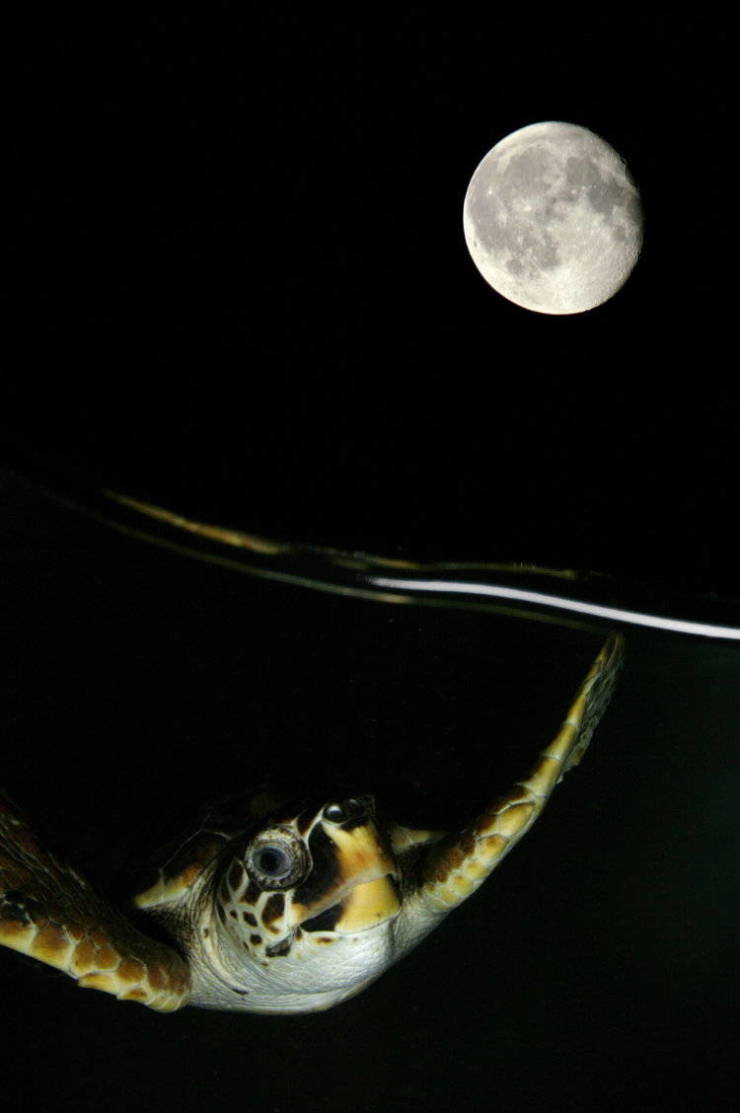 Suzan Meldonian got up close and personal with an American crocodile in Cuba. 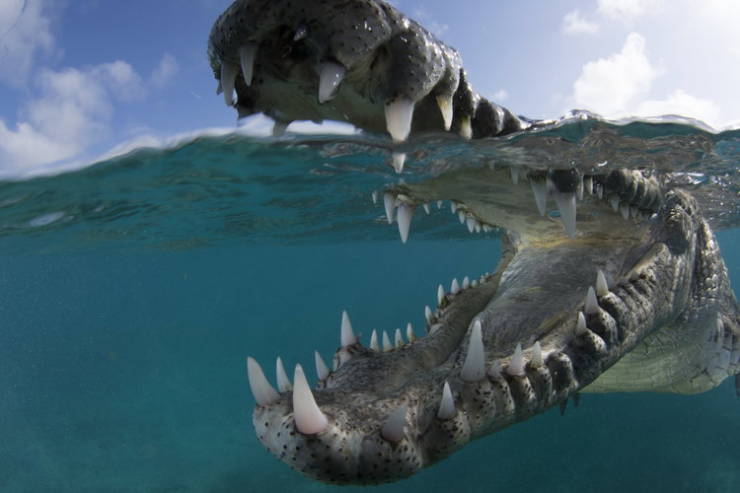 Photographer Henley Spiers took home the top two prizes in the the “Natural Light” category. This image of a southern stingray swimming in the Cayman Islands won gold. 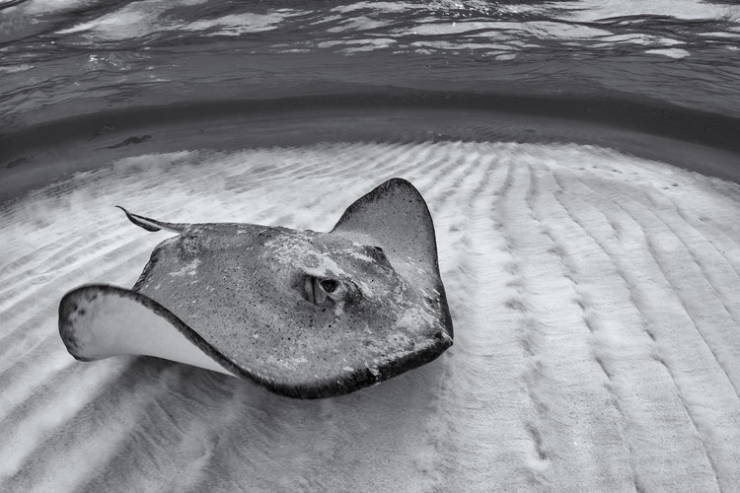 This shot of a Hawksbill turtle in a shallow lagoon off the Maldives earned Spiers the silver medal. 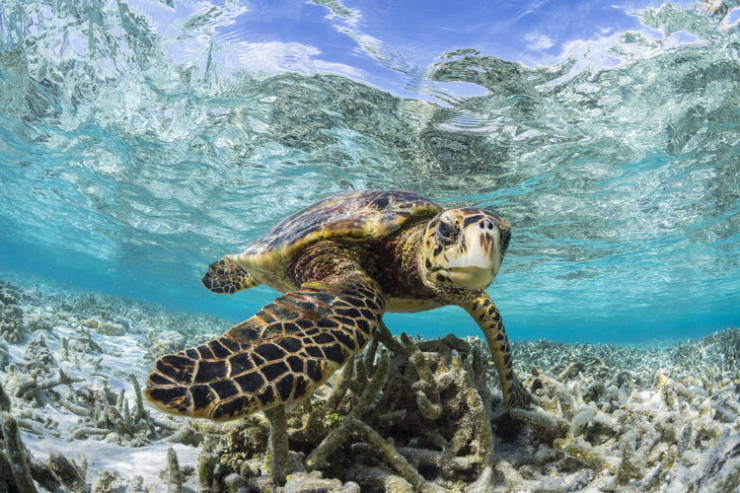 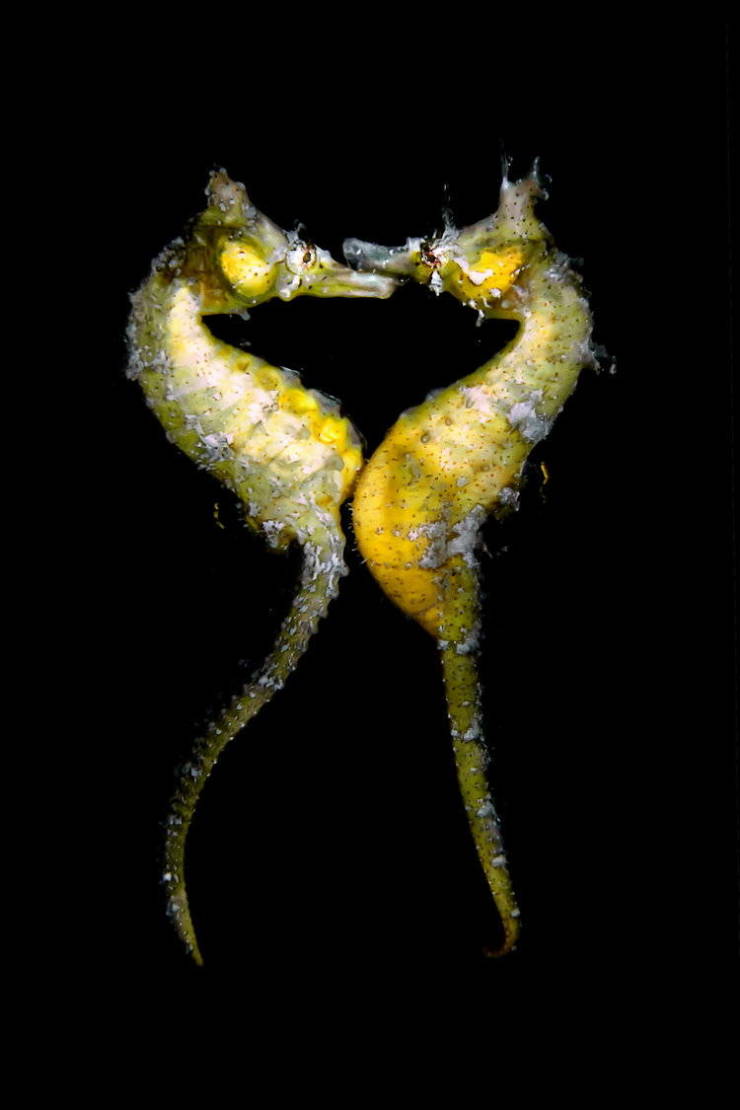 John Roach captured a close-up image of a Yellowhead Jawfish in the Caribbean waters of the Netherlands Antilles. 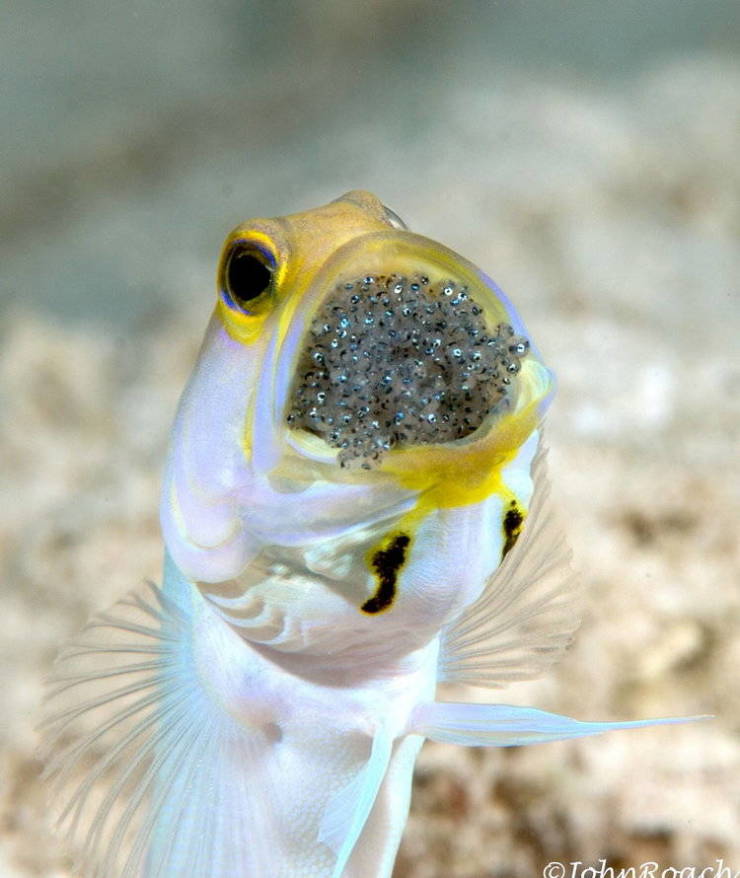 This intimate portrait of a Porcelain crab in the Banda sea off of Indonesia came from photographer Iyad Suleyman. 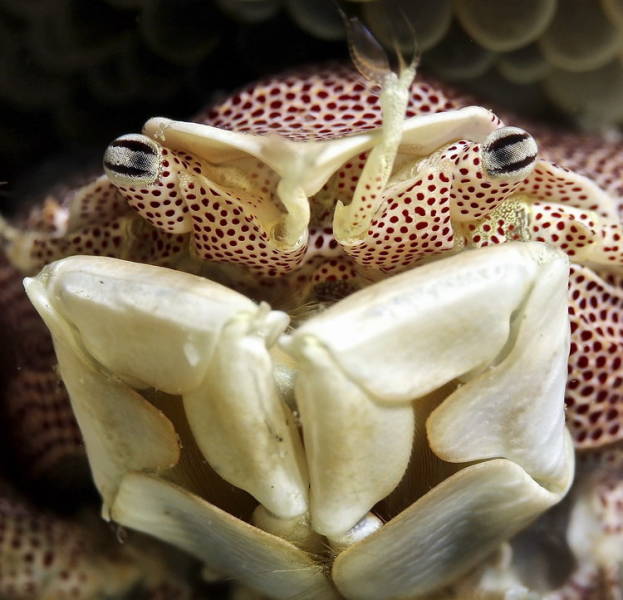 This image by Deniz Muzaffer Gökmen might look almost abstract at first, but it shows a silhouetted seahorse in the Andaman sea off Indonesia. 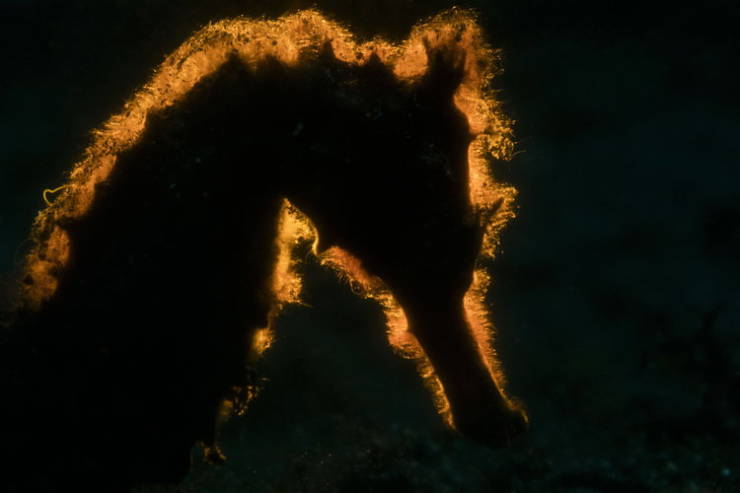 This image of a jellyfish undulating through the water in the Philippines, taken by Wayne Jones, earned a gold medal. 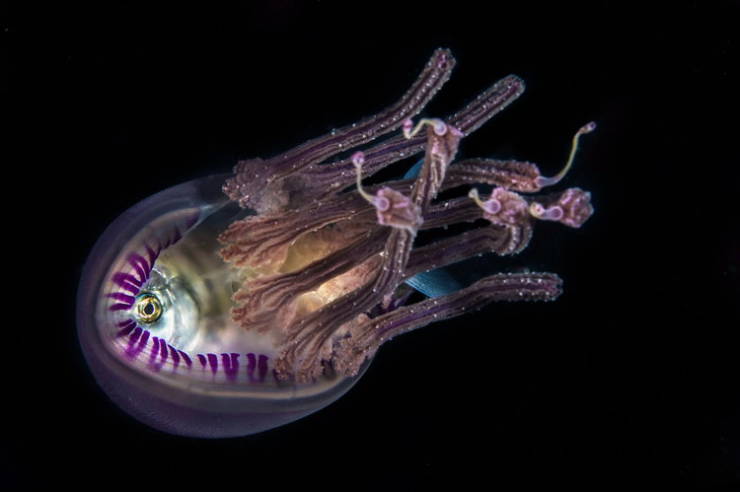 This Bigfin reef squid was also caught on camera in the Philippines, by photographer Lilian Koh. 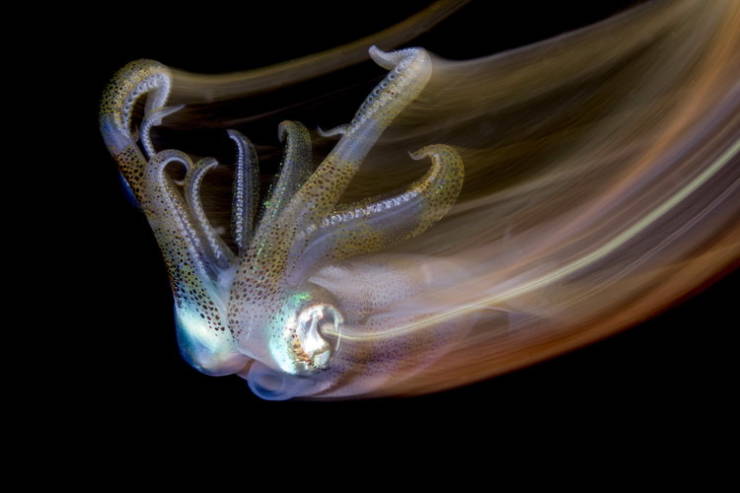 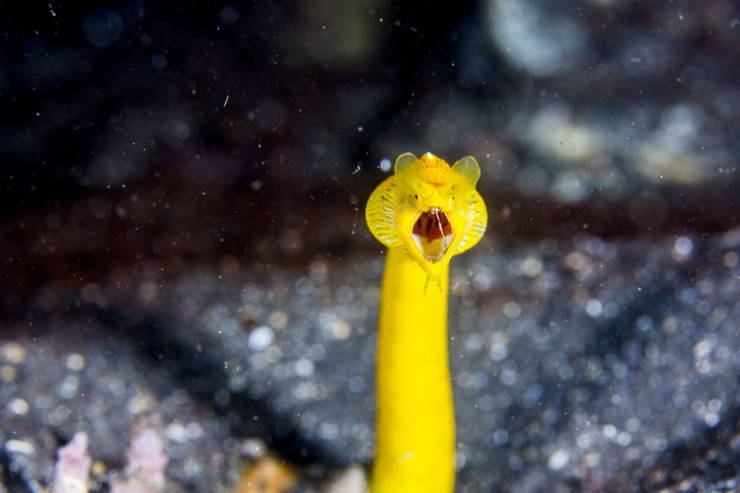 Photographer Daniel Flormann won the “Marine Life” category with this shot of a crocodile’s reflection in the Gulf of Mexico, near Cuba. 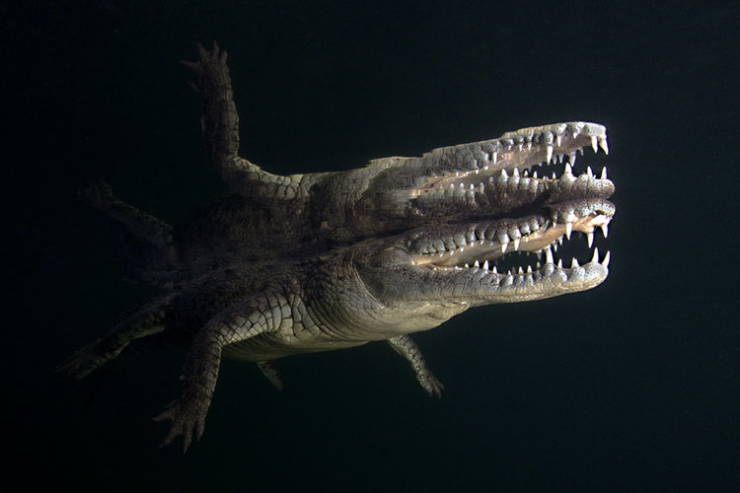 Australian photographer Nick Polanszky captured this manta ray as it swam through the Sea of Cortés near Mexico. 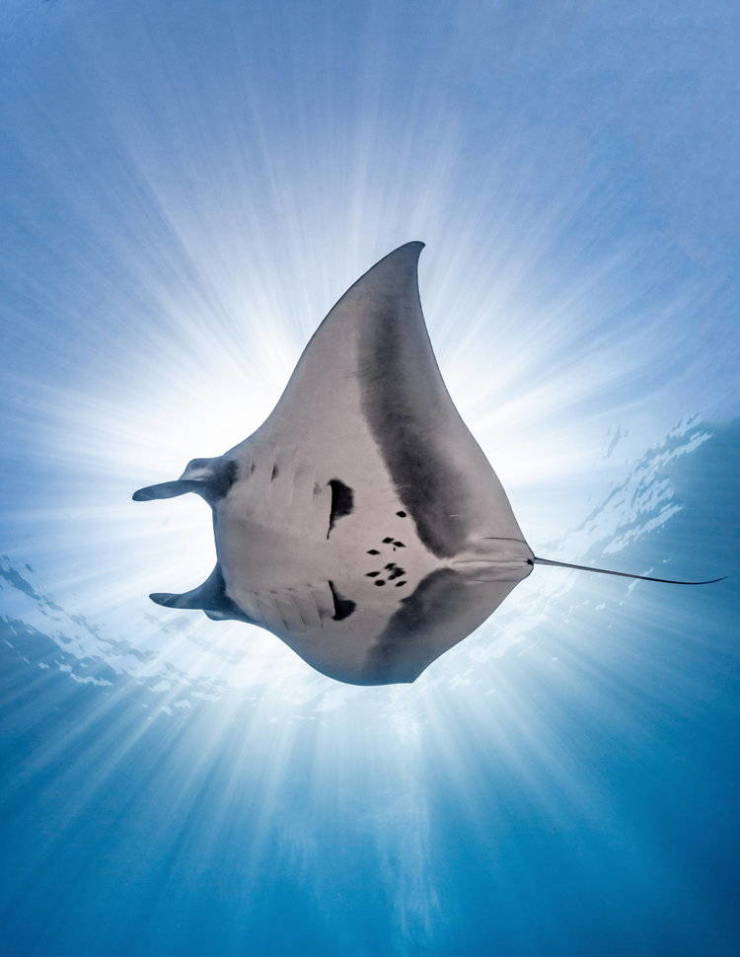 Polanszky also caught two sea lions wrestling beneath the waves in the Sea of Cortés. 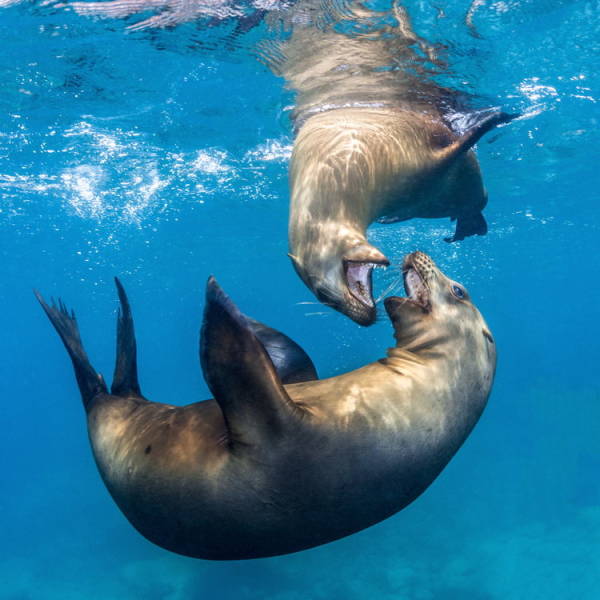 A Wakatobi cuttlefish stands out amid the other sea life in Indonesia’s Banda sea in this image by Steven Miller. 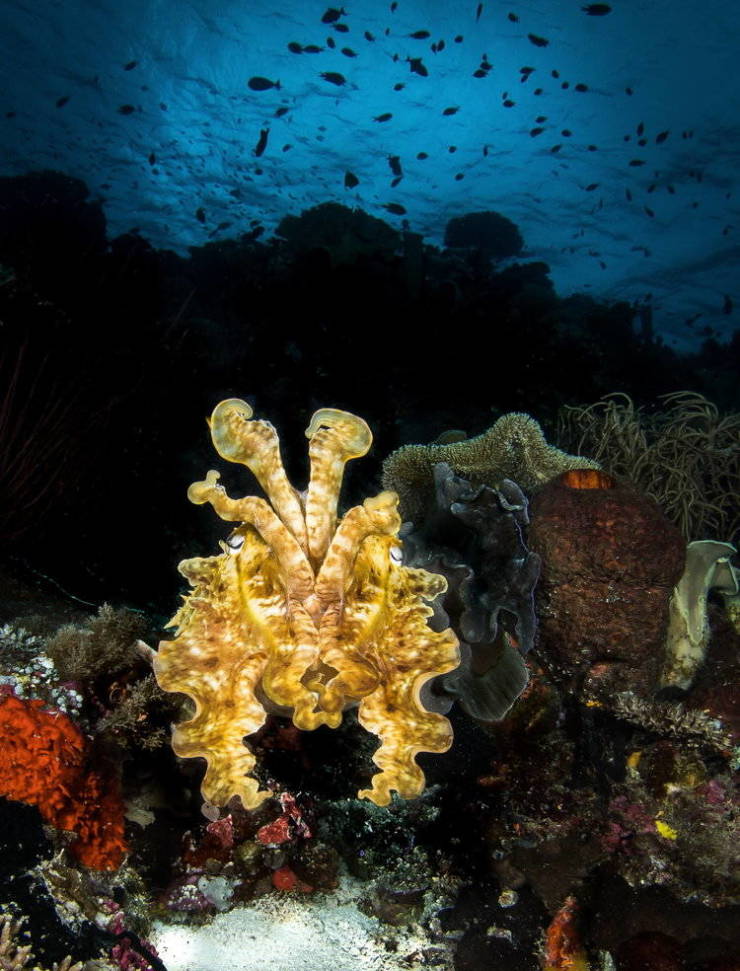 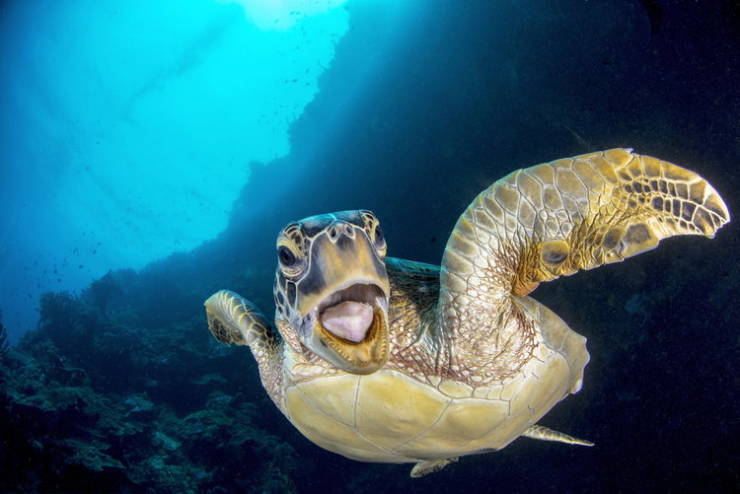 The “Shark” category is always a fan favorite. Photographer Steve Andersen took home gold with this shot of a great white swimming near Guadalupe, Mexico. 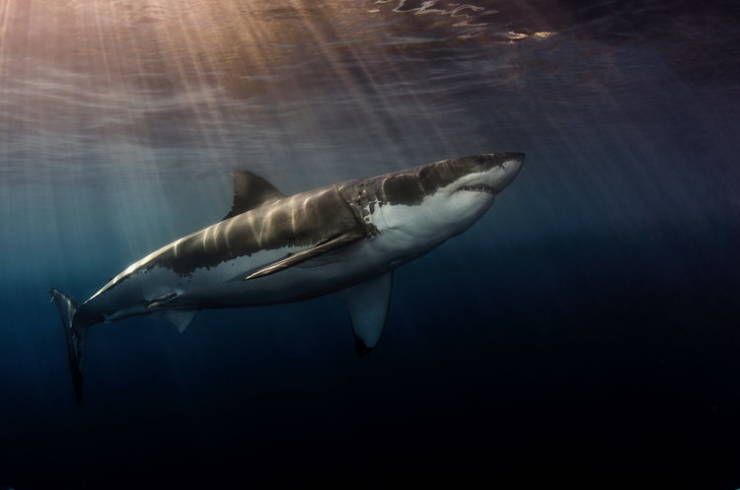 The silver medal for shark photography went to Debbie Wallace, who took this picture of a female great Atlantic hammerhead shark from below in the Bahamas. 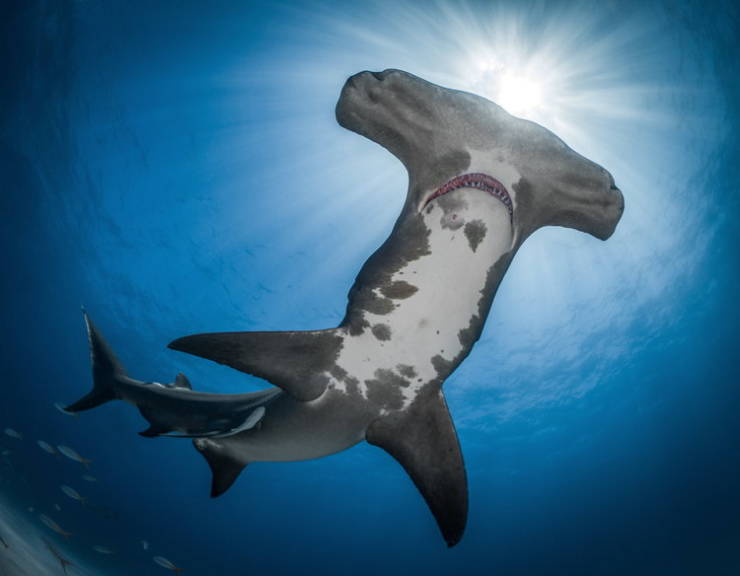 The contest isn’t just about animals. Mehmet Öztabak won the “Wrecks” category with this photo of a diver exploring the Pinar 1 shipwreck in Bodrum, Turkey. 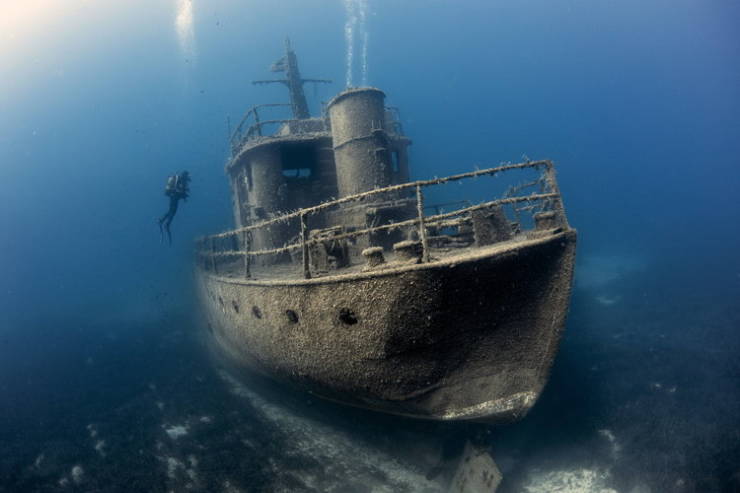 In this shot by Rene B. Andersen, you can see the steam boilers from the WWI ship HMS Viknor. The vessel is 282 feet deep in the Irish Sea. 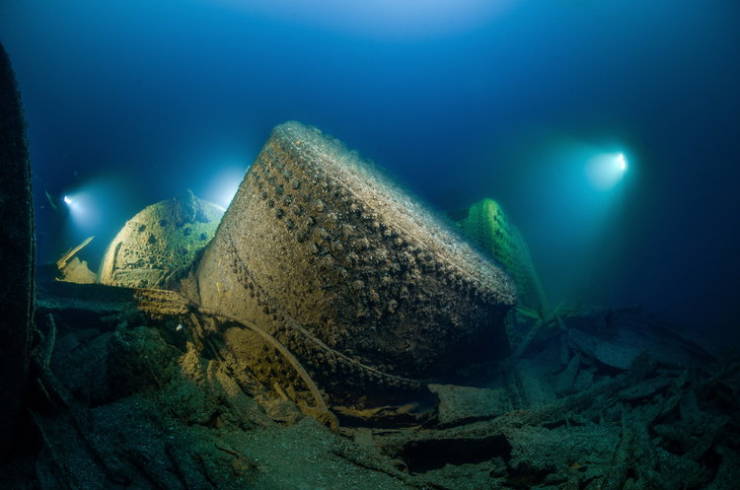 Andersen also took this ghostly image of an almost intact boat sitting tranquilly at the bottom of Lake Kreidesee in Germany. 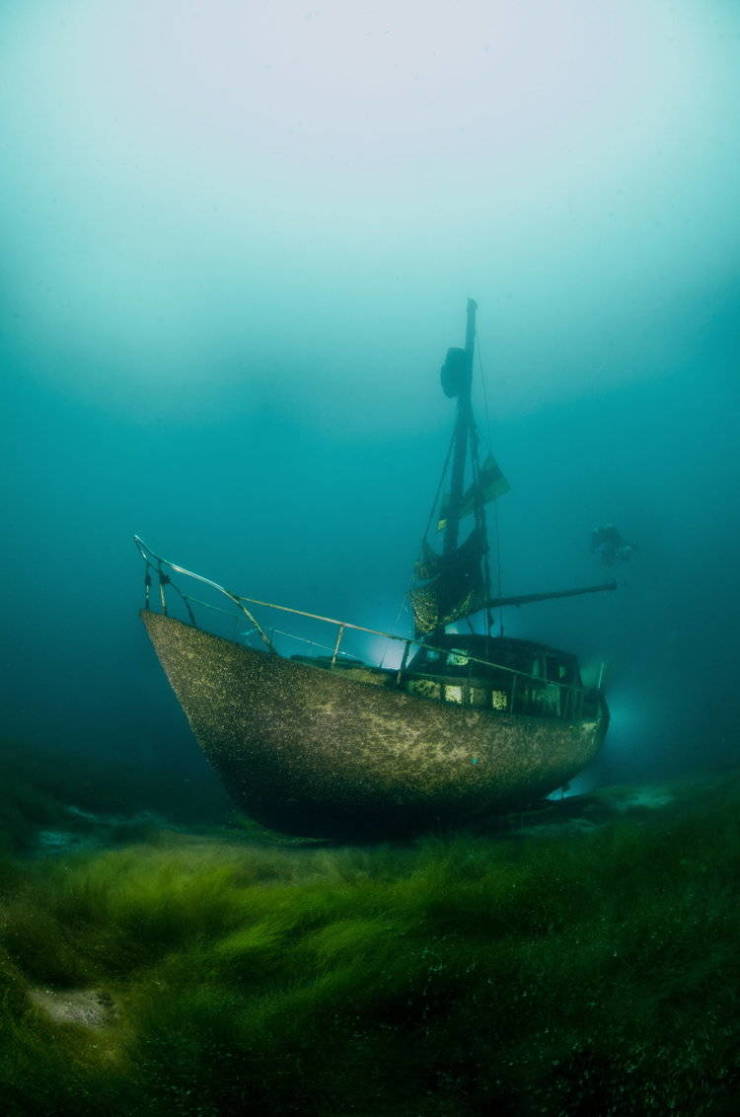 Divers get a separate category. Leena Roy won with this image of a diver swimming through a tunnel of silverside fish in the Cayman Islands. 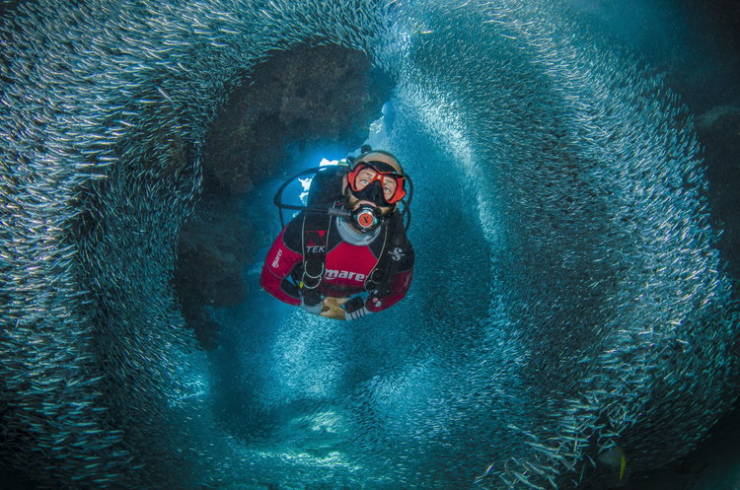 This image by photographer Wayne Jones is titled “Man from Mars.” It was taken in the Halmahera sea in Indonesia. 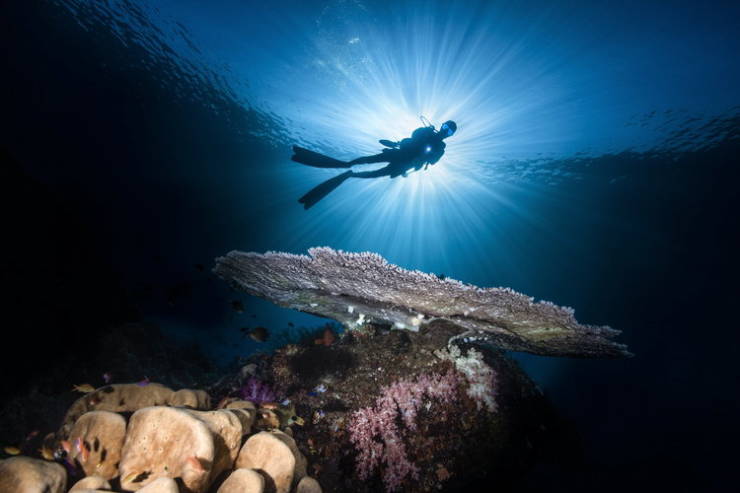 Other photographers captured shots of marine environments above the water, like this sunset photo taken by Susannah H. Snowden in the Cayman Islands. 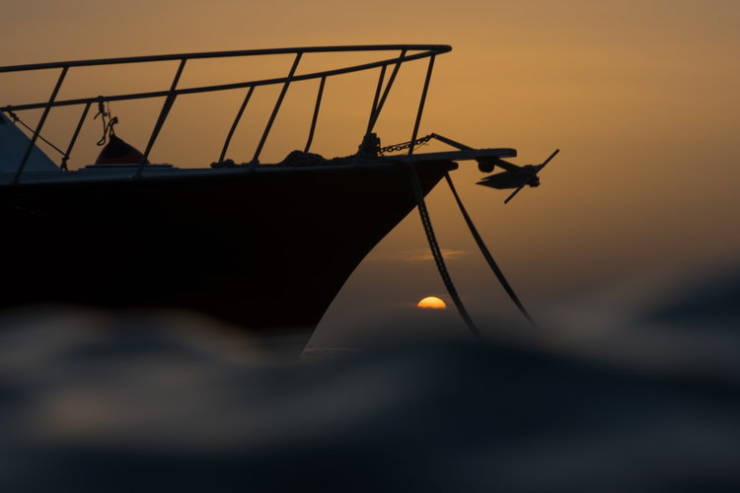 Lastly, Stefan Follows’ close encounter with a grey seal pup on a beach near Norfolk in the UK yielded this adorable portrait. 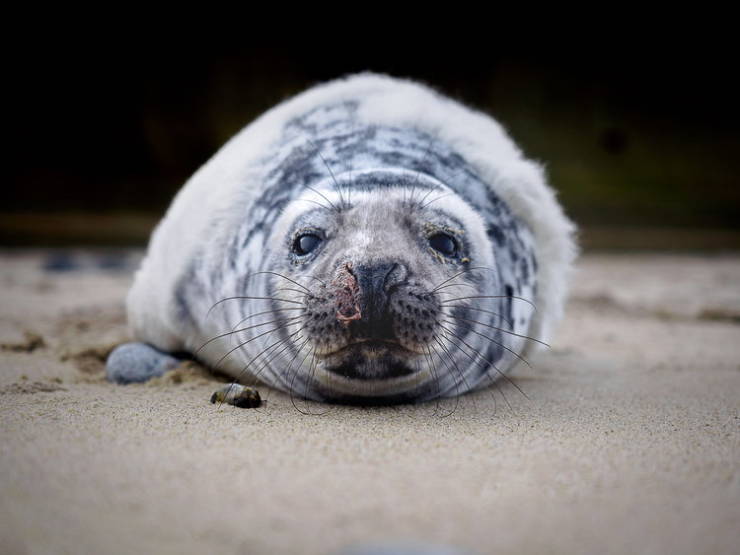 Loading...
Previous Daily Gifdump Vol.417
Next 25 People With Technologies In The 80s