Have you ever wondered what the strongest insect in the world is? And have you wondered if it’s a pest that you may someday have to deal with in your home?  The world’s strongest insects are ones that can be found worldwide, but that doesn’t mean that they are all common household pests. Let’s take a look at which insects in the world are strongest and which of these are household pests that you need to prepare for in your home pest control. 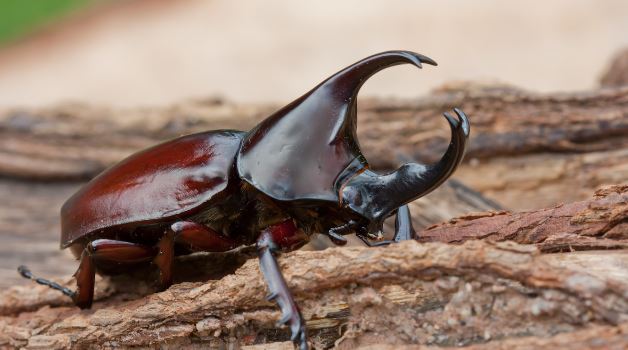 How Insect Strength is Determined

Depending on how you look at insect strength, there are certainly other insects that could be on this list. However, for the purposes of this list, the focus was physical strength compared to other insects.

As far as scientists have determined, the strongest insect in the world is the horned dung beetle. The horned dung beetle is particularly noted for its physical strength. It is capable of carrying 1,141 times its own body weight. That would be like a human lifting multiple 18 wheelers. Fortunately, even though horned dung beetles live all over the world, you don’t have to worry about these buff beetles being a serious pest in your home. They typically remain outside and are quite harmless to humans.

Horned dung beetles get their name from their large front horns and their role as nature’s little pooper-scoopers. It’s their job to gather up animal feces. Many dung beetles roll the feces into a ball and eat it. However, the horned dung beetle gathers the feces and then makes a tunnel inside it where it mates and lays its eggs.

Rhinoceros beetles also live all over the world and, like the horned dung beetle, they are not a common house pest. Which is a relief because it would not be fun to figure out home pest control for beetles with such big horns.

The ironclad beetle is an interesting insect on this list. Rather than being noted for its physical strength of lifting or fighting, the ironclad beetle is one of the world’s strongest insects because of its outer armor. This beetle has an extremely thick shell around its body that makes it almost impossible to kill. In fact, these beetles can withstand being run over by a car.

Ironclad beetles are rather flat and grey in shape and color. They mostly live in the Western United States and can occasionally be a bit of a pest problem. However, it is still rare to find many ironclad beetles in your home, so you don’t need to worry about planning for them in your home pest control. Most measures you take against other pests will likely be effective enough for Ironclad beetle prevention as well.

Unlike most insects on this list, leaf-cutter ants can actually be a significant pest problem. They make and build up their mounds near your house and from there can find their way into your home. Admittedly, leafcutter ants are less likely to come into your home than other ants because they’re looking for different food sources than the other ants.

Instead, leafcutter ants are more likely to be a problem for your garden or your trees. They can, of course, attack houseplants if they came inside your home, but mostly you’ll see them attacking your outside plants. This can be a serious detriment to the growth of your plants and garden, so make sure as you plan your home pest control that leafcutter ants are a pest you are prepared for.

Finally, we come to our last insect on the list – cockroaches. Cockroaches are another pest that is not considered strong for how much they can lift but are considered very resilient. Anyone who’s tried to kill a cockroach knows just how difficult it is. The bugs simply refuse to die. However, with a lot of effort, it is possible to kill a cockroach, so they are not quite as strong as ironclad beetles.

Cockroaches are a much more significant pest problem than any other insect on this list. Cockroaches are attracted to moisture and mold, so if there’s any standing water or soggy wood in your home, cockroaches will not be far behind. And, unfortunately, when cockroaches come into your home, they are more than just a nuisance. Cockroaches are known for spreading disease and they can also cause respiratory problems, especially in people with asthma.