There Is A Place In Greenland Known For Its Many Icebergs 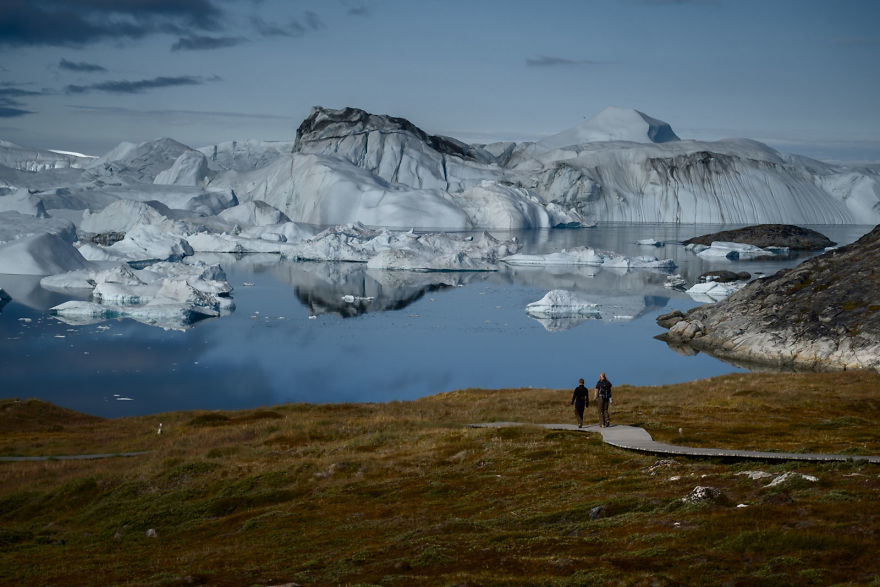 Located on the west coast of Greenland, 250 km north of the Arctic Circle, it is a tidal fjord covered with floating brash and massive ice 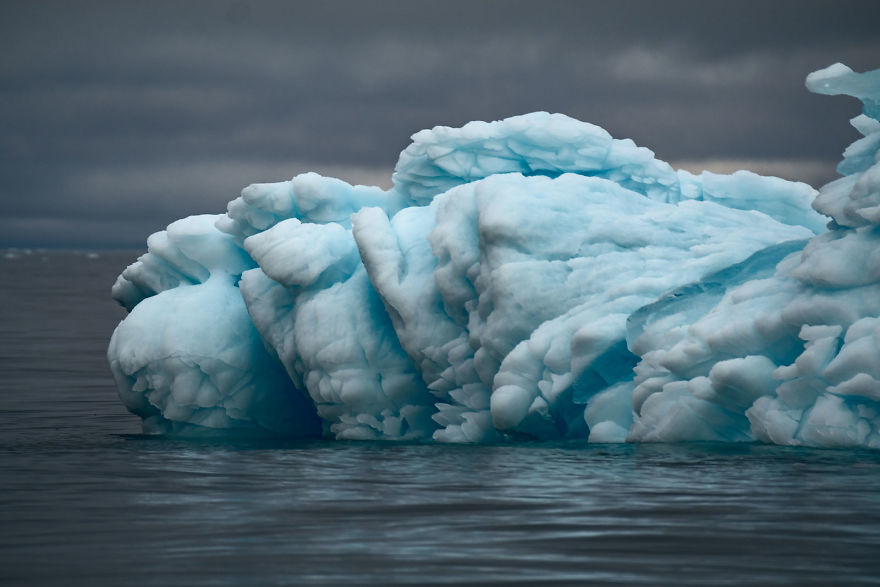 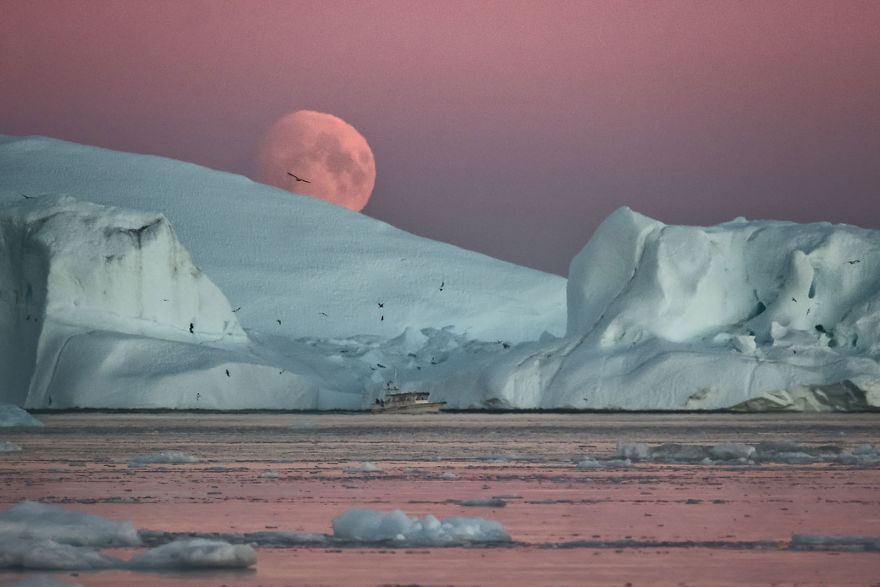 Icebergs breaking from the glacier are often so large – up to a kilometer (3,300 ft) in height – that they are too tall to float down the fjord and lie stuck on the bottom of its shallower areas 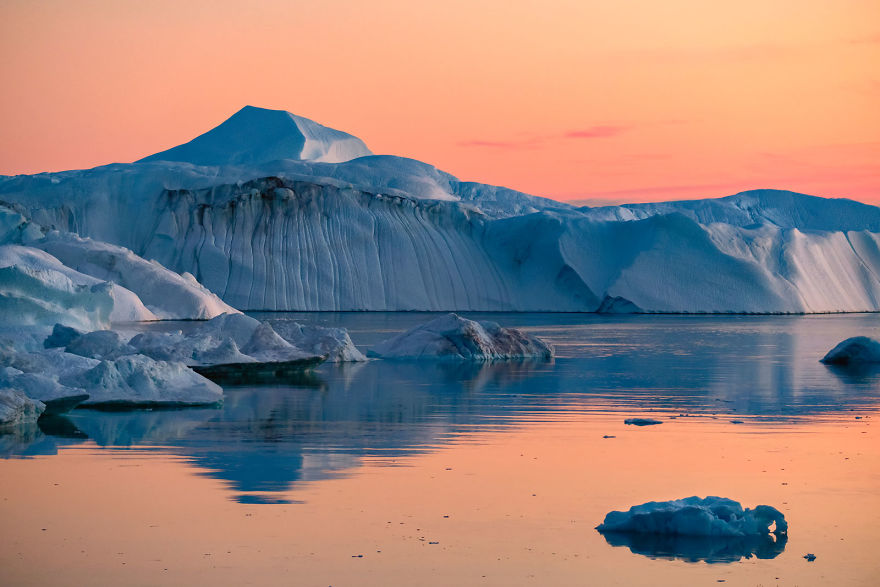 Sometimes they lie there for years, until they are broken up by the force of the glacier and icebergs further up the fjord. 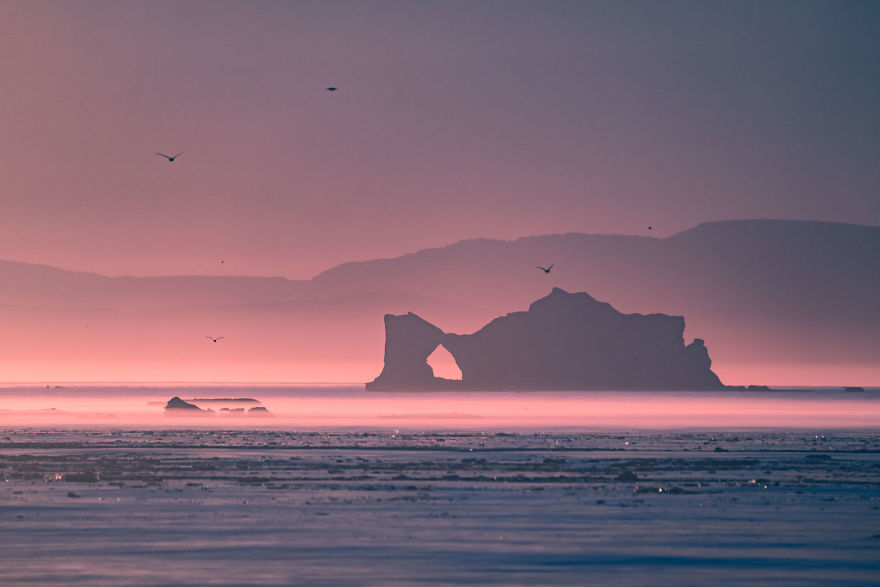 On breaking up the icebergs emerge into the open sea and initially travel north with ocean currents before turning south and running into the Atlantic Ocean. 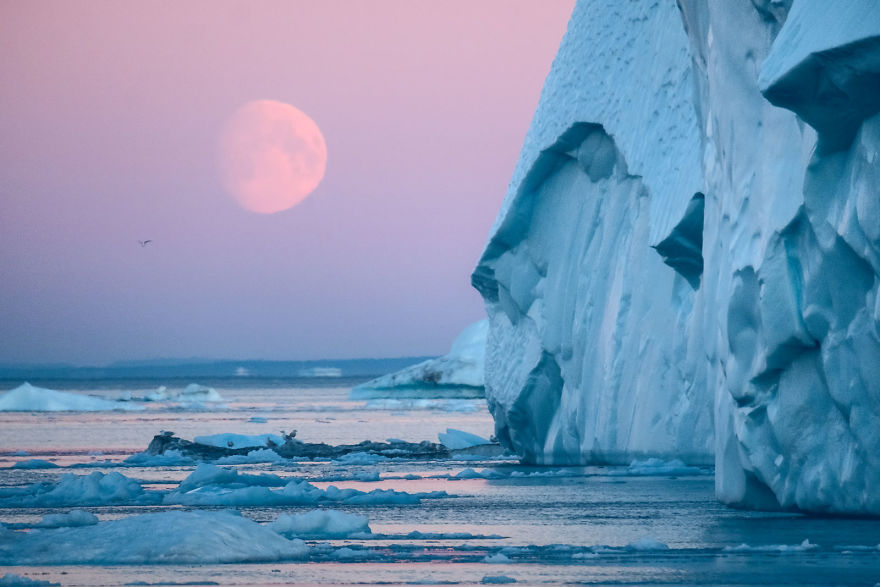 The Icefjord at around 1am in summertime 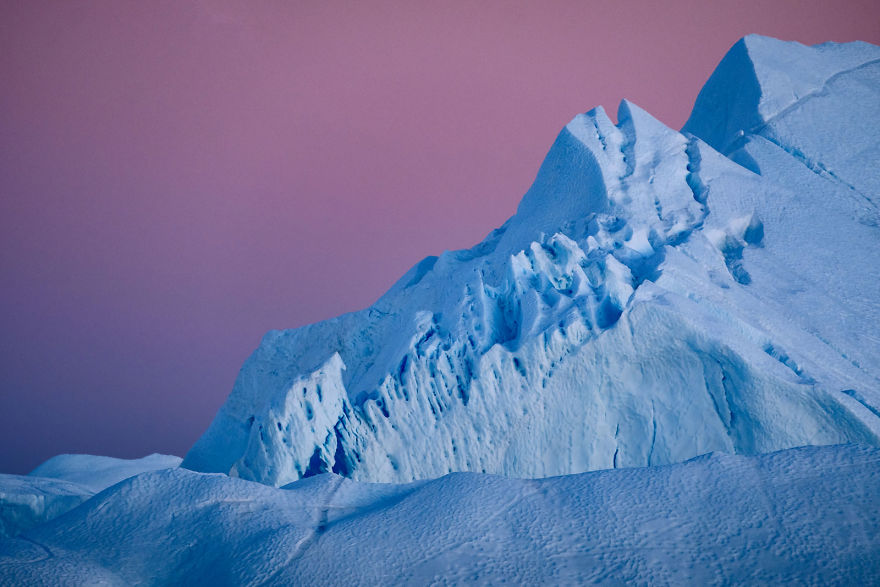 Whales are often seen feeding in the area 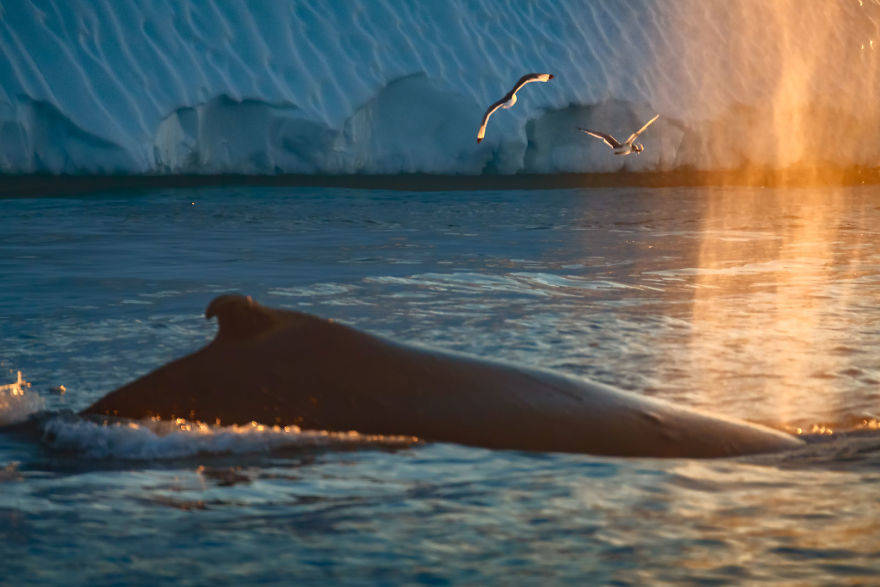 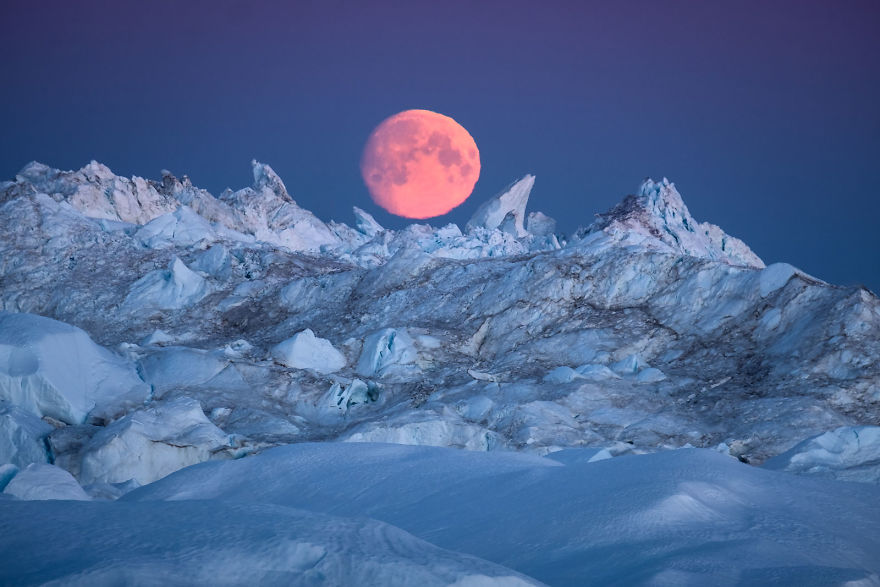 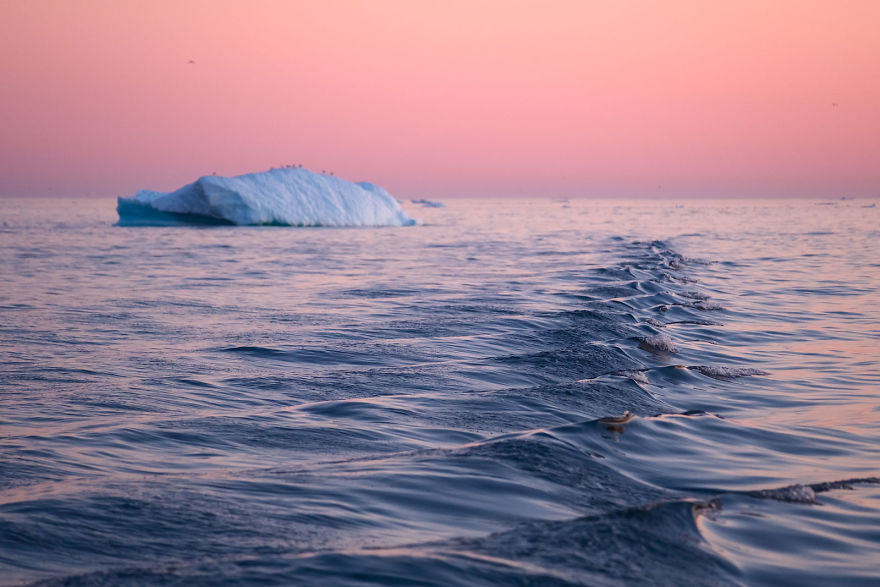 It annually calves over 35 km3 of ice, i.e. 10% of the production of all Greenland calf ice and more than any other glacier outside Antarctica. 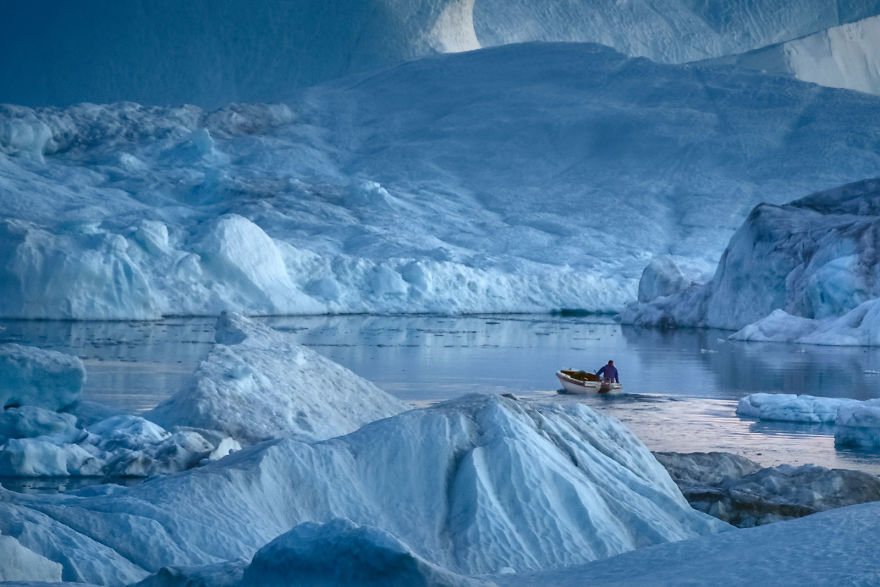 The combination of a huge ice-sheet and the dramatic sounds of a fast-moving glacial ice-stream calving into a fjord full of icebergs make for a dramatic and awe-inspiring natural phenomenon.