Things Only Taylor Swift Can Pull Off 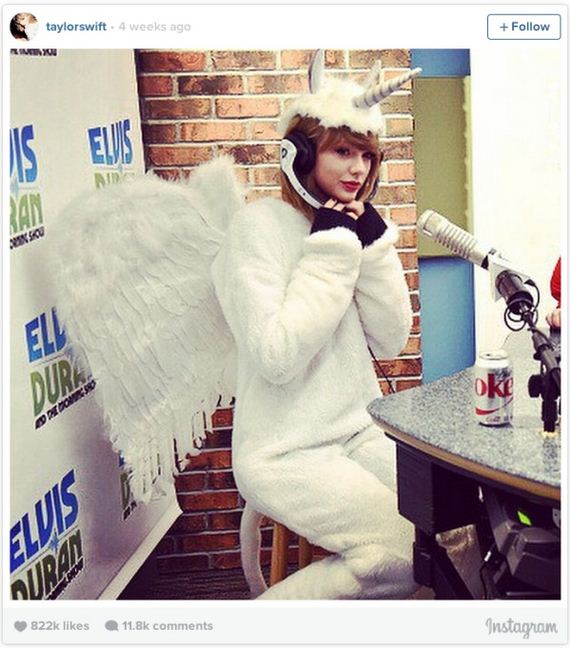 Being A Pegacorn
No biggie? Swift dresses as a pegacorn for a radio interview and we don’t even hear about it. . . Why?

Being Awkward At Awards Show
Swift dancing at awards shows, especially at the last AMAs is now infamously becoming a meme. Why? She’s the only one spirited enough to consistently do so.

Going On Cat Walks
Paris Hilton has her Chihuahua – Mr. Amazing, but ultimate cat queen Swift has her cat, Olivia. 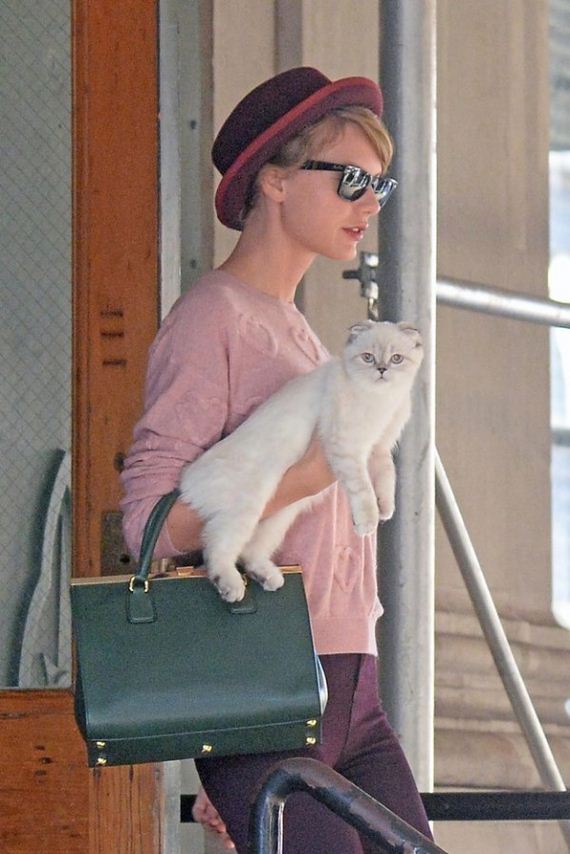 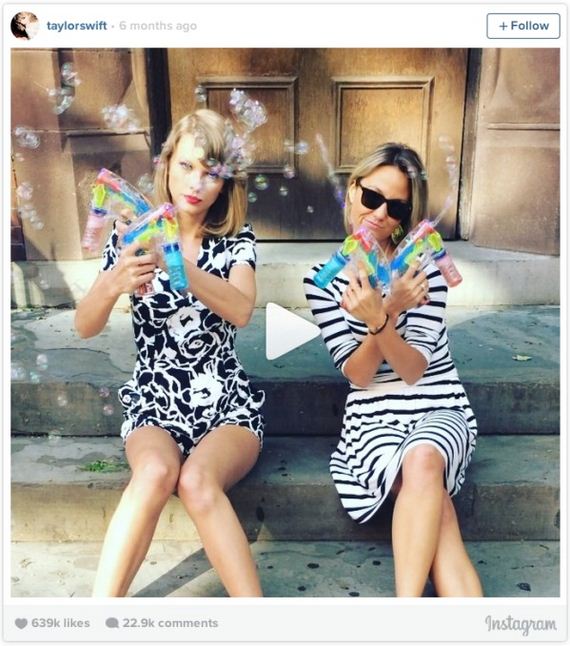 Dressing Like A 5 Year-Old
When you pull off such a hodgepodge outfit that most wouldn’t be caught in, you’ve gotta have something good going on? Must be those LEGS! 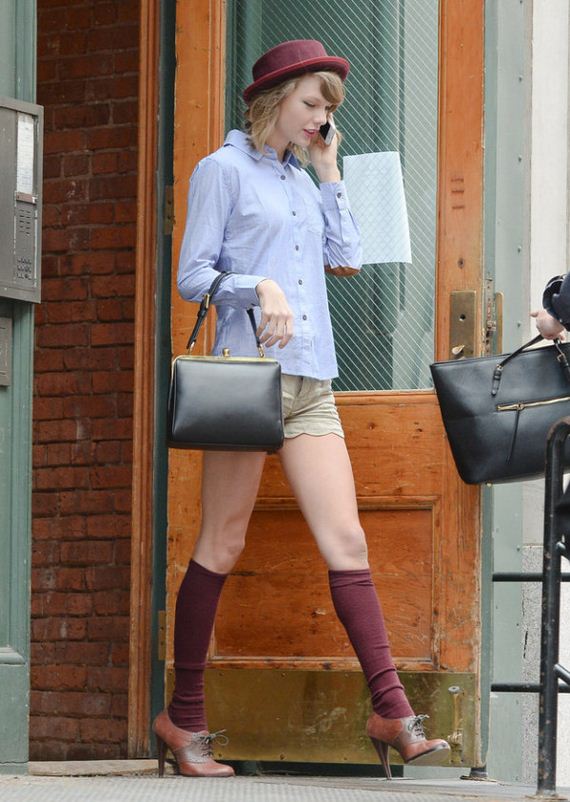 Failing at iTunes
Swift being a musician is not able to download her own songs from iTunes? That’s okay, she has a way of making those NOT technologically-inclined feel WAY better. 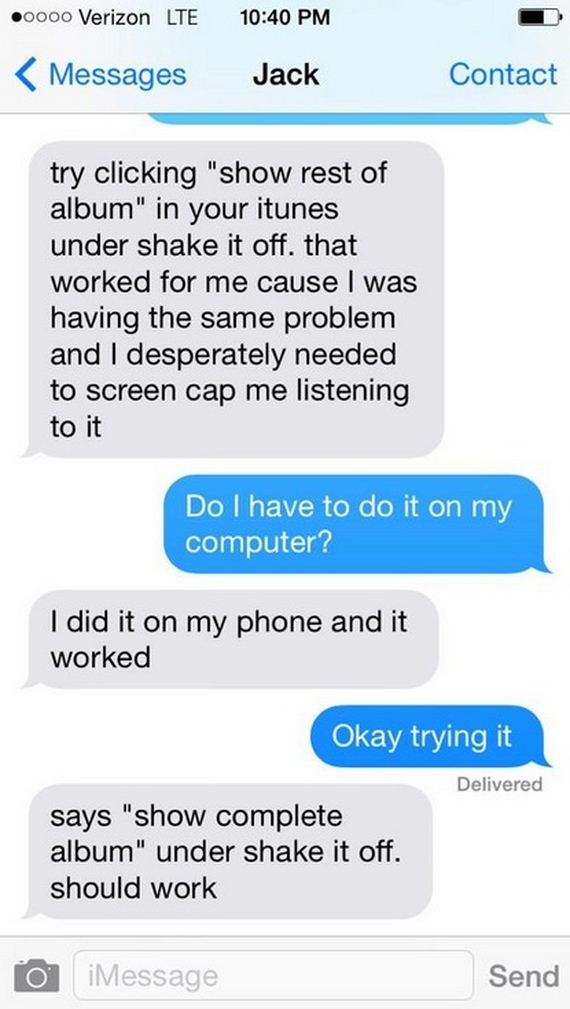 Not Getting Tumblr
She’s honest about not understanding Tumblr in the slightest either. Thanks Swift you totally represent many. 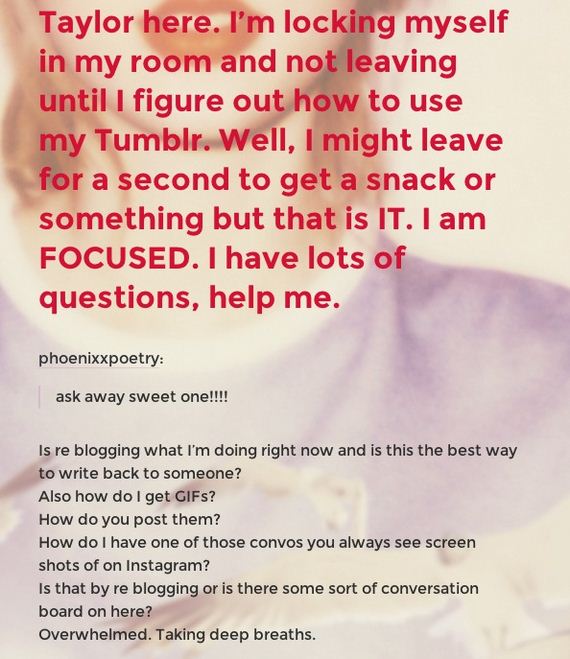 Fly Flying Fashion
Geez, we all want to board a plane wearing a snuggly bathrobe covered in cats too! Damn, too bad we can’t. Lucky gal. 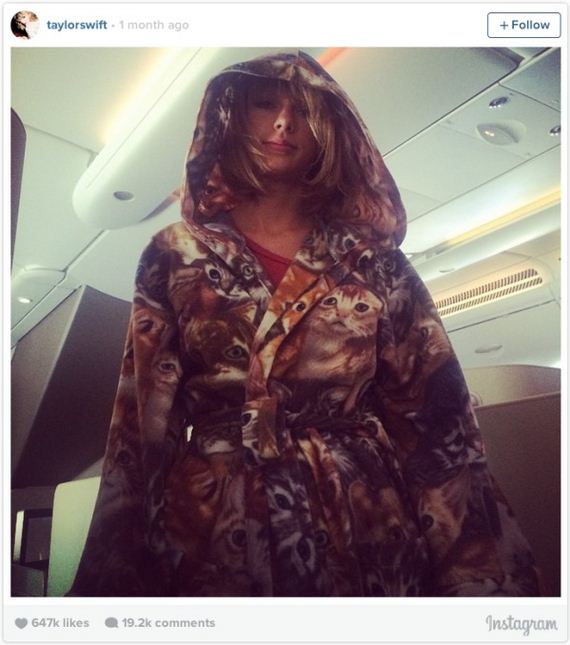 Feelin’ The Goove
She publicly doesn’t give a f*ck, when she vibes on music and dances on her own.