Flying into Minneapolis, you might be surprised to find yourself face-to-face with a Van Gogh painting — one that stretches out over more than a square acre of land. The unique thing about this version of the painting is that it is etched directly into the ground. 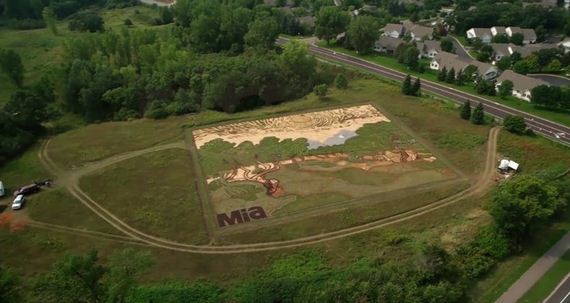 This is the latest project by landscape artist Stan Herd, who uses fields as canvases to create large-scale interpretations of art. He recreates famous pieces (like the Van Gogh painting seen here) and even works on some originals. They’re unique because they can only be seen in full from the air.

This piece is composed of different plants, tracks, and soil patterns. Herd used grass of different lengths to create various tones and values.

This is the painting that Herd recreated with living plants. 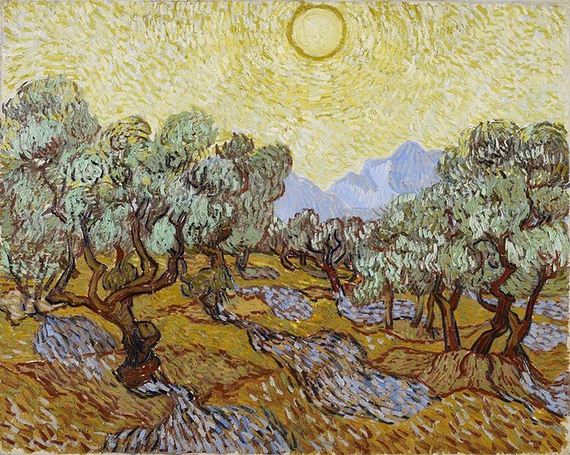 First, the painting was measured and the land was parceled out. 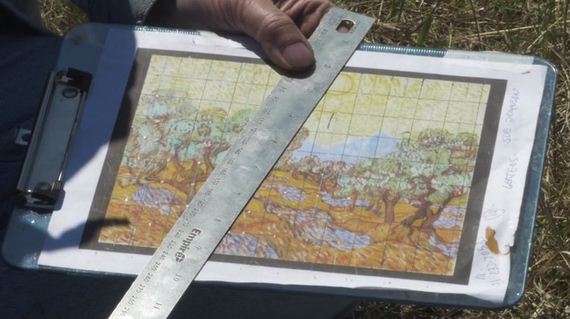 The grid you see on the print helped Herd and his team create a scale model.

After that, the real work began. 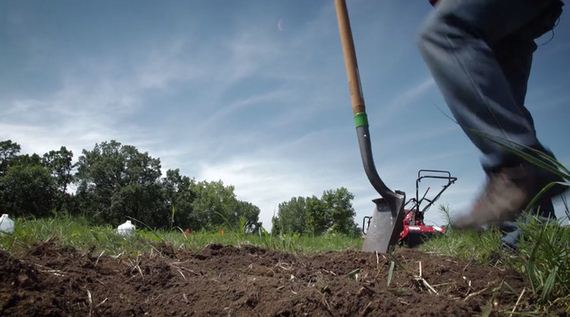 This piece of landscaping art is located near an airport in Minneapolis, and it’s visible to passengers as they enter the city. Herd has been working on these landscaping projects, which he calls “earthworks,” since 1981.

The project was commissioned by the Minneapolis Institute of Art (which is home to the original painting) in an effort to get people excited about visiting the city.

Each element of the painting had to be carefully planned out to ensure that the proportions were right. 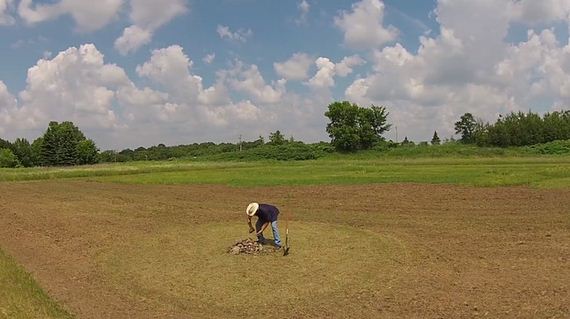 Creating an earthwork like this is no simple feat, and it requires a lot of physical labor. 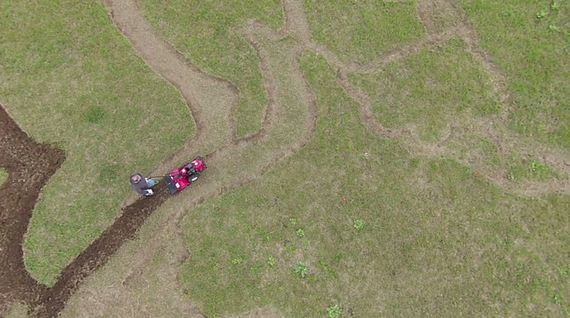 And this isn’t even the largest earthwork that Herd has created. 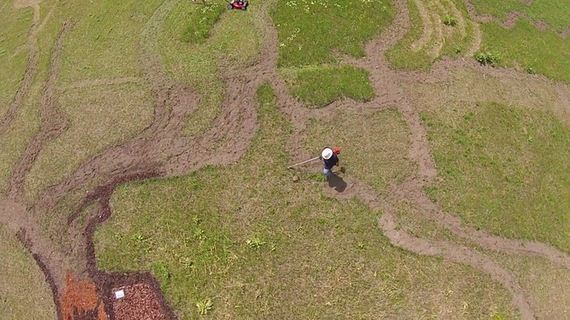 With patience and hard work, the image started coming together. 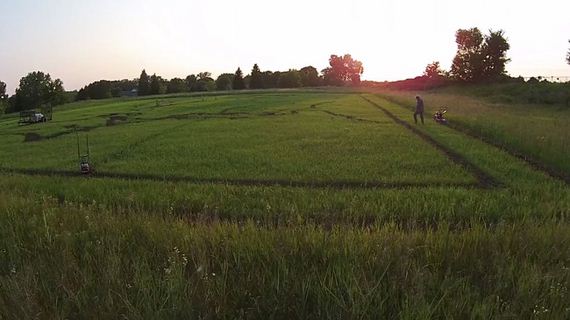 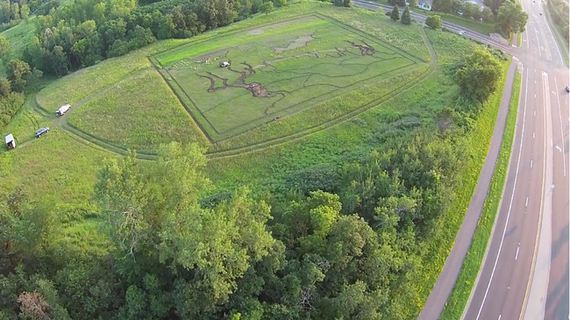 The fruit of Herd’s labor is absolutely stunning. 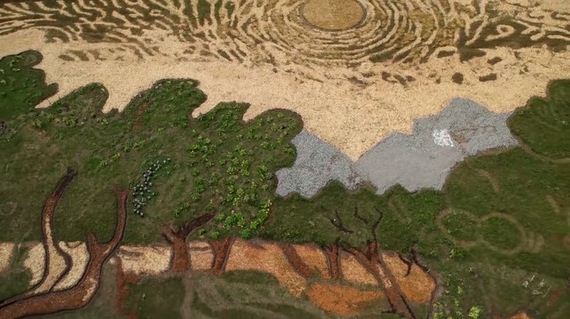 The Van Gogh earthwork will be on display near the airport throughout the autumn season. Herd plans to mow down the creation when winter arrives, but even his method of destruction is symbolic. He will remove the earthwork in a concentric circle pattern that mimics Van Gogh’s painting method.

You can see more of Herd’s earthworks on his website, and learn more about the original Van Gogh painting from the Minneapolis Institute of Art. If you happen to fly into Minneapolis this fall, snap a picture of the field and share it with the tags #BDayMia and #vangrow.