This Banged-Up Coffee Table Wasn’t In Great Shape, But It Got A Fantastic Makeover

Hand-me-down furniture is great, especially when you’re young and moving into your first apartment. While secondhand furniture comes with a certain charm, it can also carry a nice series of scratches and dents. But with a little elbow grease, you can turn old furniture into something new, and totally customized!

One couple inherited this coffee table from a relative, and they decided to put their own personal spin on it. They turned the worn-out piece into an awesome ottoman.

This was the coffee table. 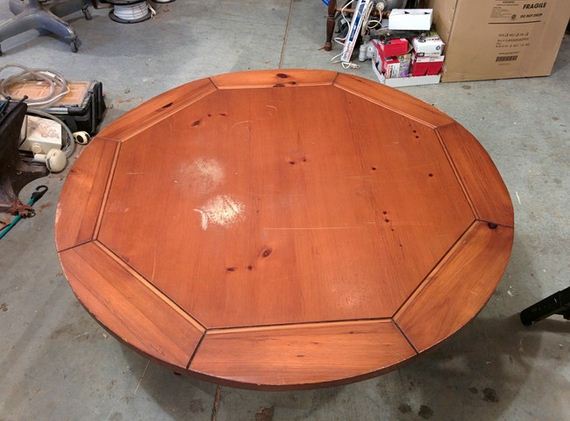 The sentimental value was there, but it had definitely seen better days.

The finish was pretty scratched up. 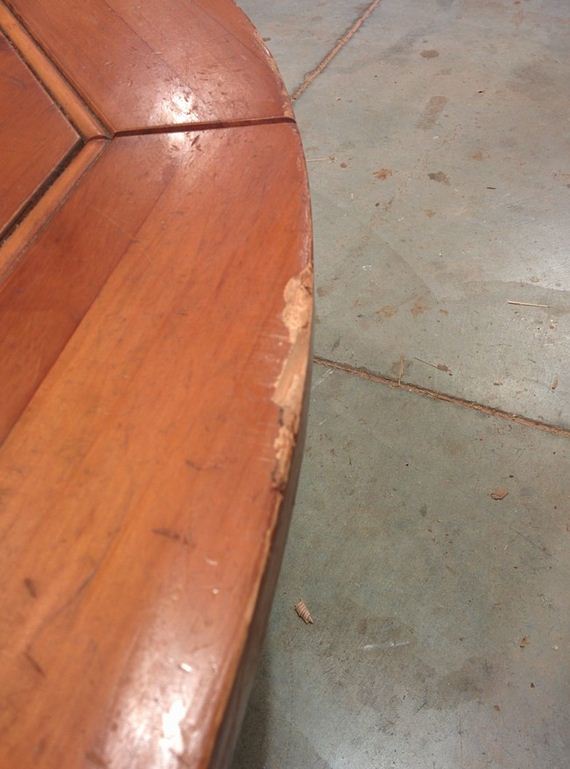 It was too big for their place, and they didn’t like the overall look of it, but they still saw potential.

To begin the transformation, they first marked the center of the table as a reference point. 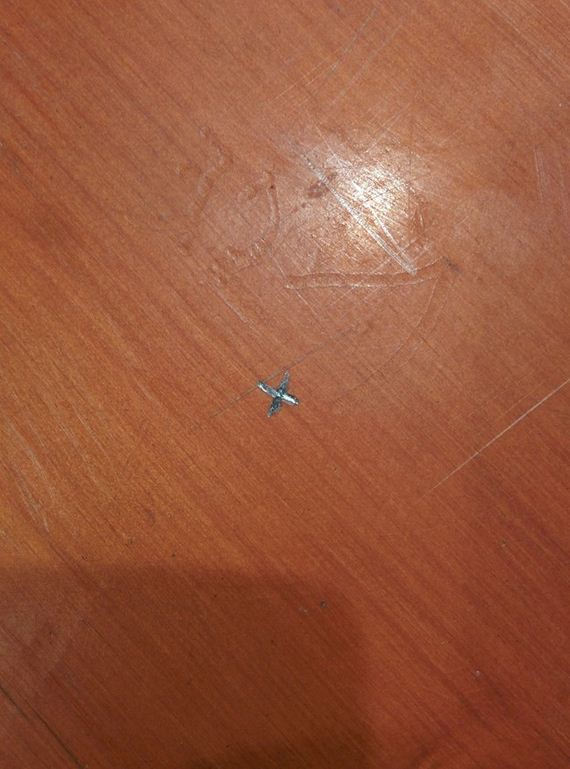 The table was slightly large, so they trimmed the edges down with a router. 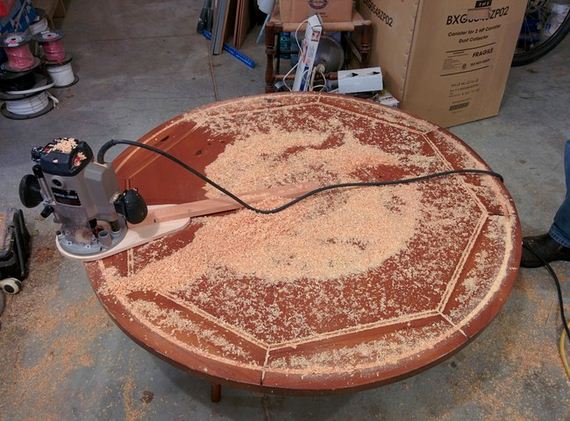 In all, they made the diameter smaller by about four inches. 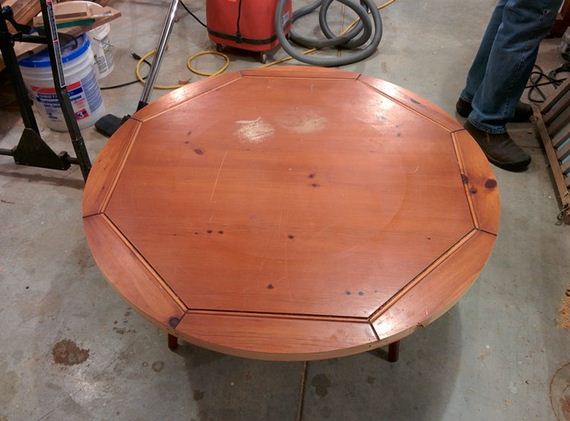 The edges were rounded out for a more polished look, too. 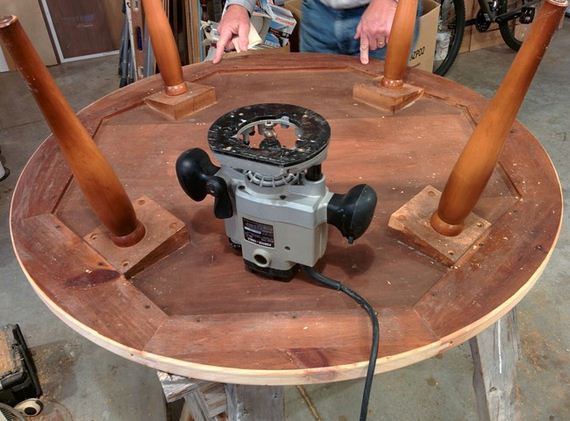 The couple wanted to add some buttons to the finished product, so they drilled a few holes in preparation. 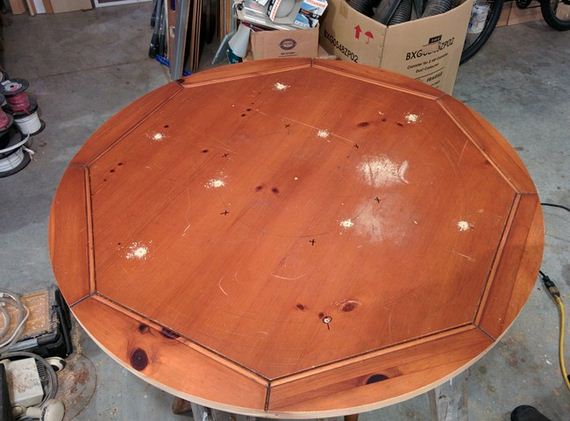 Next, the pair used a little teamwork to measure the fabric and foam that would cover the top of the table. 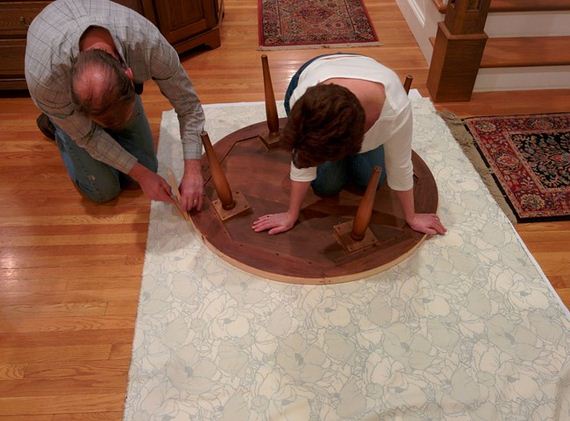 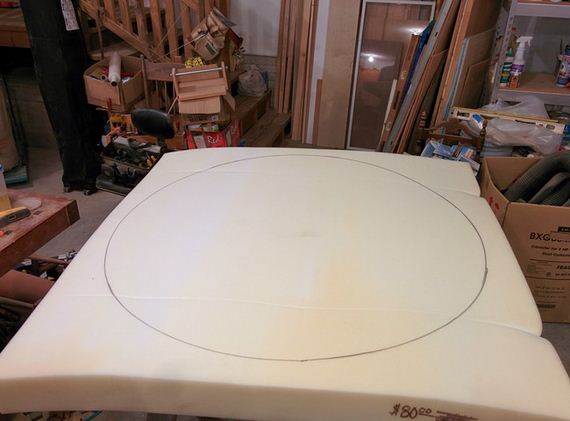 The foam was then attached using a strong adhesive spray. 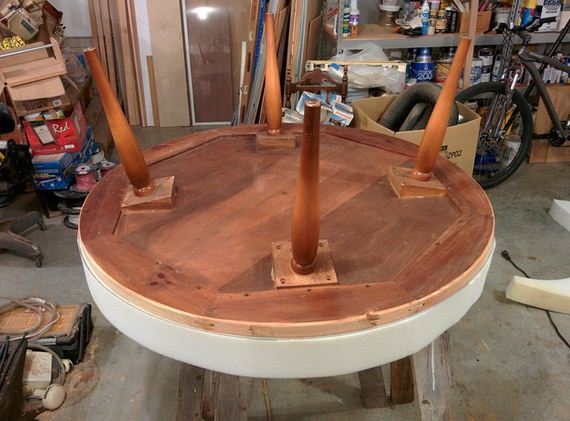 An electric knife sliced right through it. That was probably a totally satisfying experience.

Batting was added on top of the foam to make it even softer. 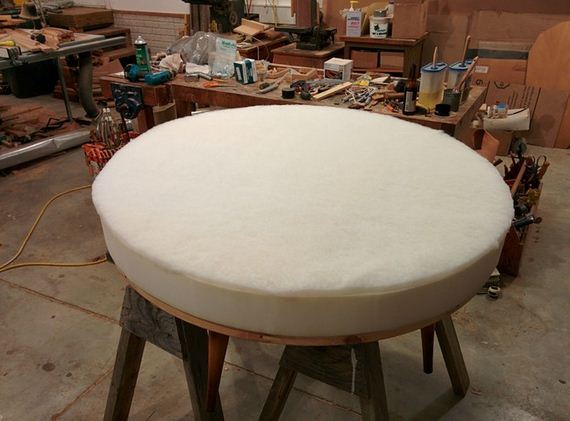 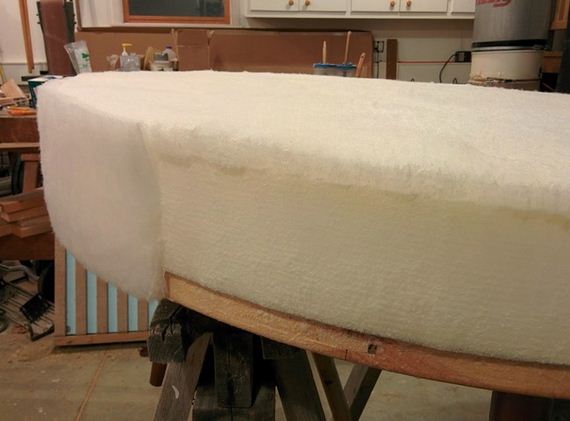 Leftover fabric was used to cover the buttons. 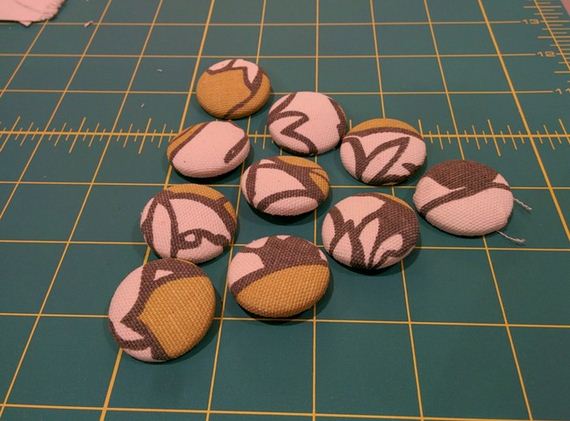 You’ll need a little sewing know-how to recreate this project. 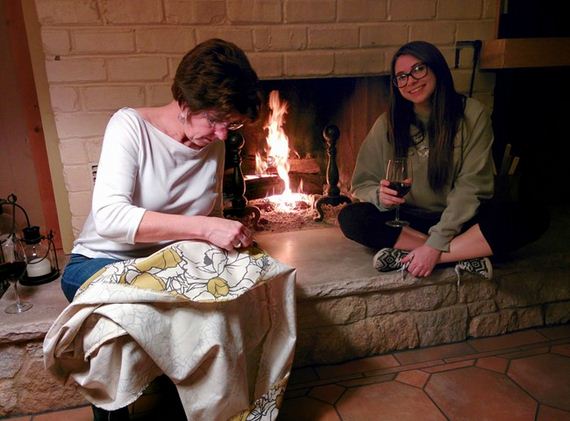 Once the cover was complete, it was stapled along the bottom of the table. 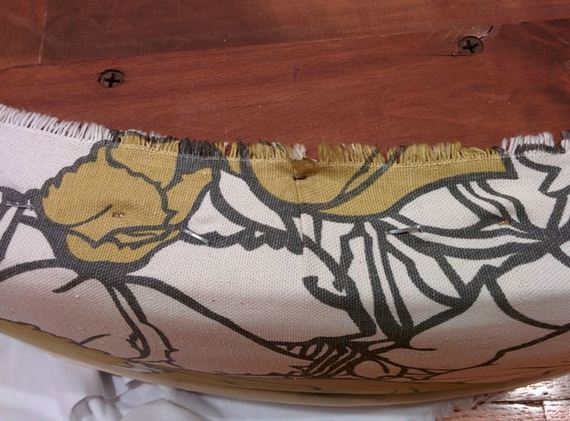 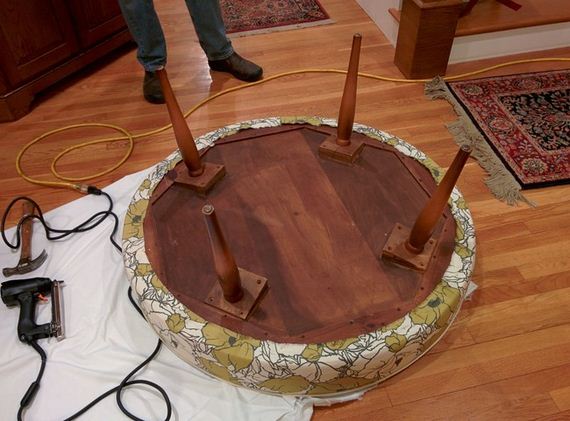 Here it is in their living room! 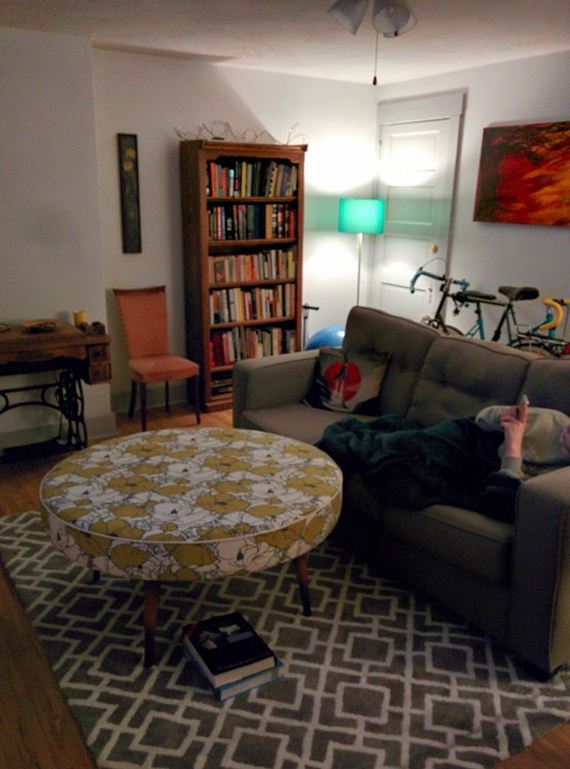 The buttons have yet to be added, and they’d like to shorten the legs a bit so it lines up with the couch, but it’s still pretty fabulous!

If you have a few old pieces knocking around, look a little more closely to see if they have potential. You might be pleasantly surprised!

Previous A Man Was Running In The Middle Of A Hailstorm, And The Reason Why Is Awesome
Next Impress Your Friends With Some Fun Facts