This guy could give the Mountain a run for his money

This is Reverend Kevin Fast from Coburg, Ontario, also known as “The Worlds Strongest Priest” according to Guinness World Records. Why do they call him that, you ask? Rev. Kevin’s a bit of a powerhouse, holding 24 records that involve feats of strength. 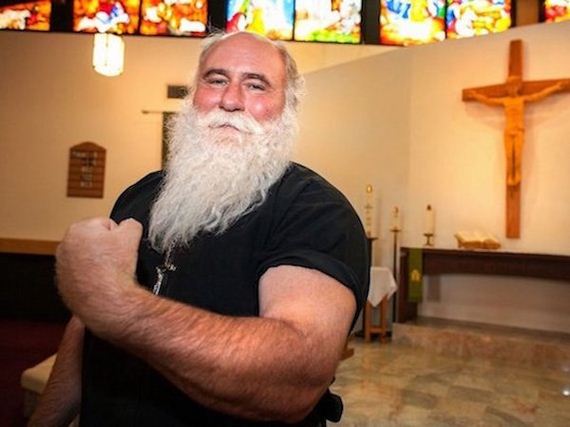 He’s like the Canadian Mountain, without the propensity for violence. 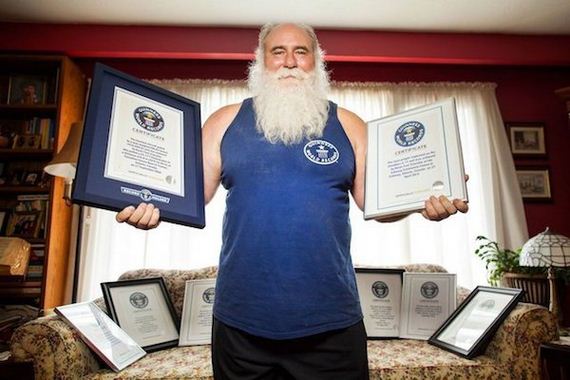 So far he’s pulled firetrucks, planes, a house and even set a record for a Caber toss in the Highland Games, all record-breaking feats.

This dude is a beast, and he’s even got his own YouTube channel. 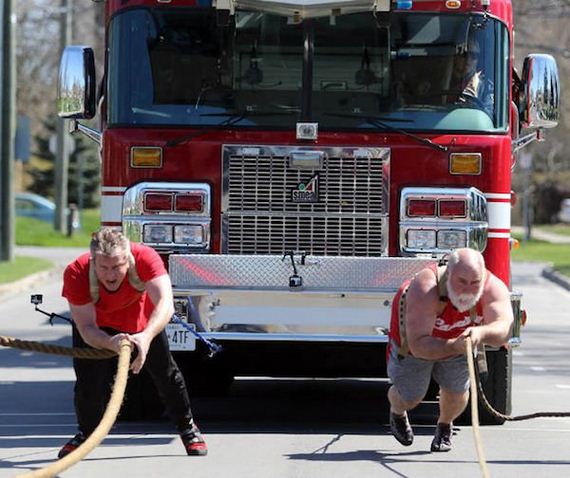 Recently, he collected his 25th record for the heaviest vehicle pulled more than 100 feet by a pair, pulling 3 firetrucks weighing a total of 90 Tons; 100 metres. 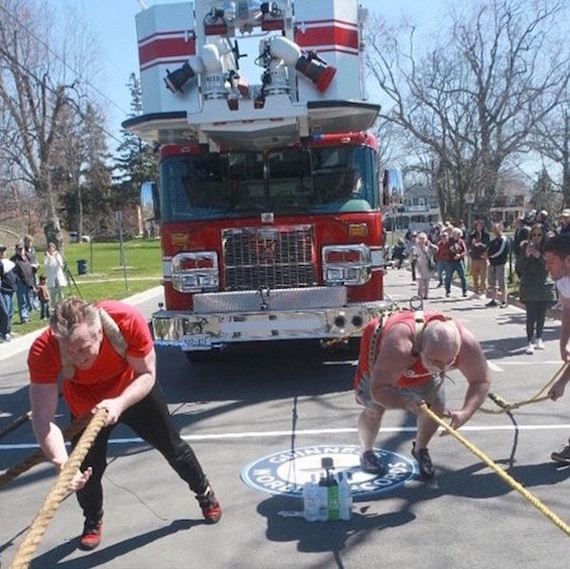 The record attempt was done with Andrew Younghusband, who’s the host of “Canada’s Worst Driver” for a new show called “Tougher than it Looks” for the Discovery Channel, where the host asks that very question; are certain feats harder than the actually look? 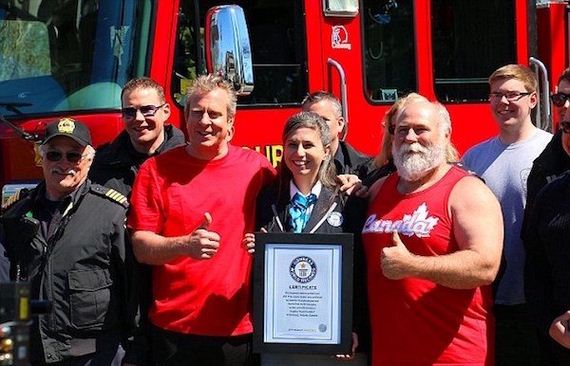 The show’s cameras and a rep from Guinness were on hand to authenticate the feat, which is pretty awesome considering the facts.

When they started to pull, the trucks only budged a little and Fast was going to give up, until they saw that one of the trucks still had it’s air brakes on. Once the brakes were turned off, the two men set the record.

But the fact that he was still able to budge the trucks, with the brakes on? Geez.

This got us thinking, what else has he done? 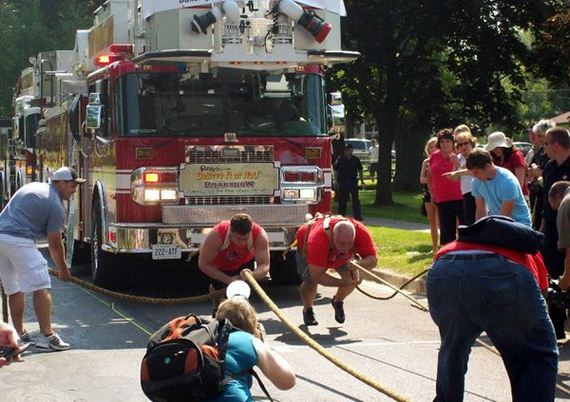 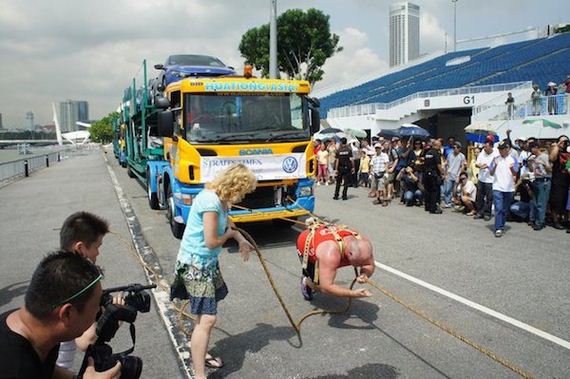 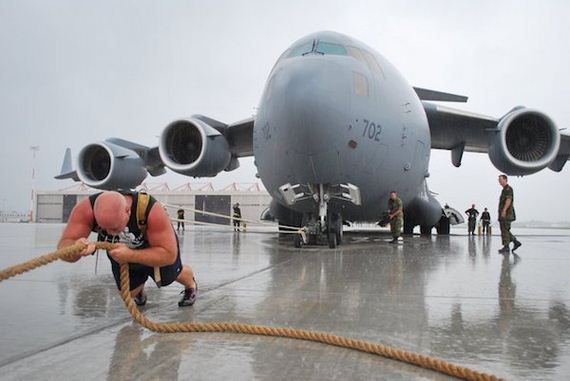 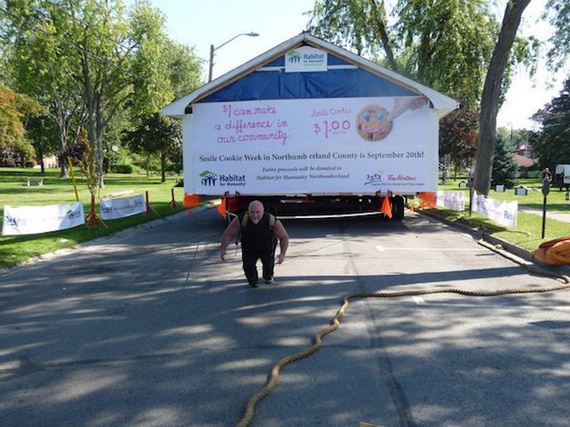 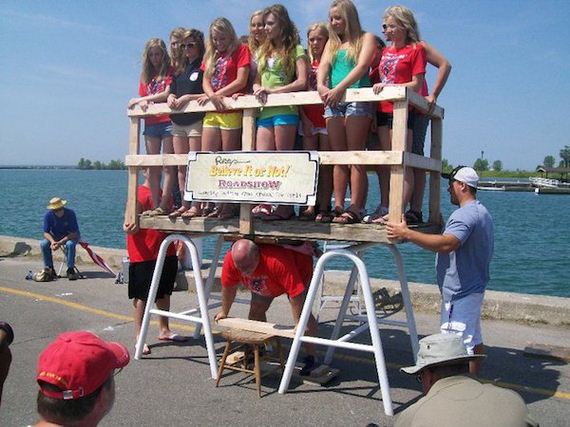 Most People Lifted at Once
In 2011, Kevin lifted 22 women with his back, to raise money for Habitat for Humanity. This isn’t a Guinness record, but still, damn that’s impressive! 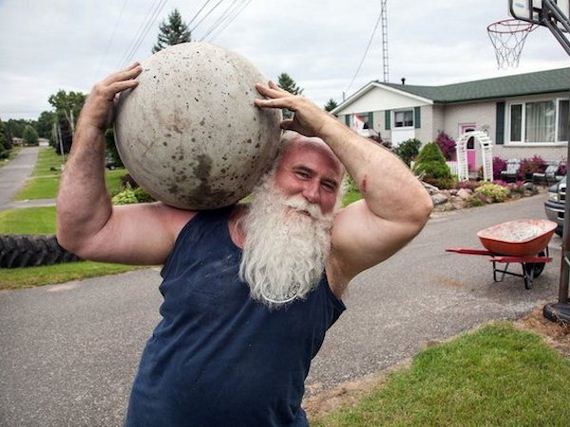 Longest Duration Holding a 500 kg Weight on the Shoulders
He’s held this one twice, with the latest attempt in 2011 for 1 minute 1.4 seconds. 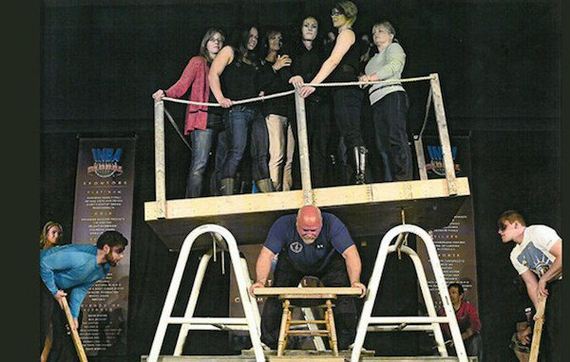 Most People Supported on the Shoulders
Most people supported on shoulders is 11 and it was achieved by Fast in 2012. 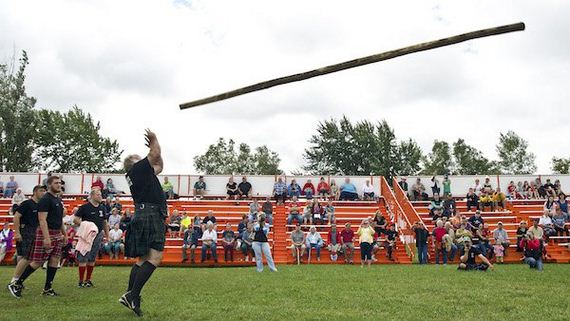 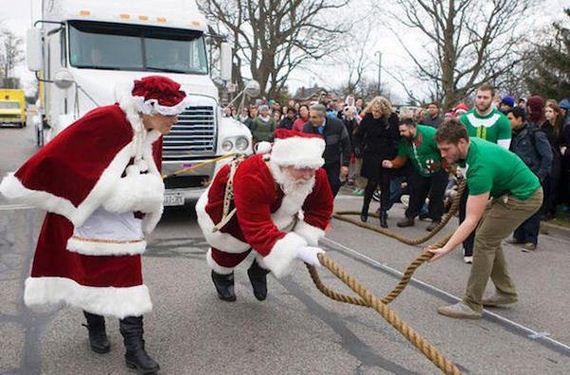 Heaviest Sled Pulled by Santa Claus
In 2013, Kevin pulled a sled of toys and donations to the local food bank during the Coburg, ON Santa Claus Parade. The total weight of that sled was 15,950 kg (35,163 lbs). 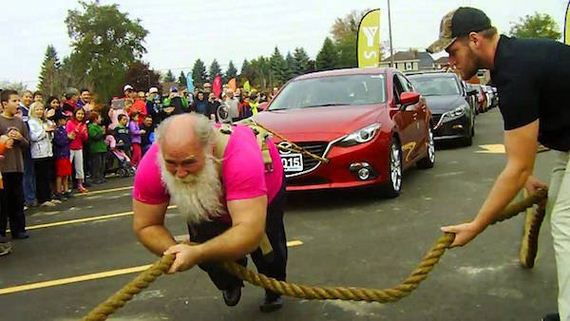 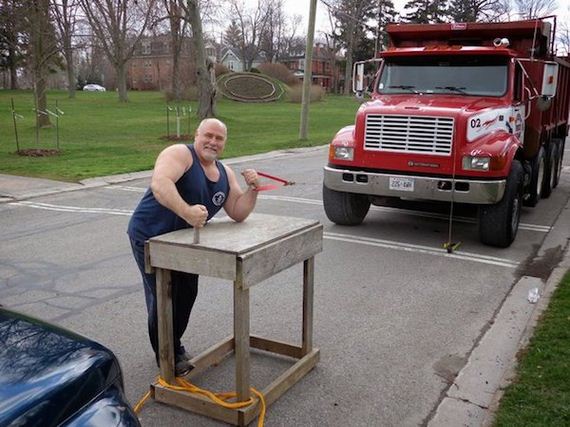 This also broke the record that he had set back in 2013. 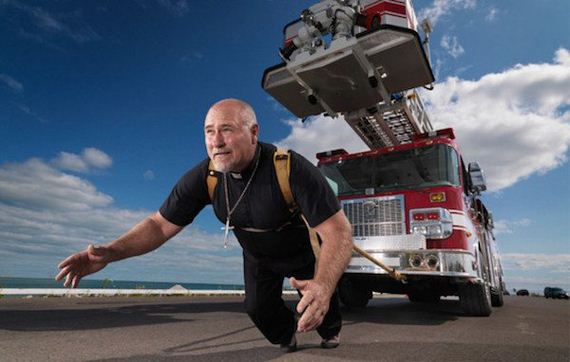 For the most part though, it’s not just about breaking records, as he also does his feats of strength to raise money for charity. 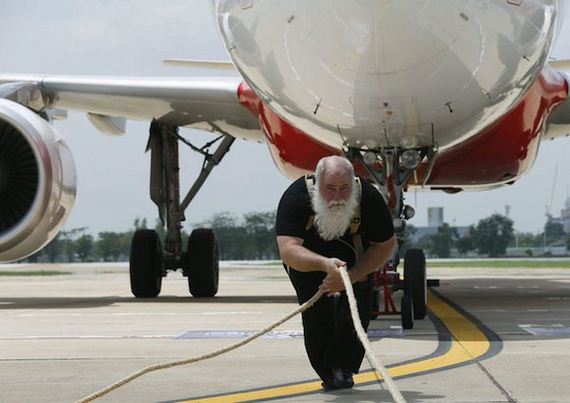 And while he also regularly competes in Highland Games and Strongest man events across North America, he’s content just being a Lutheran pastor from a small town in Ontario.

But damn if you start breaking those commandments! 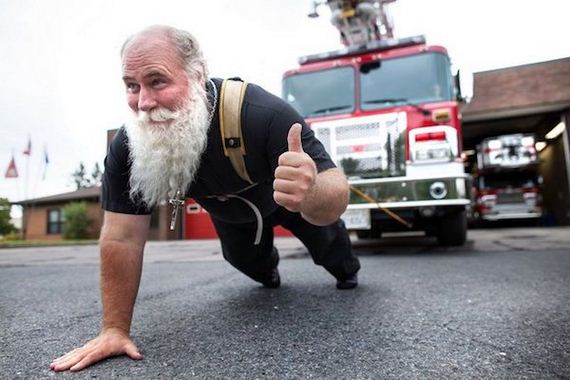