“I was on a kid’s game show in the late 80s with my brother. We won, but lost the grand prize (trip to Disneyland) in the bonus round, and were given a $500 gift certificate to a toy store instead. $250 each for a toy store was absolutely incredible for a couple of kids, especially in the 80s. I still remember that shopping trip.”

“My grandmother was Queen For A Day. It’s an older game show. She won a new living room set. Pretty nice for the times.” 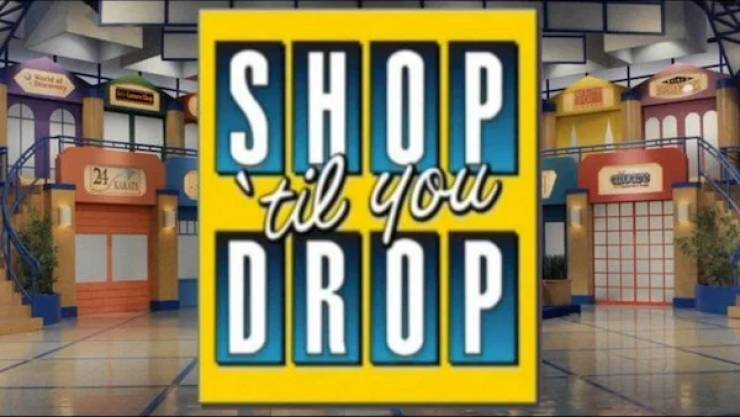 “My girlfriend and I were on Shop Til You Drop and won big. I still use the dishes every day. The trip (trips? It was a long time ago) I won was decent. I paid the taxes on my winnings with a check before leaving the lot. It took months and months for all the deliveries to come in, which was weird. I sold off some of it, used a lot of it, and can’t find the episode anywhere.

How did it help my life? The producer became a friend of ours and helped me propose to my gameshow partner girlfriend and we’re still happily married 15 years later.”

“Fun fact: you get $300 if you get called down to contests row on the price is right and don’t make it to the stage.”

“My mom and I went to The Price is Right and my mom got called down, got onstage, and won her game. She did not win her wheel spin, unfortunately. But she won $10,000 cash from her game so that was pretty good. Can’t complain about winning a bunch of cash. I think about 30-40% went to taxes.” 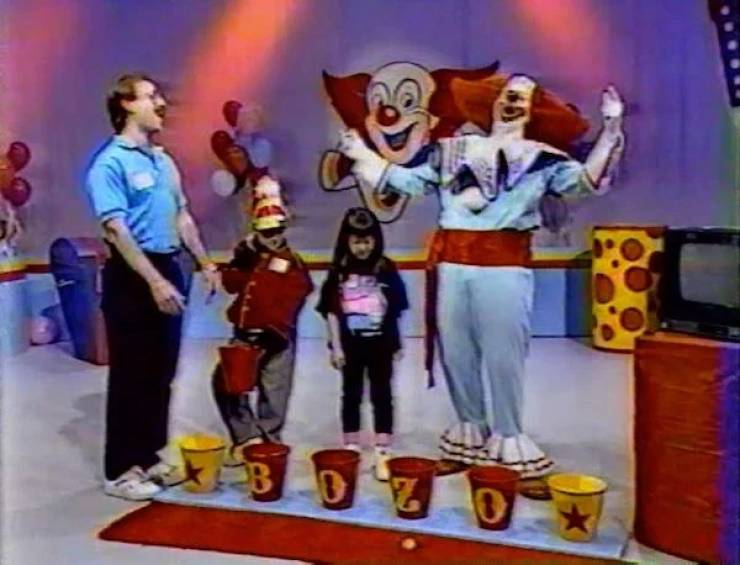 “Not really a “game show” but for those who remember Bozo circus, I got to play the Grand Prize Game — every midwestern child’s dream.

How did it help my life? For every bucket you hit (out of 6) you get a bunch of toys/gifts. I think I got to bucket #4 or 5 (they’re much smaller in person) and we drove home with a car full of toys, games, and Bozo hotdogs.

As a child, it was pretty epic.”

“I was on “Let’s Make a Deal” in 2016 and I won a new car. It was actually perfect timing because my old car was on its last legs and I had started saving for a new one, then I won a new one and the money I had saved paid the fees and stuff.

I won the car in August but didn’t actually get it until November when the episode aired, but they drove it to my apartment and had me sign the deed and it was all pretty painless. I had heard rumors throughout life about winning on gameshows “costing you” and things like that, I guess because I already had some money saved for fees and taxes it ended up really painless. Got a brand new car work 16k for about 3k in fees and stuff. Totally worth it and would totally recommend it!

Here’s a tip: If you ever go to one of those game shows that pick contestants out of the audience, they have a producer briefly interview EVERYONE (usually in groups) beforehand, and as long as you’re lively without being theatrical, and seem interesting without being crazy, you have a good shot at being picked. When the producer was interviewing the 20 member slot of audience members I was grouped with, he asked everyone their name and what they did and one interesting fact about themselves. And one random guy who desperately wanted to be on TV started doing the worm there in the interview area. You could immediately see on the producer’s face that though he was forcing laughter, that’s definitely not what they’re looking to put on TV.

Loose cannons are a big no go.”

“I won $125,000 on Who Wants to Be A Millionaire about 20 years ago. After taxes, I still had about $80,000. I paid my car off, got a computer, was able to quit a full-time job I hated and take a more enjoyable part-time job, and went to college. Now I work at a job I love that I wouldn’t have if I never got a college education. RIP Regis.”

“My high school drama and speech teacher was the “friend” someone called for a “phone a friend” option on Who Wants To Be a Millionaire? back when Regis was still the host. The guy who called him shared a portion of the money with my teacher, like 20-30k and my teacher used the money to adopt a baby.” 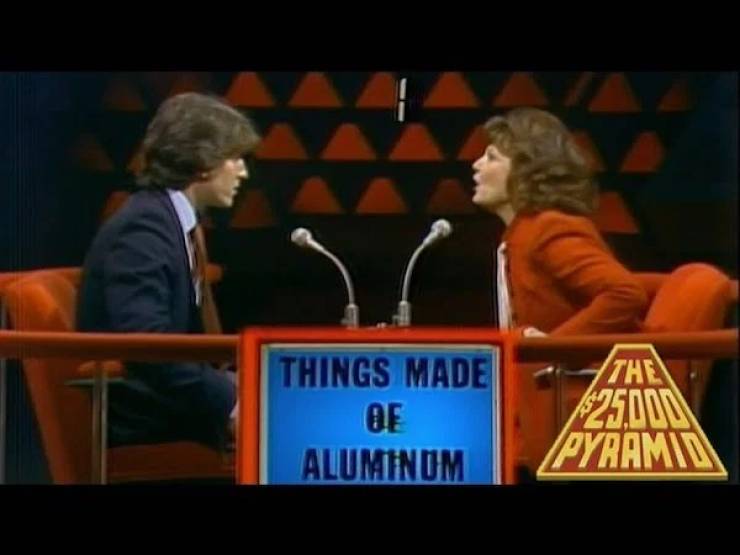 “My brother was on Pyramid in ’77 or ’78, he got a lifetime of rice a roni. It was a case of like 48 boxes every year for like 3 years. We got a letter that the show was going off-air and out of the rice a roni business. Cut us right off.

“When I was about ten, there was a game show on Spanish TV where you would call in to play the game. My mom and I got through one night and won a grocery store certificate for $100. We were so excited as this was big money in the eighties. We get to the store, by bus, and do our shopping. We get to the register and let the check-out person know we won the prize and she tells us the manager isn’t there and that we would need to come back another day for verification.

My mom explains that we arrived by bus and how it is difficult to make the trip again. I remember feeling so sad. Thankfully, another employee at the supermarket stepped in and let us take the groceries home. I still remember the feeling of relief when he allowed us to do that.”

“I won a few thousand on Jeopardy a few years ago. It allowed my wife and I to finally go on a honeymoon two years after getting married. Maybe not life-changing on a grand scale, but definitely made our lives a bit better.”

“My Mom won a trip to Vegas by calling in about her worst day ever on a radio show. They were giving away a weekend for 2 in Vegas to someone that had a really bad day.

My Mom’s day started off with my Dad getting into a car accident totaling the van, our only vehicle at the time. Then when she got the rental car she did some grocery shopping and accidentally locked the keys in the trunk after she loaded the groceries in.

She had to wait over 2 hours for a guy with his arm in a sling to show up to unlock the trunk, and the key snapped off. They had to call a locksmith to open the trunk and that took another hour.

All the perishable groceries were no good anymore because they were in the trunk for 3 hours. Then when my Mom was finally on her way home she hit a cat.

She then got home and had my brothers and I help her take in what was left of the groceries when my older brother closed the door locking all 3 of us out of the house.

Our neighbor had to help us break back into our house by prying open a window and helping me through so I could go unlock the door.

This was back in 1991 or 1992. My parents had a wonderful vacation, and nine months later had my baby brother.”

“Years ago called into a radio show and won two tickets to a cruise through the Bahamas. Only seconds later to be told it was strictly for couples 25 and up. Was extremely disappointed (was like 19 or something) and never understood why.” 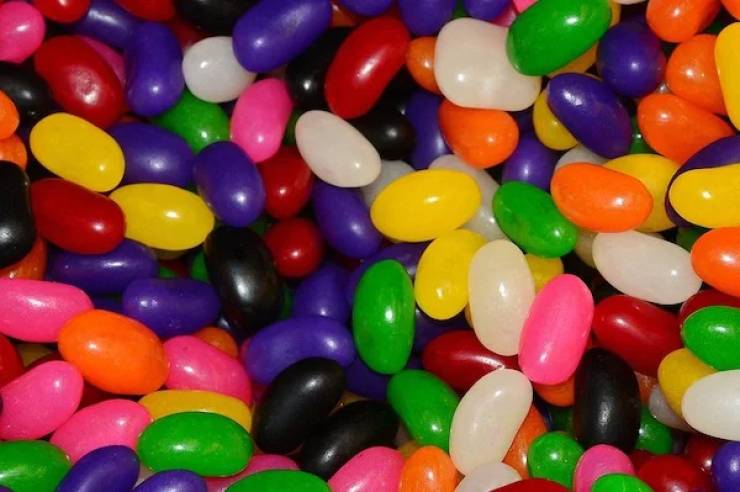 “Once I guessed the correct number of jelly beans in a huge jar and I won the jar. But I hate jelly beans and my parents and sister ate them all. I don’t even know why I guessed in the first place.”

Went to England and did a few smaller travel things with it, and then used it to rack up as little debt as possible in Grad School.”

“I won the showcase on the price is right. It was the spring break episode so it was only college students. It was my senior year of college. Winning a new car and a bunch of other stuff made the last semester of college awesome. It’s s been 9.5 years and I still drive the car. So I guess it’s changed my life in that I’ve never had car payments.

Had to pay tax on the value of all the prizes as if it were income. Luckily I hit a dollar on the big wheel and a nickel on my bonus spin and won enough cash to cover taxes.”

“Not a game show. I rang the bell on the sledgehammer game at a country fair. The girl I was on a date with was impressed. Still married after 35 plus years.”

Previous If You Want to Live Like A Pharaoh Then This $1.7 Million Moscow Apartment Is For You!
Next 88 Hilarious Meme Photos Of The Day