“TikTok” Hack To Hatch A Duckling From A Bought Egg 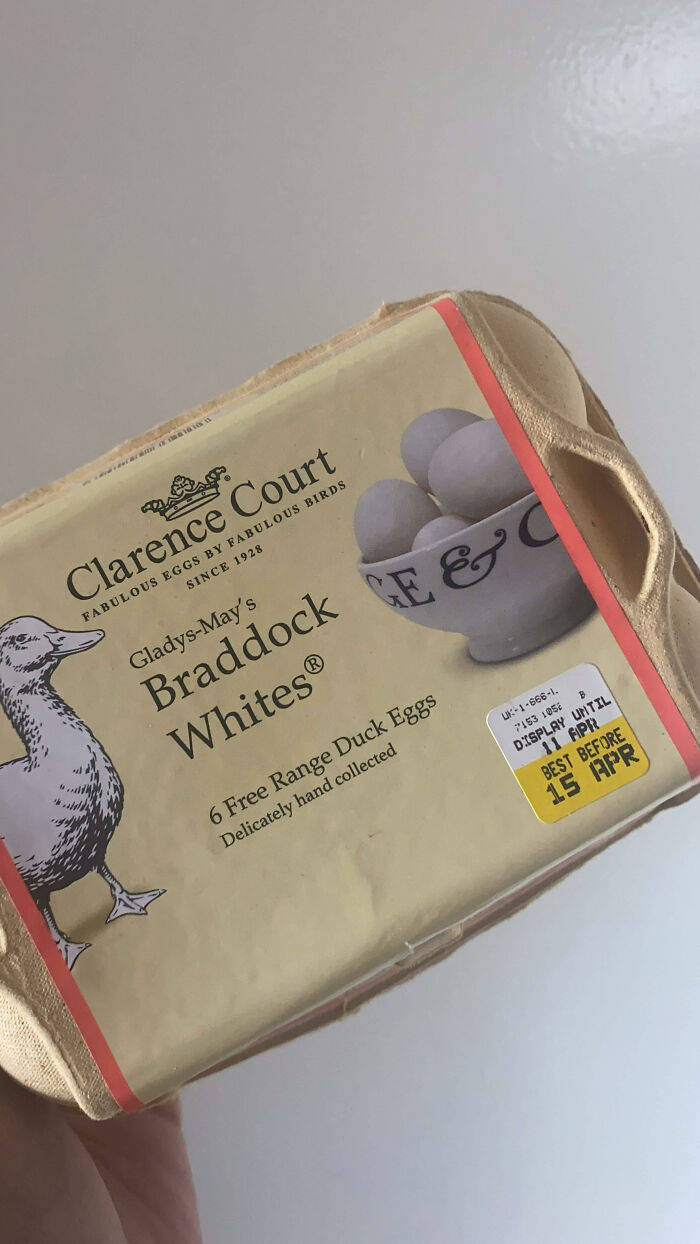 “I saw it on TikTok. Somebody else had done it with the same ducks except Waitrose, I found them in Morrison’s, the Braddock white ones, I’ll send a pic of the box, and I gave it a go, brought them home, put them in the airing cupboard and bought an incubator from Amazon. I put all 6 inside and looked up the hatching and incubating process online, I set it to 37.5 degrees and waited 10 days to see whether or not they were fertile, you can tell by shining a torchlight into the egg in the dark. It’s called ‘candling’ and if you see veins by day 10 of incubation, you have a fertile egg and to my surprise, there was 1 out of the 6 eggs!”

To her surprise, one of the six eggs was fertile. She got everything she needed to hatch it and got to work 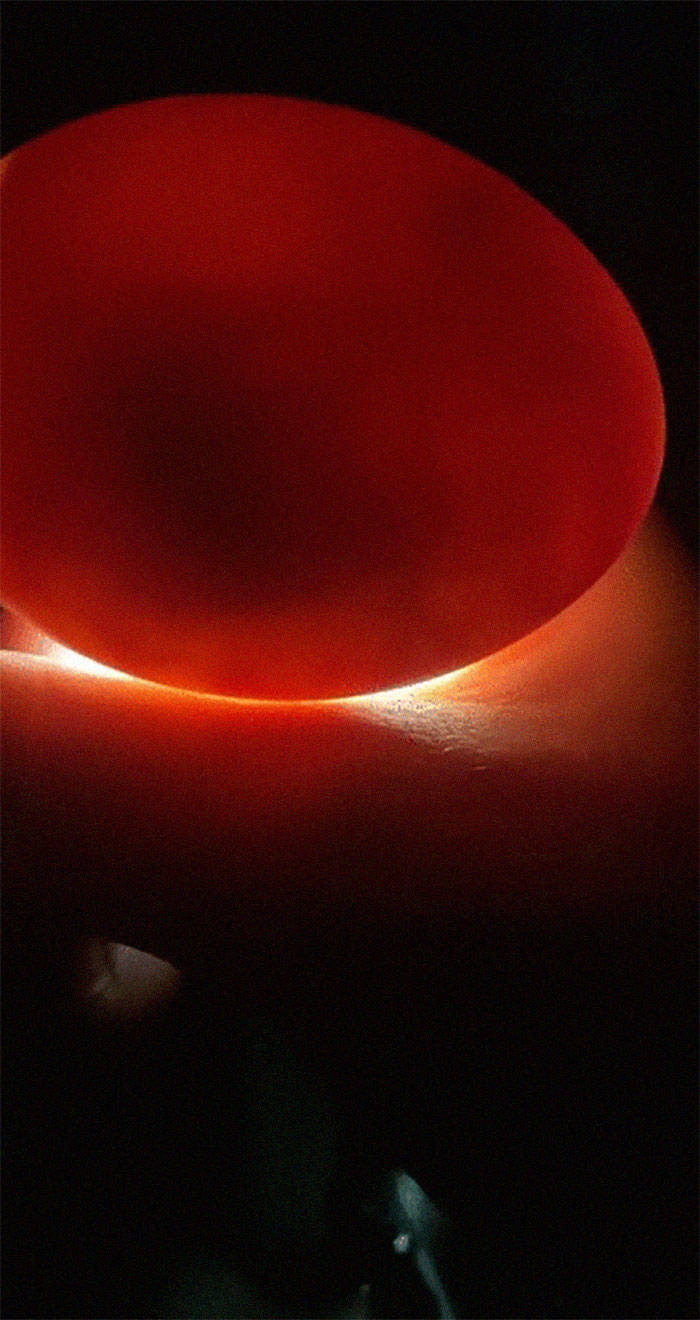 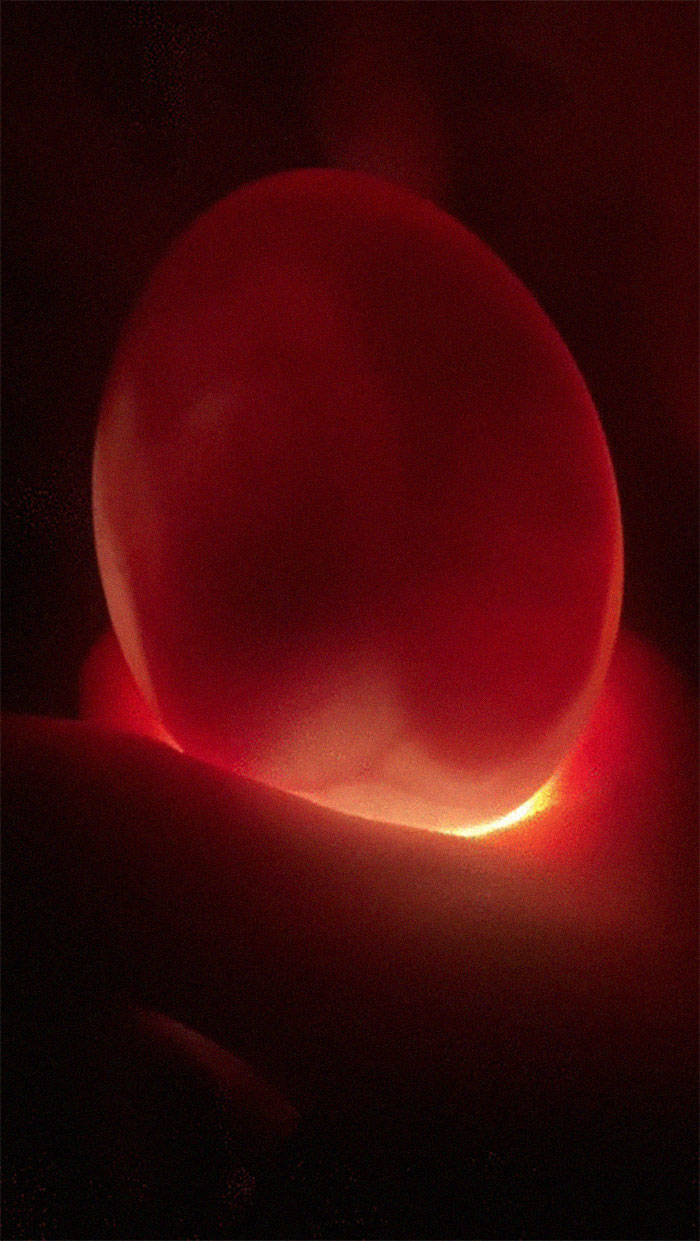 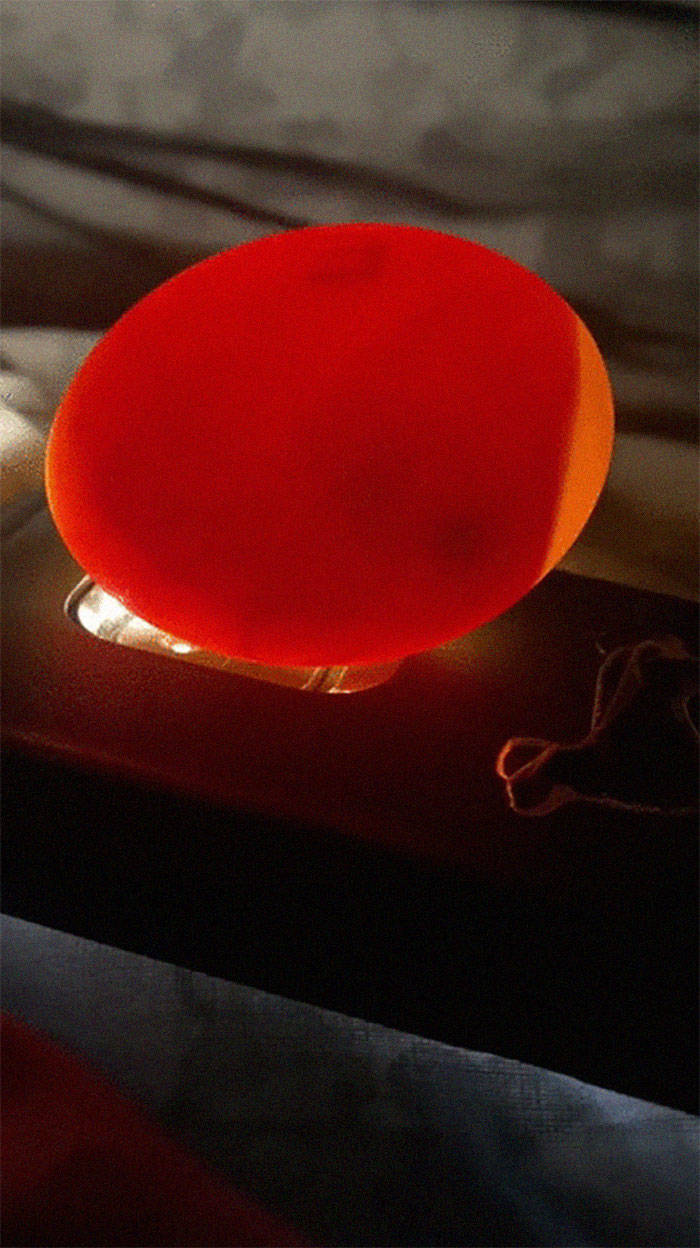 On day 27, the duckling started to peck away at his egg and 48 hours later, he was free

“I continued the process of turning it 3-4 times a day, spraying it with water and bringing it to room temperature, and putting it back in for a few hours before repeating the turning. I have footage of it developing over the process. On day 27-ish he started to peck holes in the egg and I was so excited! He was out 48 hours later when I got home from work, I am absolutely overjoyed as I didn’t think this would work at all!”

After 30 long days full of care and love, Adele finally had her baby duck with her 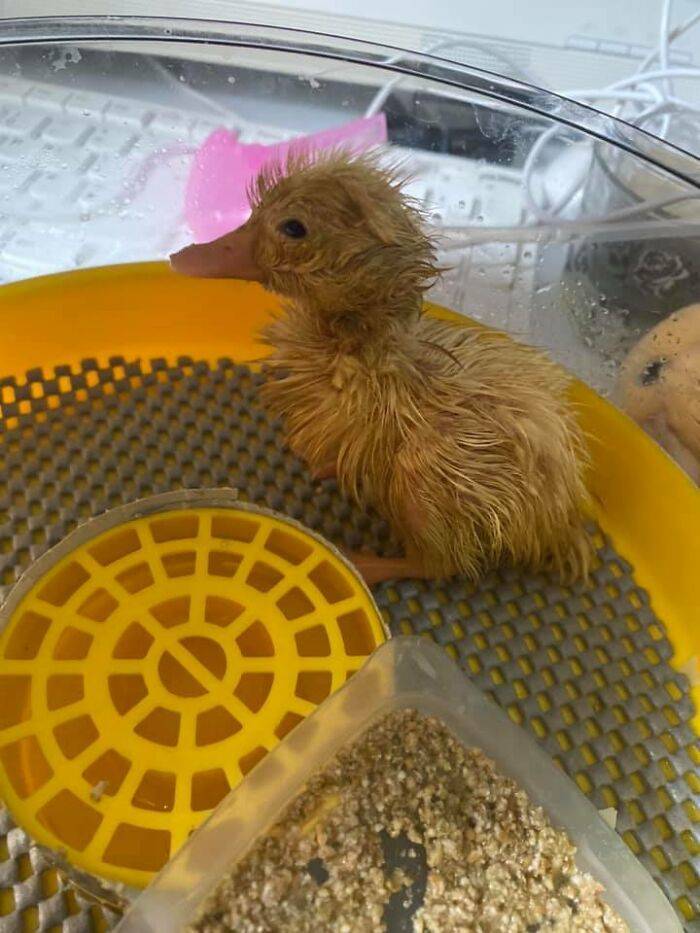 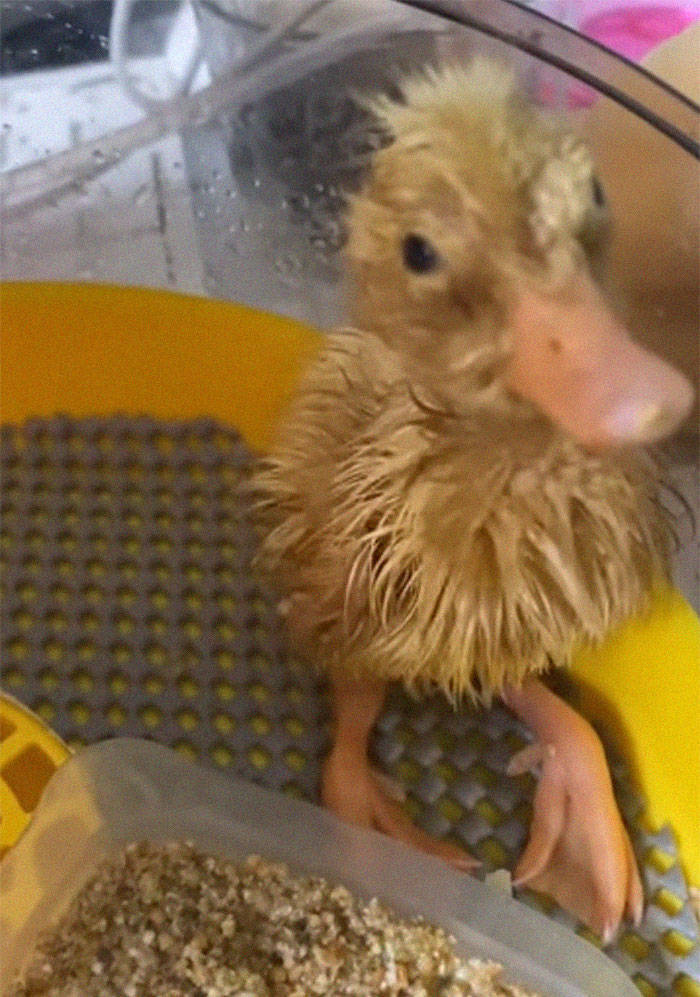 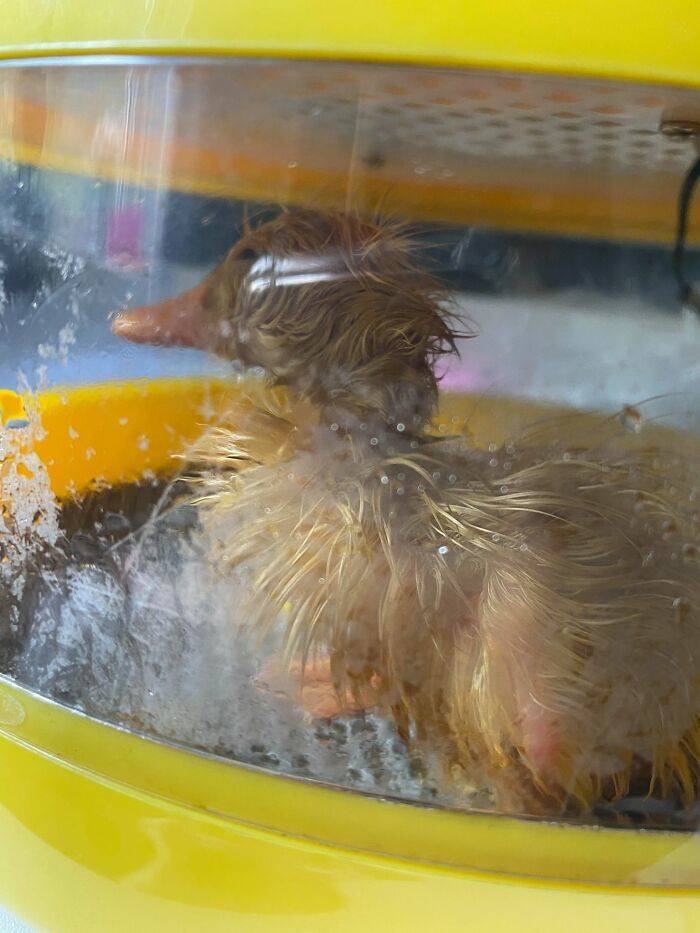 Adele was surprised and excited this experiment worked 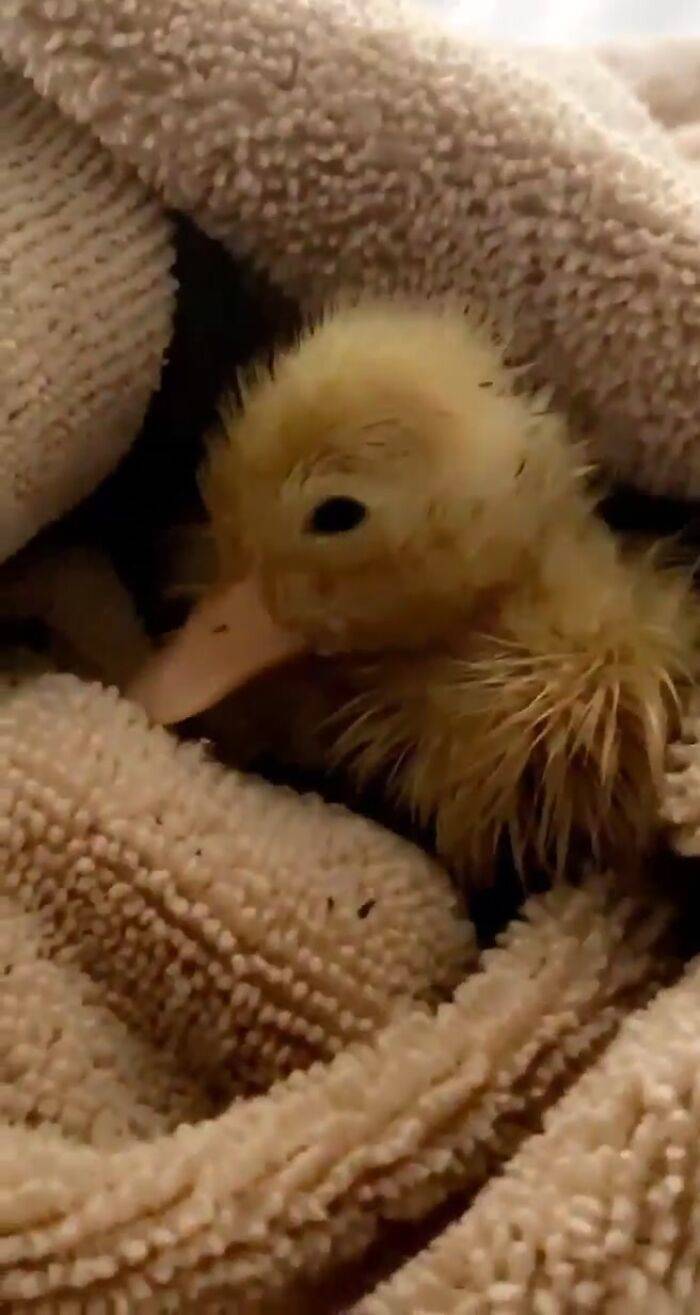 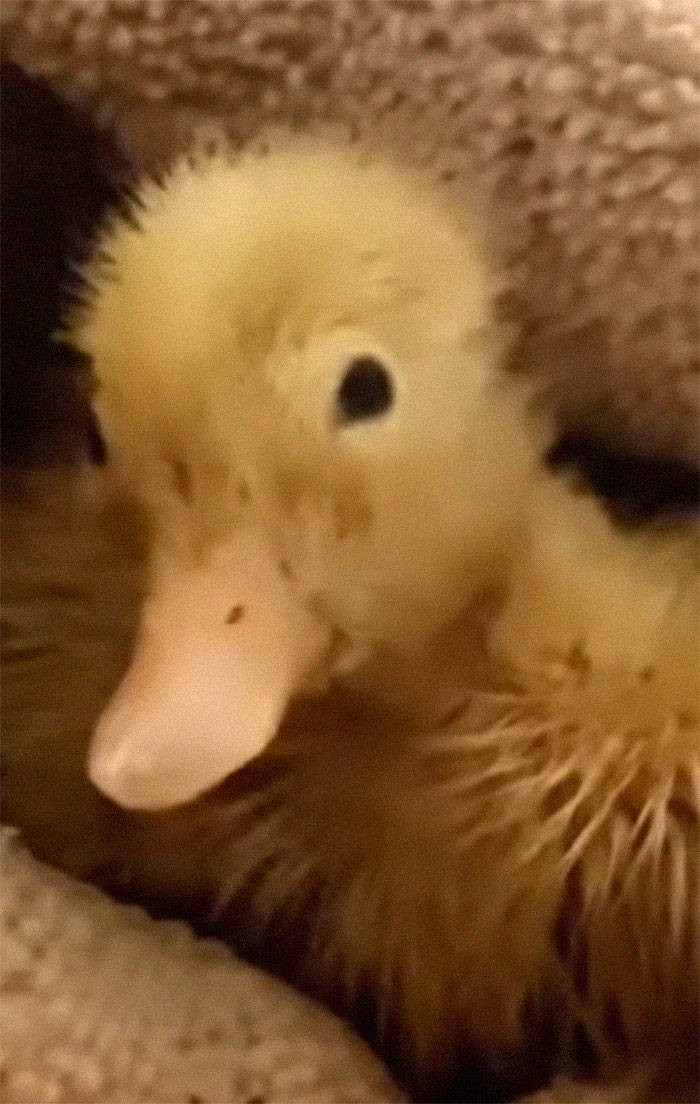 This is Morris, the little duckling that hatched from store-bought duck eggs 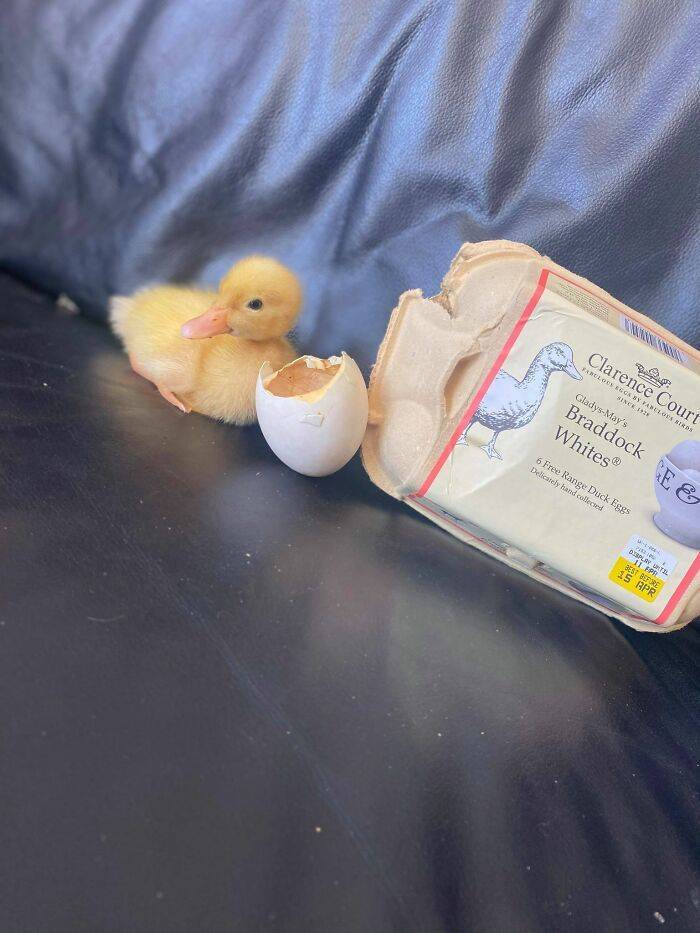 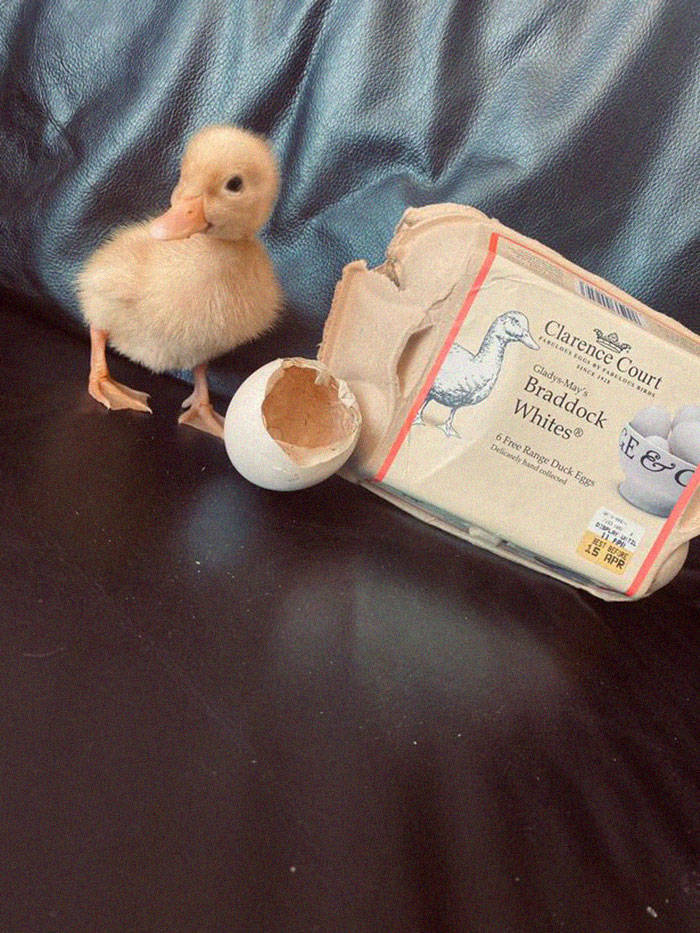 The owner soon found out that Morris needed a friend, or he would become sad and depressed. So she got Morris a brother named Beryl 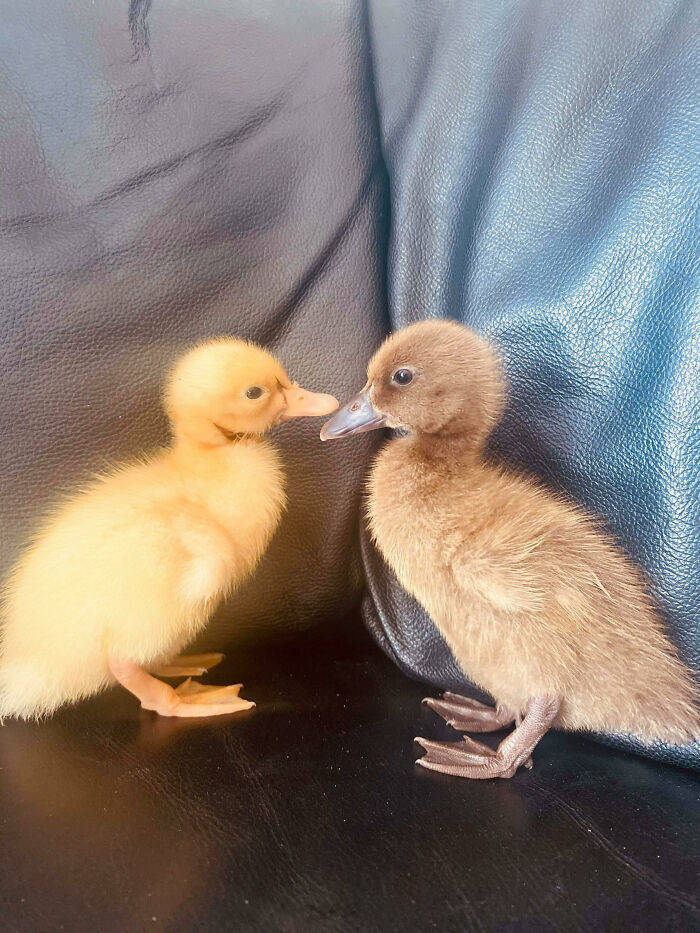 “I was told by lots of people on a group I have joined on Facebook called ‘ducks and chucks’ that he needed a friend or he would become very sad and lonely, so because I work all day, I got him a friend from a pet shop that sells poultry, another little duckling called Beryl and they are now best friends! Beryl is a different breed. It’s a Kaki Campbell, and a bit older, but they get on so well, he’s happy with his new friend and has learned to swim lovely too! I keep them in a brood box with a heat lamp until they get their feathers, then I plan to buy a shed and get a pond put into my back yard with an enclosure to keep them safe whilst they play!”

Adele, Morris, and Beryl are very happy together and can’t wait to go on many adventures 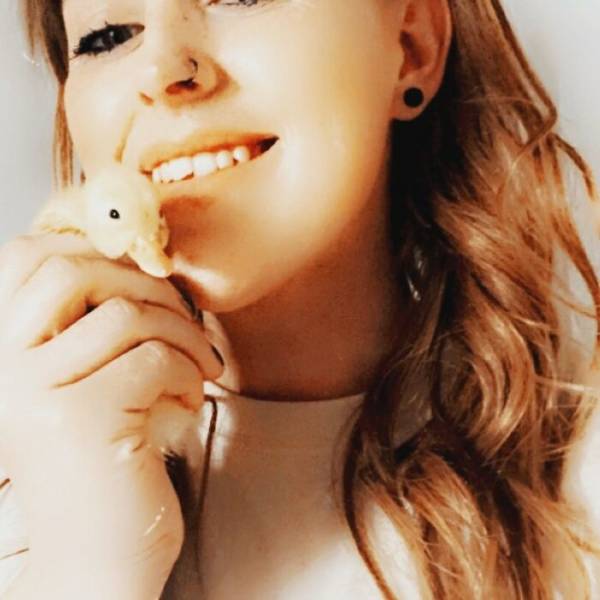 Previous Woman Mocks Perfect Instagram Pics
Next 7 Palaces From Around The World: Then VS. Now