Titanic Passengers In Hollywood Movie Vs In Real Life 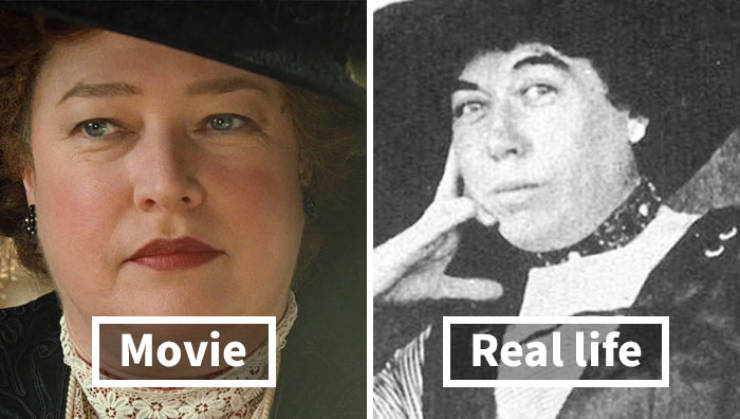 Margaret Brown (played by Kathy Bates), also known as The Unsinkable Molly Brown, was an American socialite, philanthropist, and activist. In the film, she seemingly supported Jack’s attempts to woo Rose by providing him with a suit to wear to a fancy dinner. In reality, Margaret was so much more—she helped others reach and safely board the lifeboats, and even when she herself was safely away from the sinking ship, she tried to convince the boat’s officer to go back for the less fortunate ones. Later on, she even raised funds to assist the disaster survivors. For all her hard work, she received Order of the Legion of Honor. 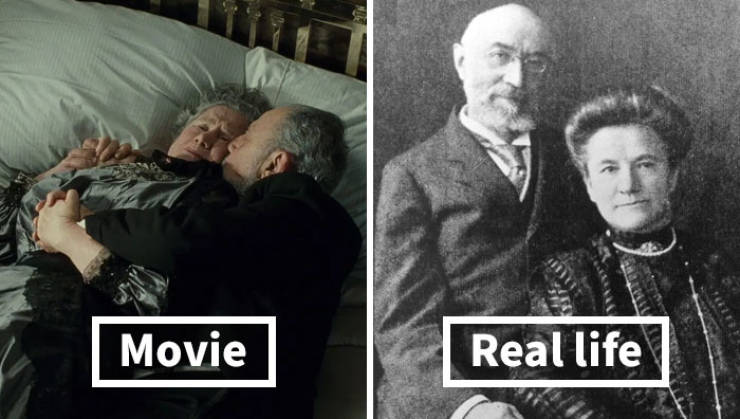 Ida (played by Elsa Raven) and Isidore Strauss (played by Lew Palter) were real-life people, a married couple whose memorable moment in the movie was the scene of them hugging while awaiting their fate. Reportedly, both of them chose to remain together, staying on the Titanic. Isidore wanted his wife to save herself, but Ida said, “We have lived together for so many years. Where you are, there I am.”

Close To 1,500 People Died That Night, Including The Captain And Many Of The Crew 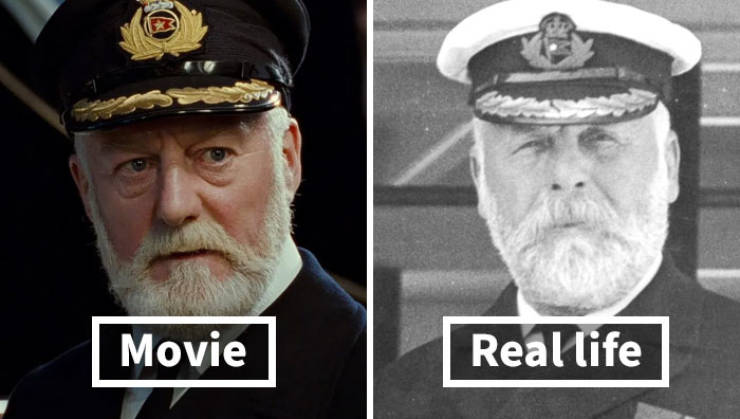 A notable figure was Edward Smith (played by Bernard Hill), the 62-year-old captain of the Titanic. Before he stood at the helm of the Titanic, he gained 40 years of experience, making him one of the most trustworthy captains of White Star Line (the company that launched the Titanic). While both the real and on-screen versions of the captain met their end on the sinking ship, in real life, Edward assisted the terrified passengers and helped the crew. Only when it was inevitable did he go towards the flooding bridge and that was the last anyone saw of him. 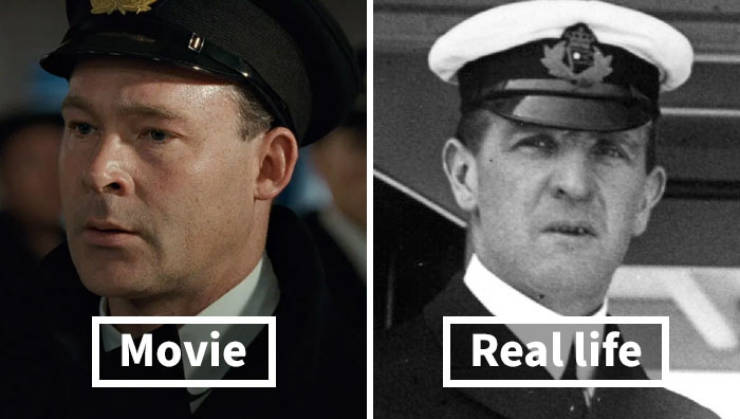 William Murdoch (played by Ewan Stewart) was the first mate on the ship. He did his duty to the best of his ability, and even tried to avoid the collision with the iceberg (even if the decision came too late). But in the movie version, he was portrayed as less heroic, accepting a bribe, shooting panicking people, and eventually turning a gun on himself. William’s remaining family were outraged by the film’s portrayal and the filmmakers even went to his hometown to apologize personally, even making a donation to the Murdoch Charity Prize. 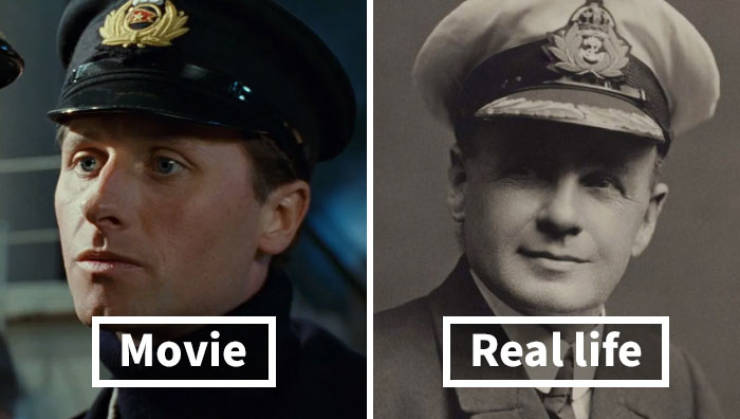 Charles Lightoller (played by Jonathan Phillips) was the second mate on the Titanic. During the sinking, he helped 29 other men balance an overturned foldable boat. While not everyone made it, he saved lives by sharing his knowledge. And after the disaster, he helped improve the quality of passenger ships, such as insisting on more lifeboats and better communication between ships.

Colonel Gracie Wrote A Book About His Experience, Which Is An Important Source Of Information On The Titanic’s Sinking 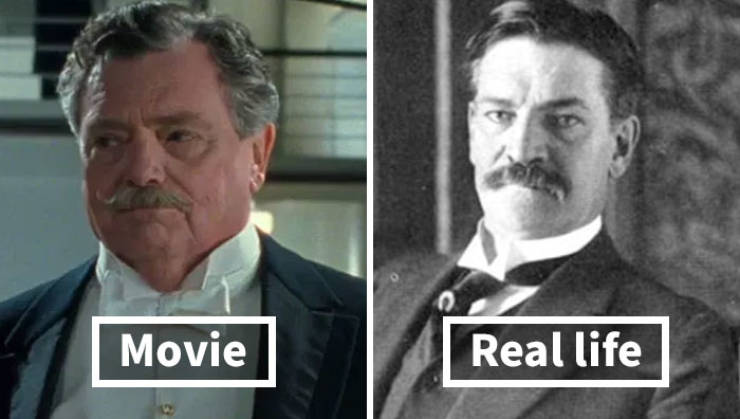 Colonel Archibald Gracie IV (played by Bernard Fox) helped the fellow passengers and, after returning home, he wrote a book about his experiences. It has become a valuable source of information for historians and researchers of the disaster. It is said the Titanic’s catastrophe never left the Colonel and his last words were, “We have to put them on boats. We have to put them all on boats.” 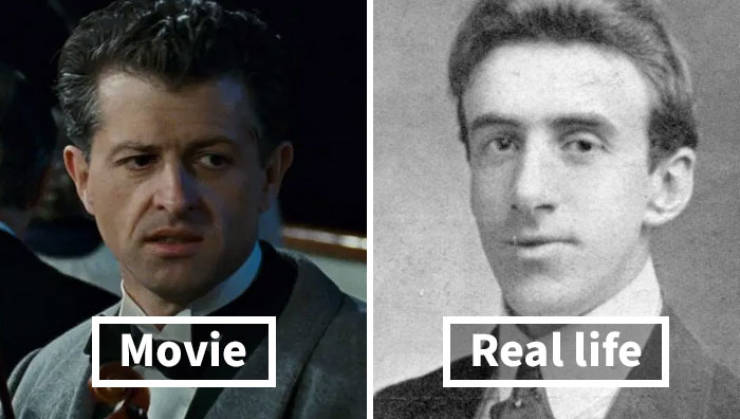 Wallace Hartley (played by Jonathan Evans-Jones), the orchestra leader on the ship, truly did stay behind and played while the Titanic was sinking. He and other musicians tried to help the passengers calm down. None of the musicians made it off the ship, playing right until the ship was submerged.

During The Disaster, A Countess Didn’t Shy Away From Helping Third-Class Passengers 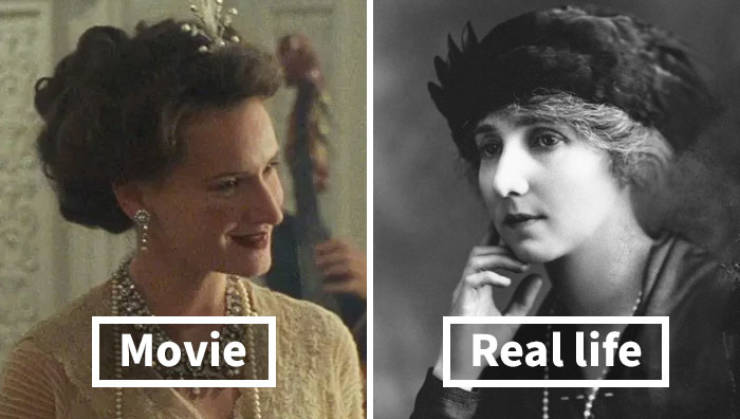 Noël Leslie (played by Rochelle Rose), Countess of Rothes, was a first-class passenger. She escaped the sinking Titanic in one of the lifeboats, and it is said she helped the third-class passengers that were with her. She was last seen onboard Carpathia. 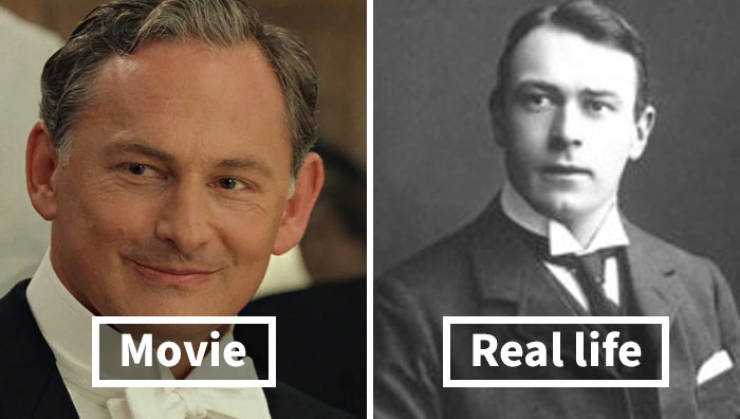 Thomas Andrews (played by Victor Garber) was the creator of the Titanic. It was likely he, too, was confident in his creation; after all, he poured his heart into the transatlantic ship. But he also knew of the ship’s shortcomings and when the ship hit the iceberg, he prepared for the inevitable, yet didn’t doom others. It is said he helped the passengers and even threw the sun loungers off the deck in hopes they could be used as floats by those in the water.

Despite The Facts, The Movie Version Created A Villain Out Of The Director Of The Titanic’s Company 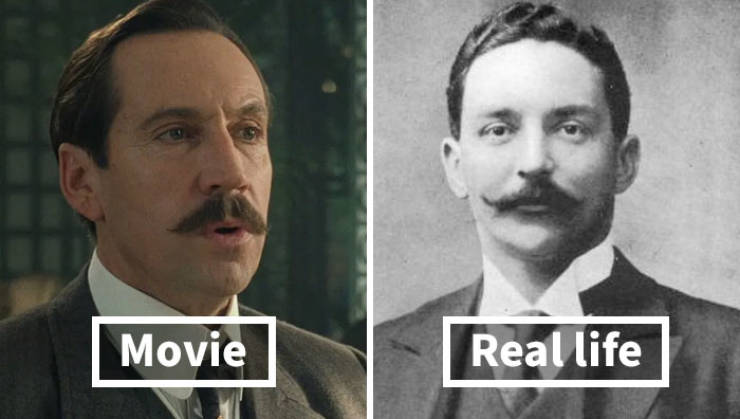 Joseph Bruce Ismay (played by Jonathan Hyde) was chairman and director of the White Star Line Steamship Company. He wanted to create a ship that could boast unparalleled luxury and it is said that because of this, he decreased the number of lifeboats from 48 to 16. While a true villain in the movie, real-life Joseph actually helped other passengers during the disaster. He survived the Titanic’s sinking; however, his reputation was forever tarnished.

A Pregnant First-Class Passenger Survived The Sinking, But Lost Her Husband 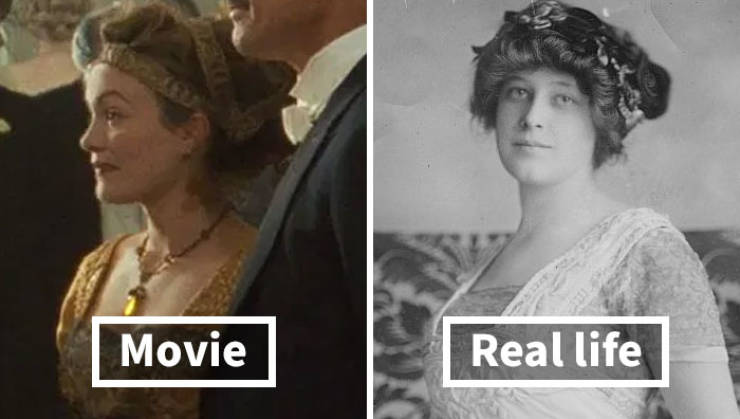 Madeleine Force (played by Charlotte Chatton) was the second wife of John Jacob Astor IV. She was pregnant during the trip, as she and her husband were hoping to have their child be born in America. She survived the sinking as her husband made sure she reached the lifeboats. Her child was born a few months after the disaster.

An Overworked Radio Operator Missed The Warnings Of The Iceberg, But Stayed To Broadcast The Distress Signal Till The End 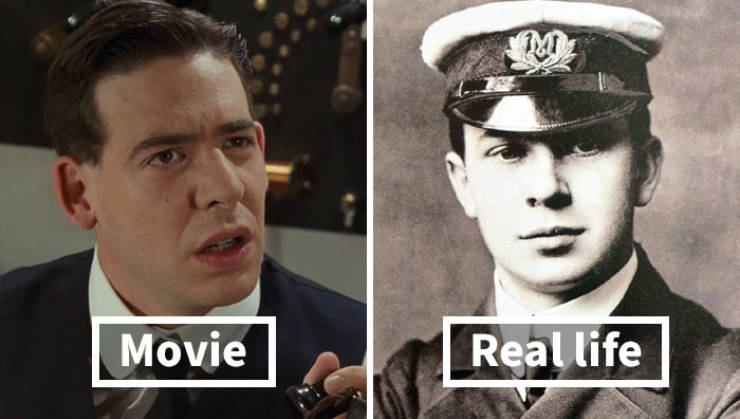 John “Jack” Phillips (played by Gregory Cooke) was the radio operator on the Titanic. Sadly, during the trip, Jack was overworked and didn’t pay much attention to the warnings from nearby ships that spotted icebergs in the water. After the impact, Jack continued to broadcast the distress signal, right until the cabin was flooded. He didn’t make it. 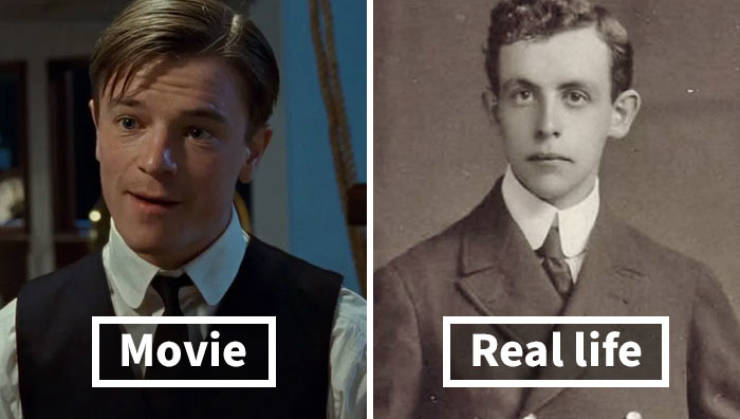 Harold Bride (played by Craig Kelly) worked with Jack Phillips and was the junior wireless operator. He helped send out the personal messages from the passengers, and when the disaster struck, it’s likely he assisted Jack with his work. Eventually, Harold left for the lifeboats and survived the sinking. His testimonial was important during the Titanic investigation inquiry. 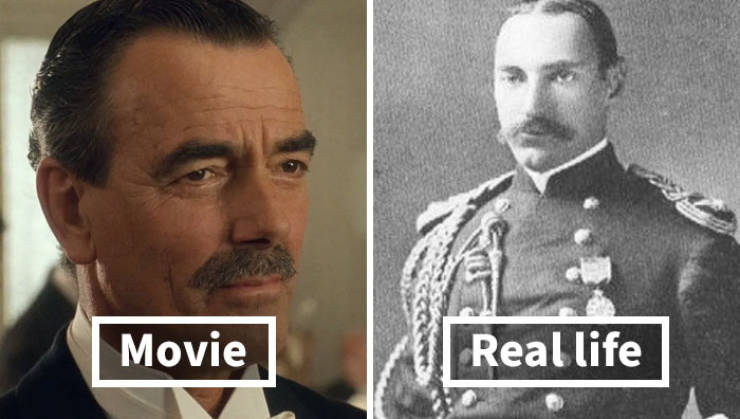 John Jacob Astor IV (played by Eric Braeden) was an American real estate developer and the richest person on the Titanic (presumably, he was also one of the wealthiest in the world). He died on the Titanic, but was one of those whose body was recovered—he was recognized by the initials sewn into his jacket. 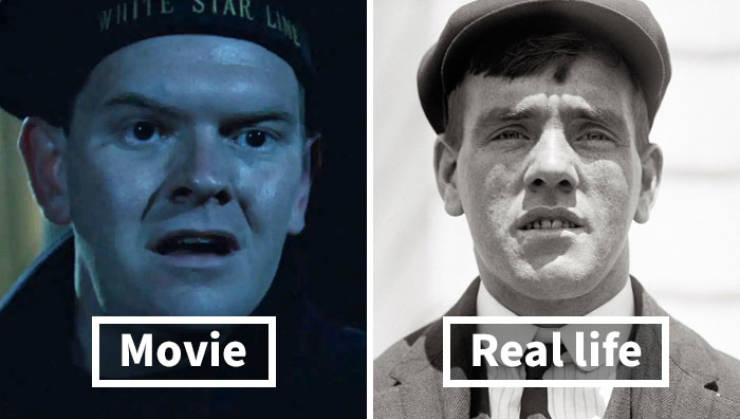 Frederick Fleet (played by Scott Anderson) was on the lookout when the ship hit the iceberg, and he later admitted they were given no binoculars, further reducing the ability to see anything in the dark. While visibility may have been tricky even with the proper equipment, the sailor’s admission further underlined the tragedy. Frederick survived and rowed the same boat Margaret Brown was on. 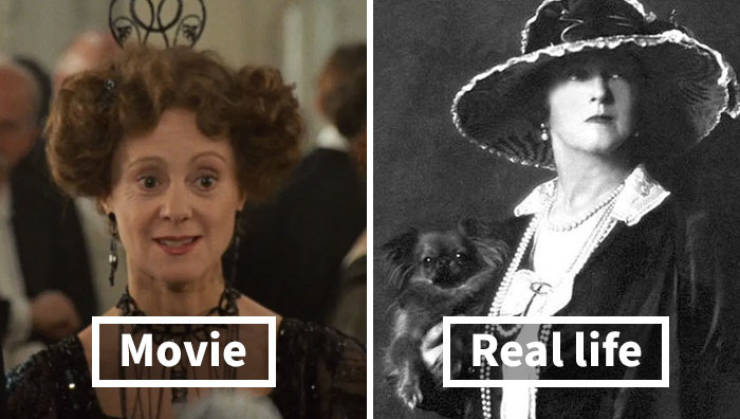 Lady Lucy Duff-Gordon (played by Rosalind Ayres) was a fashion designer and the wife of Cosmo Duff-Gordon. She survived with her husband by boarding the first of the lifeboats before the panic set in—that’s the reason why both of them were allowed to board it. 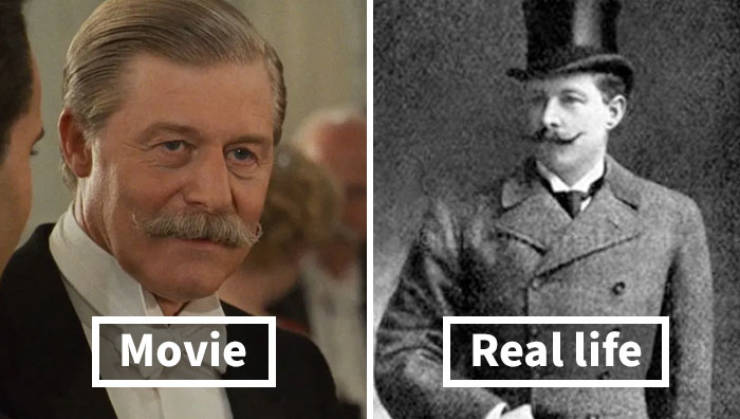 Cosmo Duff-Gordon (played by Martin Jarvis) was an Olympic silver medalist in fencing. He survived the sinking, but there was a rumor attached to his name that he bribed the crew in the lifeboat to escape by violating the “women and children first” rule. He was later cleared of the rumor.

The Chief Officer Of The Titanic, Like Many Of The Crew, Perished With The Ship 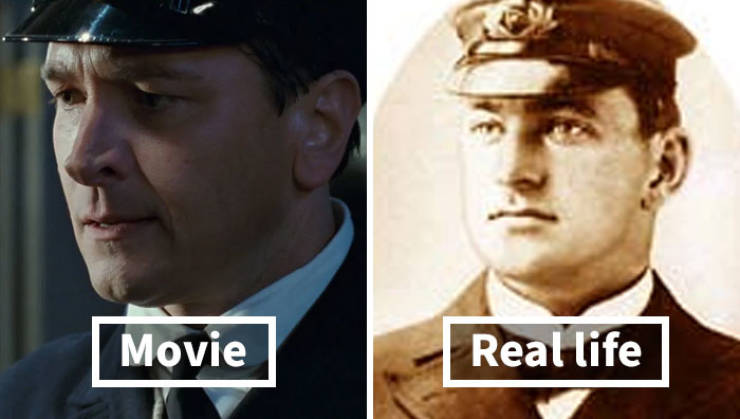 Henry Wilde (played by Mark Lindsay Chapman) was a chief officer on the Titanic. He had a promising career in White Star company, and had served on several on their ships before being assigned to the transatlantic giant. Unfortunately, the officer died during the sinking. 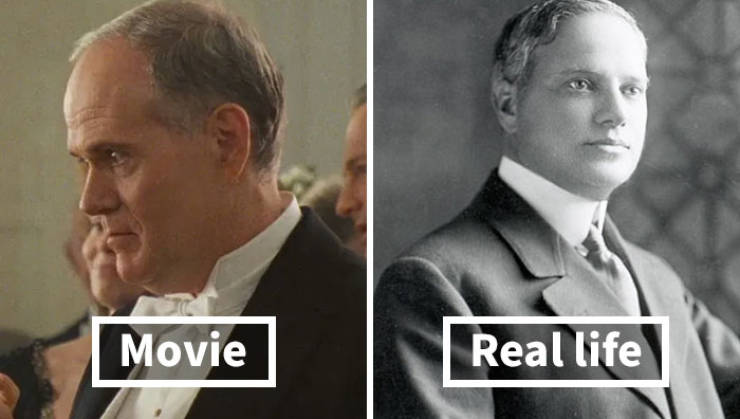 Benjamin Guggenheim (played by Michael Ensign) was a businessman onboard the Titanic. He perished with the ship together with his valet, Victor Giglio. According to eyewitness reports, he and his valet were last seen on the deck, listening to the orchestra playing.