Top 5 Best Movies To Watch On A First Date

If you’re new to Internet dating and a little apprehensive about signing up for a matching website, there’s no reason to be. Newcomers are often surprised about how relaxing the online environment can be, with singles feeling confident enough to engage with a prospective date on a variety of topics. A recommended icebreaker would be favorite music or movies. Sticking with the latter, this subject matter could also help you bridge the gap between an online relationship, and meeting in the real world. While there are many great ideas for what a couple can do during their first outing, sometimes watching a good movie is the perfect thing to help break the ice and bring two people closer together. When that time comes, here are five suggestions for the best first date movies that were compiled for you by dating experts from this website. 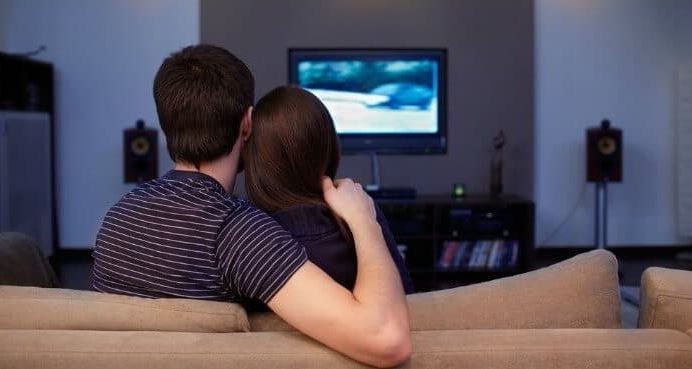 Molly (Demi Moore) suffers a cruel bereavement when the love of her life Sam (Patrick Swayze) is murdered. But a medium (Whoopi Goldberg)can communicate with Sam’s spirit, revealing the sinister motive behind the crime. This was 1990’s highest-grossing film, raking in over $500 million. A fantasy it may be, but it is also about the enduring power of love. Perhaps the movie’s most renowned scene was the one demonstrating the unexpectedly sensual aspects of pottery.

This is an ideal movie for date night, combining slapstick with genuine comedic greatness. In the titular role, Will Ferrel presents a caricature of some 1970s TV chauvinist dinosaur, happiest when he’s cradling a glass of Scotch or making wildly inappropriate remarks around his female colleagues. Ably abetted by Paul Rudd, Steve Carell, and David Koechner’s characters, the film is a send-up of a bygone age, whose attitudes may not be altogether dead and buried but are certainly well worth ridiculing. Christina Applegate plays Burgundy’s spirited rival.

England’s Swinging Sixties are in full flow, and Jimmy (Phil Daniels) escapes his dull job and routine home life by running with a gang of Mods – scooter-driving youth gangs obsessed with music, fashion, girls, and pills, always ready to lock horns with their hated rivals, the motorbiking Rockers. Quadrophenia brilliantly captures the aspirations and disappointments of being a teenager, and while it may be set in 1964 it resonates.

Written in 1813 by Jane Austen, Pride and Prejudice focuses on the lives of five sisters from a middle-class family in England. Mr. Bennet (Donald Sutherland) has an estate, but this will only be passed on to a male heir. As his wife (Brenda Blethyn) is lacking any inheritance, it becomes imperative that at least one of their five daughters marries into money, otherwise the family will eventually face destitution. This may be the driving factor behind Mrs. Bennet’s increasingly frantic attempts to secure prospective matches for the sisters, but the important message is that love, not riches, should be the ultimate goal. There may not be any trapping of 21st-century movies, no violence, profanity, or car chases, but this character and dialogue-driven film is a delight.

The film that became actor/writer/director Woody Allen’s biggest box office hit, this romantic comedy is bookmarked by Thanksgiving dinners, following the exploits of an extended family who assemble for the annual celebration. Hannah (Mia Farrow) is married to Elliot (Michael Caine), and the various storylines center around her. Elliot is secretly in love with Hannah’s sister Lee (Barbara Hershey) and starts an affair. A third sister Holly (Dianne West) has an on/off relationship with Mickey (Woody Allen), Hannah’s ex-husband. Amidst the twisting story of relationships, there is much of Allen’s trademark observational humor, and Mickey discovers the perfect antidote to life’s downs: the Marx Brothers.