Captain Power and the Soldiers of the Future (1987)
These spaceship and spaceman toys were interactive. When kids held them up to the TV during action scenes of the Captain Power live-action TV show, the toys shook, flashed lights, and made noise. 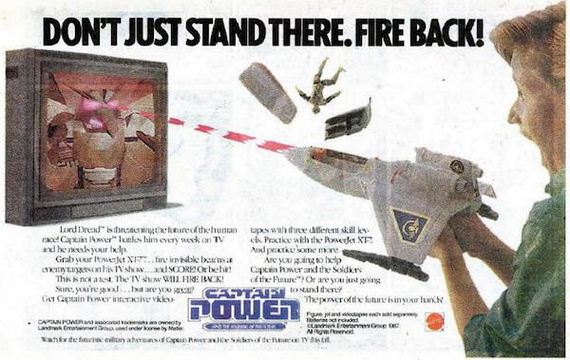 Computer Warriors (1989)
The toys’ packaging explained the convoluted premise: A government supercomputer accidentally created evil computer viruses that jumped into the real world. So the military created heroic anti-viral software and sent those into the real world, and they hide out disguised as everyday objects. The toys then were things like pencil sharpeners, trophies, and Pepsi cans, which had a secret compartment where a tiny robot action figure was stored. 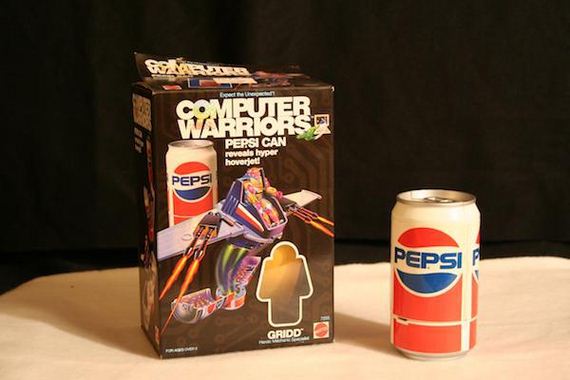 Barnyard Commandos (1988)
It’s like G.I. Joe if G.I. Joe and COBRA were pun-loving farm animals. Thanks to a military experiment that tainted animal feed, a bunch of pigs became P.O.R.K.S. (Platoon of Rebel Killer Swine) and some sheep became R.A.M.S., or Rebel Army of Military Sheep. 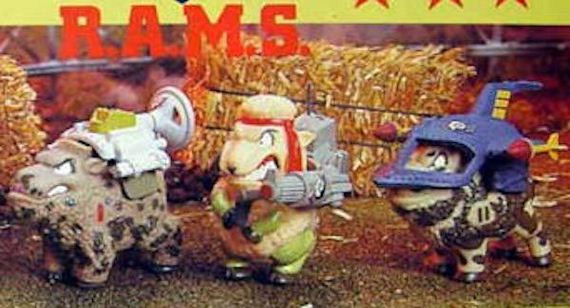 Army Ants (1987)
They were brightly-colored oversized bugs—an orange contingent, and a blue contingent—with names like Rambant, Bullseye, Warpo, and Blitz Kreig. And they had lots and lots of guns and other weapons. 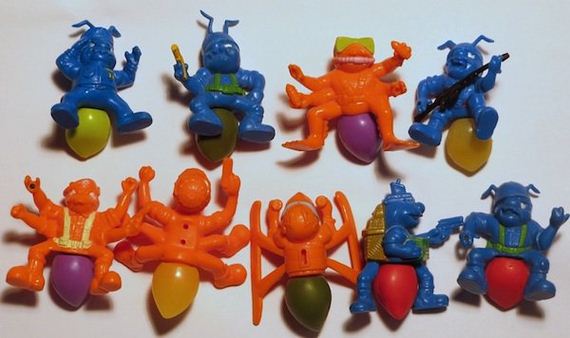 Ring Raiders (1989)
In the distant year of 1998, the Skull Squadron are some pilots who use their ability to time travel to try to take over the world, while the good-guys of Justice try to stop them. At least, that’s what the cartoon said. The actual toys were just some planes glued to plastic rings that kids put on their fingers. 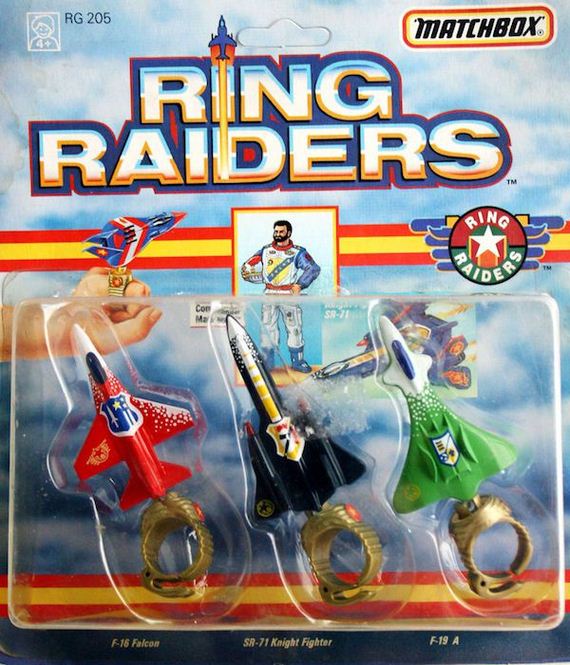 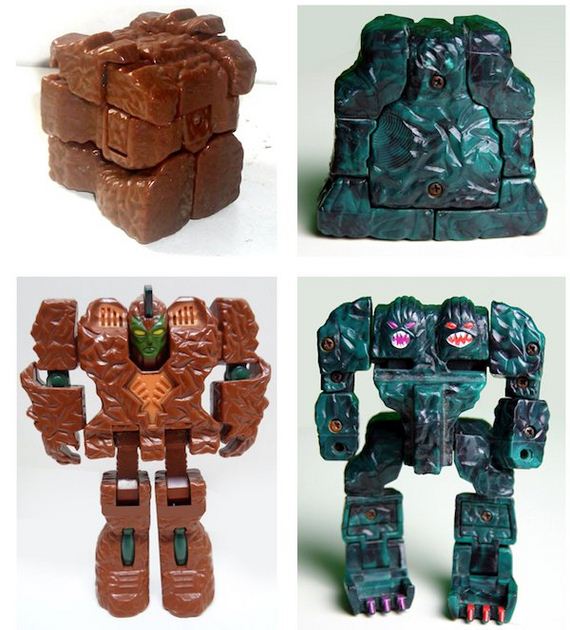 Sectaurs (1985)
It was a line of cowboy and horse-type toys, except that they came from a distant called called Symbion, and the cowboys were human-insect hybrids who used a telepathic link to control not their horses, but hideous, furry, horse-sized bugs. 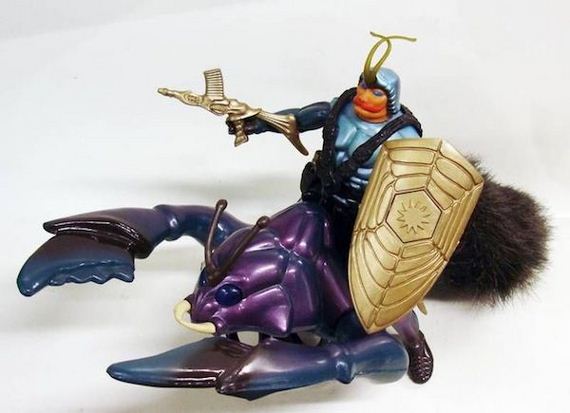 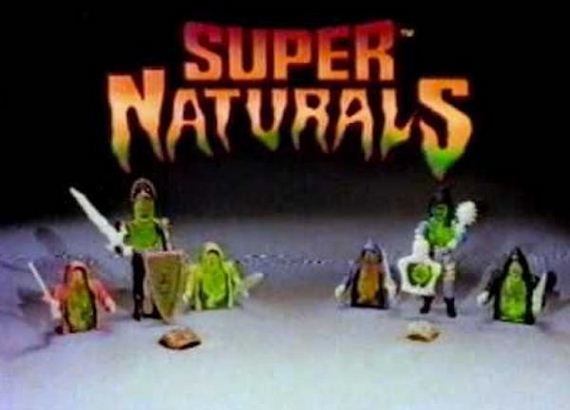 Visionaries (1987)
At almost the exact same time that Super Naturals were released, Hasbro unveiled Visionaries, a line of action figures who had holograms on their chests, not their shields. 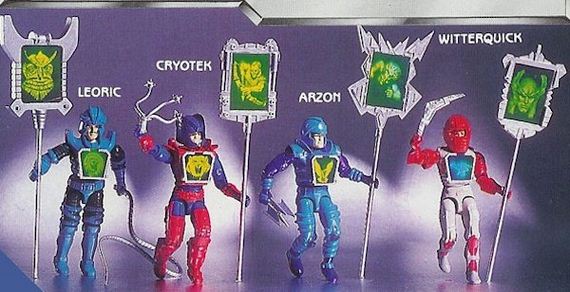 Food Fighters (1988)
Junk food favorites have to come to life to wage war against one another for domination of a refrigerator. Who would emerge victorious? The Kitchen Commandoes—which included Private Pizza, Sgt. Scoop (ice cream), and Lt. Legg (a fried chicken drumstick)—or the Refrigerator Rejects, led by rogue hot dog Mean Weener? 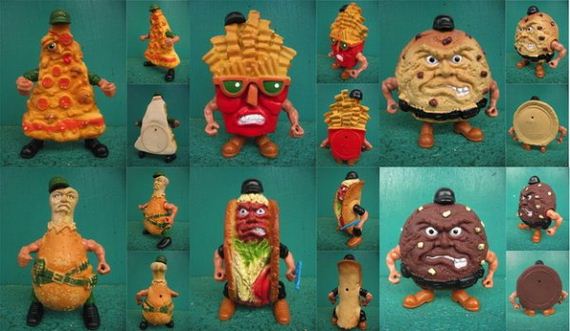 Golden Girl and the Guardian of the Gemstones (1984)
Not to be confused with the girl-oriented He-Man spinoff She-Ra: Princess of Power, or The Golden Girls, the beloved sitcom of the same era, it was about a punch of strong female warriors protecting their homeland of Argonia from the forces of evil. 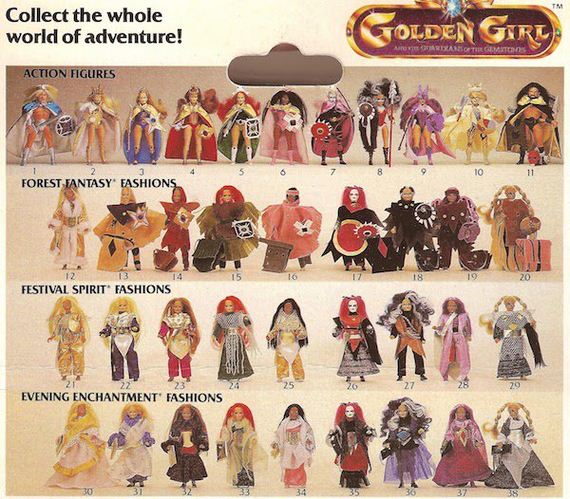