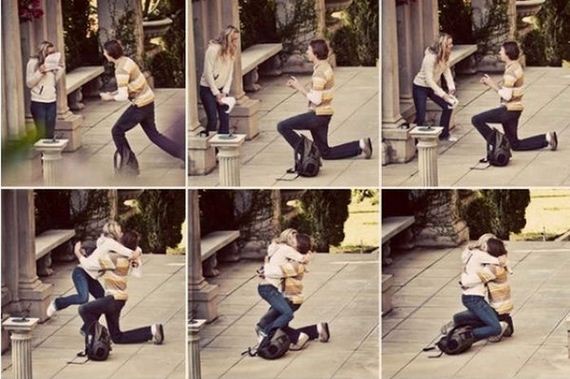 These pictures will make you believe that true love exists.

These photos of Ahmad and Fatima, a young married couple who, despite Ahmad having no arms and Fatima having no legs, take care of each other: 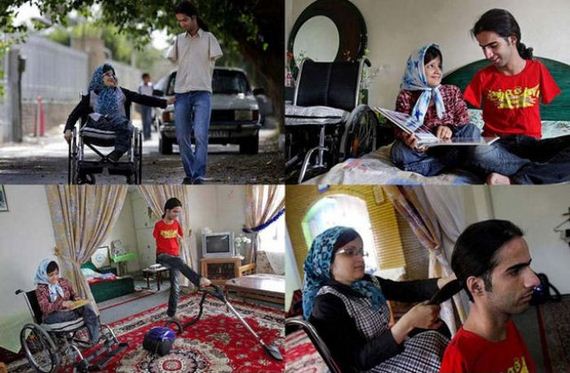 The man who is teaching his girlfriend the alphabet after she lost her memory: 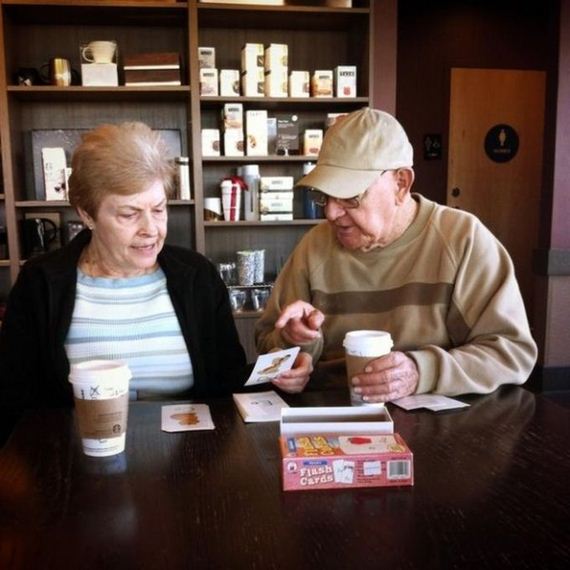 “Patience, love, and understanding at its finest.”
The parents who tattooed insulin pumps on their bellies so their diabetic son wouldn’t feel “different”: 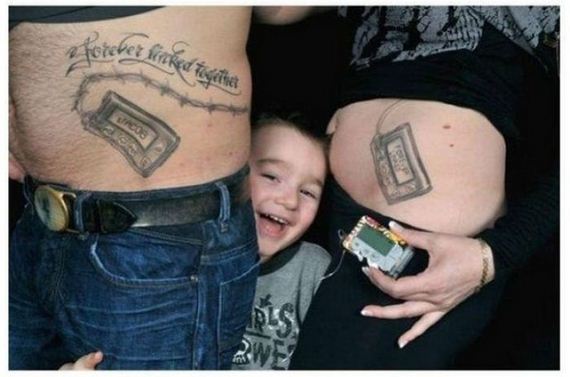 The moment one of the first/coolest samex couples married in Washington: 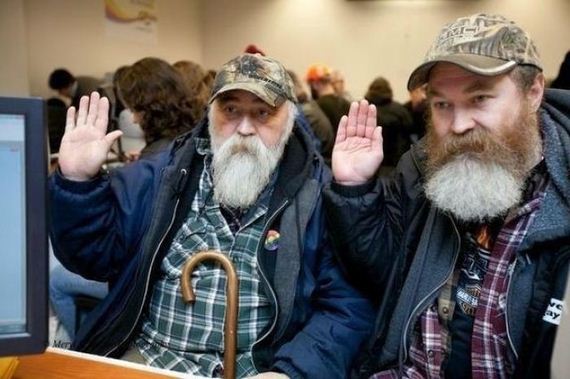 This picture of a soldier and his boyfriend reunited: 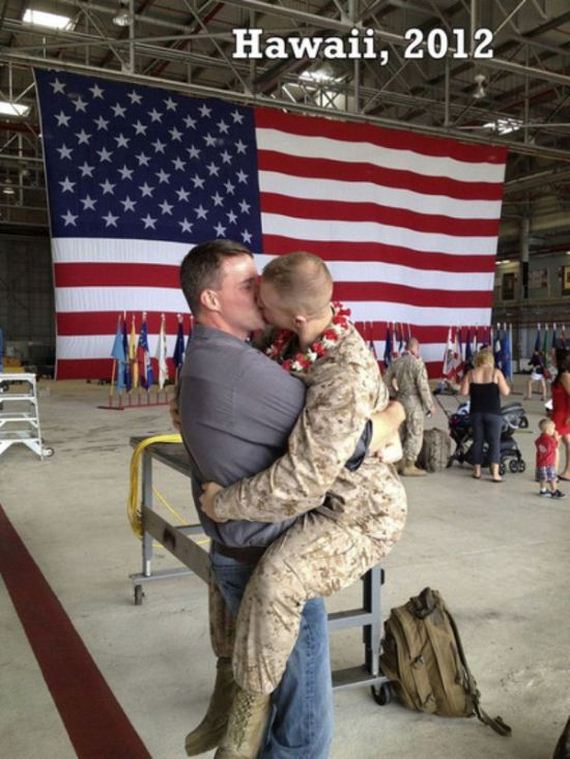 This picture of a California National Guardsman hanging out the window of his train, kissing his wife good-bye in 1950: 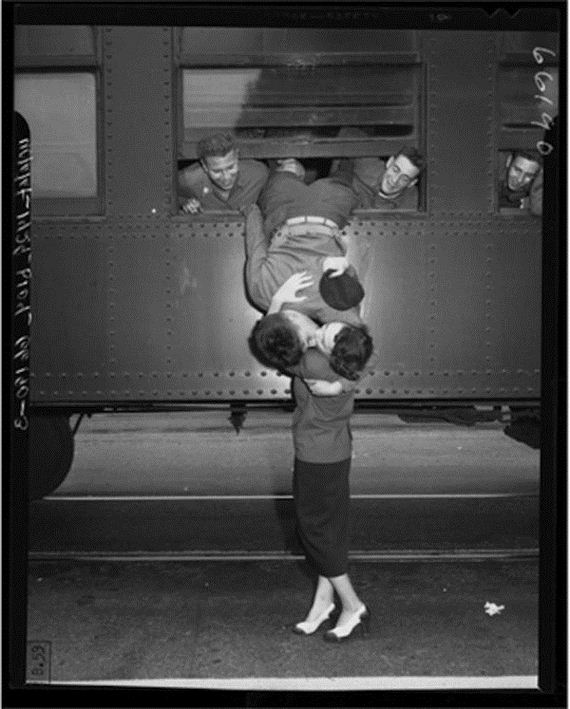 A man trying to find a kidney donor for his wife: 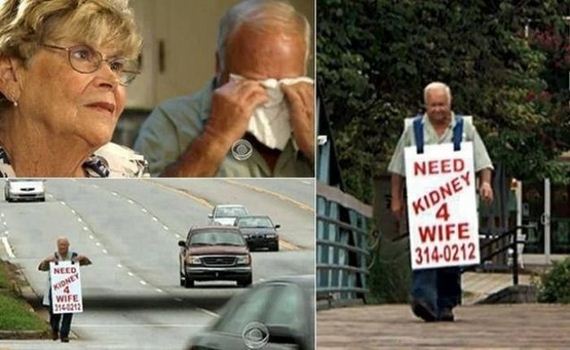 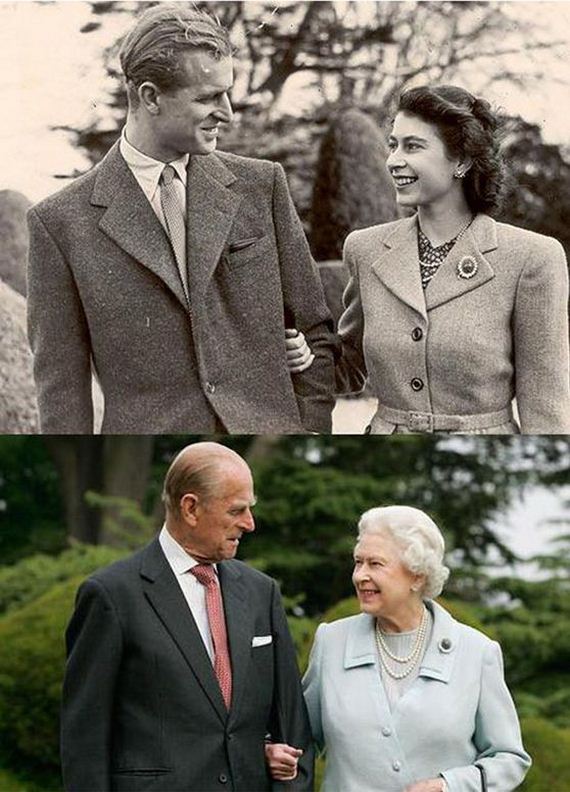 It was love at first sight after they met at 13 years old and married just a short eight years later.
Louis Armstrong playing for his wife in Giza, 1961: 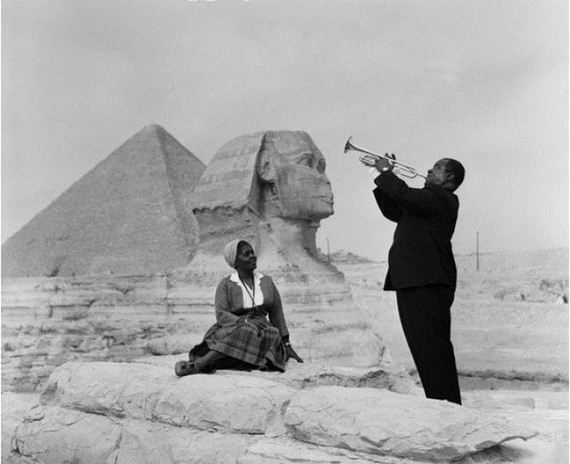 The story of the couple that stuck together against all odds:

These photos of grooms seeing their brides for the first time:

This photo of Norma and Gordon Yeager: 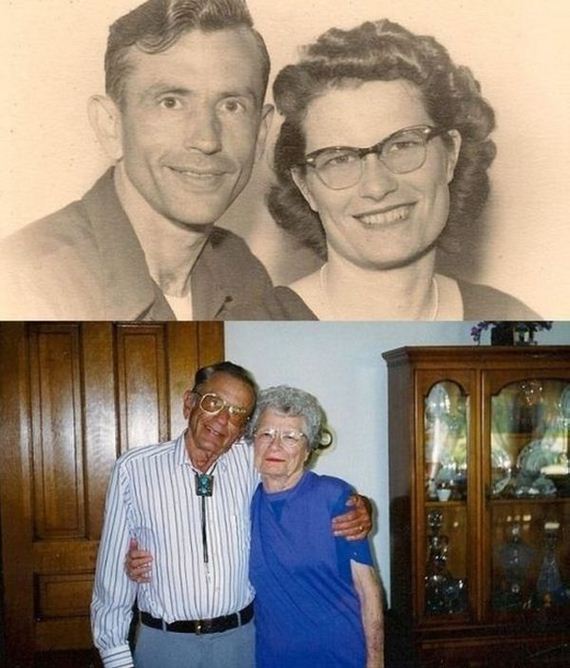 After 72 years of marriage, Norma and Gordon Yeager died in the hospital within one hour of each other. They died holding hands.
This photo of Marine Isiah Beauchamp’s surprise proposal to his girlfriend at their old high school: 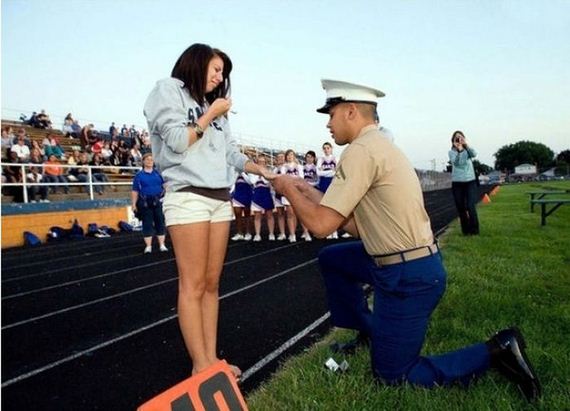 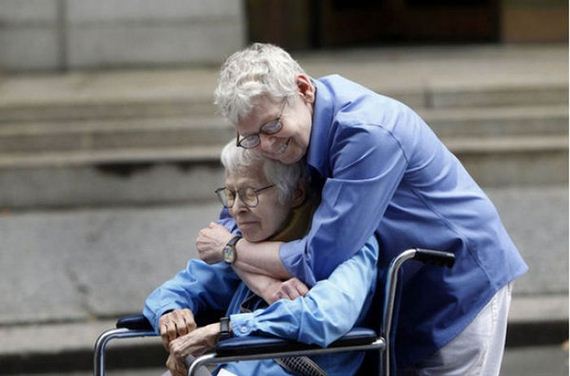 This note from Nate’s dad: 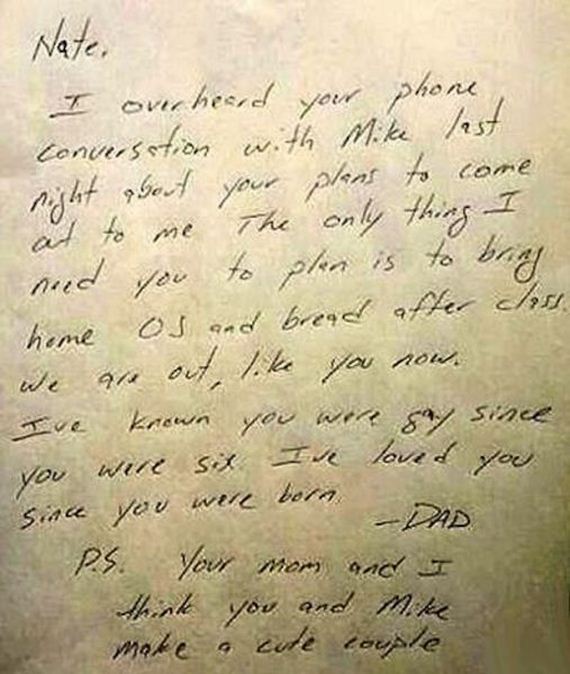 “Nate,
I overheard your phone conversation with Mike last night about your plans to come out to me. The only thing I need you to plan is to bring home OJ and bread after class. We are out, like you now. I’ve known you were gay since you were six. I’ve loved you since you were born.
P.S. Your mom and I think you and Mike make a cute couple.”
All of these photos: 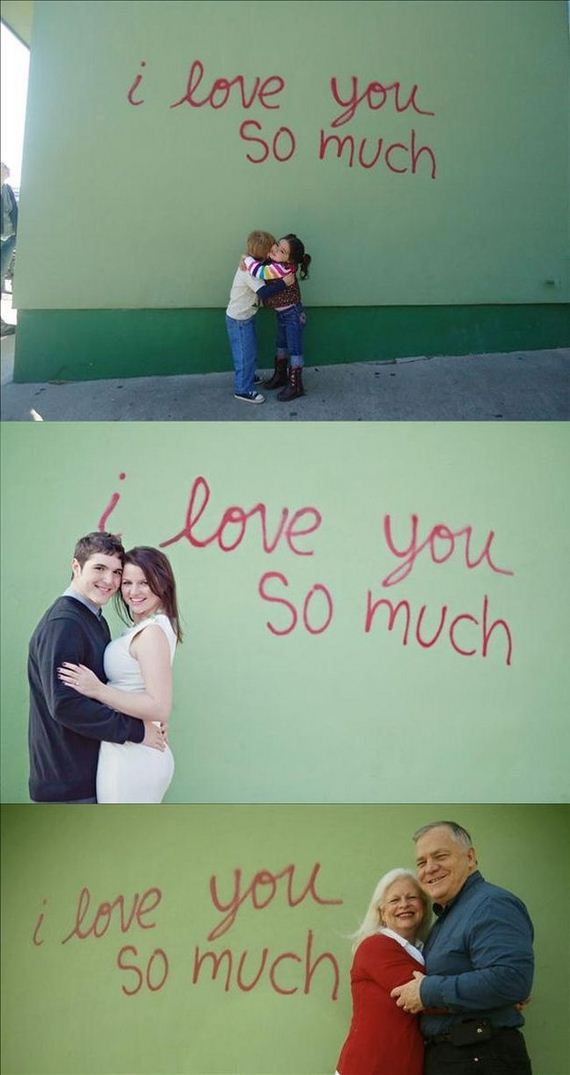 A man looking back on the times he spent with his wife on this bench: 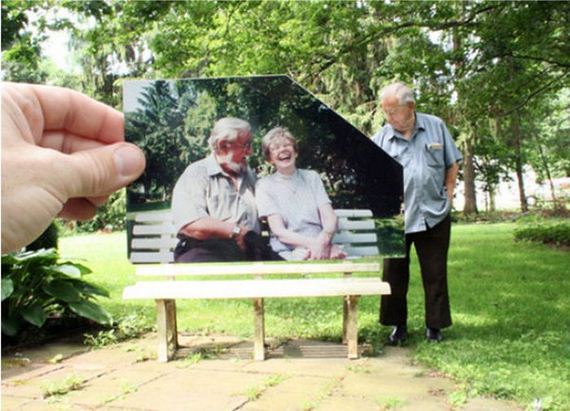 The couple that made it through high school alive: 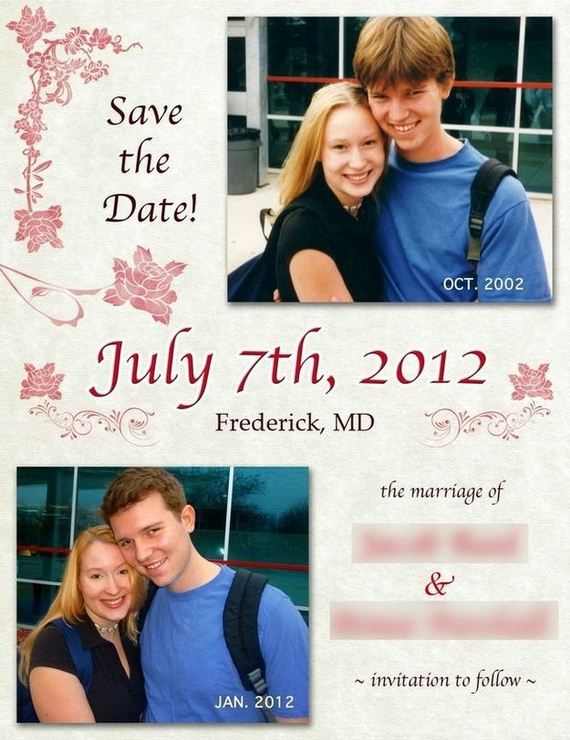 This little girl’s note to her veterinarian: 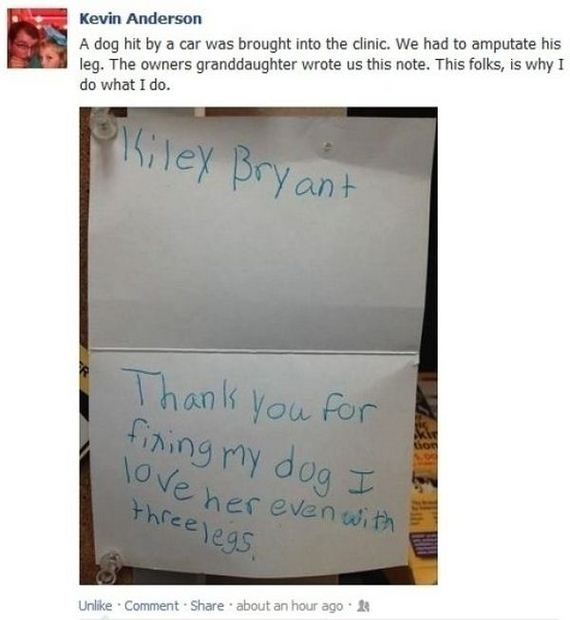 The couple who always had their wedding outfits hanging together: 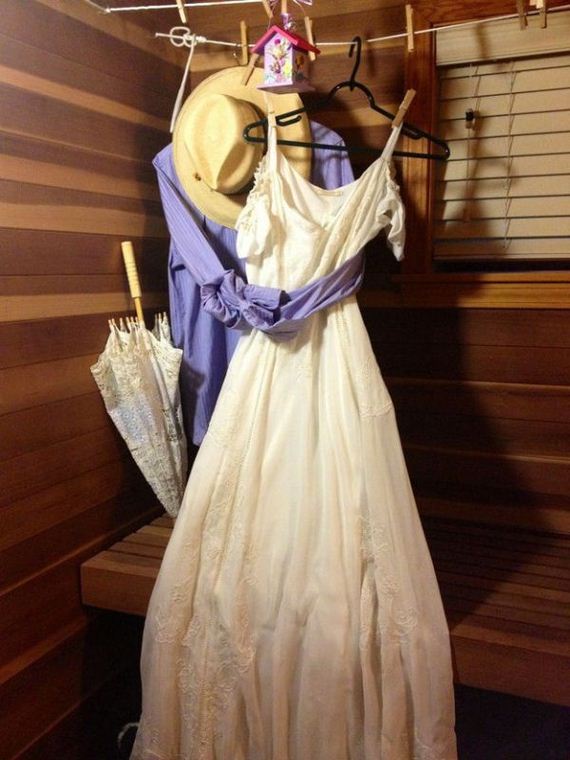 “My grandpa passed away a few months ago. I visited his house today for the first time since and his wife has their wedding outfits hanging like this in their house.”
The woman whose husband passed away but whom she still has lunch with every day: 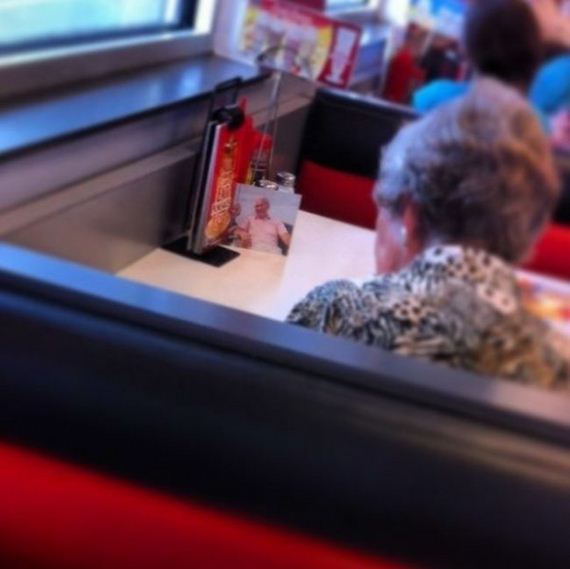 The man who comforts the old dog that saved his life: 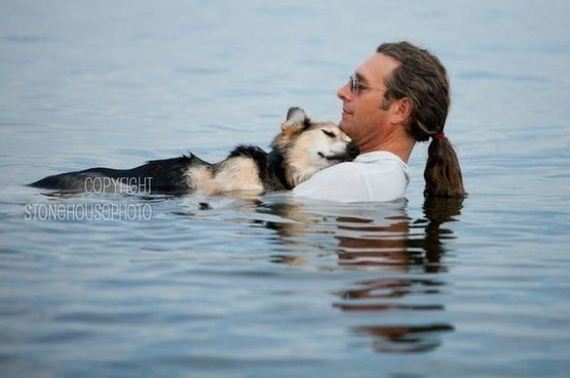 When John Unger had suicidal thoughts after a breakup, it was his dog Shoep who brought him back from the brink. This photograph shows Unger cradling his friend in lake Superior to soothe the dog’s arthritis.
60 years of being by each other’s side: 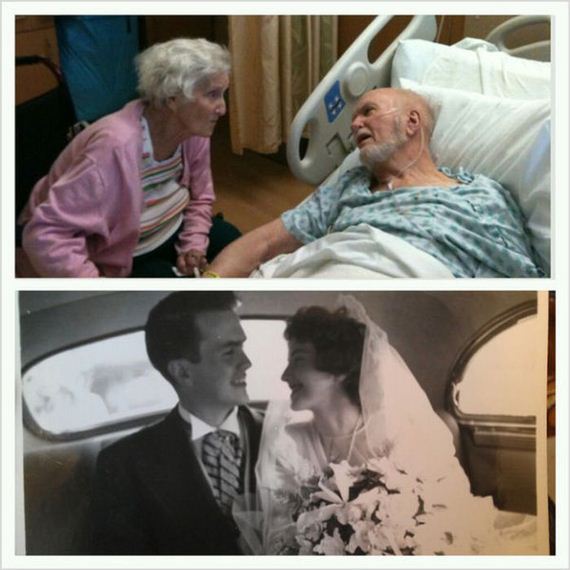 And, of course, this picture: 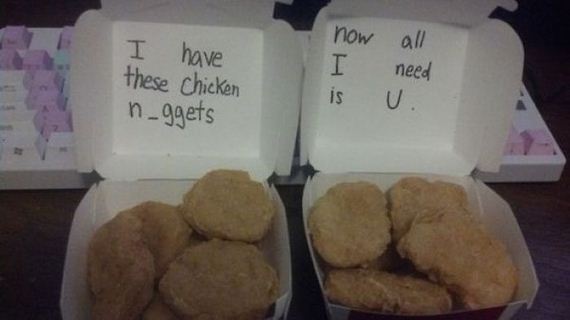 Previous Save Money While Travelling
Next Funny and Interesting Car Photos