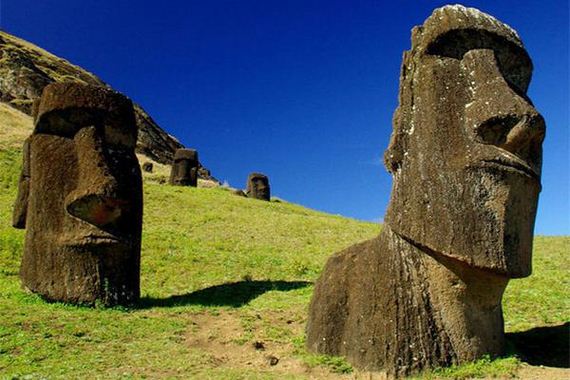 Easter Island’s monumental stone heads are well-known, but there’s more to the story: all along, the sculptures have secretly had torsos, buried beneath the earth. 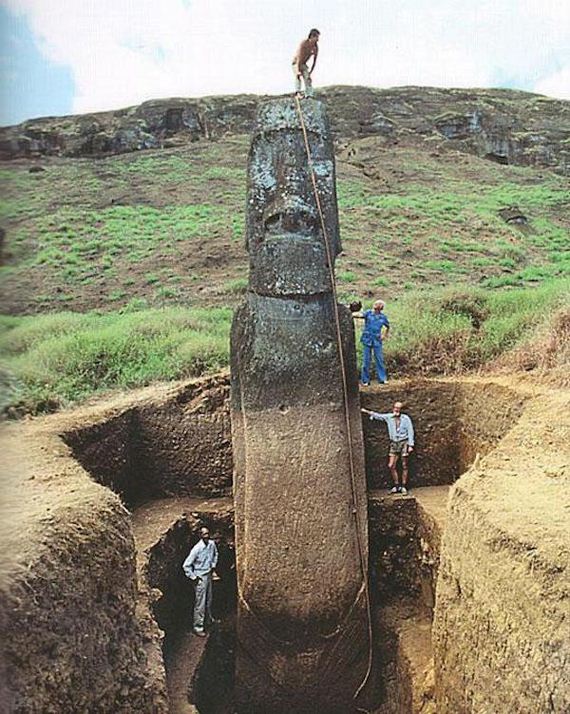 Archaeologists have documented 887 of the massive statues, known as moai, but there may be up to as many as a 1,000 of them on the island. 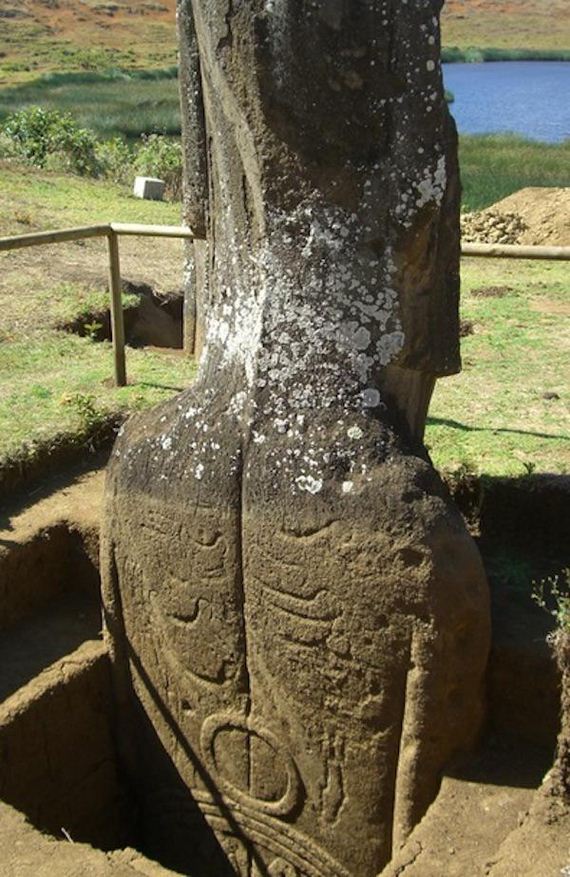 What do these uncovered hieroglyphics mean? 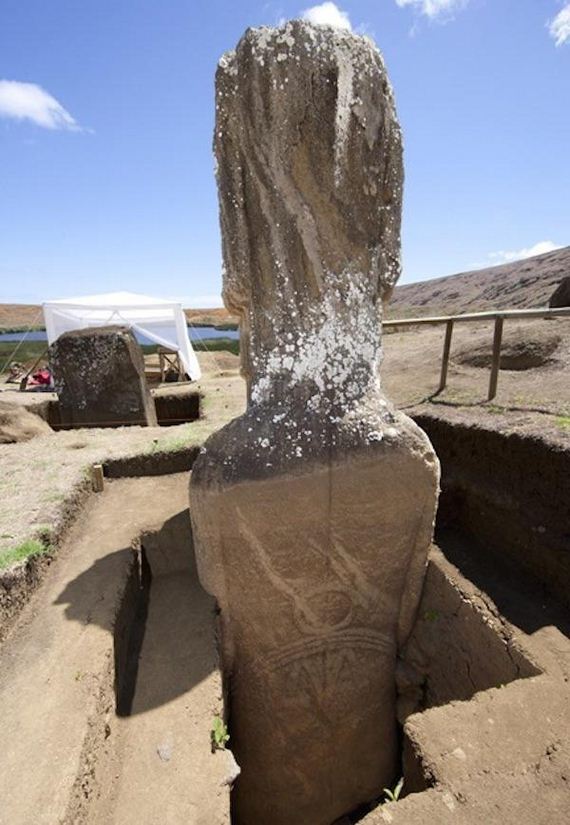 The giant statues weigh up to 13 tons. 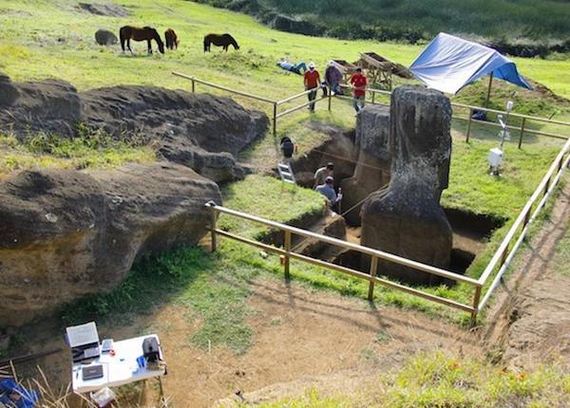 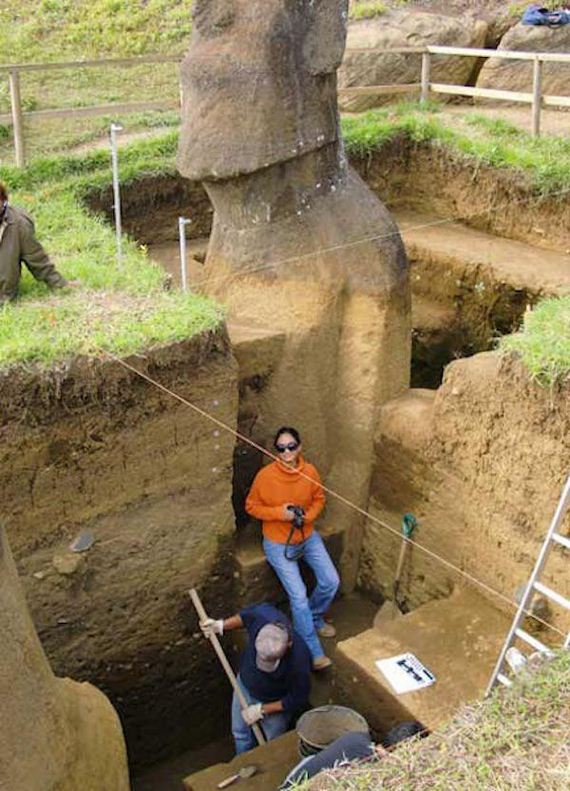 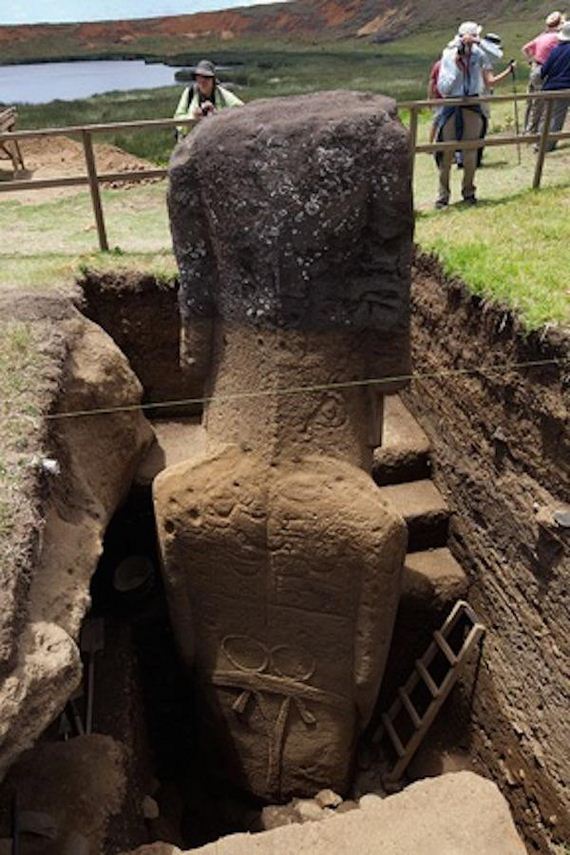 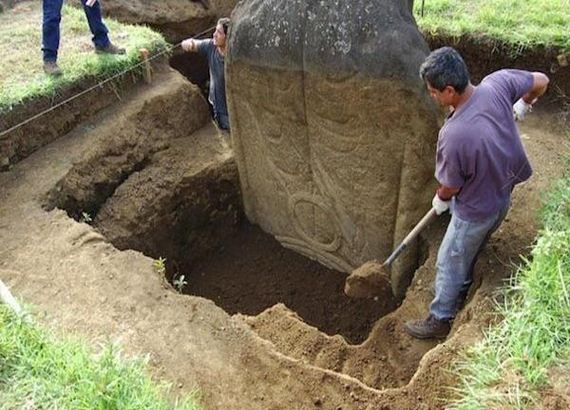 The statues reveal their creators to be master craftsmen and engineers, and are distinctive among other stone sculptures found in Polynesian cultures. 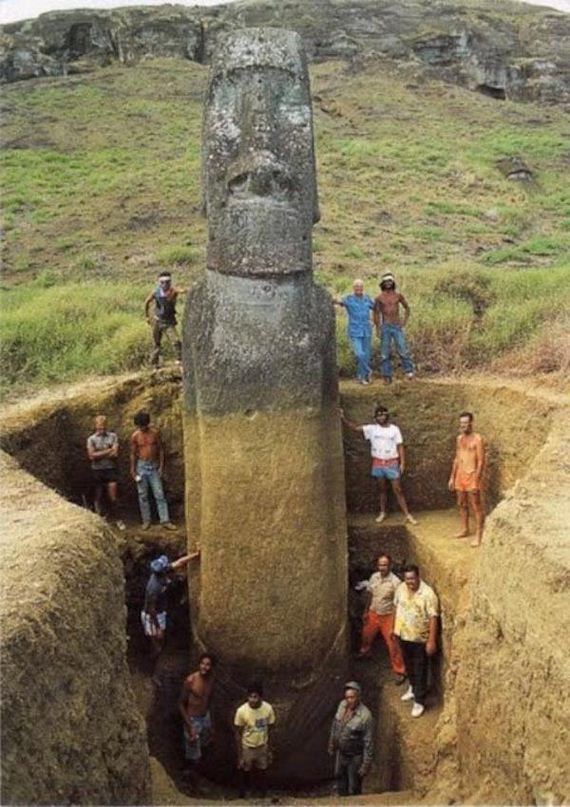 There has been much speculation about the exact purpose of the statues, the role they played in the ancient civilization of Easter Island and the way they may have been constructed and transported. The History channel took a crack at moving one sculpture…

What purpose do you think all these statues serve? That’s the million dollar question.

Previous 80’s toys that went for a small fortune on ebay
Next Get low, get dirty, and have yourself a good time