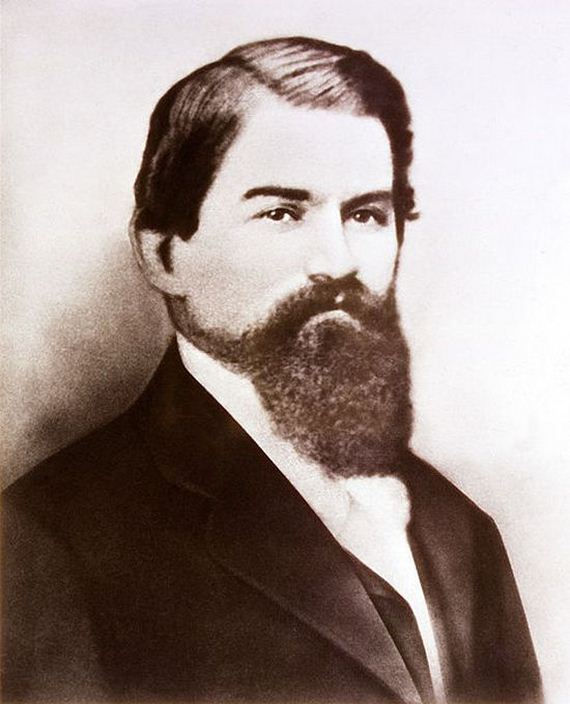 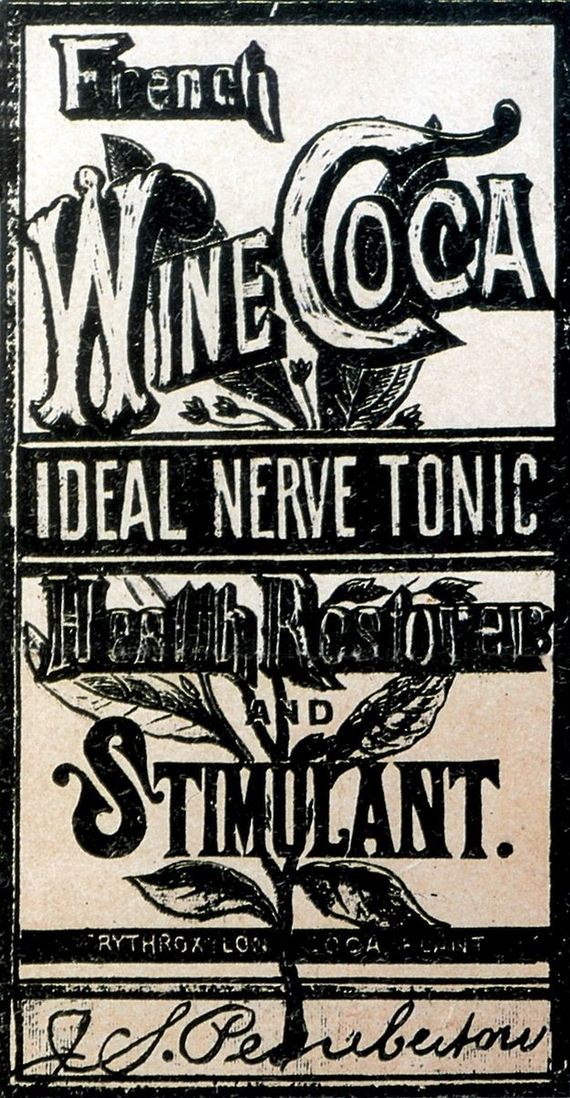 The original Coca-Cola prototype was both alcoholic and coked-up
In 1885, Pemberton began marketing a beverage called “Pemberton’s French Wine Coca,” a mix of coca, kola nut, and damiana (a flowering shrub that has anti-anxiety and aphrodisiac qualities). 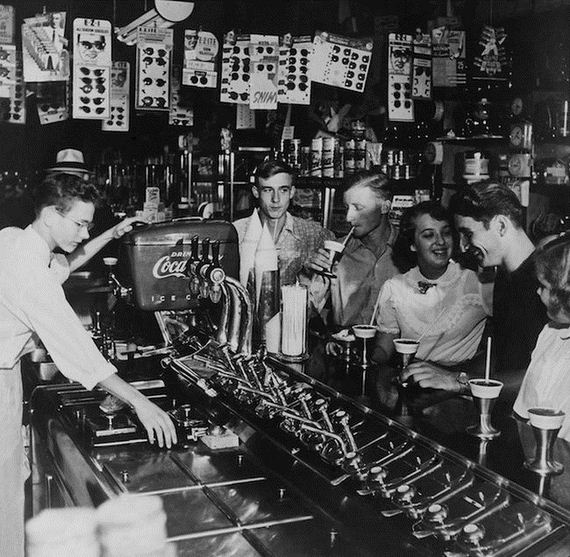 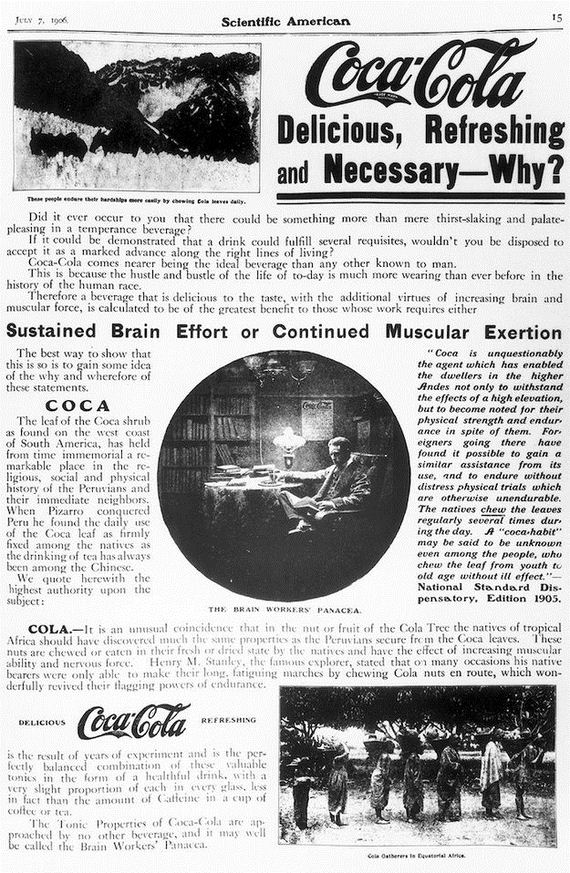 Coke was originally marketed as a cure to many ailments including low sexual libido
Pemberton was forced to take the alcohol out of his original coke wine formula due to prohibition laws, but he first touted that version as “a most wonderful invigorator of sexual organs.” Once he launched Coca-Cola, he called the drink a “Brain Tonic” and “temperance drink” (anti-alcohol), saying it cured headaches, anxiety, depression, indigestion, and addiction. 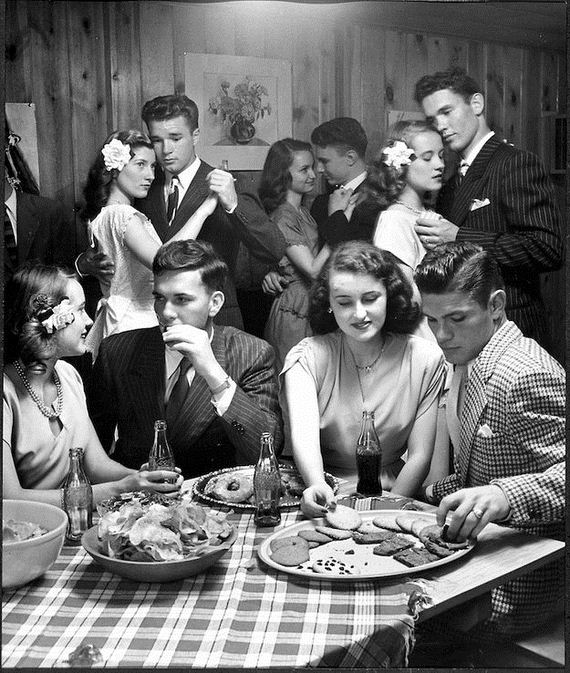 Cocaine was removed from the drink in 1903
But guess what — cocaine was still legal at that time. It wasn’t outlawed until 1914. 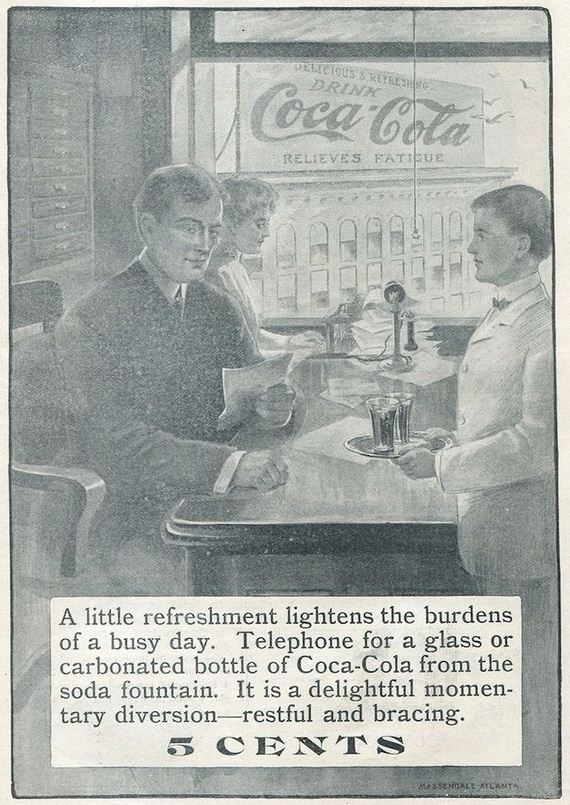 It originally cost five cents a glass
Roughly the equivalent of $1.26 today. 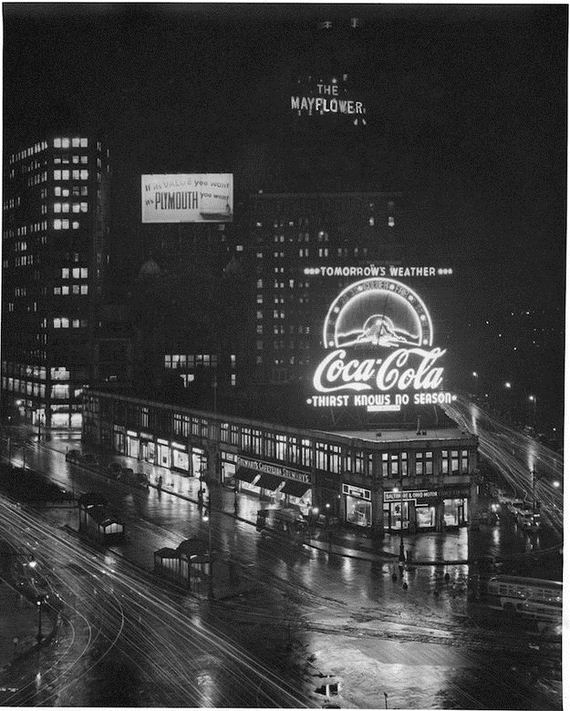 Coca-Cola has always been creative with advertising, so much so that some think they shaped the public’s vision of Santa Claus
Some notable advertising and marketing facts:
– From the beginning, Coca-Cola employed successful strategies such as creating non-Coke products like calendars and clocks and using pretty female spokesmodels.
– Norman Rockwell created art for Coke ads.
– In the 1930s, Coke created Christmas ads, depicting a jolly, red-suited Santa and although other depictions of Santa were part of pop culture history, Coke had a huge role in shaping our image of St. Nick.
– In the 1980s, the company attempted a “Coke in the Morning” campaign to try to win over coffee drinkers. 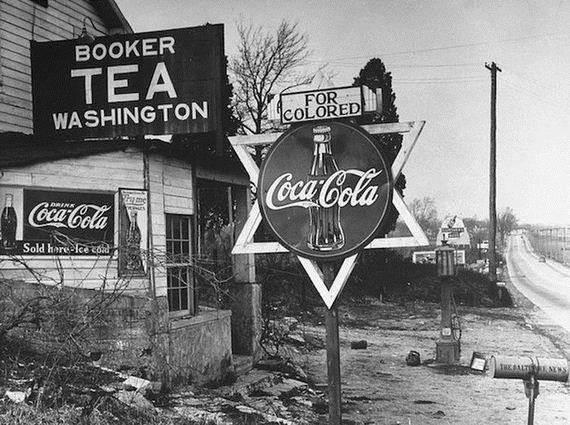 Coke has had a role in race relations
In 1899, Coca-Cola became available in bottles as well as soda fountains, which means that there was a shift in consumer demographics. Explains The Atlantic, “minorities who couldn’t get into the segregated soda fountains suddenly had access to it.” It’s suggested in a New York Times article that the removal of cocaine from the formula was sparked by racial tensions: “Southern newspapers reported that “negro cocaine fiends” were raping white women, the police powerless to stop them. By 1903, [then-manager of Coca-Cola Asa Griggs] Candler had bowed to white fears (and a wave of anti-narcotics legislation), removing the cocaine and adding more sugar and caffeine.”
Coke was also present during the Civil Rights movement. In the ’50s, soda fountains were at the height of their popularity, with Coke being a main component of this. However, establishments like fountains were still often segregated. Activists including Martin Luther King would often stage sit-ins at Cokelling soda fountains. 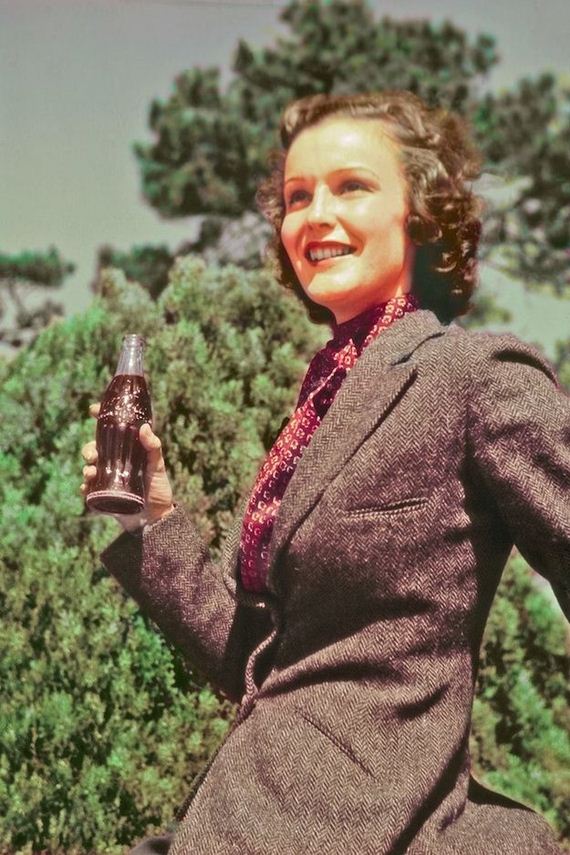 Coke invented the 6-pack
In 1923, the company began selling bottles in packages of six, which became common practice in the beverage industry.