“Crown-wearing worshippers clutching AR-15 rifles drank holy wine and exchanged or renewed wedding vows in a commitment ceremony at a Pennsylvania church on Wednesday, prompting a nearby school to cancel classes.” 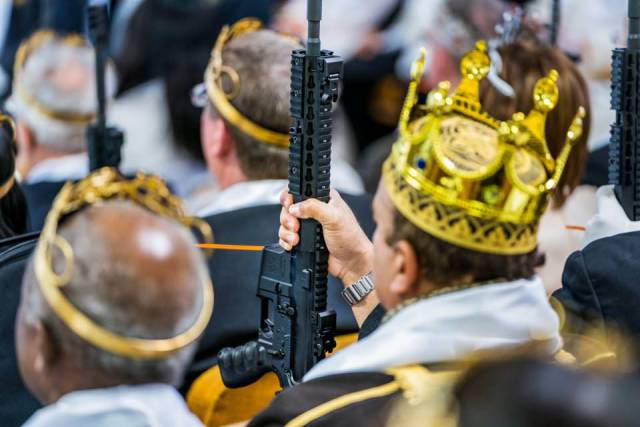 “The church, which has a worldwide following, believes the AR-15 symbolizes the “rod of iron” in the book of Revelation, and encouraged couples to bring the weapons.” 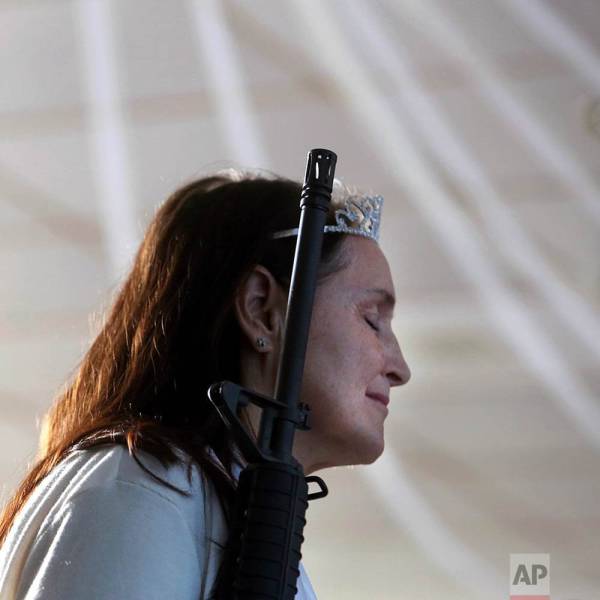 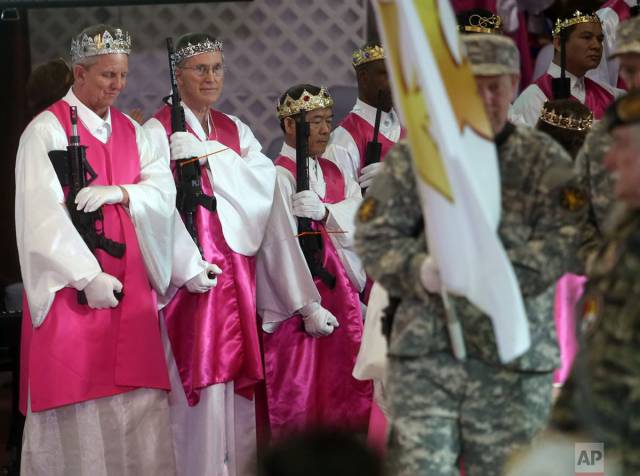 Tim Elder, Unification Sanctuary’s director of world missions, told worshippers the ceremony was meant to be a blessing of couples, not “inanimate objects,” calling the AR-15 a “religious accoutrement.” 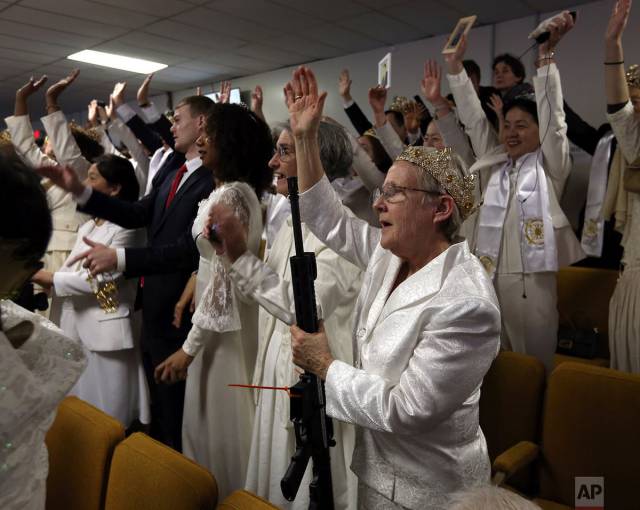 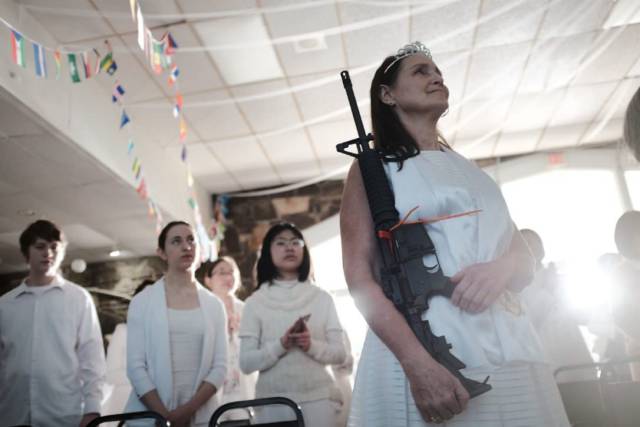 Sreymom Ouk, 41, who attended the ceremony with her husband, Sort Ouk, and came with their AR-15, said the weapon is useful for defending her family against “sickos and evil psychopaths.” 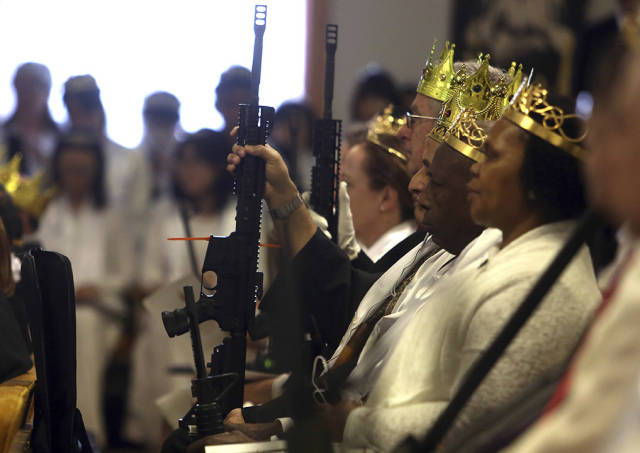 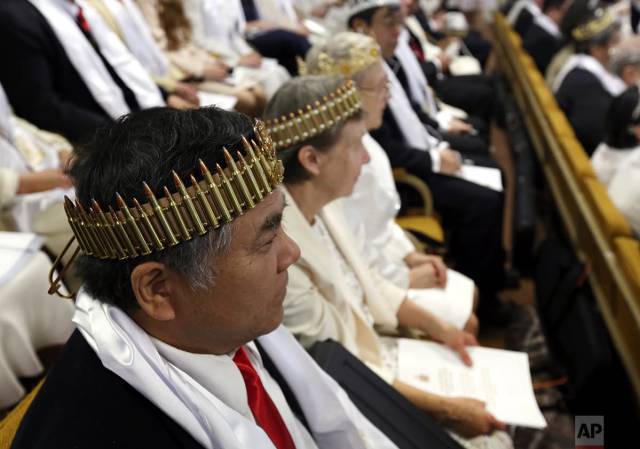 And the Lord said “lock and load bitches”