What Are The Biggest Fish Ever Caught At Sea?

If you are a fisherman, then you know that the thrill of the catch is what keeps you coming back for more. But what if you could catch the biggest fish in the sea? That would be something truly special! 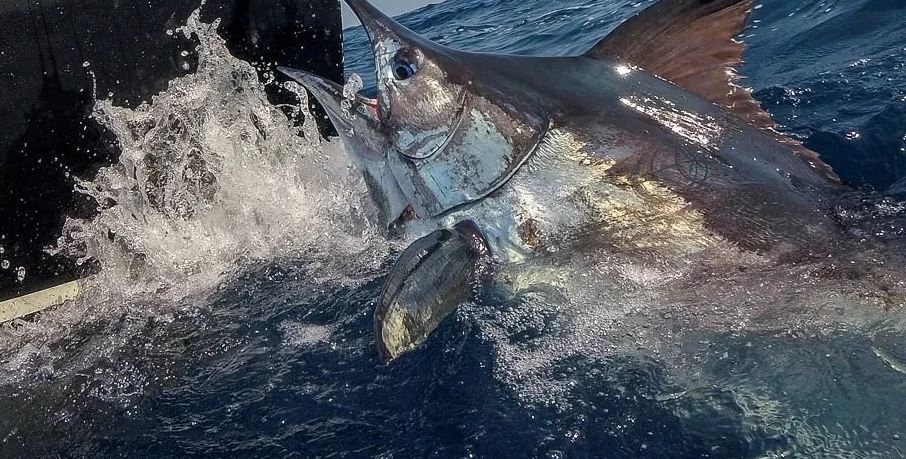 In this blog post, we will look at some of the types of biggest fish ever caught at sea and what the current records are. We will also discuss how to go about catching them yourself.

What are the biggest types of fish possible to catch?

The first fish on our list is the bluefin tuna. This massive fish can weigh in at over 1000 pounds! Bluefin tuna are found in all the world’s oceans, but they are most commonly caught off the coast of Japan. If you are looking to catch a bluefin tuna, you will need to use a heavy-duty fishing rod and reel. They are also fast swimmers, so you will need to be quick with your line.

Next up is the giant sea bass. These massive fish can grow to be over six feet long and weigh over 400 pounds! Giant sea bass are found in both the Atlantic and Pacific Oceans. In fact, sea bass are among some of the most popular fish in the world, as there have been a number of games to have taken inspiration from this creature including the Big Bass Bonanza title, whilst many others like to eat it. To catch one of these giants, you will need a large boat and a lot of patience. They are known to be very shy fish, so it may take some time before you finally reel one in.

Last on our list is the whale shark. These gentle giants are the largest fish in the sea, with some having the ability to weigh in at an impressive 20 tons! Whale sharks are found in tropical waters all over the world. If you are lucky enough to spot one while out fishing, be sure to use a very large net!

What are some of the record catches?

There have been some awe-inspiring catches to have been recorded, with some of them being extremely difficult to even believe!

According to records, Alfred Dean is the individual who holds the IGFA world record when it comes down to having the largest catch to ever be recorded. Of course, when you can catch a white shark, it is perhaps hard to find another fish to catch that is bigger! The creature that was caught weighed a whopping 2,664 pounds and, perhaps more impressively, took him just 50 minutes to catch in Ceduna, Australia, on April 21, 1959.

That record has stood ever since, and it looks very unlikely to ever be smashed, although Kevin James Clapson gave it a good go in 2004. On March 4, he was fishing just off of Ulladulla, Australia, where he managed to catch a tiger shark that weighed 1,785 pounds and 11 ounces. Clapson does, though, hold the all-tackle world record for this catch.

The third-largest catch came courtesy of Terje Nordvedt when he caught the largest ever Greenland shark in Trondheimsfjord, Norway back on October 18, 1987. That particular catch had weighed an incredible 1,708 pounds and 9 ounces!

Fishing is a sport that can be rather rewarding in more ways than one, but there is no bigger reward than being able to catch some of the biggest fish ever whilst out at sea! Indeed, the records that stand are going to be incredibly difficult to break, but there will be many that will make it their life’s work to try and do so!