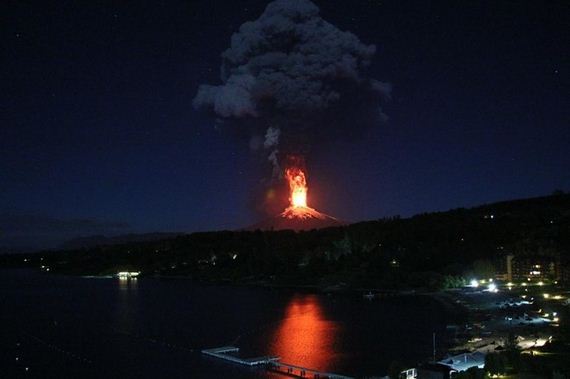 For some people in Chile, a normal evening turned disastrous in the matter of minutes.

Imagine waking up to this terrifying display in the middle of the night…how would you react?

The eruption of Villarrica occurred at about 3 AM local time.

The Villarrica volcano in Chile erupted in the wee hours of March 3rd, spewing ash and lava some 3,300 feet into the air. More than 3,000 people evacuated from the nearby towns of Pucon and Conaripe. The volcano is located about 400 miles south of Santiago, the capital of Chile. 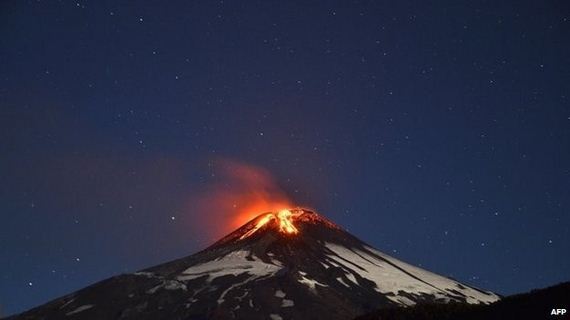 The evacuations, according to the mayor of Pucon, were carried out calmly with no emergencies. After about 20 minutes, the volcanic activity subsided, and no ash or flowing lava was reported near any areas of human habitation.

Villarrica, also known as Rucapillan in the native Mapuche language, is about 9,000 feet high. The summit is a popular hiking spot, especially for those who want to catch a glimpse of the lava lake at its peak. It’s also an active volcano, and its last major eruption was in the mid-1980s. 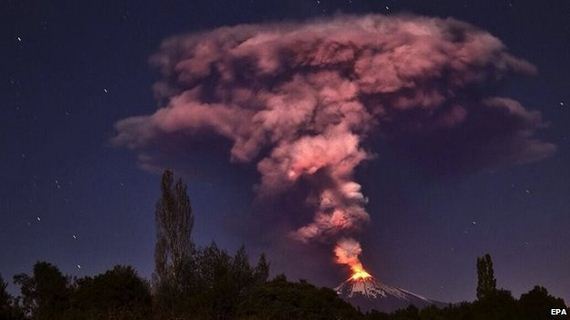 There’s no news yet of when the residents and tourists can return to the area, but for now, it seems Villarrica is quiet. Chilean President Michelle Bachelet announced that she will travel to the area to reassure citizens.

Previous I Added Some Wine Recommendations to the Liquor Store by My House
Next Simple lessons from Dr. Seuss on what would have been his 111th birthday