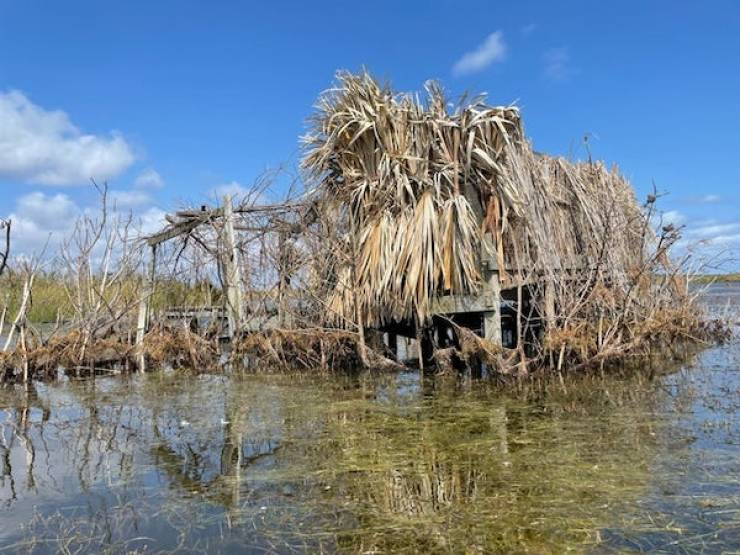 A: “It’s a duck hunting blind” 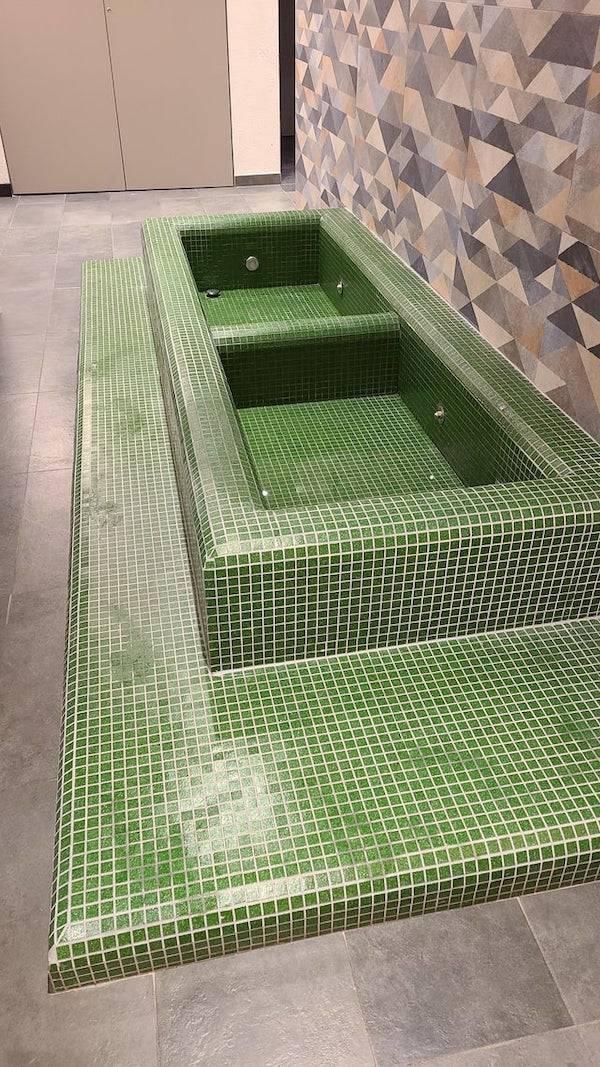 A: “This is very common in Germany, we call it “Wechselbad”. You’re supposed to keep your feet in the warm water first and then quickly put them in the cold water (repeat a few times). This is supposed to help with circulation although I’m not sure if there’s actually scientific evidence for that.”

“20-30lb rectangular tapered steel object with hole that fell from the sky through the roof of a home.” 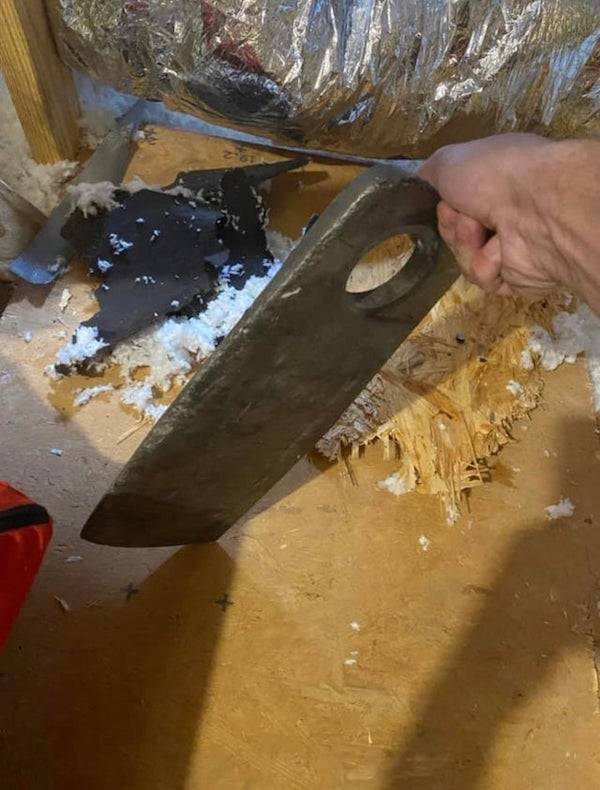 A: “This looks like a brush hog blade. It might have gone airborne while cutting and came down.”

“Heavy metal device that has instructions to set on stove. Handle of the roller appears to have 1880 on it.” 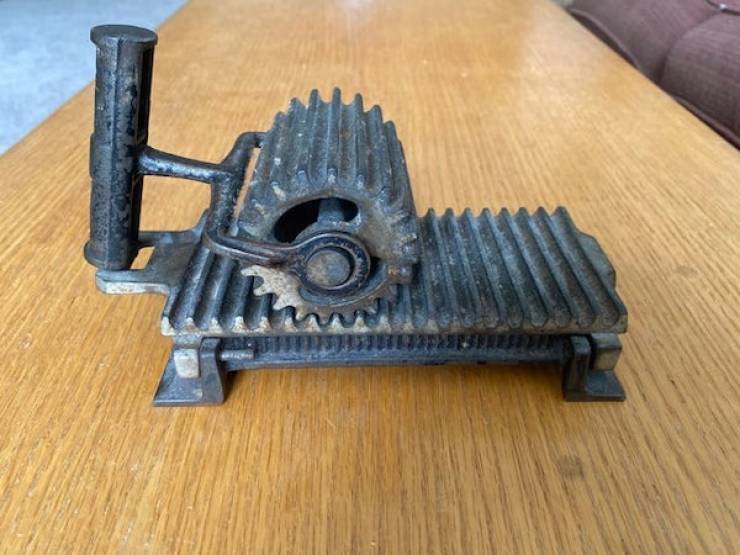 A: “It’s a crimping/fluting iron.”

“What is this thing? I’ve no idea where I came up with it. Not the faintest idea what it MIGHT be. It’s bent out of 2 metal rods coated in yellow plastic with rubber caps on the various ends.” 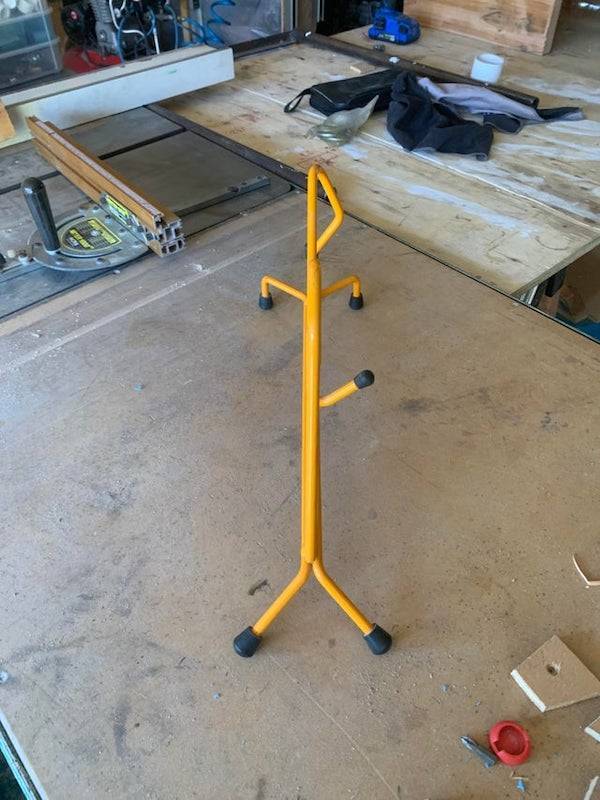 “Found this yellow “button’ in the woods. Didn’t fancy picking it up. My little one suggested it might open a secret entrance somewhere! Judging by the moss it had been there a while. It’s about 3 inches square.” 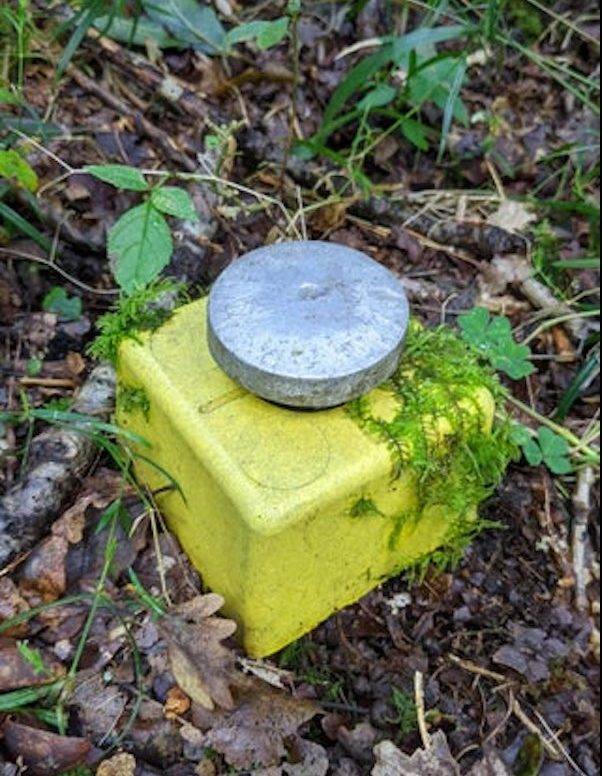 “Found this in a kitchen utensil box at a thrift store. Any idea what this oddly beautiful object is for?” 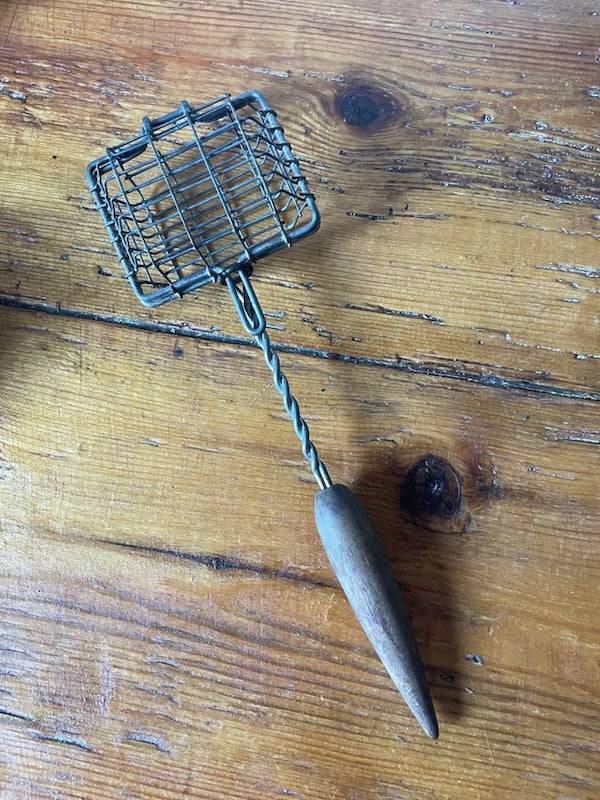 A: “It’s for grilling on a BBQ or fire. The food goes inside and can then be turned easily by flipping the whole thing over.”

“This badge passed through several generations” 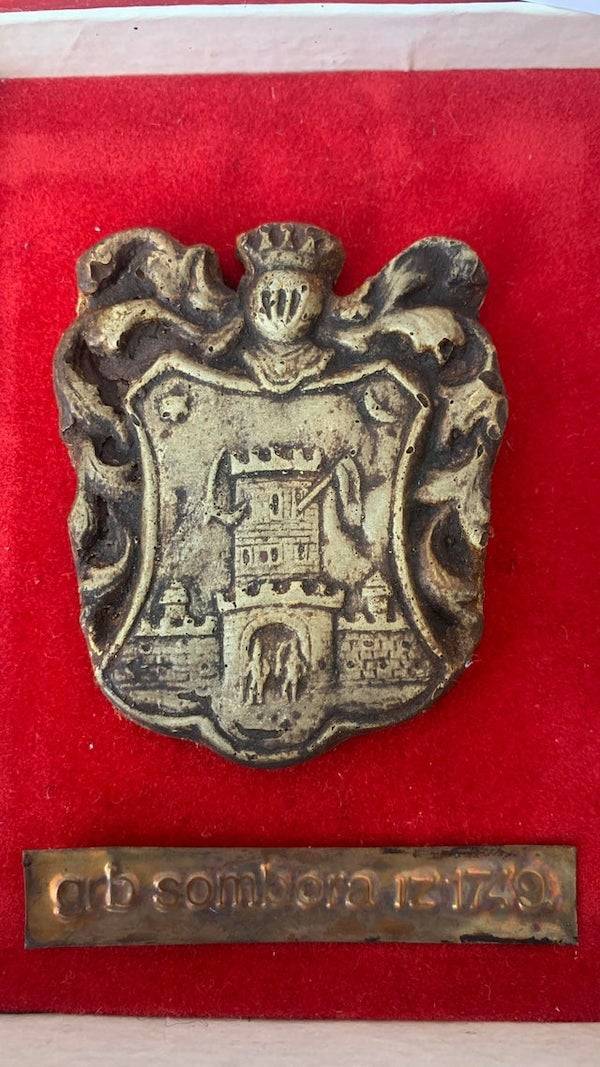 A: “It’s the coat of arms of the city „Sombor“ in northern Serbia”

“A “knick knack” with some kind of instrumental quality. Found at a thrift store.” 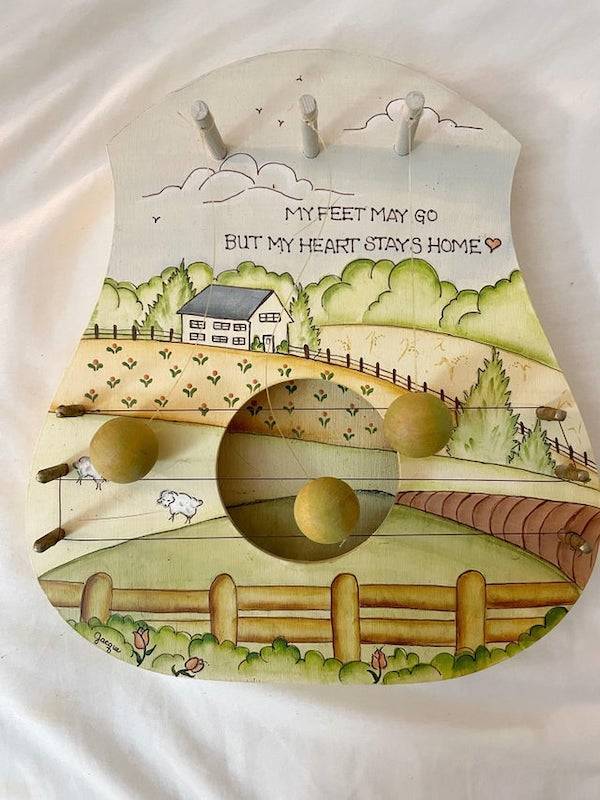 A: “I’ve seen those sold as door chimes. The balls tap on the strings as the door is ope or shut.” 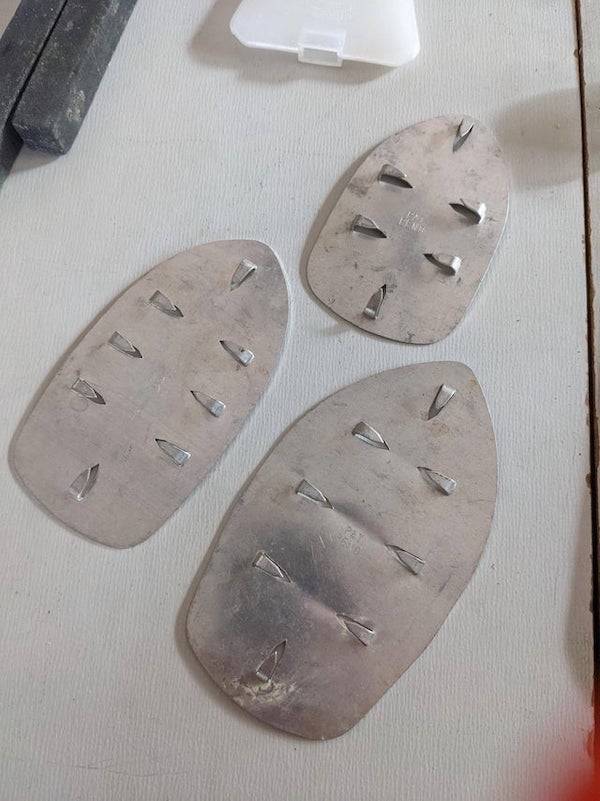 A: “They are turkey plates. You stuff your turkey, then put the plate in at the opening. The cutouts are to catch the skin, which holds the plate in place. My mother got a set for her wedding in 1957, and we used them every Thanksgiving.” 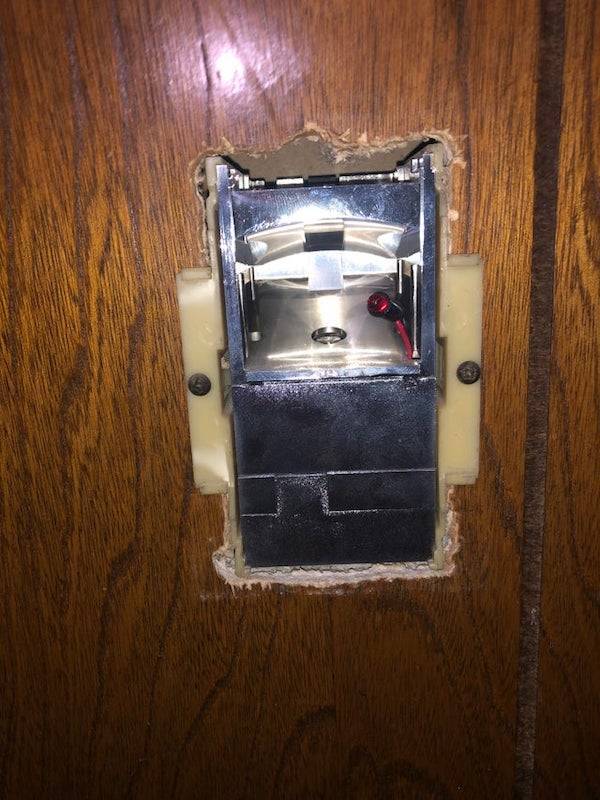 “What are these holes near the roof of this old coach house?” 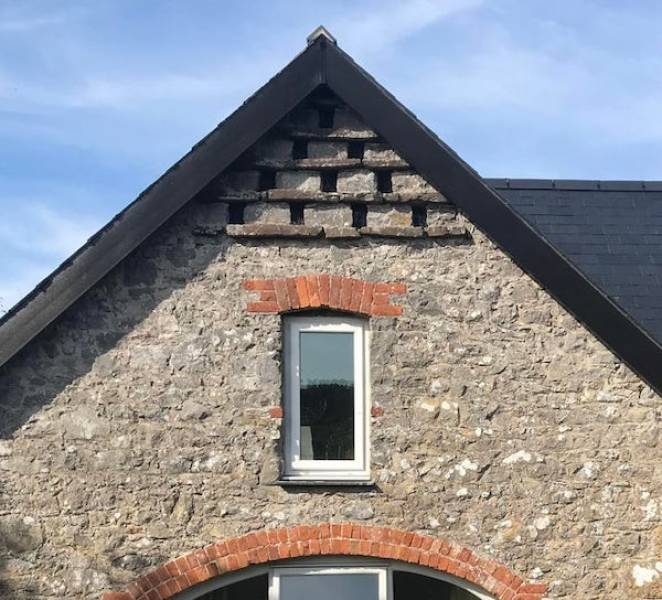 “This shallow bath looking thing in the basement of an old house about to be demolished. Directly under the stairs in a large open carpeted room. House is roughly 1960s and in Canada.” 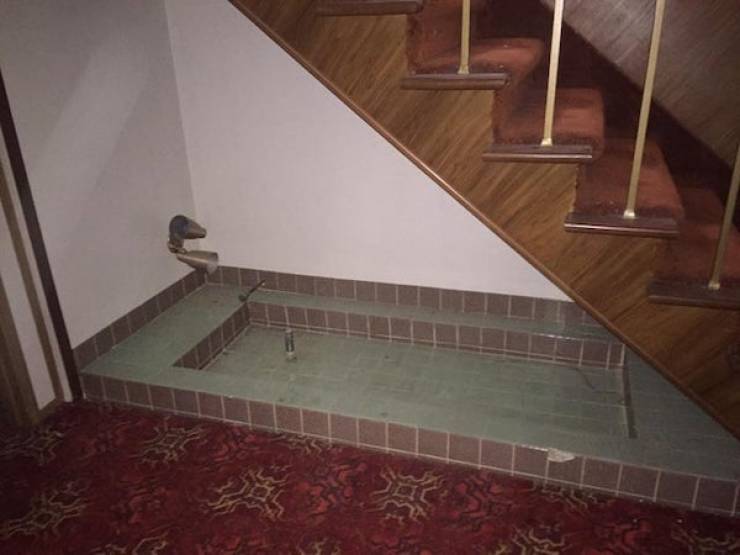 A: “It’s a fountain. Probably had ornaments and little statues in there too.” 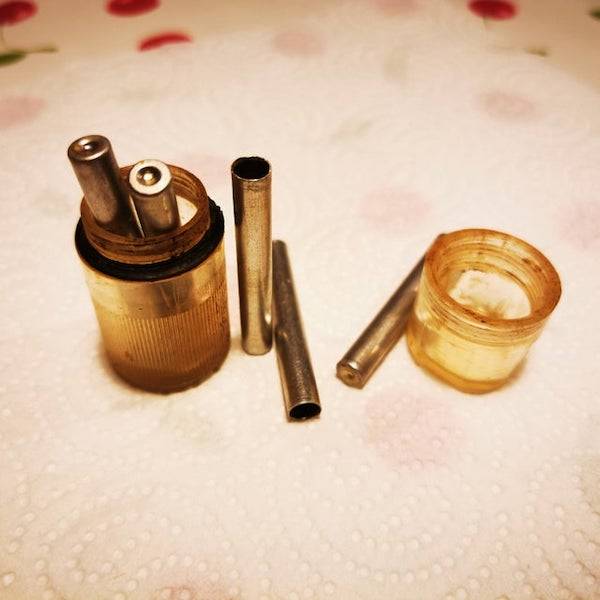 A: “These are old blasting caps.”

“Unknown piece of furniture with tap and pump. The top containing the handle and tap don’t connect to the cupboard below. Handle doesn’t move and can seem to open the top.” 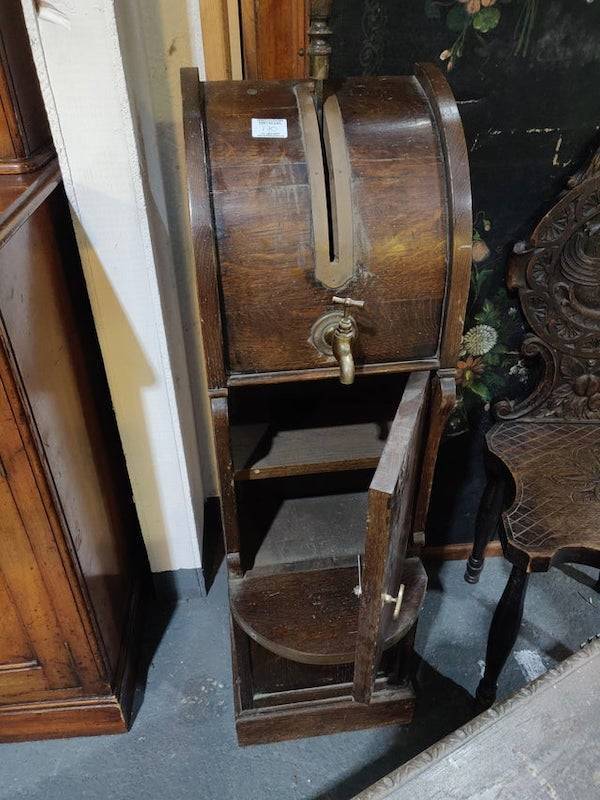 “There are several of them about the size of a parking space on a road near my house. The horses and other cones are setup constantly to prevent people from driving on them and the top appears to be a rubber. Looks like they are made up of multiple interlocking pieces. Thanks!” 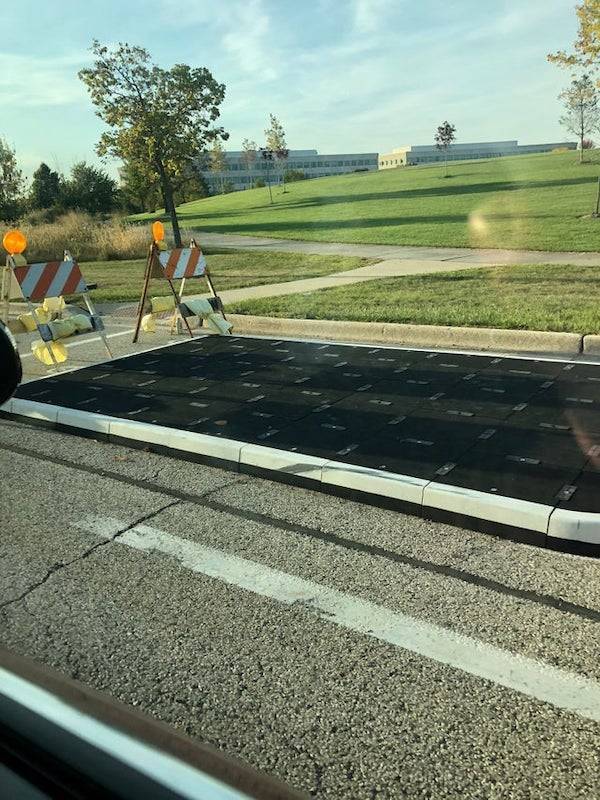 A: “They’re probably traffic calming installations. We used those same tiles to make bulb-outs on a project in Vermont.”

“A vent in the ceiling, but it doesn’t seem to have any function. There’s a white piece of cardboard covering it that can’t slide in and out.” 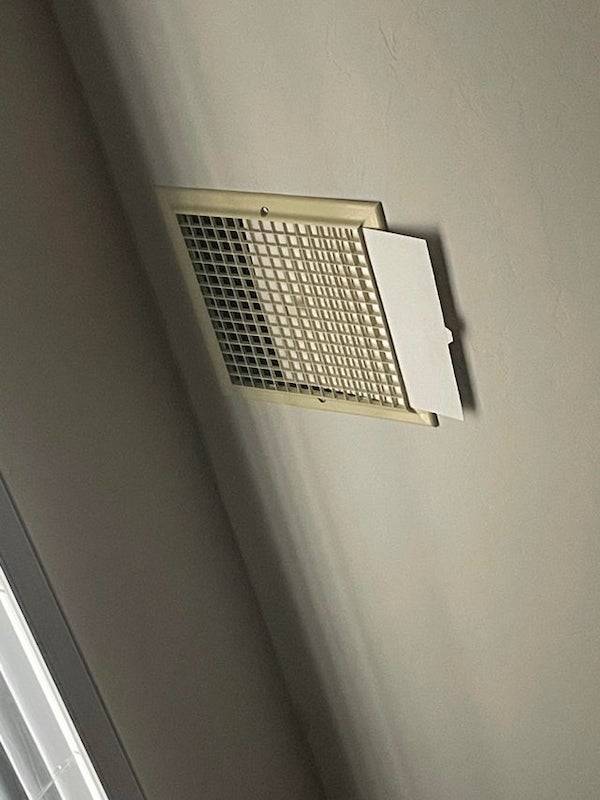 “Unusual sign along interstate highway – Does anyone know what this is about? Appears to be unofficial, made of wood, and hanging from a tree – Ohio, USA” 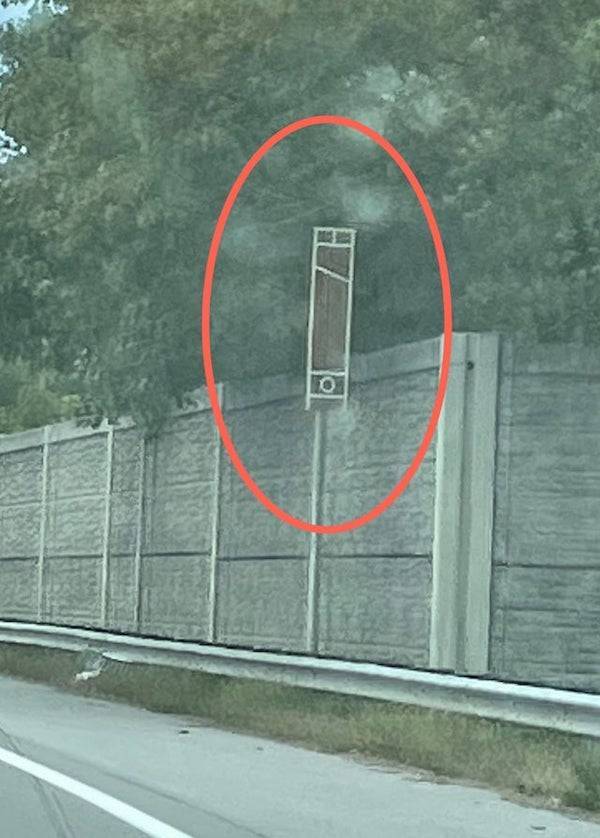 A: “Looks like a simple drawing of a guillotine”

“Found in the basement of the physics department.” 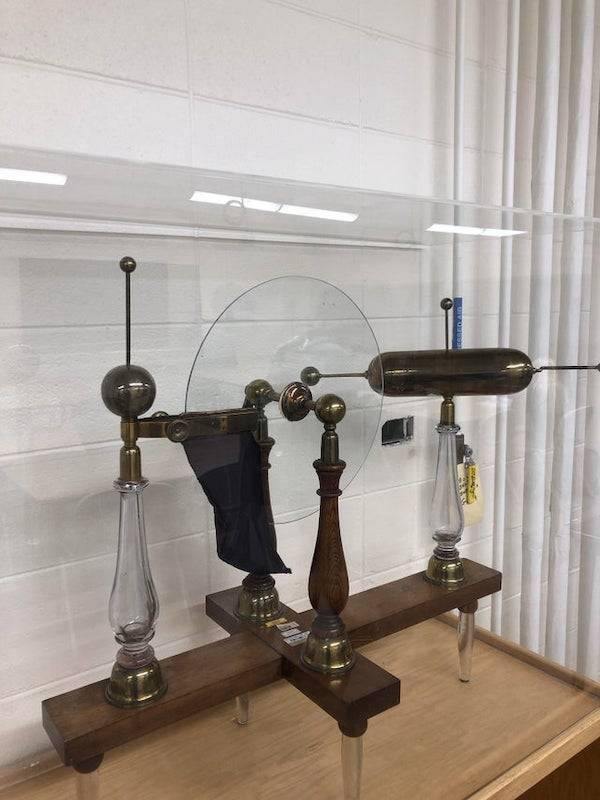 A: “Pretty sure it’s some kind of static generator. There are a few designs, like Wimhurst and Bonetti.” 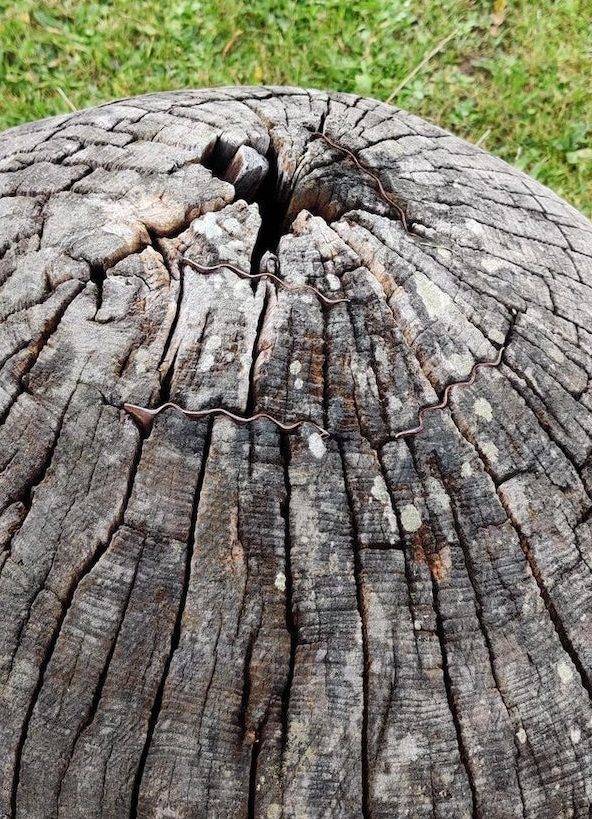 A: “They are ties to keep the wood together and help prevent further splitting of the wood.”

“2 overlapping pieces of plastic with a grid design affixed to the wall of a rental property.” 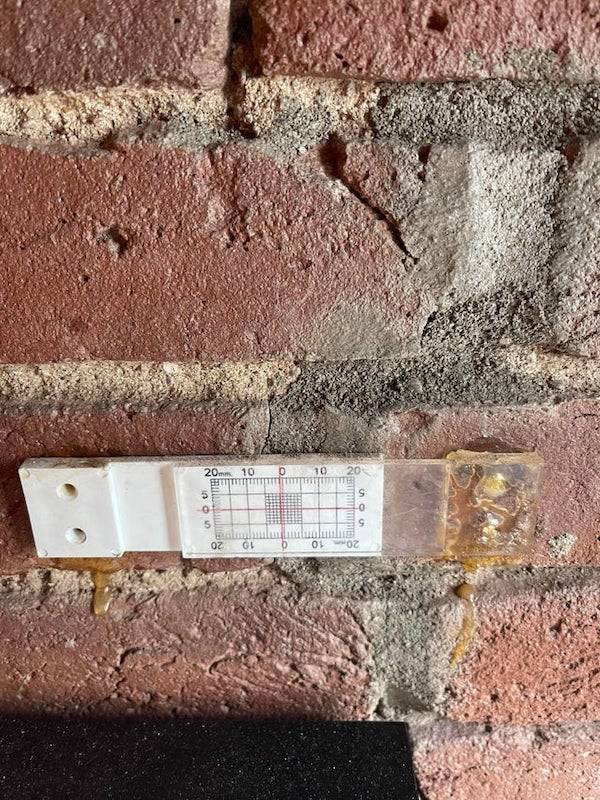 A: “It is a crack gauge. The device will move over time if the crack it covers expands. When installed, it’s set to the center, and over time, any slow movement can be tracked.”