What This Couple Built In Their House Is Straight Out Of A Creepy Castle. But It’s AWESOME. 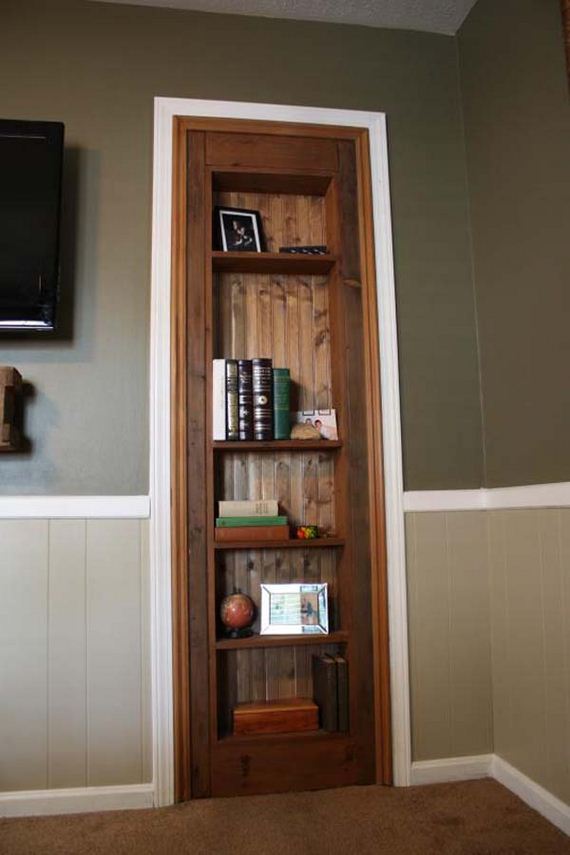 DIY projects can be a frustrating part of home ownership (or boring Sundays when you have nothing else to do). However, the project this couple completed in their spare time is the coolest, most creative DIY.

They decided that their house should contain some fantastical secrets, much like a creepy castle nestled in the hills of Germany. So, they set out to make a secret doorway in their home to delight and confuse guests with. This gallery is their awesome DIY journey.

They decided to replace the extra door in their “jack-and-jill” style bathroom. 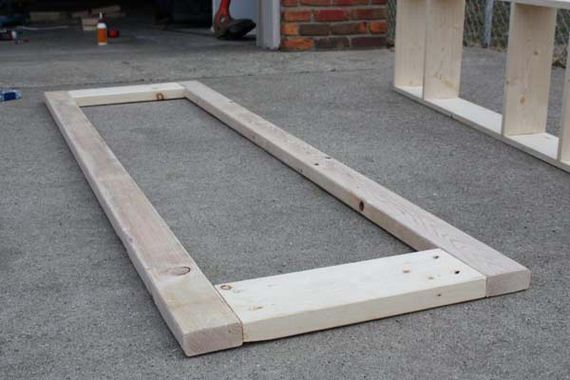 The second door led into the living room. 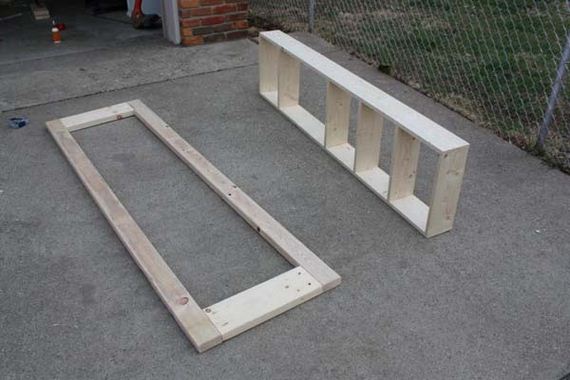 So, instead of having an eyesore of a door there, they decided to build a secret bookcase entrance. 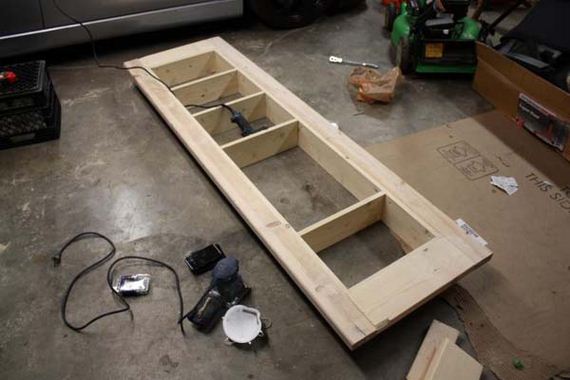 He built the door frame and then a separate shelving insert. He used screws and glue on the inside of the shelving to secure it to the frame. 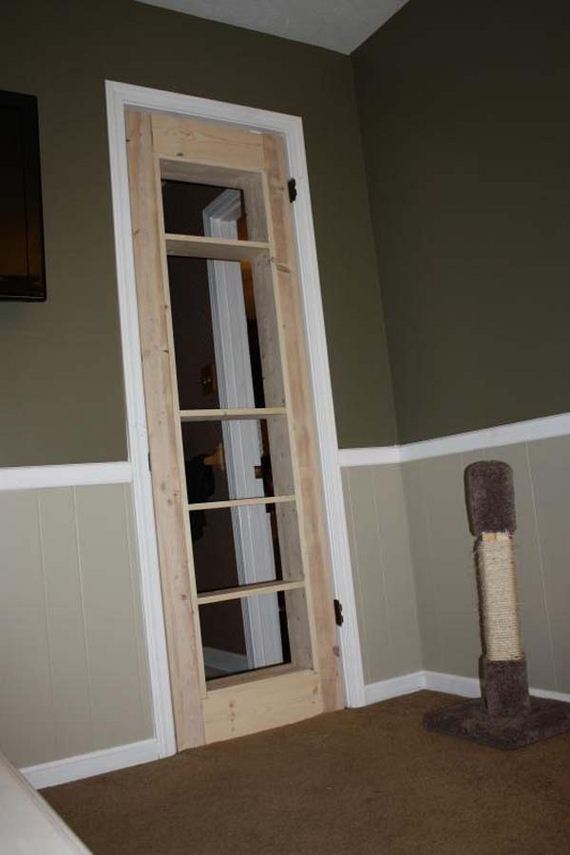 They put the door in for a test fit – looking good (and the cat was already loving it). 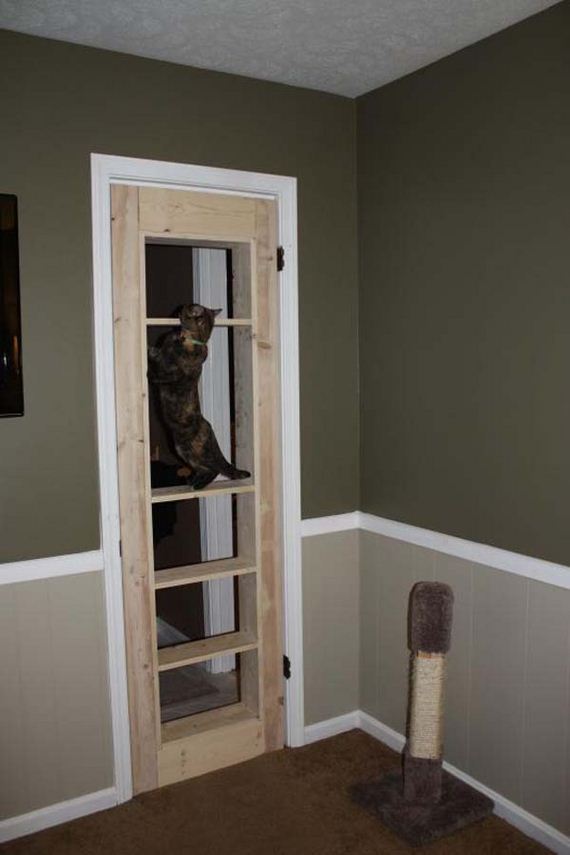 The door was going to have an aged look, so they oxidized the wood with a mixture of vinegar and steel wool. 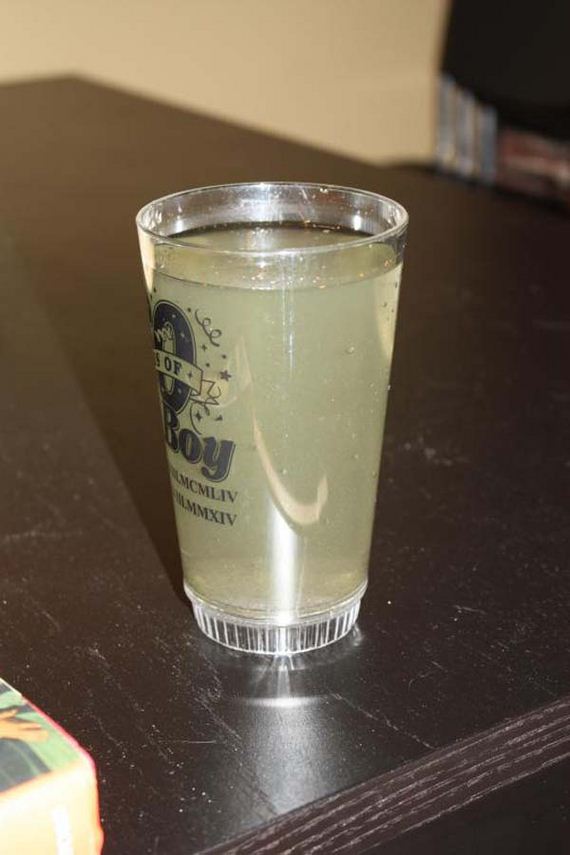 In this picture, you can really see how fast the oxidizing process happens. This is about 30 seconds after the mixture was applied. 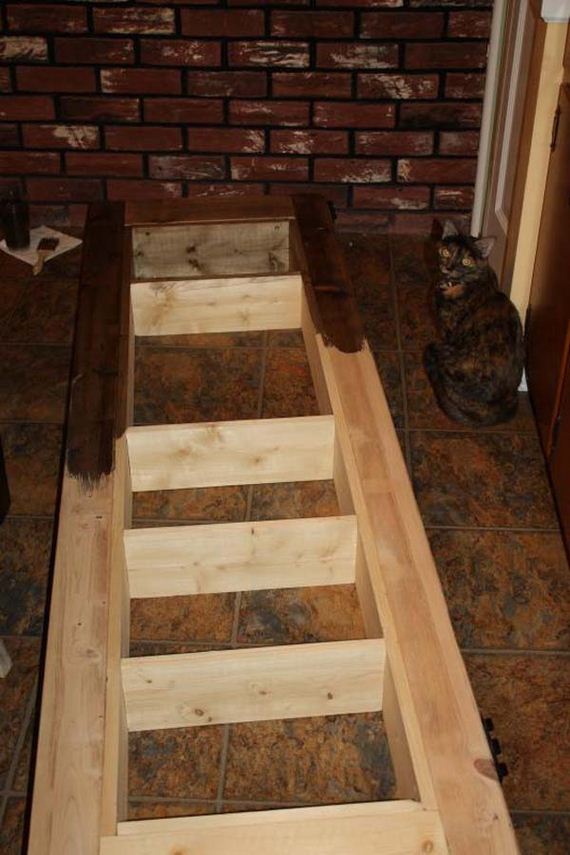 As the mixture dried… 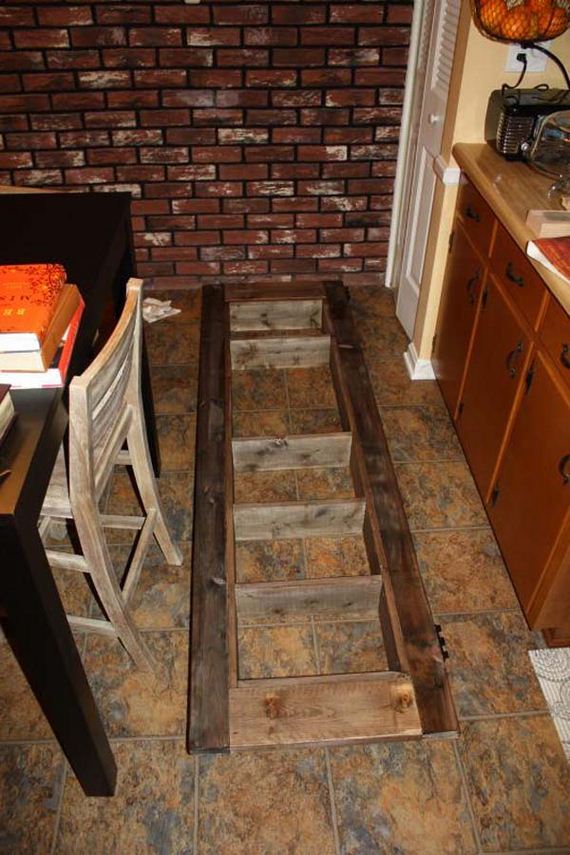 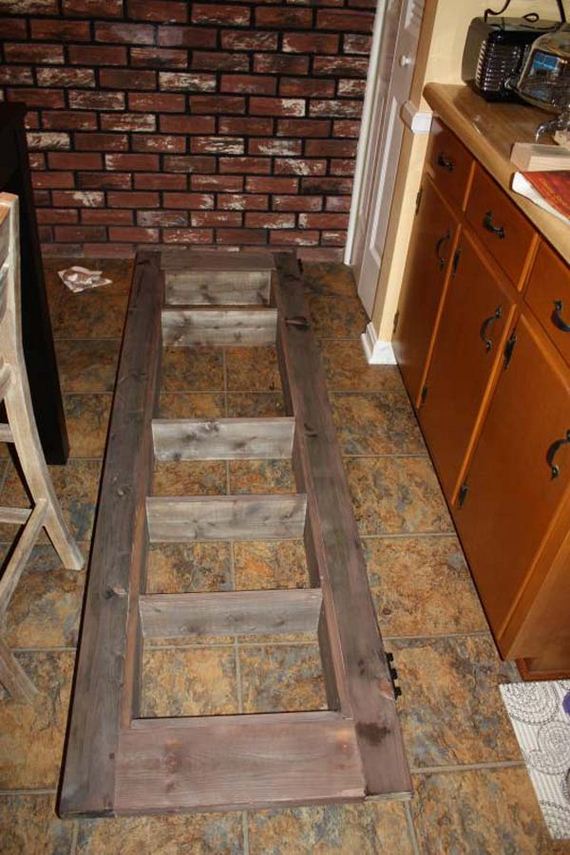 “Tongue and groove” panels were added to the back of the shelf to give it a better finish. 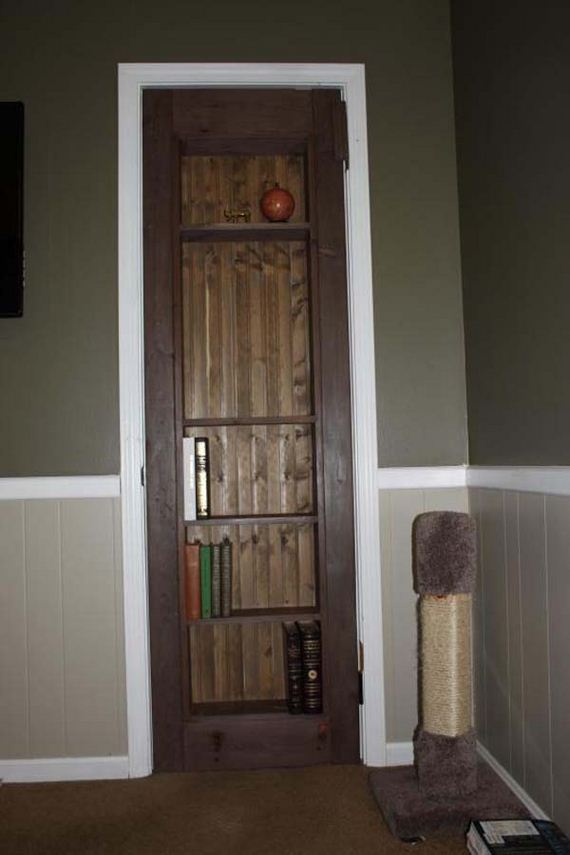 Once the door was hung, the hinges and space around the frame was covered by simple door trim that was added. 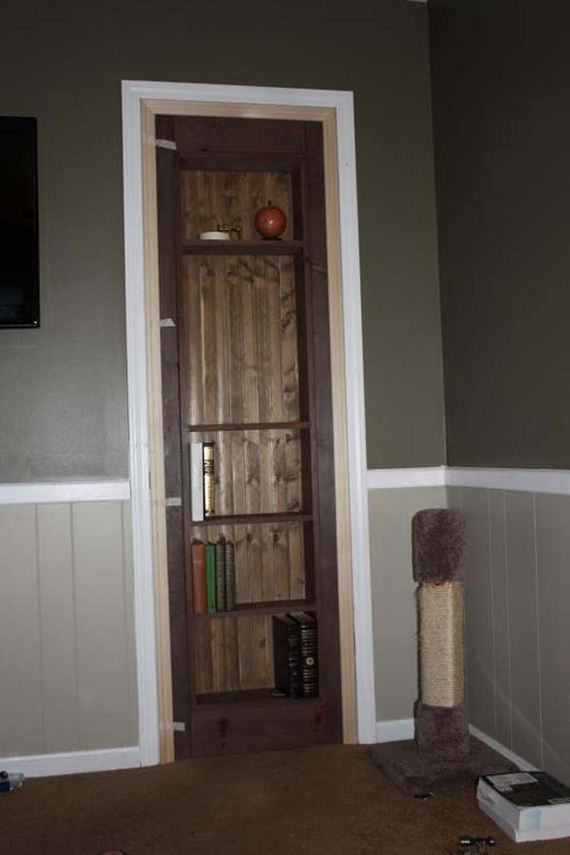 They stapled down the trim to make it flush with the door and outside trim. 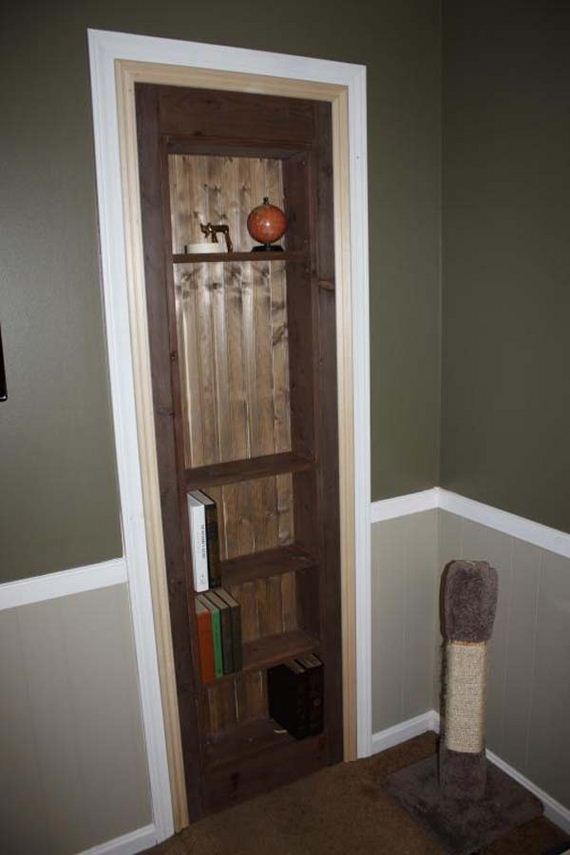 The trim was meant to be snug, but it was sanded around the edges to make sure i wouldn’t catch on the frame. 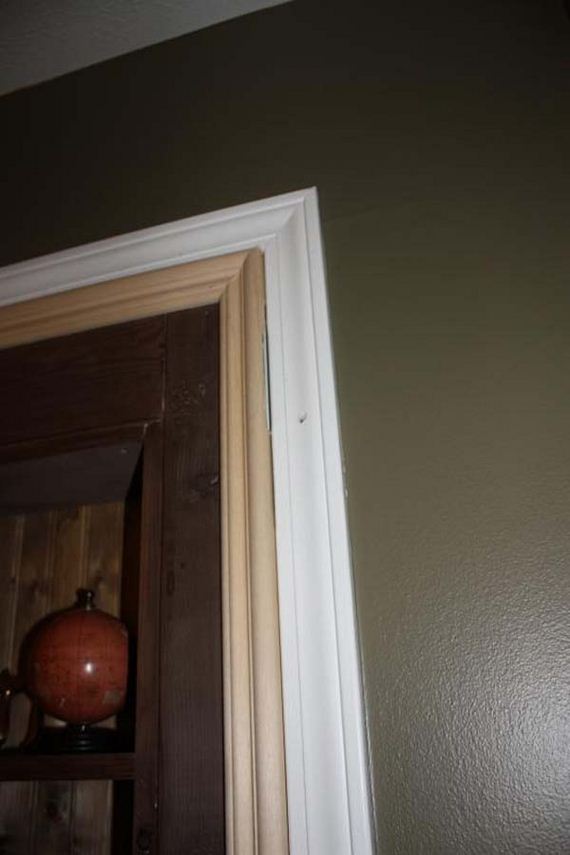 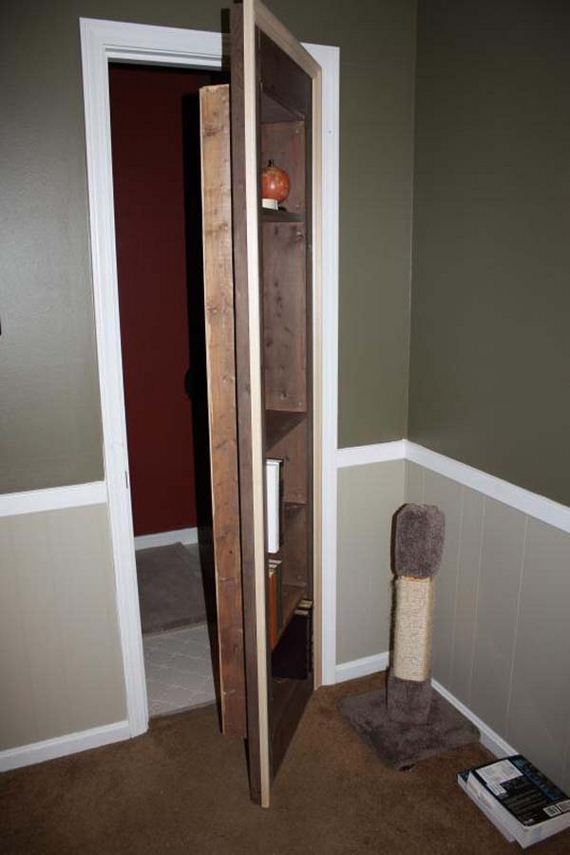 The trim was then also oxidized the same way. Then the best part was added… the secret book that opened the case. A thick book was used as part of the latch. A wedge of pages was cut out, a screw attached to a piece of wood was inserted into that space. The piece of wood hidden in the book is secured to the book with glue and is also hinged to the bookcase itself. This allows the book to move freely and in the proper way to open the latch. 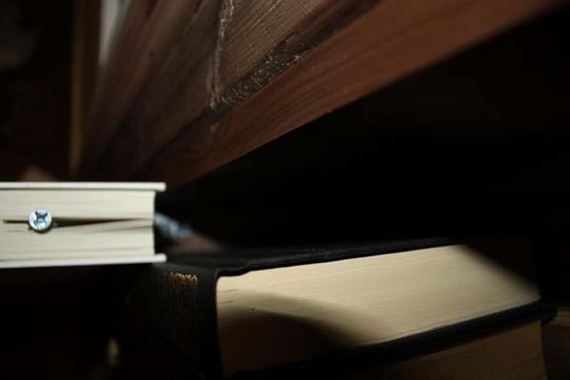 The mechanism used for the door was a normal gate latch (it could be locked from the inside). The pin it would catch on. 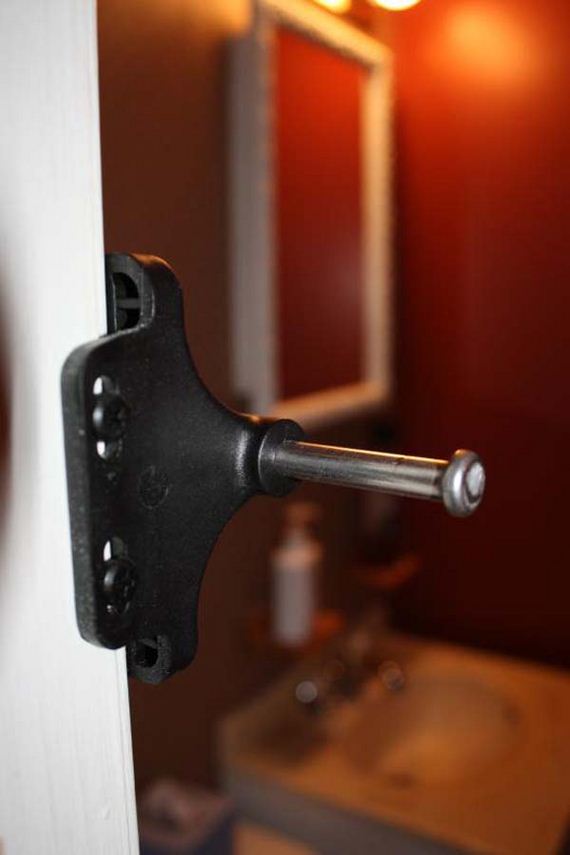 It was a bit of a hack job, but it works. 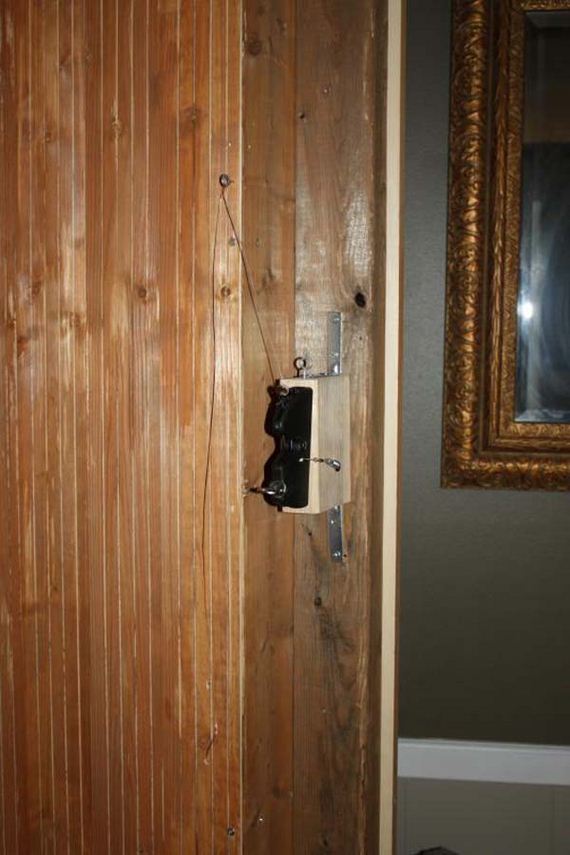 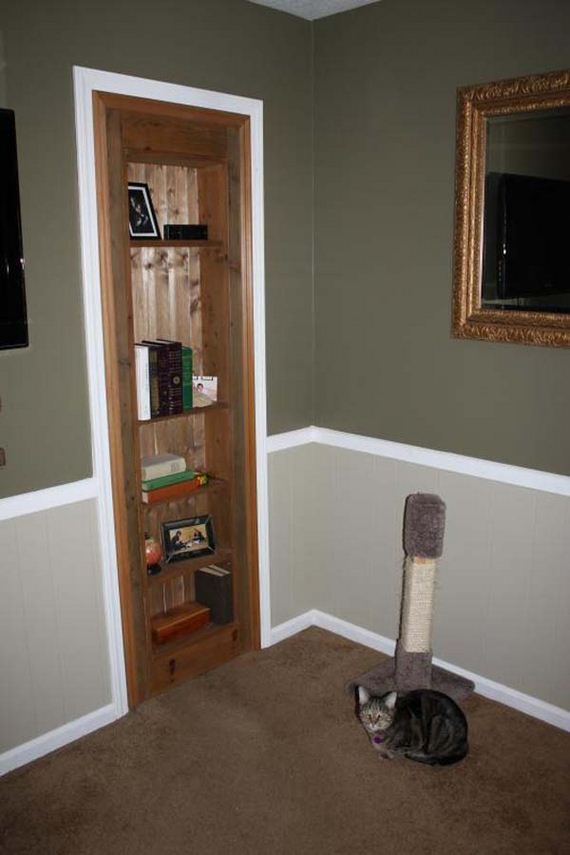 (The cat post acts as an unofficial door stop.) 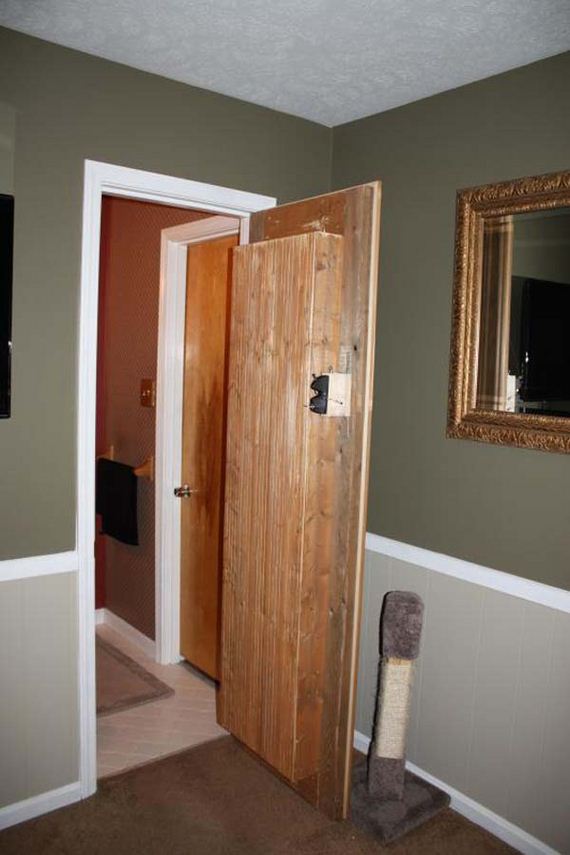 Instead of a strange door leading from the living room to the bathroom, this couple now have an awesome secret doorway. Not only does it blend in with the room, but it’s a functional conversation piece that takes guests by surprise.

Previous These 30 People Just Made Themselves Permanently More Awesome. I Want To Do The Exact Same Thing.
Next Things That Inevitably Happen When You Start Getting In Shape