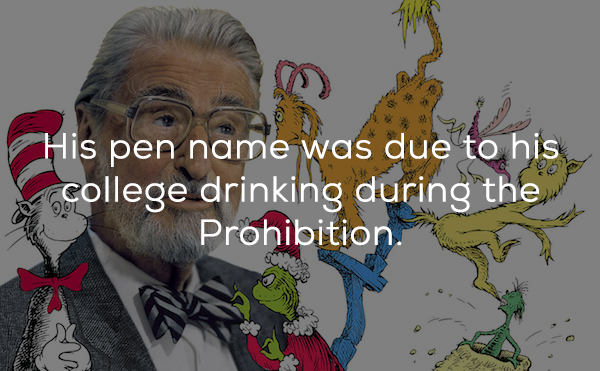 In 1925, Theodor Seuss Geisel (his real name) was caught drinking gin in his dorm room. He was put on probation and lost his position as the editor of the college magazine. In order to keep on writing, he submitted his work under a number of names, including Dr. Seuss. 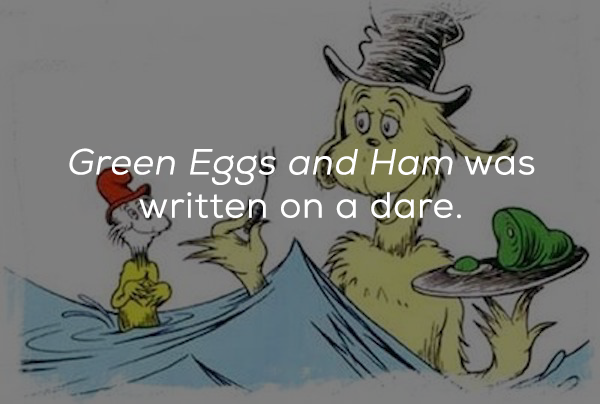 Dr. Seuss’ editor bet him that he couldn’t write a book using only 50 preselected words. Seuss took the bet and wrote this one, making it one of the best selling children’s books of all time. 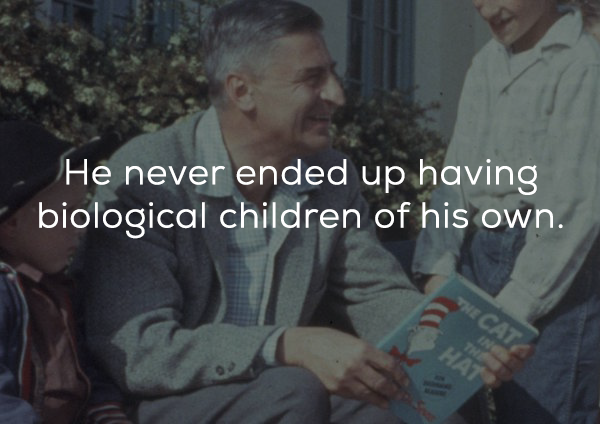 Even though he was a children’s author, he never fathered any kids. He did inherit 2 of them when he married his second wife, but he was content writing for other people’s children. 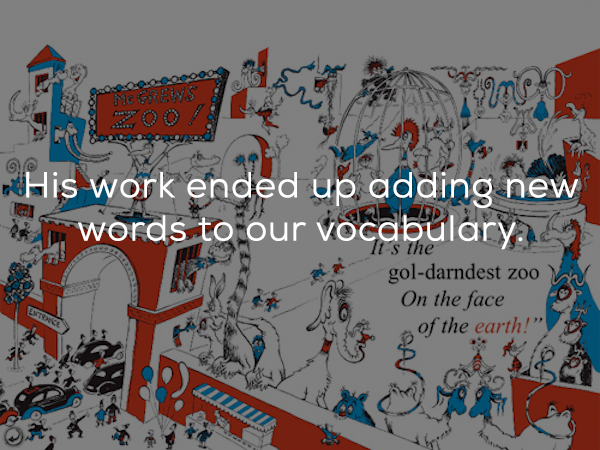 Much like Shakespeare and Dickens, some made-up words actually stuck around. For instance, the first time the word “nerd” was ever written was in If I Ran the Zoo. Teased over his German-American heritage, Seuss made no secret of his criticisms of dictatorships and fascism. In fact, his book Yertle the Turtle is about the rise of a tyrannical dictator turtle, and is a thinly veiled allegory of Hitler and his rise to power. 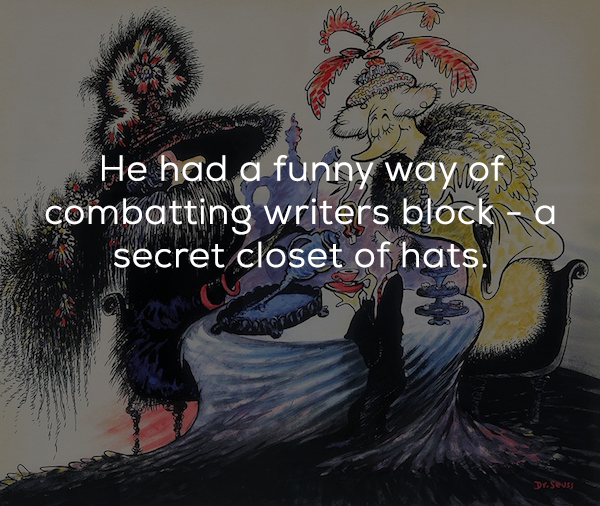 Whenever he didn’t feel the creativity flowing, he’d go to his closet and try on different hats, and imagine the type of person who’d wear that hat. Then he’d wait for inspiration. 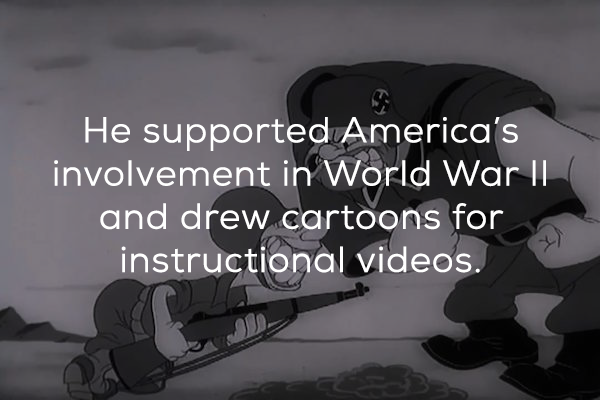 When the war started, he began drawing political cartoons that opposed people that believed that the US should stay out of the war. In 1943, he joined the Army and began making animated propaganda films for the military, including the popular “Private Snafu” instructional shorts. 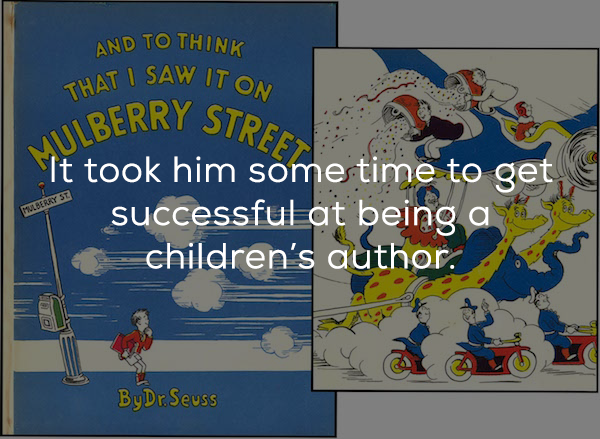 His work was actually rejected a lot. His first book, And to Think I Saw It on Mulberry Street, was rejected 27 times before it was published. 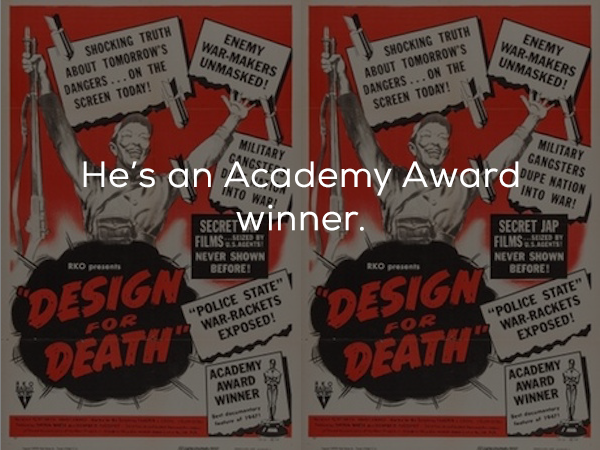 He won the Academy Award for best Documentary Feature in 1947 for his script on this film about the lifestyles in Japan that lead to their bombing of Pearl Harbour. 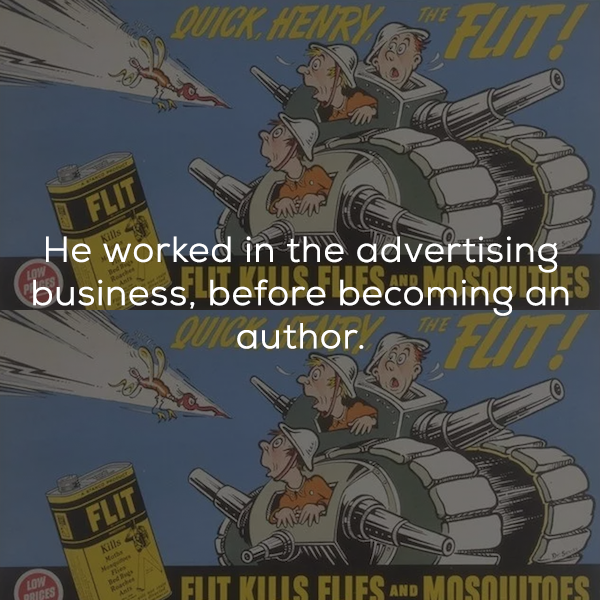 Before his started writing children’s books, he was working as an ad man in the 20’s. Working on NBC, GE and Ford, he found his most success with an insecticide called Flit. 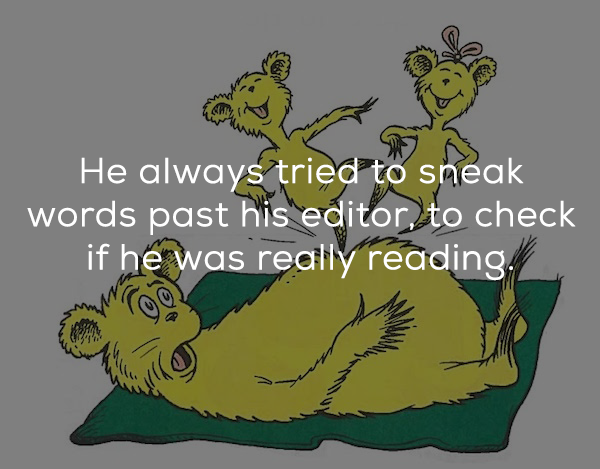 In the original version of the book Hop on Pop, he included the word “Contraceptive” to make sure people were paying attention. They were. 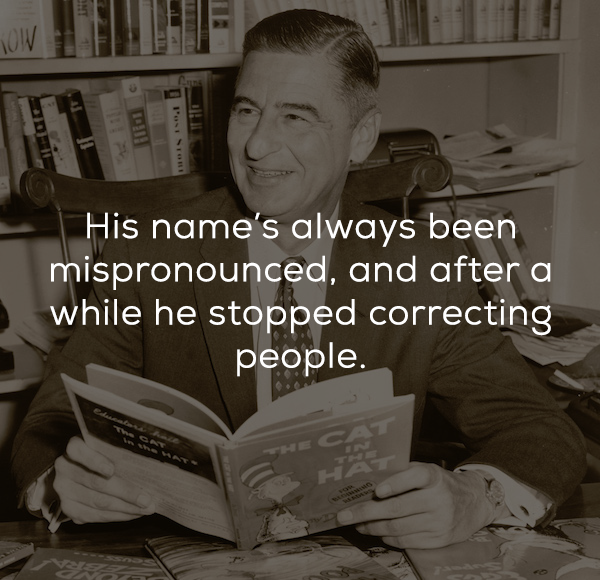 The correct way to pronounce his name is “Dr. Zoice” (rhymes with voice.) Instead, people would say (and still do) “Soose” and he got tired of correcting it. 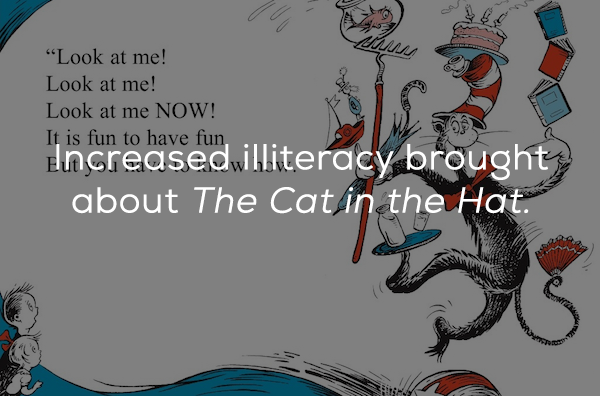 In 1954, Life magazine published a study that said that illiteracy among kids in school was rising, due to kids finding their books boring. To combat that, Seuss was asked to write a children’s book using 250 words that every first grader should know. The result was this wonderful book. 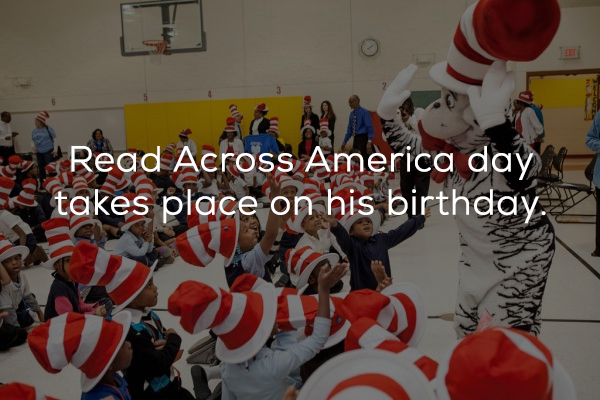 The Read Across America program is an annual day dedicated to motivating and celebrating young readers. Therefore, they decided on Dr. Seuss’ birthday; March 2nd. 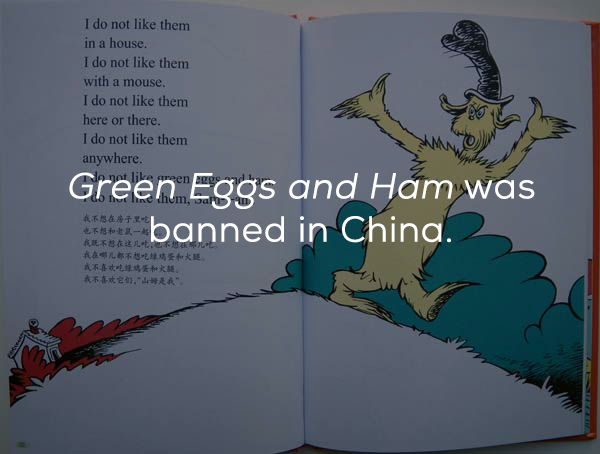 Somehow, the Chinese found that the book’s portrayal of Marxism and anti-authoritarianism was too much, so they banned the book until his death in 1991. There’s a statue of Seuss and the Cat in the Hat at the Dr. Seuss National Memorial Sculpture Garden in Springfield, MA. Designed by his stepdaughter, the gardens also have statues of other popular Seuss characters. While he had hoped to pursue his PhD in English literature, he never got to complete his degree. He originally added the Dr. to his pen name to honour his father. He was eventually given an honorary doctorate by his alma matter, Dartmouth College.

Previous Brutally Funny Internet Comments
Next Some People Are Geniuses