This is the mysterious safe one German woman found in her great aunt’s home. It was in rough shape. She had no idea what could be so valuable that her great aunt would have to keep it in such a serious and secure box, and the amount of rust covering it made her nervous about what could be inside. 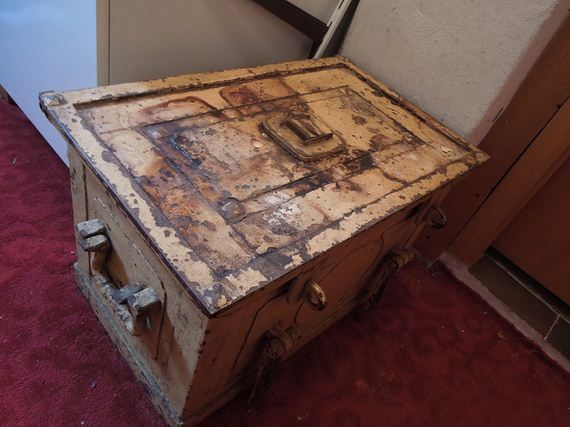 The woman’s great aunt had fled Russia and settled in Hamburg in the 1940s. During that time, many people all around the world (and Europe in particular) were doing their best to emigrate in order to avoid persecution. This woman’s aunt, it seemed, had jumped from the frying pan into the fire. 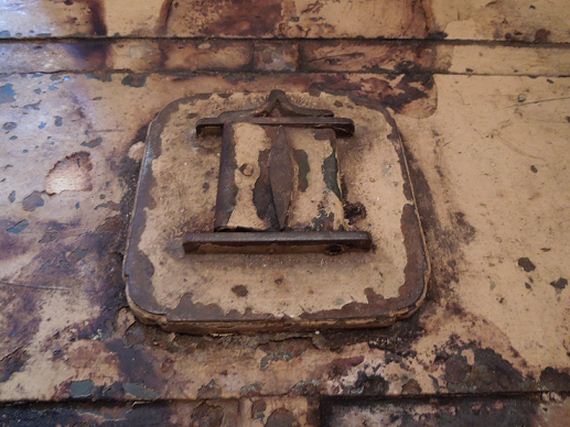 At first, her niece thought that there was no way she would ever find out what was inside this intense looking metal box. It was securely locked and even the hinges were bolted, which meant that getting it to open could be really tricky. Luckily, she found a key. 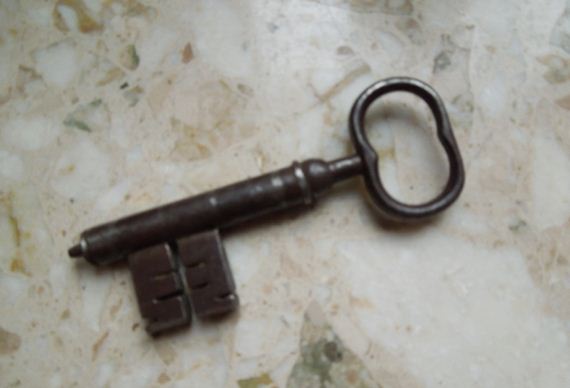 Even though the niece had a key that would give her access to the box, she was a little skeptical that it would work at all. The box was not in immaculate condition, and no one was sure that the key would ever still work. The only way to find out was to try…Just like that, the safe was open! 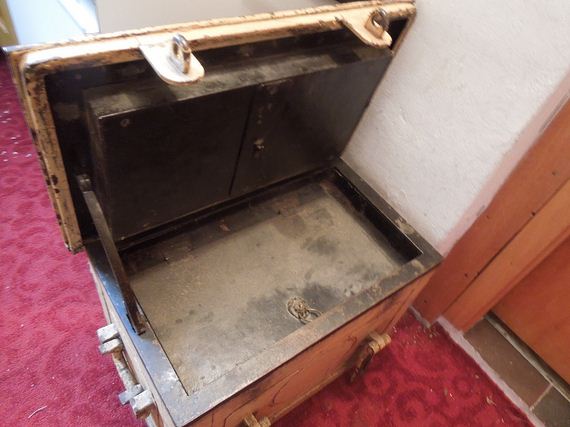 When she first opened the box, the woman was presented with a shallow tray that was totally empty. She was starting to think that this discovery might turn out to be a total bust, but then she noticed that the box had other compartments and that there was some pretty interesting stuff inside. 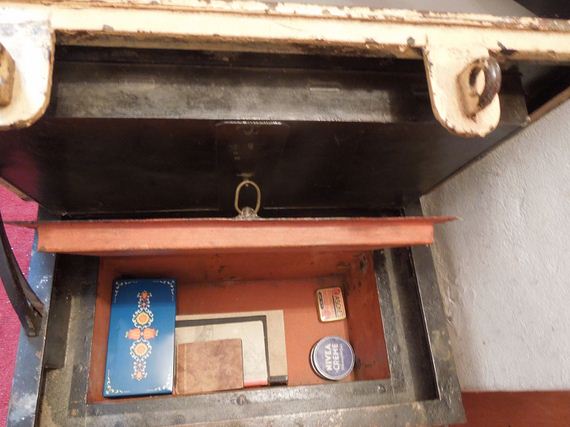 While the first tray of the box had been totally empty, that certainly wasn’t the case for the box’s other layers, nooks, and crannies. As the niece explored the contents of the box she was floored by her discovery. It was full of books, letters, and pictures. 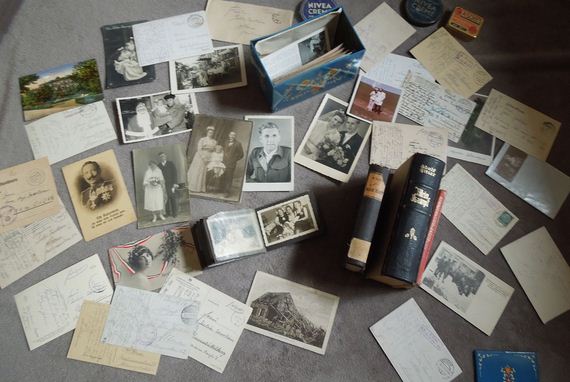 The niece was shocked to find all of these reminders of her late great aunt’s life and times. She didn’t recognize all of the photographs of people that were pictured, but she was sure that they were relatives. Disconcertingly, the box also held a copy of Mein Kampf by Adolf Hitler. 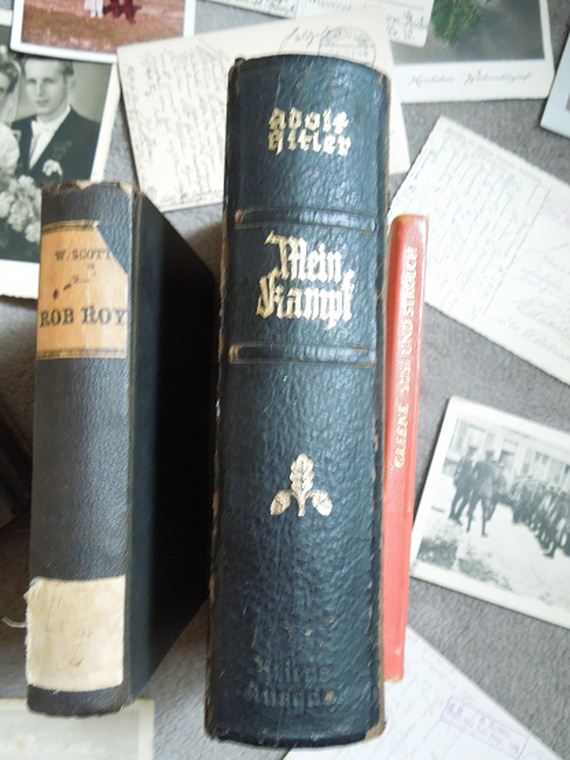 While Hitler’s book written during his time in prison is not exactly a rare item, it sent chills down this woman’s spine to see a copy that had been printed during Hitler’s reign of total terror. She did some research and found out that this copy was published in 1943. 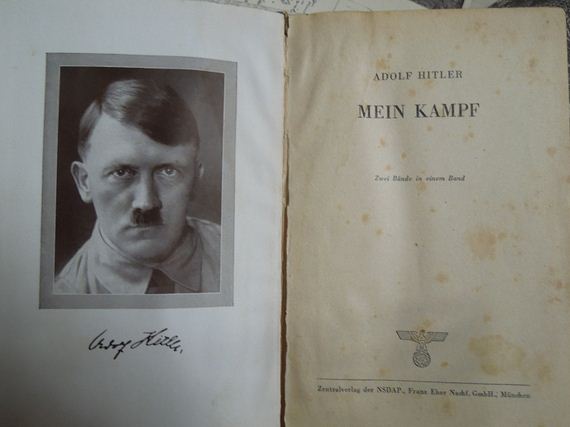 It could be worth about $350, though it would be hard to contemplate insuring or selling a book with such a dark past. The words on those pages represent a time of violence, destruction, and fear. 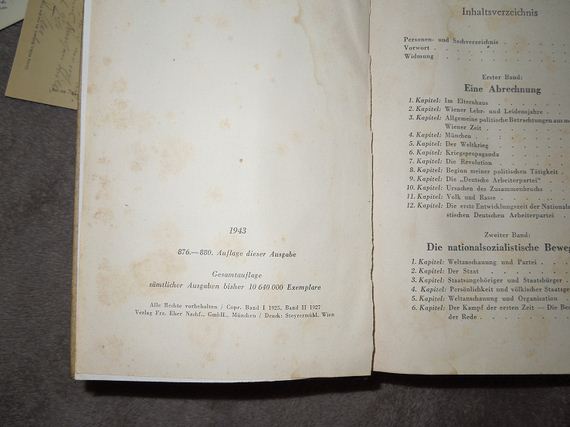 She also found the novel Rob Roy by Sir Walter Scott. This classic novel was dog-eared and clearly had been very well-loved by the person who had first purchased it. Just holding the old book made the woman feel like she had traveled back in time. 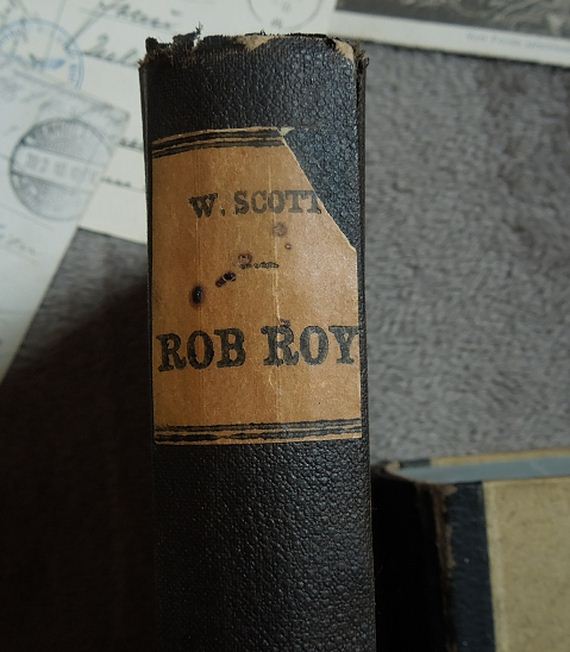 Another German book in the safe, Leipzig, was published in 1846! While the copy of Hitler’s book was printed during the peak of Hitler’s Nazi regime, this novel was much, much older. It touched the woman to think of her great aunt traveling all over Europe with the novel. 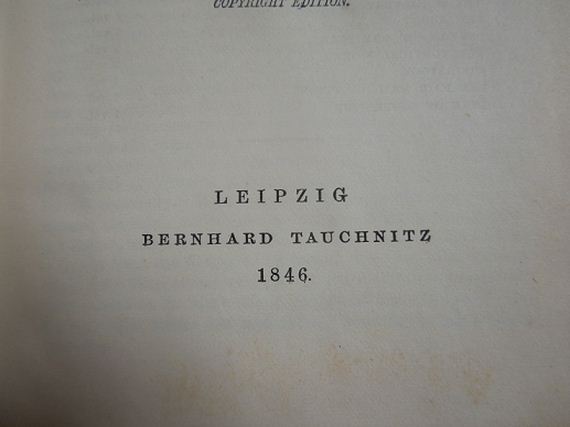 An old copy of Lady and the Tramp was also inside! While most of us think of this as being a classic Disney film, it was also a novella for children before it was adapted into a screenplay. This copy was tied to the film’s release, based on the cover image. 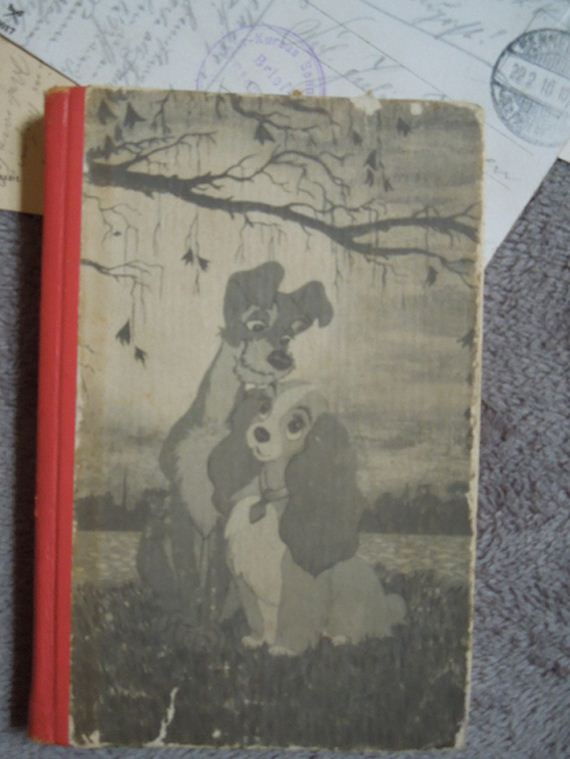 This copy was published in 1953 and was written in German. The woman digging through this box of treasures from the past wondered which one of her family members had bought this book and enjoyed it. Without any real answers, all she could do was ponder the thought. 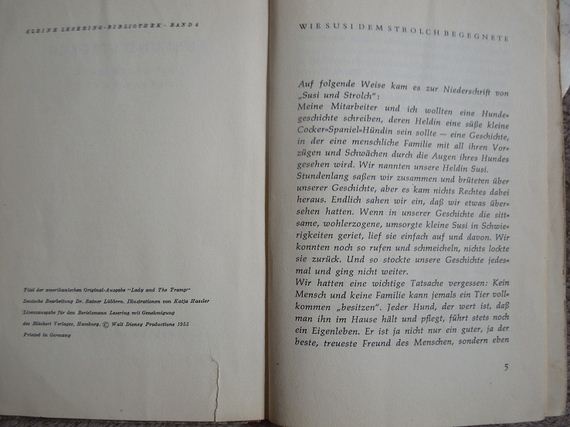 She believed that the little girl in this picture was her grandmother, though even that information was unsubstantiated. It was challenging to piece together information from the past when digital records were not in existence and war tore families apart. 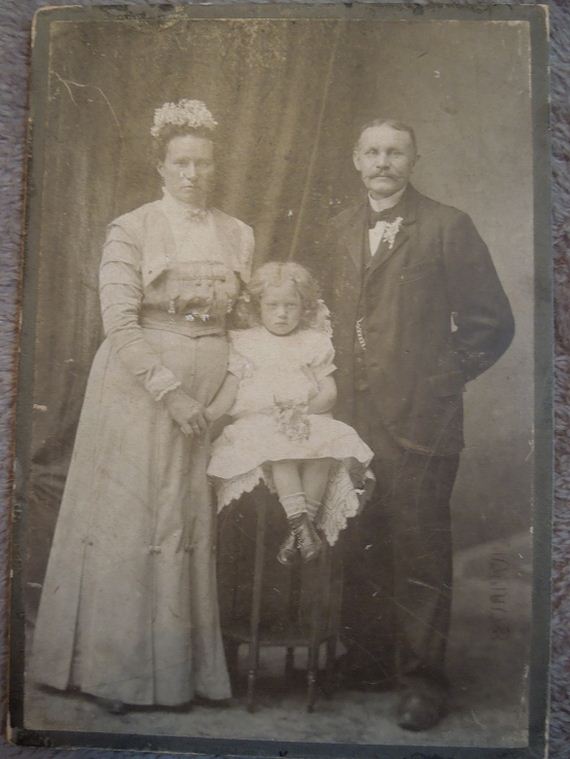 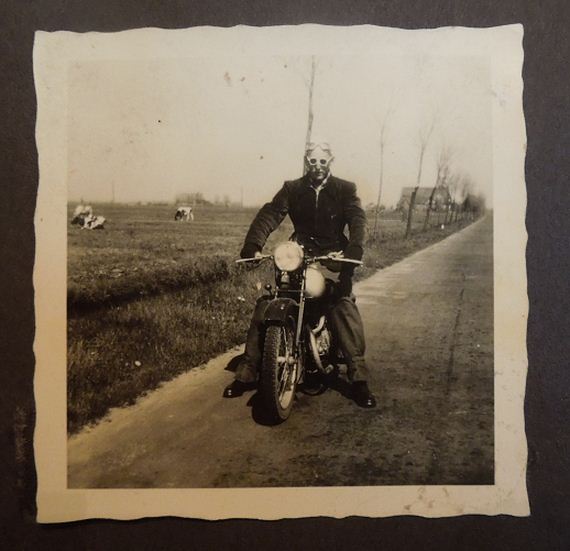 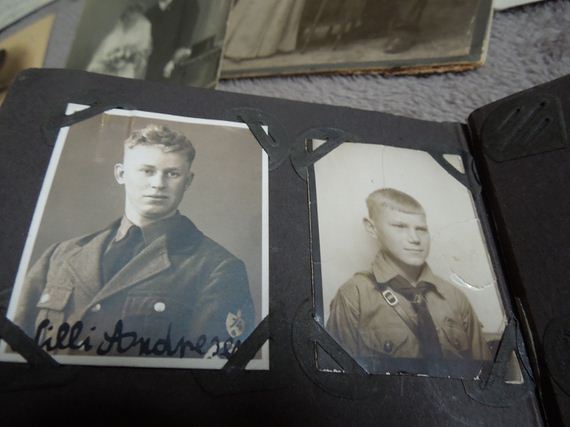 This postcard is from 1916. The sweet image on the front shows a solider kissing his young bride farewell before traveling off to serve his country. Although it too has ties to war, it seems to evoke memories of a time where things were simpler. 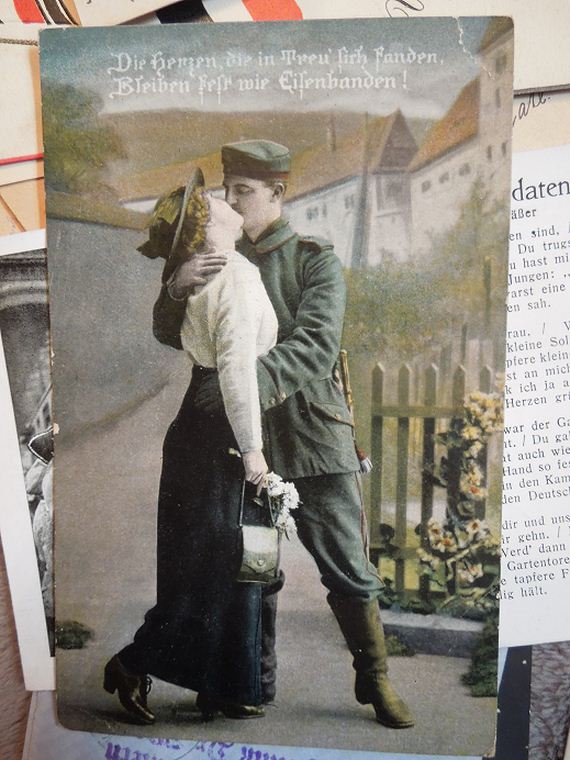 This one is from 1941, and has a Nazi government stamp. People who lived in Germany under Nazi rule lived their lives being constantly watched. This stamp wasn’t just a part of the mail process, it was the Nazi way of reminding people that they were always under surveillance. 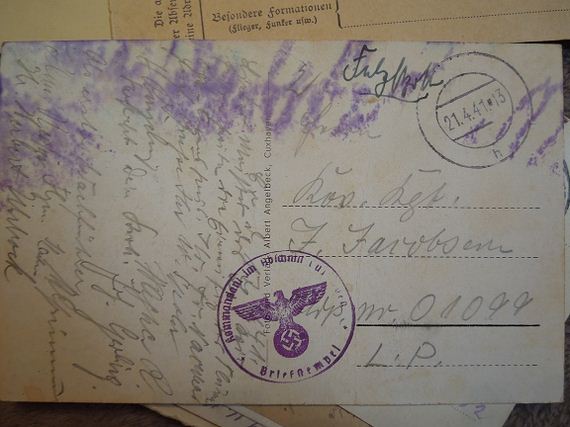 Another postcard from 1916. This one is a stylized print released by the army to inspire women and men to enlist as soldiers and nurses during the First World War. This doesn’t look like a recruitment photo as much as it does a still from an old fashioned movie, right? 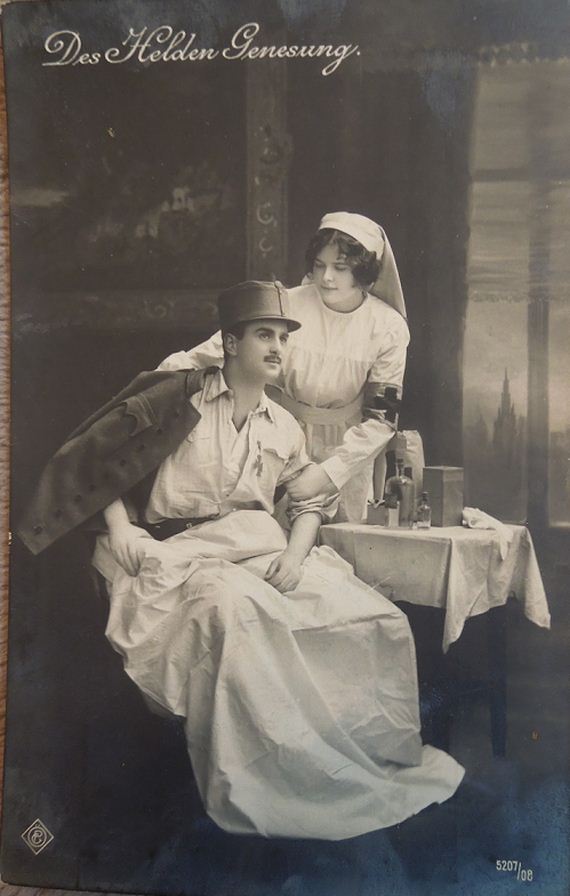 The caption at the bottom of this print says, “A house destroyed by the enemy.” Because this photo was taken during a time when people only had newspapers and limited access to the radio to help them get information, prints like these showcasing damage done during the war were often distributed. 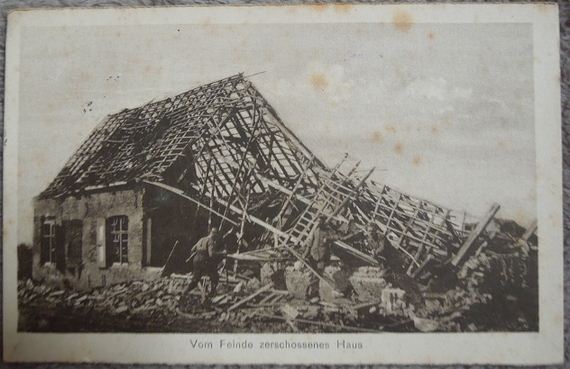 Who knew they had Nivea cream back then? While these containers are in excellent condition, it is probably a terrible idea to open them and see how the creme itself has survived in the decades since they were first locked up inside of this box. 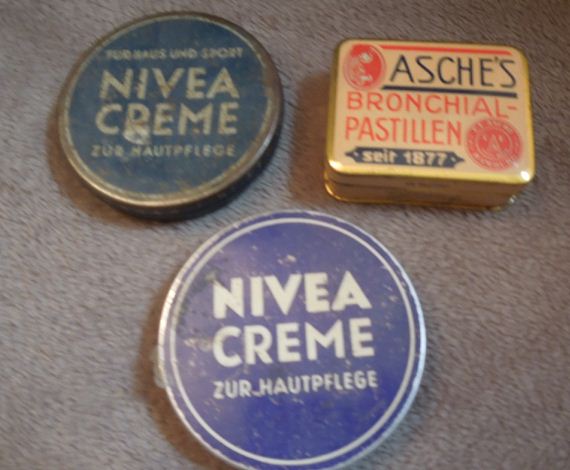 Finally, this is a photo of the Kaiser’s heir during the First World War. Items like this photo would have been commonly found in the house of any family who lived in Germany during the war. It was an amazing time capsule of some truly terrible events in our history. 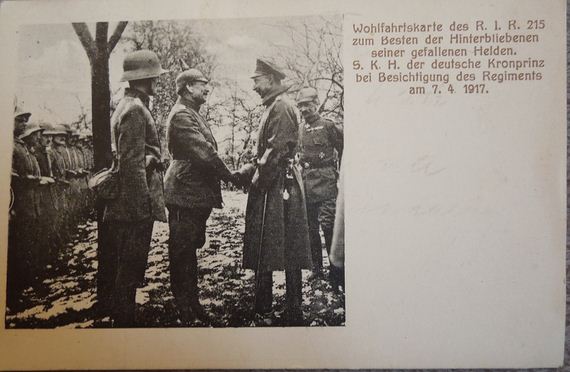 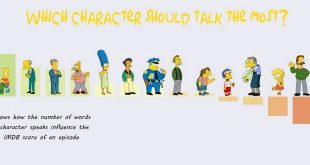