The English language can be tricky one. We’ve got words for everything and some of them make sense, when they’re explained to you, and some need no explanation at all. 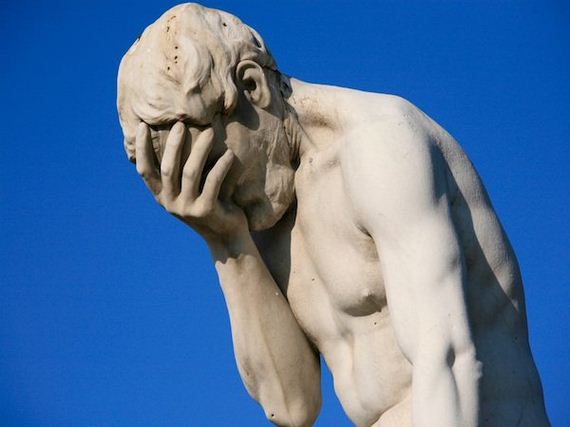 Then there’s words that you think are complicated or must have some serious historically convoluted story behind it, then you find out it’s the simplest of explanations. Then you look at that word, and face palm yourself because it’s so obvious.

Check out these words and see how many times you smack your hand down on the desk thinking “I knew that!” 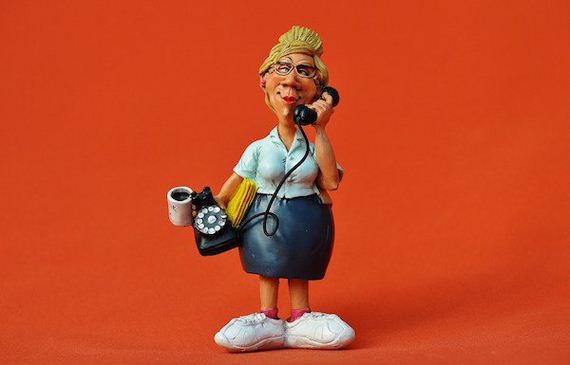 Secretary
Back in the early days of European Monarchs and their Royal Courts, secretaries were officers or aides working for and on behalf of the King/Queen. The word is still used that way when it comes to government positions such as “Secretary of State.” But here’s where it gets pretty obvious. As the person working closest to the King/Queen, these secretaries were privy to a lot of private pieces of information, which makes the secretary literally a keeper of secrets. 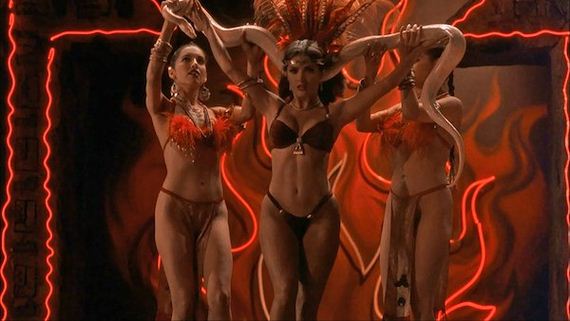 Pandemonium
We all use this word a lot, but not a lot of people know where it comes from. The word was coined by the poet John Milton, who used it as the capital of Hell in his book “Paradise Lost” in 1667. It’s a compounded word that starts off with the word ‘pan’ that’s the same as in words like ‘pandemic’ and ‘panorama,’ and quite literally means “all” or “every.” So when you look at the entire word, it literally means “a place of all demons.”

Which explains why the sexy vampire in “From Dusk to Dawn” was named Satanico Pandemonium. She literally the devil; but one hell of a sexy one. 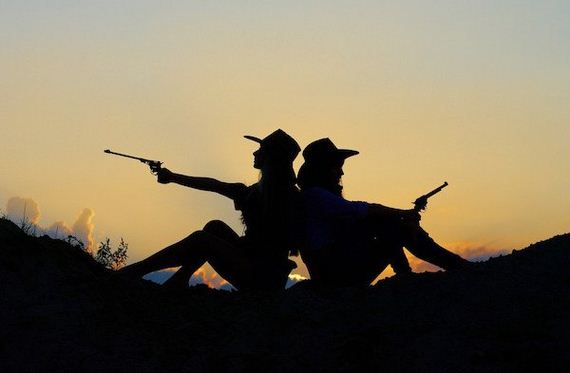 Equinox
This one sounds pretty close to what it actually means. The ‘Equinox’ is the date in which the sun passes through the equator making night and day equal for the majority of the planet. When you break down the word into it’s component parts you get ‘equi’ which mean ‘equal’ and ‘nox,’ which means ‘night.’

It’s like a lightbulb going on in your brain. 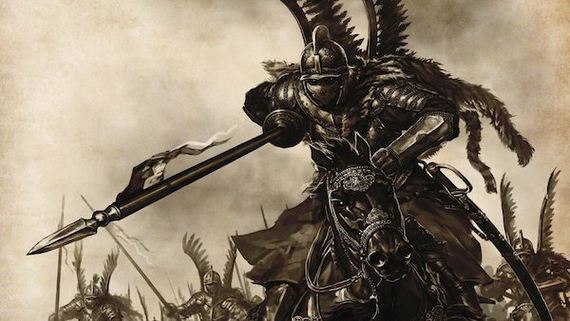 Freelance
All of you freelancers out there, take heed. The word ‘lance’ quite literally means the same lances that medieval knights used to carry. Back in early 19th century fiction (like in the book Ivanhoe, which isn’t about a Russian farmer and his tools…ah, Simpsons), freelancers were mercenary knights that carried no specific allegiance to any cause, just did what they did because they were paid to do it. 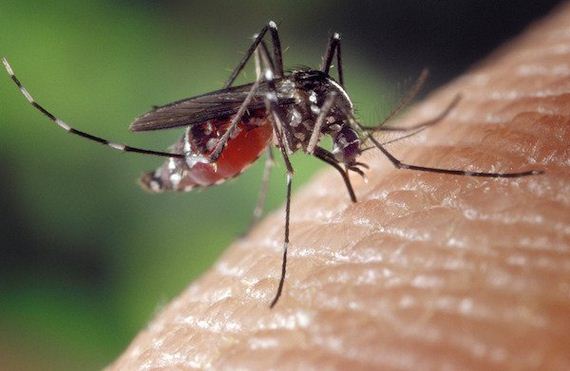 Malaria
Let’s cut to the chase, shall we? Mosquitos already suck and on top of that, they carry nasty diseases, and the most common is Malaria, but the word actually has nothing to do with those pesky bloodsuckers. In this case ‘Mal’ essentially means ‘bad,’ much like in malfunction or malpractice. The word ‘Aria’ means ‘air’ in Italian. There you go. Originally they thought that stagnant air and fumes from marshlands and swamps caused the disease, so it was literally called ‘bad air.’ Then they realized that it was all the bug’s fault.

Nausea
Nausea takes it’s origins from maritime words like ‘nautical’ and ‘nautilus.’ When it came time to describe the feeling of seasickness, they used the word ‘nausea.’ As well, it also derives from the Greek word for ship ‘naus.’ 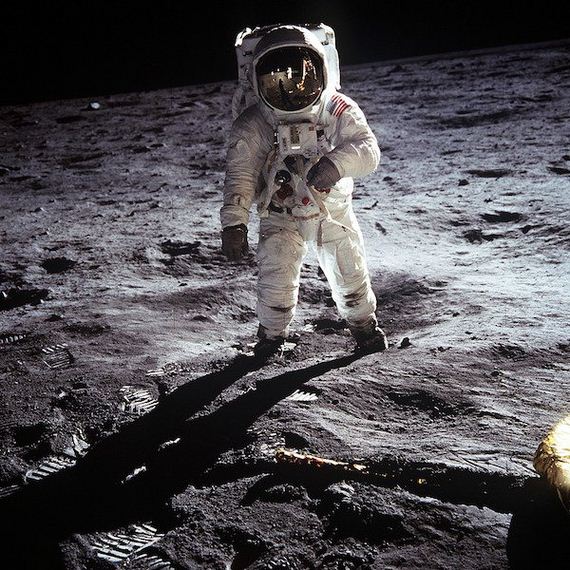 Astronaut
The word ‘Astronaut’ comes from two different words coming together. You’ve got ‘astro’ coming from the words used to describe stars and space like ‘asteroid’ or ‘asterisk.’ Then you’ve got ‘naut,’ which has got the same seafaring origin as nausea and nautical. Put them together and you get a literal “Star-sailor.”

I like that so much better… it’s more poetic. 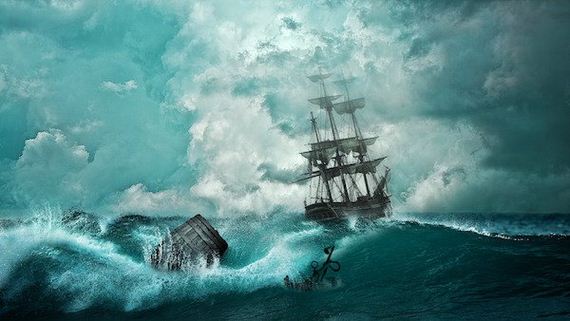 Disaster
Bet you never guessed that the word disaster’s connected to astronauts and seasickness too. The word ‘disaster’ comes from French origins in the 1500s, but before that came from the Italian word ‘disastro’ which means “ill-starred” as in the calamity is blamed on not having a favourable star alignment. 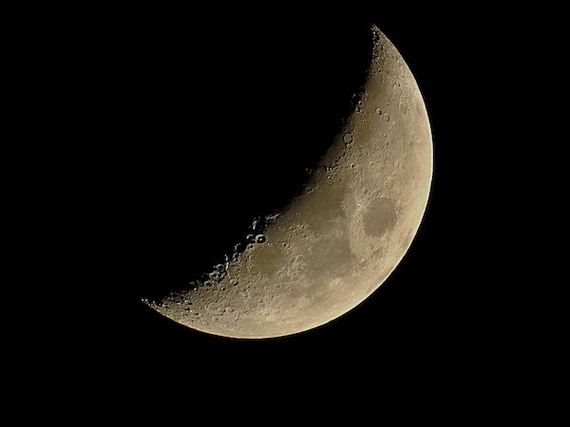 Month
Originally, time was calculated with the sun and the moon, and when it came to the calendar, they used the moon’s phases to sort that all out. So essentially a month is a ‘moon-th.’ There; pretty obvious, no?

The moon’s also the reason why we have the word ‘lunatic,’ as someone who’s been affected by the moon. That moon, though… 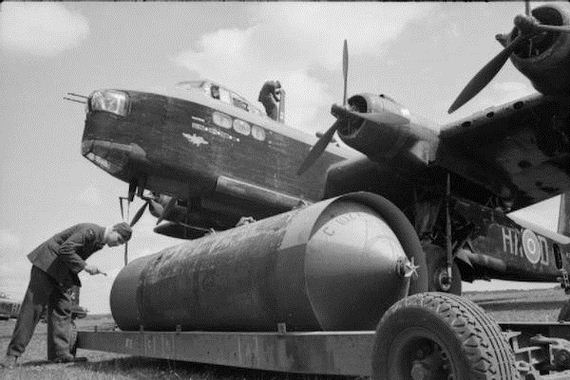 Blockbuster
Before it was a defunct video store, the word ‘blockbuster’ was a word coined during wartime. The original ‘blockbusters’ were enormous bombs developed by the Britain’s Royal Air Force to use in raids against Germany. Their official term was HC or ‘high-capacity’ bombs, but pilots called them ‘cookies’ or ‘blockbusters’ as they could level an entire block due to their 12,000 lbs weight, 8,400 of it was Amatex explosive. After the war, the military use of the word fell out of favour and it became the regular term to use to describe anything with an impressive impact, especially films. 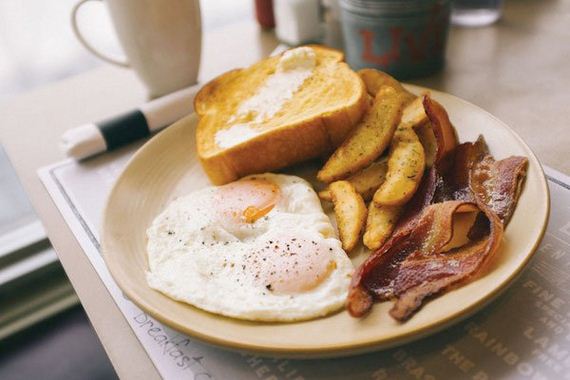 Breakfast
This one is going to make you face palm and head desk yourself. This is your first meal of the day and what did you do all night? You didn’t eat, which means you were fasting. Then you partake in those sunnies and toast and you’re breaking your fast. Hence, breakfast. 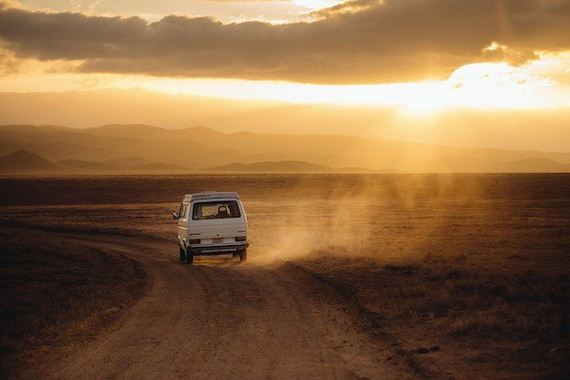 Journey
Not only are they an epic band, ‘journey’s’ also another word for trip. If you remember your high school French (if you had to take it), you’ll recall that ‘jour’ is the French word for ‘day.’ Then it’s easy to figure out that ‘journey’ is literally a day’s travel, while a ‘sojourn’ is literally a one day stay. Then you write about your day in a ‘journal’ and read accounts of the day’s news in ‘journalism.’