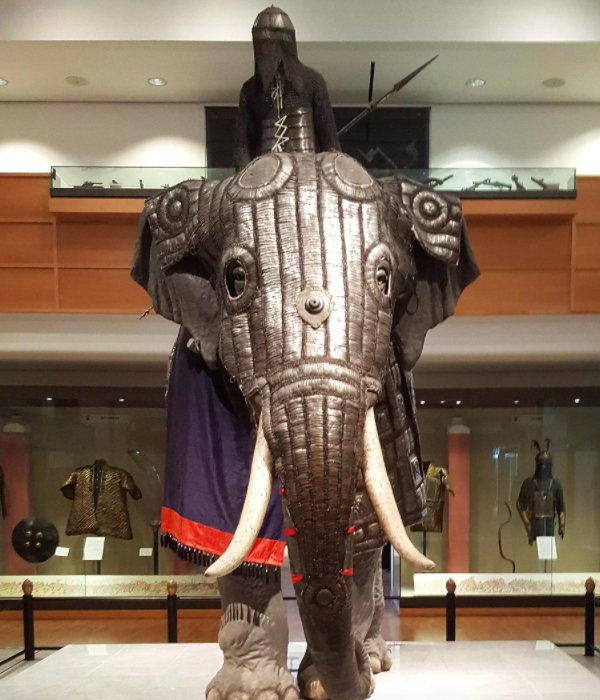 Weighing in at 260-lbs. and made up of 5,840 metal plates, this is the Guinness World Record holder for the largest suit of animal armor. 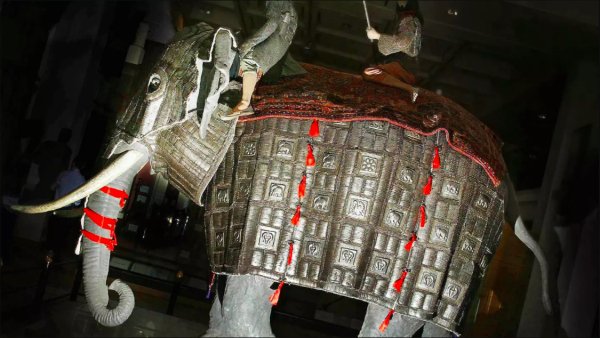 This life-size display is actually missing a part of the suit. The complete suit is estimated to be made up of 8,439 metal plates and weigh around 350 pounds. 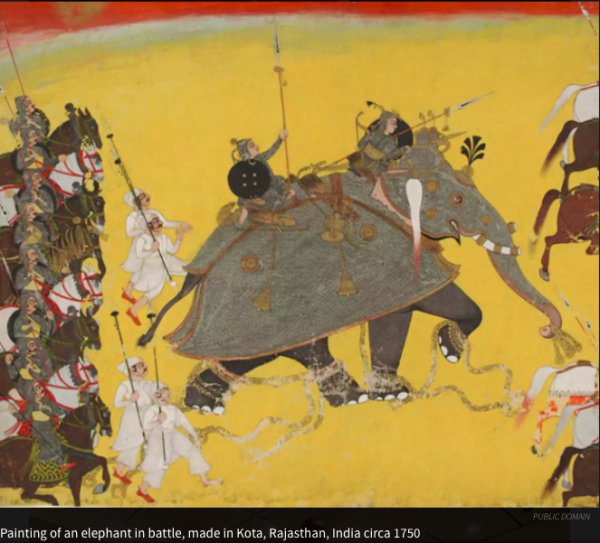 Take a second to think about how valuable the elephant was in battle…8-9 thousand individual plates of armor for one frontline animal. 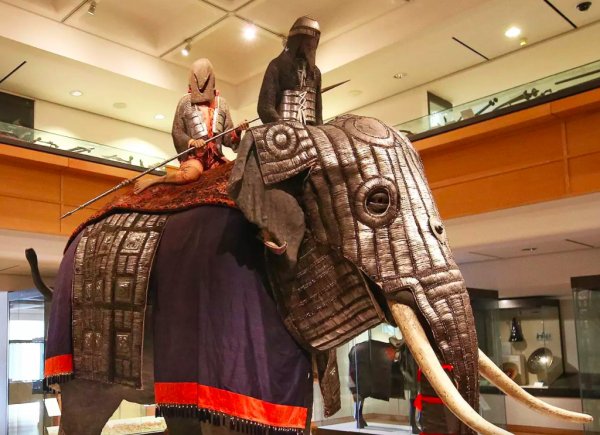 During the 16th century, elephants from the Northern India “Mughal” Empire were draped in this displayed armor. 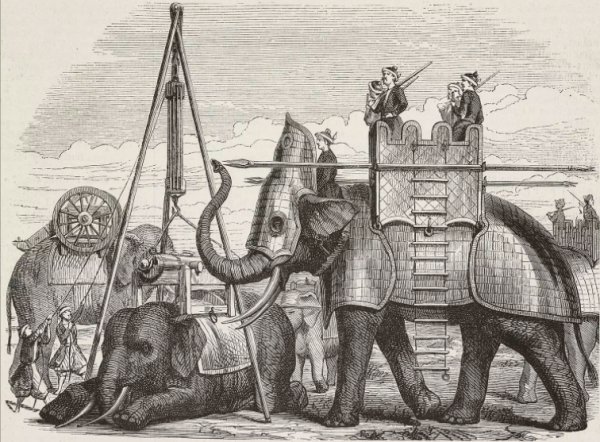 Use of the big ol’ elephants in battle can be traced back to 4th Century B.C. and they are credited with helping emperors such as Alexander the Great rise to major world power. 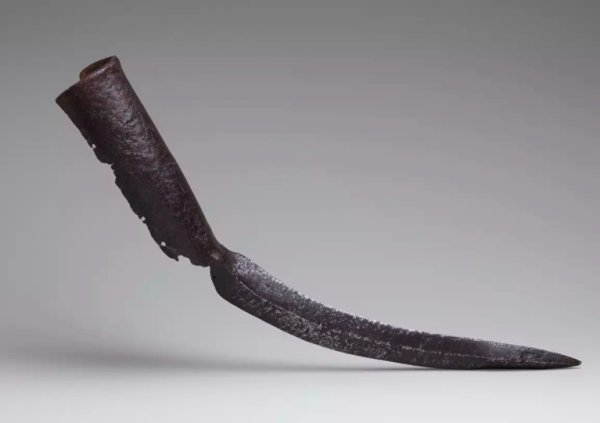 Beyond charging and breaking-up an opponent’s frontline, they often wore “swords” on their tusks that were covered with poison. 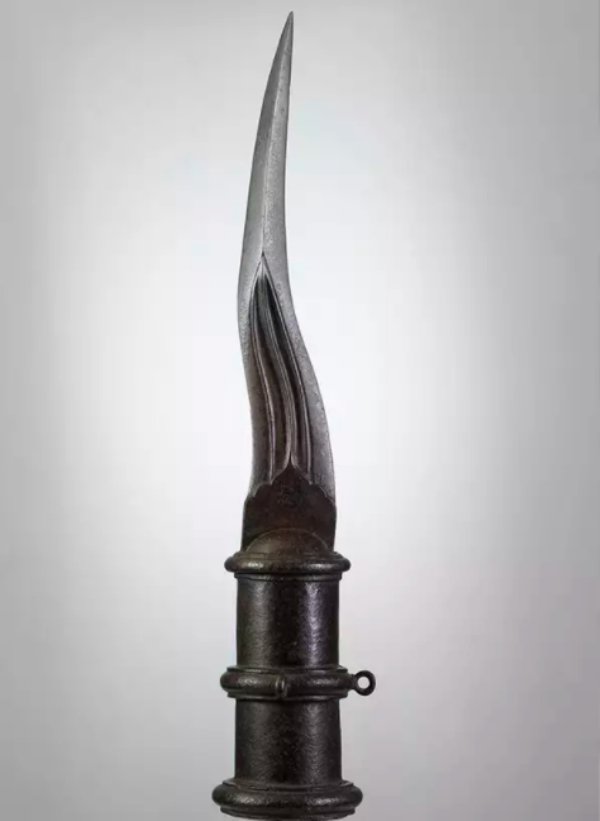 Keep in mind, most of the soldiers facing the incoming animal had never seen an elephant in their life…they didn’t know what was charging at them. That’s just gotta be scary-as-sh*t. 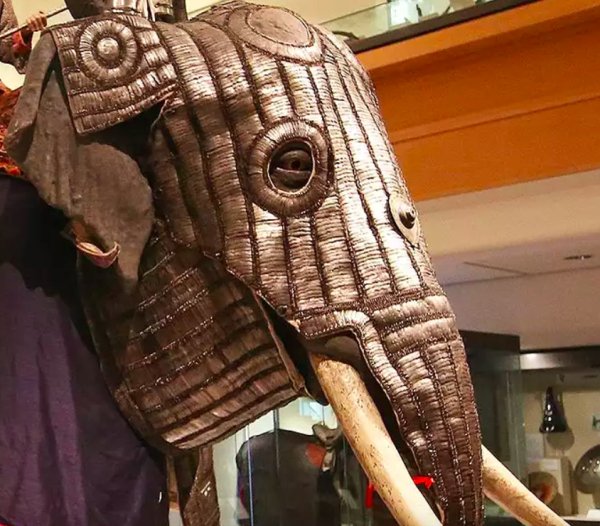 Every vulnerable section is covered such as the neck of the elephant. 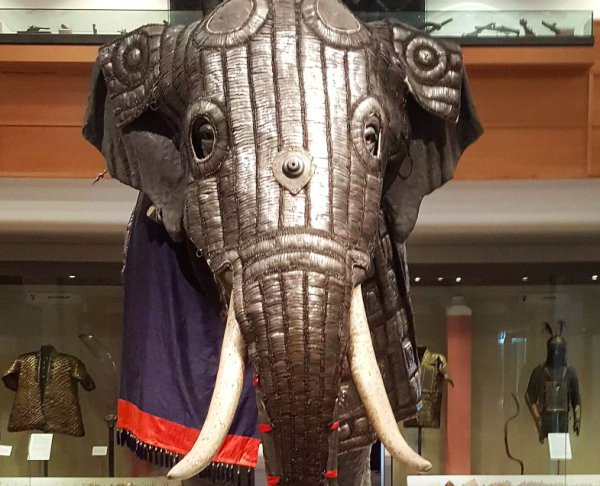 It is on display at the Royal Armouries National Museum of Arms and Armour in Leeds, Britain.