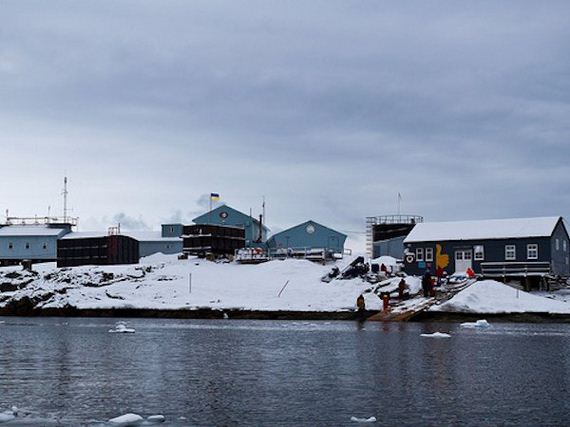 So whether or not you like to drink alone or you want to find a place where no one knows your name at the ends of the earth, here’s some of the most remote places to get shitfaced.

Don’t forget to pack some spare underwear and your passport! 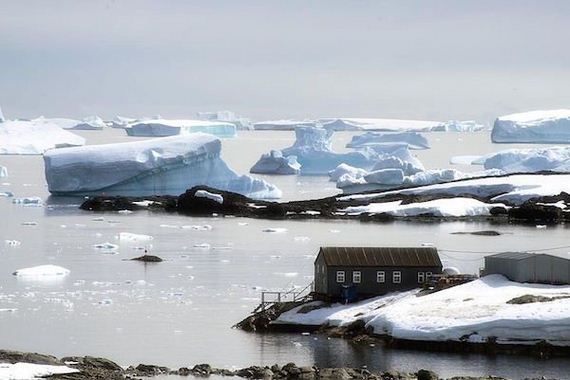 The Faraday Bar at Vernadsky Research Base; Galindez Island, Antarctica
Just a small Zodiac boat ride across frigid water will get you to Galindez Island, where there’s a tiny, one room bar inside a research station. According to the lore, the bar was built by carpenters, during the time the British had stewardship of the Island, and they used wood that was supposed to be used for a new pier, and created a bar instead. Good thinking.

Currently, the station is owned by the Ukraine, and the bar inside is reminiscent of the rustic British pubs, with exposed beams and a lively atmosphere. The local drink is a Ukrainian vodka made with the local glacial ice, which will run you $3 a glass, or is free with a donation of womens underwear. Sounds like my kind of place. 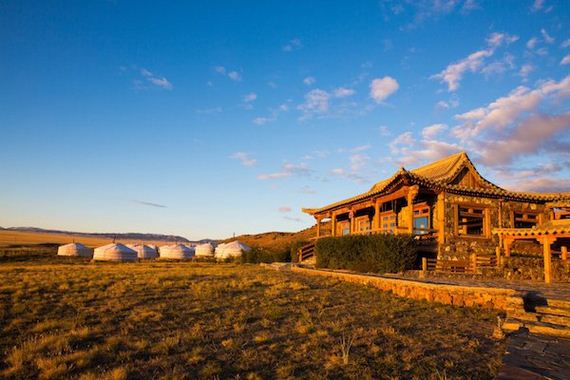 Three Camel Lodge; Gobi Desert, Mongolia
This hotel is a 90 minute drive from anywhere, and it’s about as remote as it gets for a hotel in the middle of nowhere. But they have a bar, which is all you need.

It also uses traditional Mongolian building techniques and architecture, as well as offering some unique takes on alcohol that will keep you warm under the endless desert skies. Remember, as hot as it gets during the day, you’ll freeze your ass off at night, so stay drunk and don’t wander off into the sand. 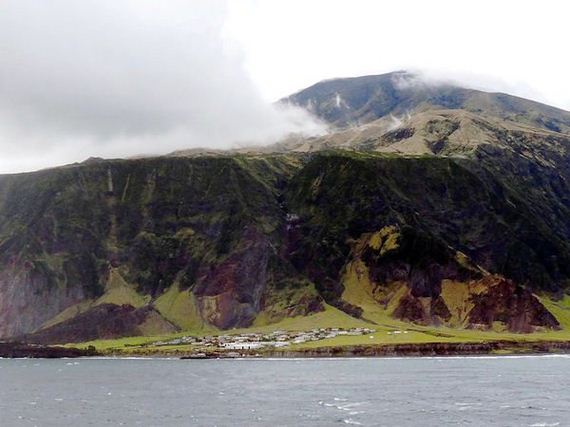 Albatross Bar; Edinburgh of the Seven Seas, Tristian Da Cunha Island
This is a small British settlement of close to 300 people that live 1,800 miles away from their closest neighbour, right beside an active volcano. Sounds like a brilliant reason to drink.

This small village was settled in 1818, at the base of the volcano as a strategic military location, and since then, this single room tap house has seen it’s share of volcanic threats and hurricanes. Surrounded by a farming community that lives with the treat of famine, disease, tropical storms and the shadow of the volcano, you can see the need for a tipple every once in a while. 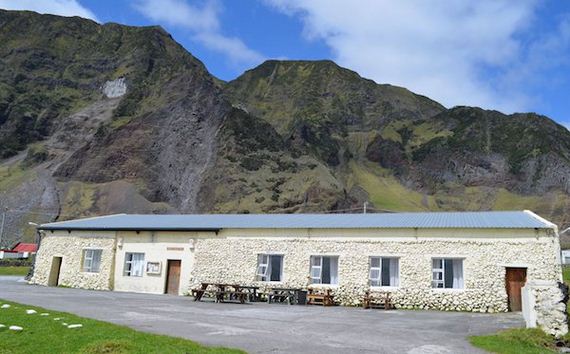 If this is what you’re looking for, it’s an 8 day trip on a fishing trawler that drops off supplies and picks up the local lobster, and odds are, they’ll put you to work on the way there. But if you make it there in one piece, have a lager for me and keep an eye on that volcano. 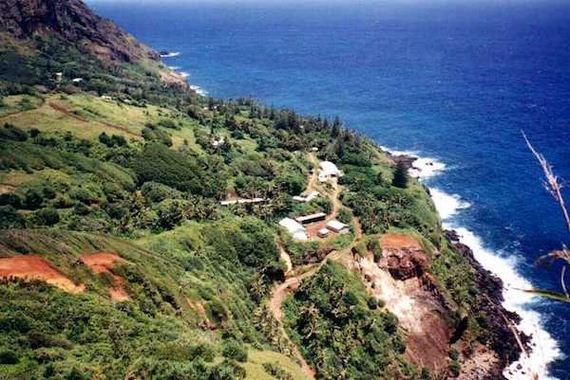 Christian’s Cafe; Adamstown, Pitcairn Islands
There’s no way to get here by plane and the boat schedule is very sparse at best, so you have to pick your moments, if you’re looking to run away and get plastered. Pitcairn Island is one of the most remote inhabited locations on earth, with it’s closest neighbour 1,300 miles away. This volcanic rock only has 50 permanent inhabitants, uses 3 generators for all it’s electrical needs, and of course, has exactly one bar.

This is the final landing place of the H.M.S. Bounty, which was the site of a mutiny in 1790, and the bar only started serving back in 2009, to the 50 descendants of that murderous crew. It’s only open one day a week; Fridays from 6:30 until late, so plan on being there for a week or two, so you can get at least two nights of drinking in, and sleep off your hangover next to the island’s sweet tropical beaches. 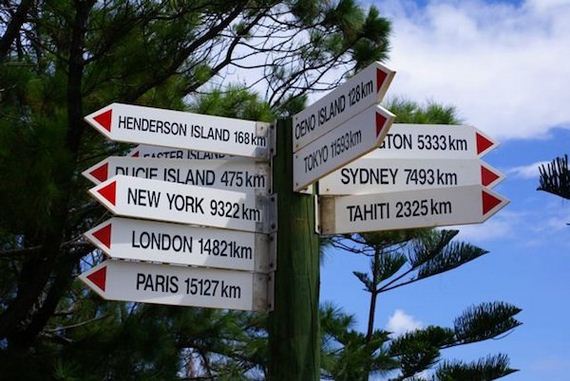 Just to show you how remote Pitcairn Island is, check out this sign. Middle of nowhere. You can be an ass, get super drunk and no one will recognize you. They might kick you off the island though, so don’t take it too far. 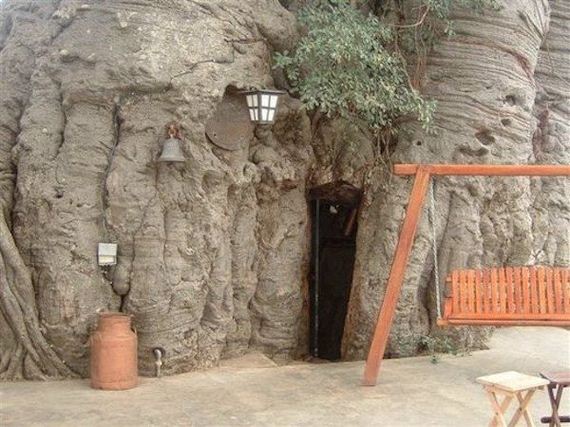 Sunland Baobab; Sunland Ranch, South Africa
For those not familiar with the term, a Baobab is a tree indigenous to Africa, with a wide, thick trunk and a small canopy. These trees grow incredibly wide, and in the case of the tree on Sunland Ranch, becomes something to be hollowed out and turned into a bar.

This tree is 155 feet around and 75 feet high and contains a bar the size of a railway car. It’s decorated in the English Pub style and it can fit close to 20 people comfortably. It even has it’s own natural cellar to keep drinks cool. 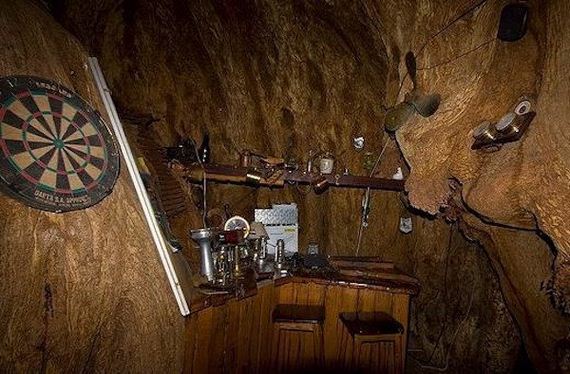 A look at the inside, incase you were curious. This tree has been dated to over 6,000 years old. A pretty awesome place to get drunk. Last time I drank in a tree, I broke my arm; this looks safer. 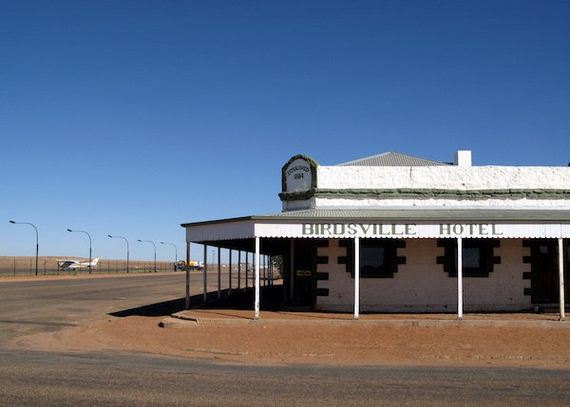 Birdsville Hotel, Birdsville, Australia
The Australian Outback is one of the most unforgiving places on the planet, and leave it to an Aussie to build a bar in the middle of nowhere, so that even the most lost, can grab a pint.

At the edge of the Simpson Desert is the town of Birdsville; population 273, and this 27-room hotel/bar offers shelter and refreshments for someone looking to get out of the 100 degrees of incessant heat. Built in 1884, the bar has three areas to drink in; two traditional outback pubs and an outdoor beer garden. Even though it’s pretty remote, it’s seen it’s share of bar fights and heartbreaks. 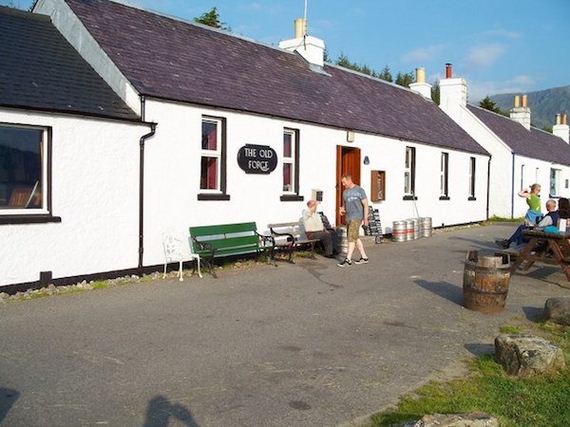 The Old Forge; Knoydart, Scotland
While some are the most remote on this list, this one is both hard to get to and holds the title according to Guinness. Originally a blacksmith’s forge on the shore of Loch Nevis, it became a social club in WWII, then a pub in the 80s.

There is no road to this alehouse, so it’s a 12 mile walk from the nearest car stop, but there are plenty of ferries that will get you there. It’s the perfect place to leave the world behind, and with impromptu musical performances, local brews and a full menu, if you get there, you’ll never want to leave. Forbes Island; San Francisco, California
This bar lives on a man-made island in San Francisco Bay. It could potentially be the only bar left in the world, if something were to happen to San Fran and this Island is just left to float away after an earthquake or something dramatic like that.

The island was built by a millionaire in 1975, and it contains a bar within a hut, with a lighthouse beside it and palm trees. Below the waterline is an upscale restaurant, with portholes so you can look out at the undersea life. Which could come in handy if the island is set out to sea to be the only bar for miles, in the middle of the ocean. 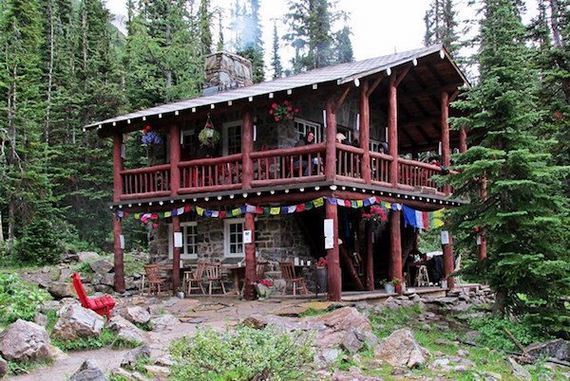 Plain of Six Glaciers Tea House, Banff National Park, British Columbia
After a 5km hike through the BC wilderness, out near Lake Louise, you find this rustic tea house, that actually serves more than just tea; but nice, cold Canadian beer.

Built by the Canadian National Railway in 1924, it’s a cozy and much needed waypoint in the wilderness, and a good place to just disappear into your cold brew. Ye Olde Trip to Jerusalem Inn, Nottingham, England
This is Englands oldest Inn, and legend will tell you that the crusaders stopped here for some liquid courage, before trying to take back the Holy Land.

The bar began as a brewhouse in the 12th century and is built into the side of a castle. 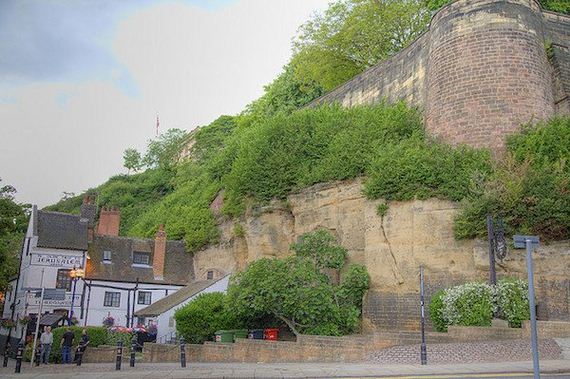 Within these older chambers of the castle, monks used to ferment the ales, and the bar currently uses old rooms and castle jail cells to store their kegs. This might not be in the middle of nowhere, but this has to be one of the coolest bars in the world. Plus, I’m sure Robin Hood drank here too, and he was a badass. Irish Pub as the Namche Bazaar, Nepal
When you’re climbing up Mount Everest, you’ve got to stop somewhere for a drink, right? This is legit, the highest bar in the world, and it’s a place to steel your nerve before making the climb.

This village is built into a steep slope, and the founder decided to call his bar ‘The Irish Pub’ and decorated it with a pool table, football and widescreen televisions, as well as the usual whiskies, drafts and even traditional sherpa alcohols to spice up your climb.

Getting here is tough, though. You need to fly into one of the worlds most dangerous airports (due to a short, sloped and perpetually frozen runway) and trek up the the village by foot, over two days to avoid altitude sickness. 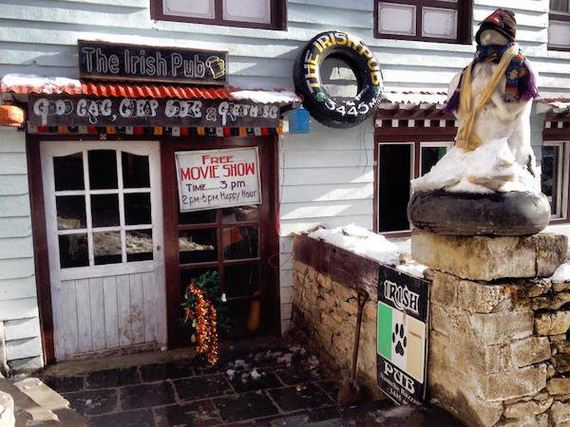 But is is worth it? Drinking at an Irish pub, on the highest peak in the world, with your game on the big screen? I’d say so. 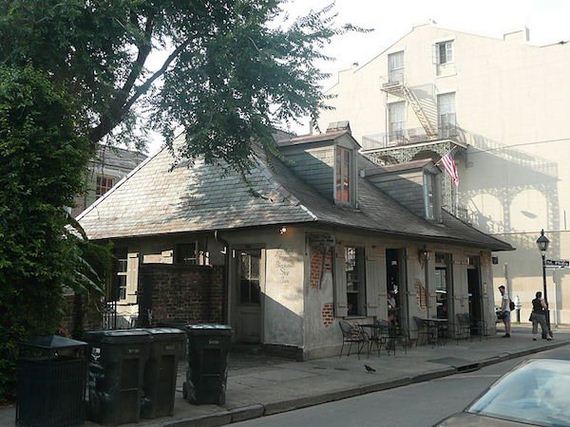 Lafitte’s Blacksmith Shop; New Orleans, Louisiana
Unlike the other places on the list, this bar isn’t hard to reach, but it’s one of the oldest bars in the US – open since 1722 and will most likely exist until the end of th world.

While the rest of Bourbon Street has been rebuilt and revitalized, this is the only remaining example of the French Colonial style that New Orleans was once known for. This joint has outlived crime, wars, fires and hauntings to remain as authentic as possible and you owe it to history, and to your liver, to get to falling-down-drunk-on-Bourbon-Street. Just don’t do anything sketchy for those beads… totally not worth it. 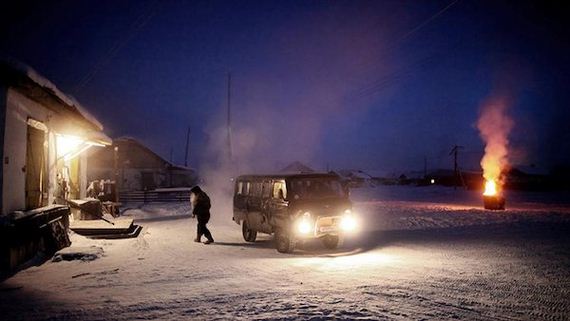 Lost Bar; Oymyakon, Russia
This is the Russian town with the lowest recorded temperature in a permanently settled establishment (-71.2C..fuck, that’s cold). So, to keep yourself warm, you need plenty of vodka. This is called the loneliest bar in the world and for a good reason. No one wants to visit, and it’s not even on the tourism map. It’s a small bar, in the middle of a frozen tundra, where drinking is the only thing that will keep you from freezing to death. Vodka is like antifreeze in your blood, so if you want to survive your isolation, keep knocking them back. 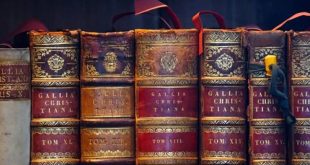 How Many People Know These English Words Exist?! We Need Some Answers Here…