While many self-isolate at home, others take an unconventional approach and do it at work 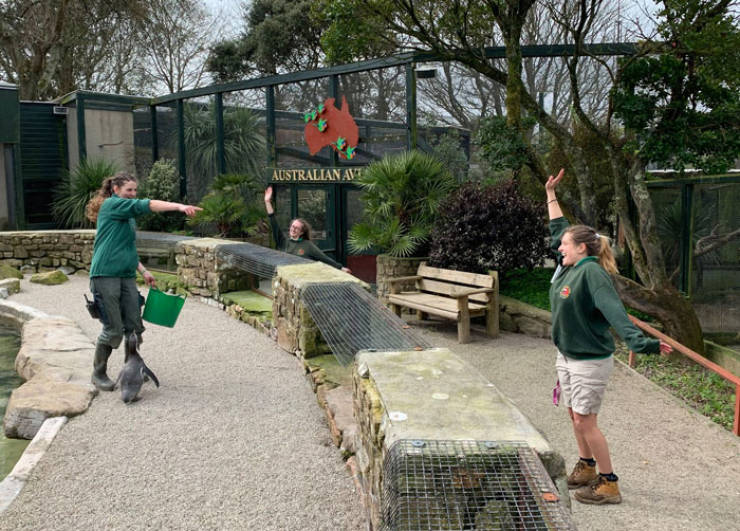 A bit over a week ago, Paradise Park, a wildlife sanctuary in Hayle, Cornwall, UK, announced that it would be temporarily closing its doors to the public due to the coronavirus outbreak. The park stated that it is now important for them to ensure the animals continue to get high-quality care and for that, they must guarantee the health and safety of their zookeeping staff.

In light of this news, four of its staff members—Izzy, Emily, Layla, and Sarah-Jane—have volunteered to move into the park and to self-isolate. During the 12-week self-isolation period, they will continue to be supported by a number of their colleagues coming in during their shifts. 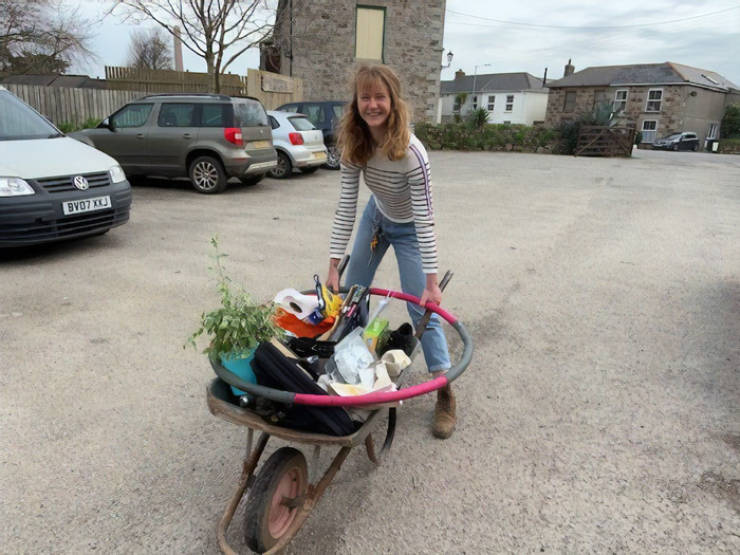 The reason why the four zookeepers decided to move into the Zoo’s onsite house was a precautionary one. Izzy explained that if worse comes to worst and all of the zookeeping staff is unable to work, at least she and her three colleagues will be able to pick up the pace in taking care of the animals.

Paradise Park is home to around 1,200 birds as well as a number of various mammals like red (probably bored) pandas, red squirrels, Asian otters, harvest mice, and the Fun Farm animals. With over a thousand animals living in the zoo, looking after, feeding, cleaning, medicating, and doing other vital activities is no easy task even without the pandemic over one’s shoulder.

This was done as a precaution, making sure that there are at least 4 employees on duty if others cannot work 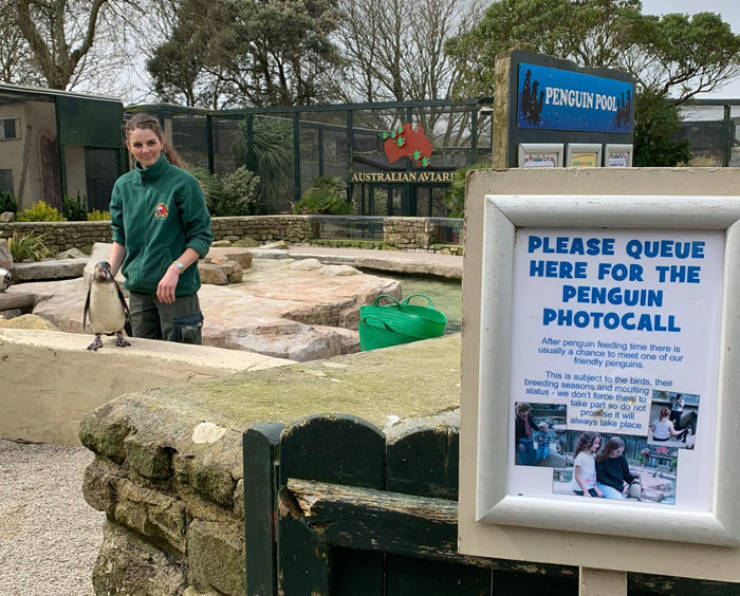 The 4 zookeepers look after, feed, and clean over 1,200 animals, and keep up their daily routine 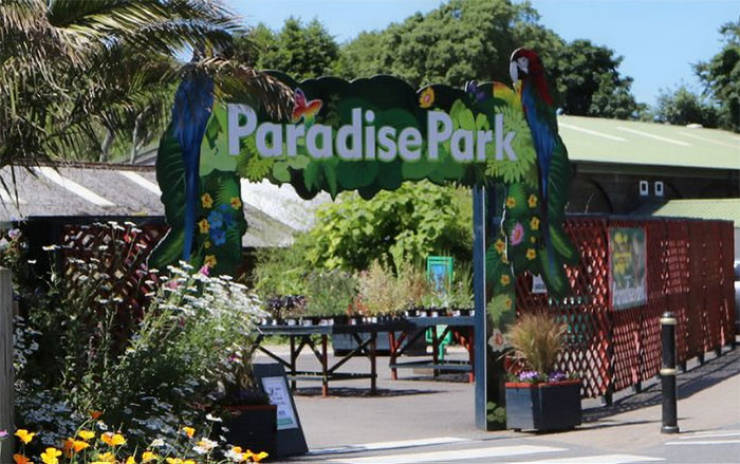 The self-isolating zookeepers explained that they are keeping up the zoo’s daily routines, including the ones with the Humboldt penguins. Starting Easter, the zoo will begin doing what they call Photocalls—a handful of visitors are chosen to help with feeding the penguins, to pet them, and to take photos.

They are also keeping up with the schedule to train their eagles, vultures, hawks, and a number of other bird species who take part in the zoo’s free-flying displays that take place during the summer.

During the 12-week isolation, a number of coworkers will rotate to support the self-isolating zookeepers 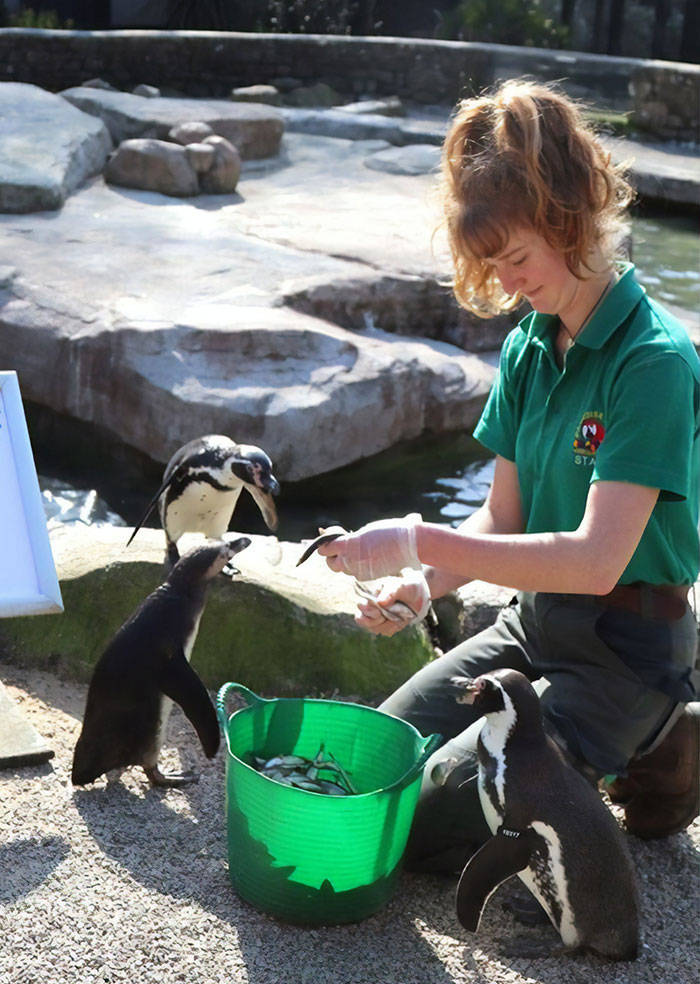 Now, the zoo may have closed its doors, but it still provides a window for the super-curious. Paradise Park keeps its social media pages regularly updated and also runs live webcams, allowing visitors to see some of the wildlife from their homes.

However, without the active daily patronage due to the pandemic forcing many public locations to close, Paradise Park has also lost much of its income. In response to this, the zoo’s staff members have launched a GoFundMe campaign in hopes of covering food and other vital expenses, which amount to over $1,500 per week. Consider donating here. 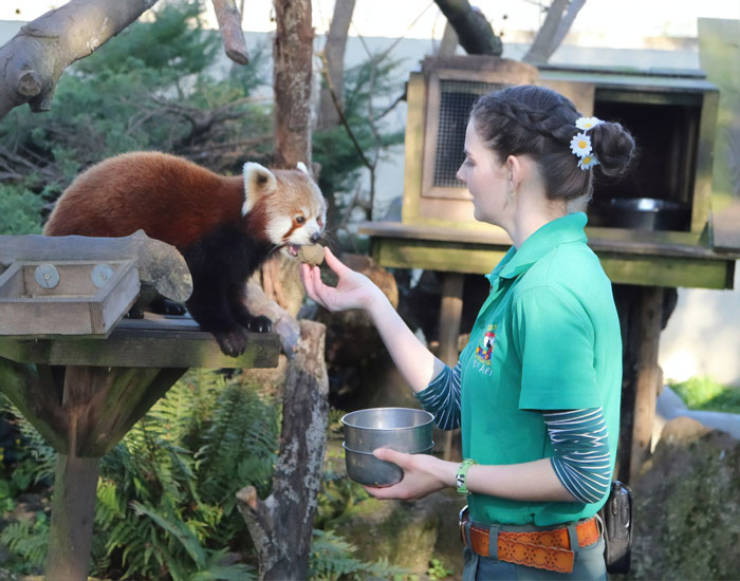 Paradise Park may be closed, but it keeps its social media regularly updated with pictures and live webcams