10 of the biggest heists in history 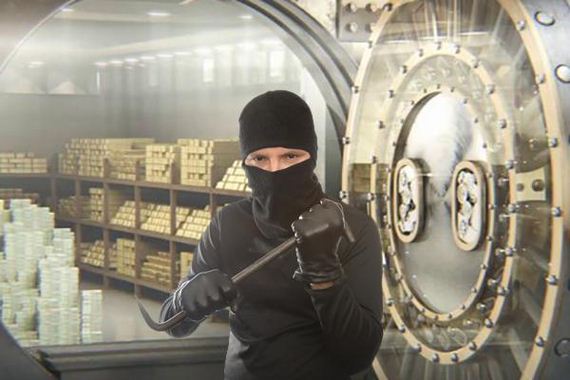 Heist movies like Ocean’s 11 and The Town have always captivated audiences. The thought of getting rich over night and the danger that comes along with planning and executing the perfect heist. Everybody has secretly thought about being in one at some point in time, admit it.

Here are the top 10 heists that actually happened. 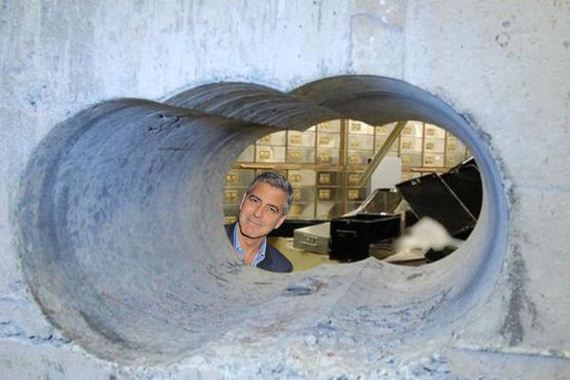 Hatton Garden Safe Deposit Burglary – €200m
London
Reading like something out of an Ocean’s 11 movie: six men skillfully pulled off a jewelry heist during Easter weekend. After gaining access to the roof, the men disabled the elevator shaft on the second floor and then repelled down to the basement where they were able to locate the vault containing safety deposit boxes full of jewelry.

After disabling a highly-sophisticated security system, they used a heavy duty diamond-tipped drill to create a hole into the 6 feet thick, reinforced concrete wall gaining access to the vault. After 11 hours working throughout the night, the men finally left at 8am. Amazingly after 2 days of going undetected, the men returned to loot the vault even more before leaving one final time… topping their robbery at around €200 Million.

I thought this was going to be one of the greatest unsolved heists of all time but yesterday, Scotland Yard arrested 9 men in connection with the robbery. 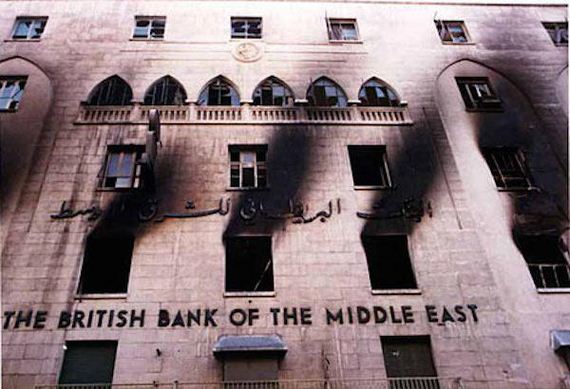 British Bank of the Middle East – $206 Million
Beirut
In the 70’s while Beirut was in the midst of a civil war, Yasser Arafat found a perfect opportunity amidst the chaos to seize a large portion of money for his Palestine Liberation Organization.

On January 20th 1976, the PLO blasted through a wall shared with a Catholic church into the British Bank of the Middle East. With the help of Corsican locksmiths, the group was able to crack the vaults and plunder all of its contents which contained gold bars, cash, stocks, and jewelry. The haul was so large it had to be transferred to cargo planes by trucks before being flown out of the country.

The value of the heist is estimated to be around $206 million, adjusted to today’s economy. 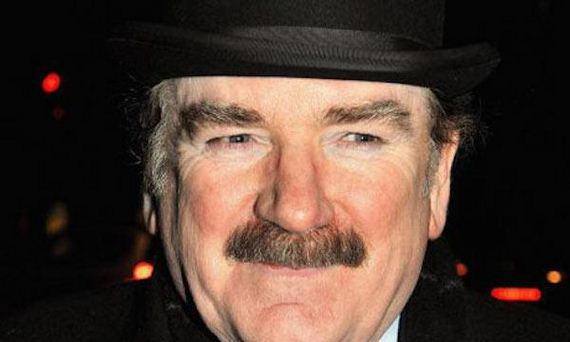 SMBC London Robbery – €229 Million
London
A network of offshore accounts, countless passwords, and intercepted account information later, an elaborate plot to steal €229m from Sumitomo Mitsui Banking Corporation came so close to becoming the perfect heist that it was only foiled by a few electronic forms that had been filed incorrectly.

Hugh Rodley, a 61-year-old from Gloucestershire was the supposed mastermind behind the plot. He hired a ring of hackers and traveled to various countries to establish offshore accounts. The group sent money transfer orders to the banks which should have transferred mass amounts of money to Spaon, Dubai, Hong Kong, Turkey, and Israel. Unfortunately for them, they made errors filing the paperwork which eventually led to their arrest. 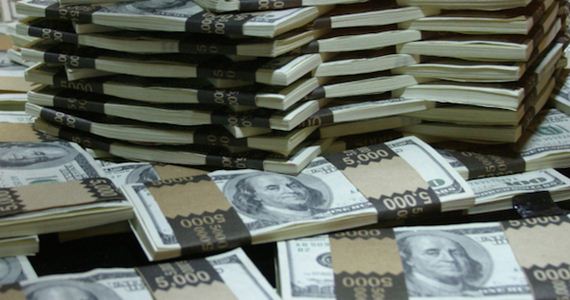 Dar Es Salaam Bank Robbery – $282 Million
Baghdad
In 2007, several guards at the Dar Es Salaam Bank made off with more than a quarter-billion dollars. The bank had an unusually large amount of cash on hand at the time and when the day shift arrived at the bank that morning, they discovered the doors were unlocked and the vaults were empty.

Officials believe the guards had help from local militia because it would have been difficult for them to move without being searched throughout the many checkpoints in Baghdad at the time. 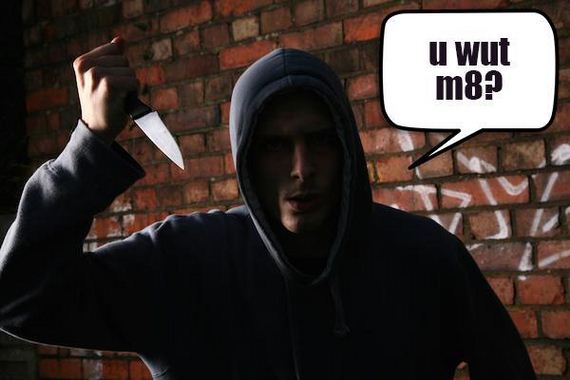 City Bonds Robbery – €292 Million
London
One night in 1990, a 58-year-old messenger with Money Broker Sheppards was mugged at knife point. The messenger was carrying Bank of England Treasury bills and certificates of deposit from banks and building societies. The bonds were as good as cash. The mugger made off with 301 Treasury bills and certificates valued around €1 each for a total haul of €292 million.

Five people were charged for their part of the robbery and handling of the bonds. The mugging was believed to have been carried out by a man named Patrick Thomas, a petty crook from south London. Before he could be charged, he was found dead from a gunshot wound to the head. The London police and FBI managed to recover all but two of the 301 bonds. 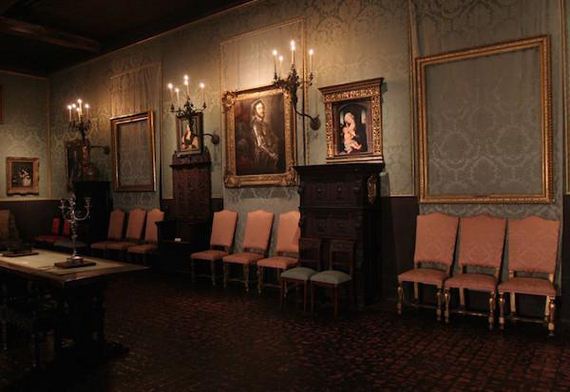 Gardner Museum Robbery – $500 Million
Boston
At 1:24am on March 18, 1990 while the city was preoccupied with St. Patrick’s Day celebrations, a pair of thieves dressed as Boston police officers buzzed the door to the museum and ordered “Police! Let us in.” After gaining entry to the museum, the thieves told one guard “You look familiar, I think we have a default warrant out for you.” He was ordered to stand against the wall and was handcuffed. The second security guard was arrested upon arrival as well, and when he asked why he was being arrested, the thief responded “You’re not being arrested, this is a robbery.”

With the guards successfully out of the way, the thieves took their time and left with 13 pieces of art totaling $500 million. The artworks have yet to be returned and the crime has gone unsolved. 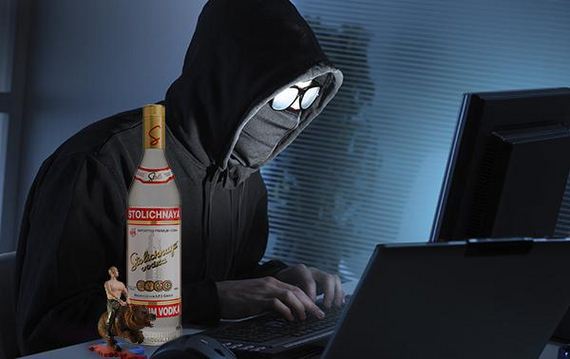 Russian Hackers – $1 Billion
International
A Russian hacking ring has stolen an estimated $1 billion from banks over the past 2 years. The hackers use a number of techniques to gain access to a banks systems, learn about the bank’s operations, and then use that knowledge to transfer money through fake accounts – even programming ATMs to dispense money at specific times.

The hacking ring never takes more than $10 million from a bank before moving on to the next, targeting over 100 banks in 30 countries, and remaining undiscovered to this day. 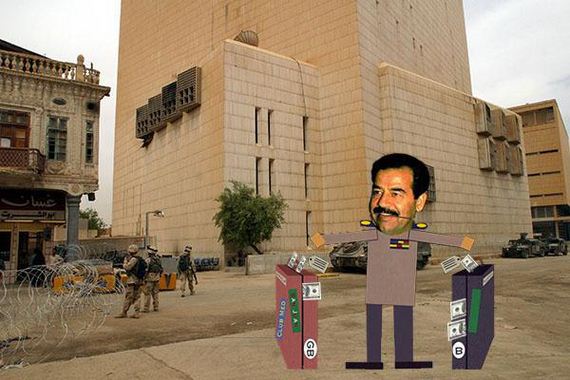 Central Bank of Iraq Robbery – $1 Billion
Iraq
In the opening hours of the Iraq War, Saddam Hussein ordered his son and a close advisor to cart off $1 billion dollars from the Central Bank of Iraq in what would become the largest bank heist in history.

With American bombers preparing to drop the first bombs of the Iraq War, Saddam needed to secure enough finances to guarantee his survival. He handed his son and the close advisor a hand-written note and signature which was used to authorize the removal of THREE tractor trailers worth of money with absolutely no questions asked. It took a team of workers two hours to load the $1 billion to the trailers before they departed. 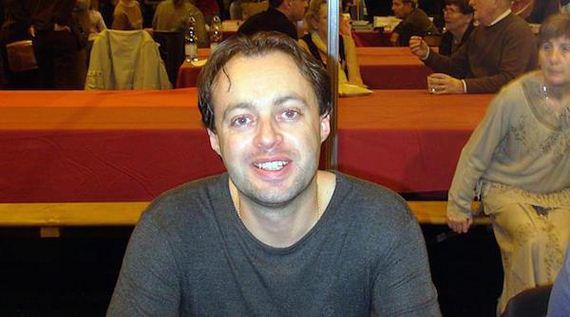 Stephane Breitwieser – $1.4 Billion
Europe
As close to a movie cat burglar as you can get, Stephane Breitwieser was a French waiter that stole 239 artworks valued at $1.4 billion in total. Stephane is unique in that he did not steal for profit but instead considered himself a connoisseur, and only stole to build his personal collection.

His thefts came from 172 museum over 6 years, while traveling Europe as a waiter. His most valuable theft was that of Sybille, Princes of Cleaves valued at €5 million. He kept his stolen art in his bedroom at his mother’s house.

He was caught in 2001 and received only a 3 year sentence.