14 Cartoons That Are So Detailed

In Cars, the mountains are shaped in the form of vintage cars.

And the clouds leave trails of tires! How cool is that? 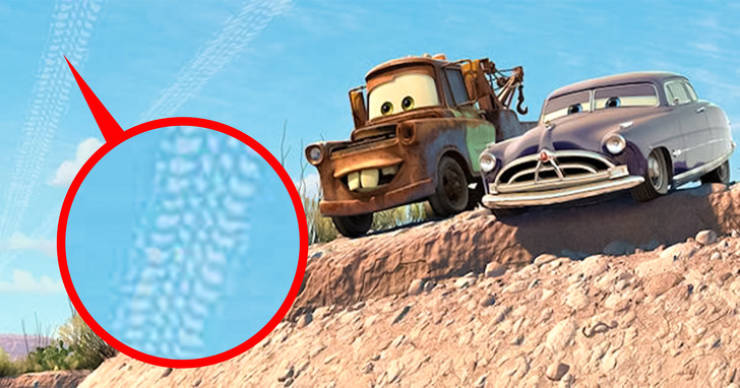 In the opening credits of Toy Story 2, the stars were compiled together in the shape of the Pixar lamp. 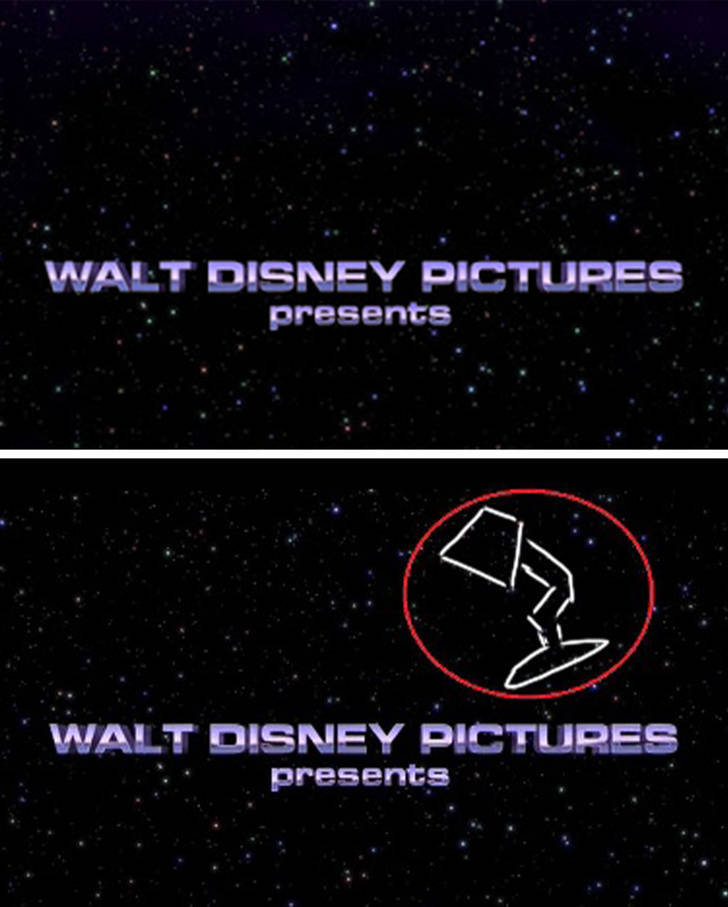 In Zootopia, Nick still kept the handkerchief from his scout uniform safe with him. 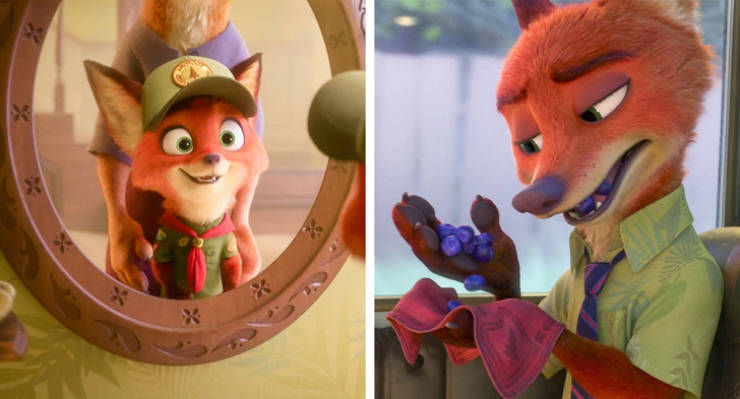 In Aladdin, the genie sings, “Well, Ali Baba had them forty thieves, Scheherazade had a thousand tales.” 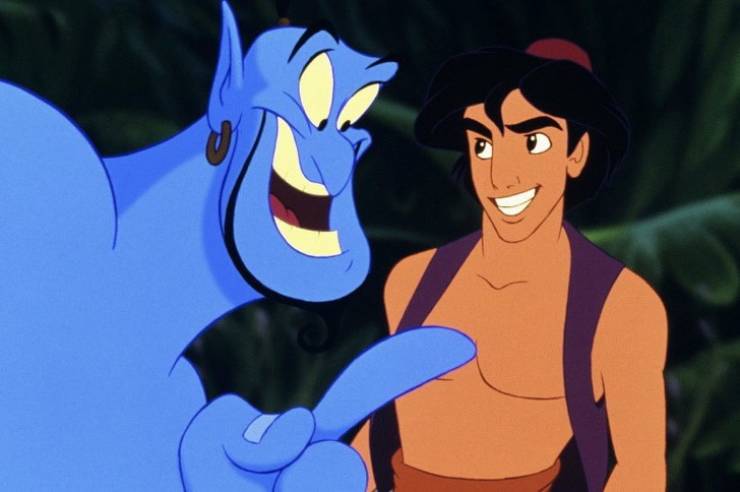 But Scheherazade had 1001 Arabian tales and Aladdin was one of them. 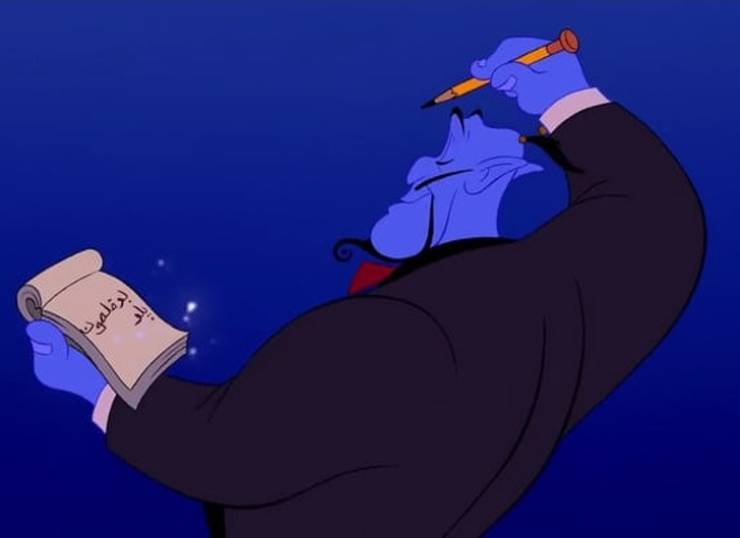 In The Princess and The Frog, the shadow of Dr. Facilier turned into skulls and crossbones on the wallpaper. 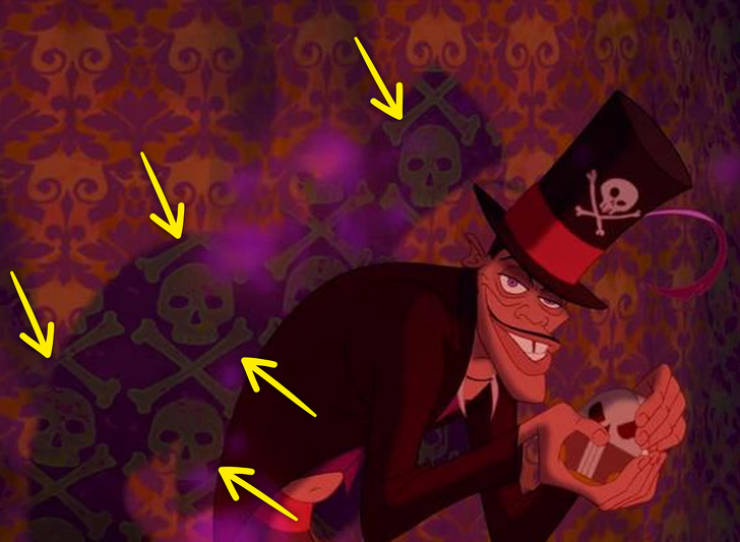 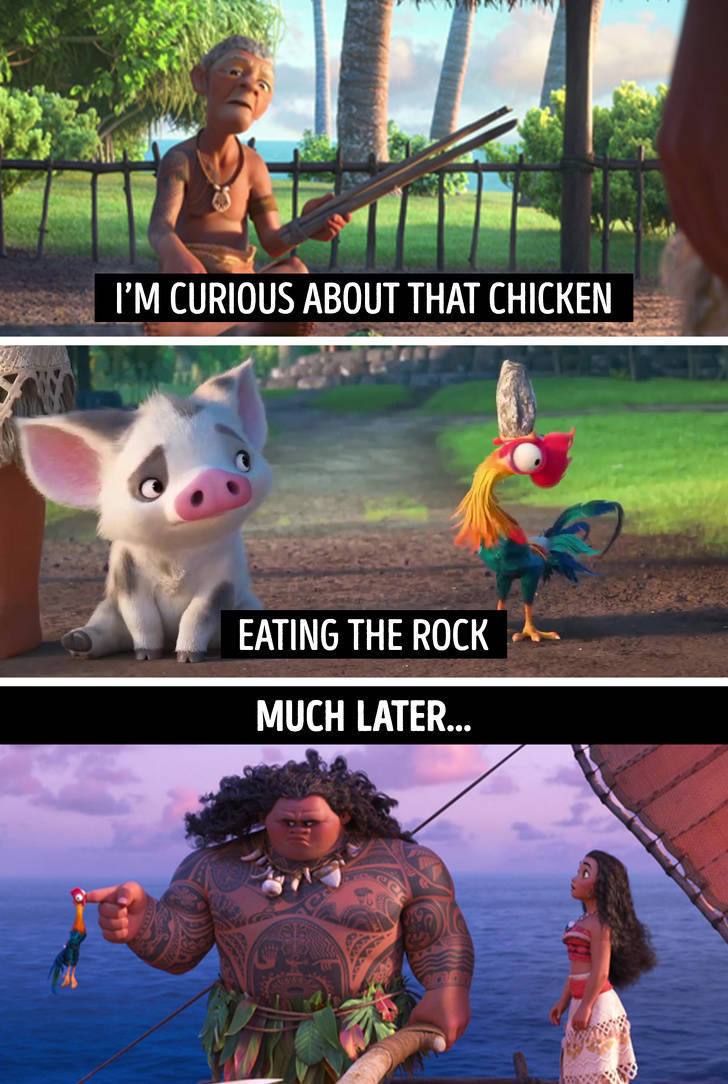 And funnily enough, Maui’s voice was dubbed by Dwayne “The Rock” Johnson.

According to the moviemakers of Up, Carl looked so square because he was so stubborn and confined to his own house. 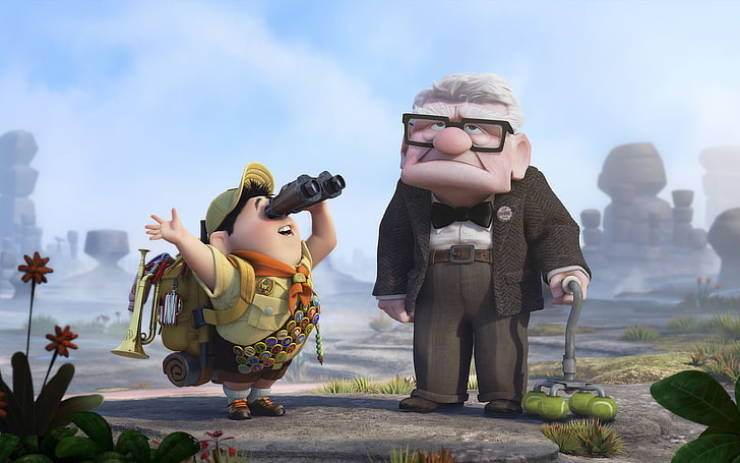 Whereas Russell looked more round like a free balloon or a spinning top, just like his vibrant nature.

But during his childhood, Carl looked more round because he was always on the lookout for adventure and excitement. 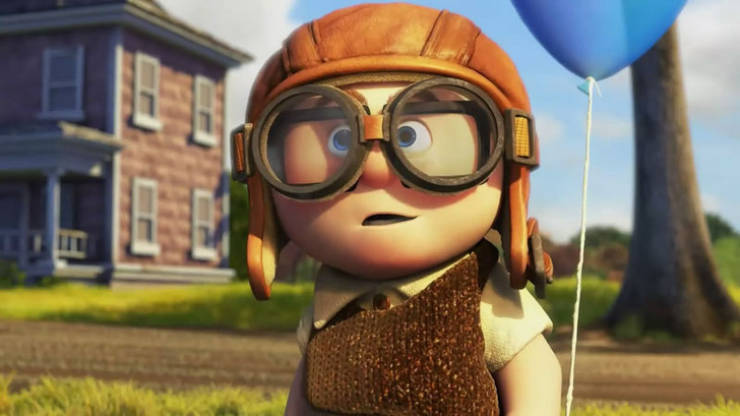 In Big Hero 6, Honey Lemon’s purse had periodic table buttons on it, which means that she could create chemical formulas on this device. 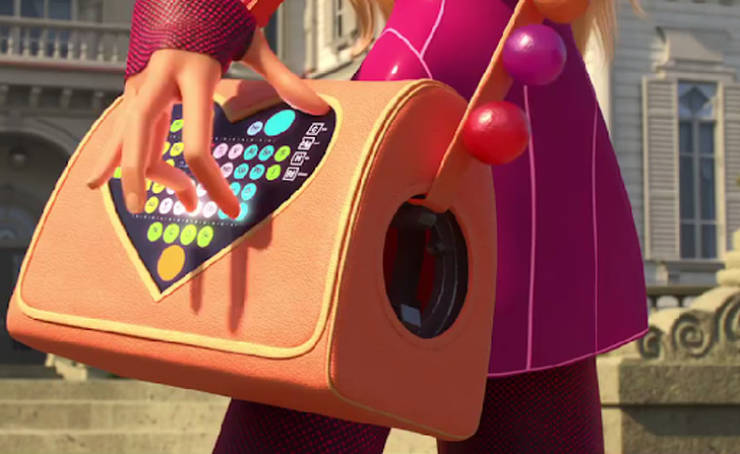 In Monsters University, the address on the business card is the actual address of Pixar Animation Studios. 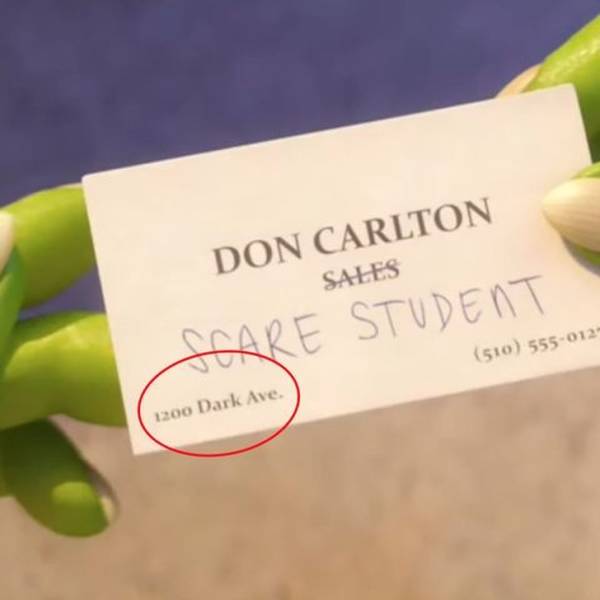 In Toy Story, the books on the shelf behind Andy are previous Pixar shorts. 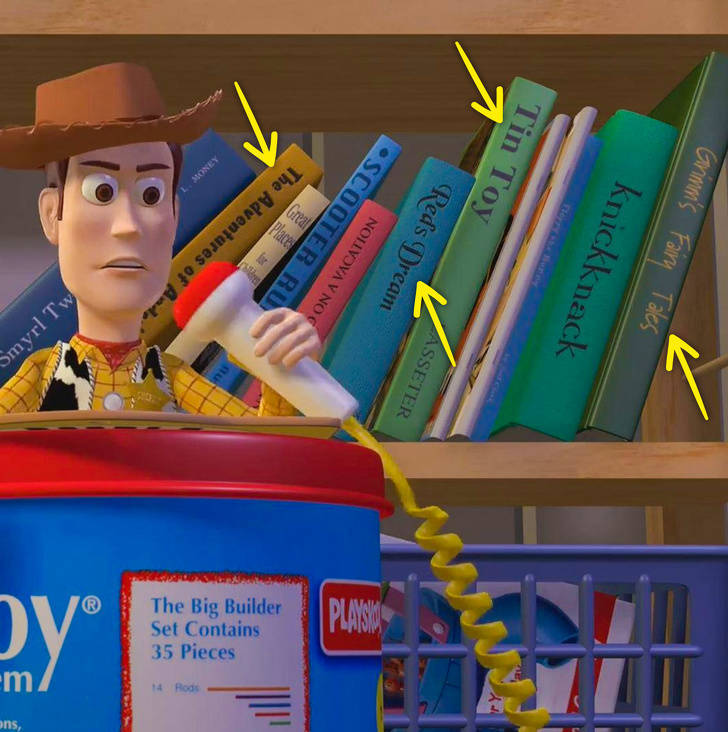 In Inside Out, Joy’s character is so bright that she doesn’t cast any shadow and is literally the source of light. 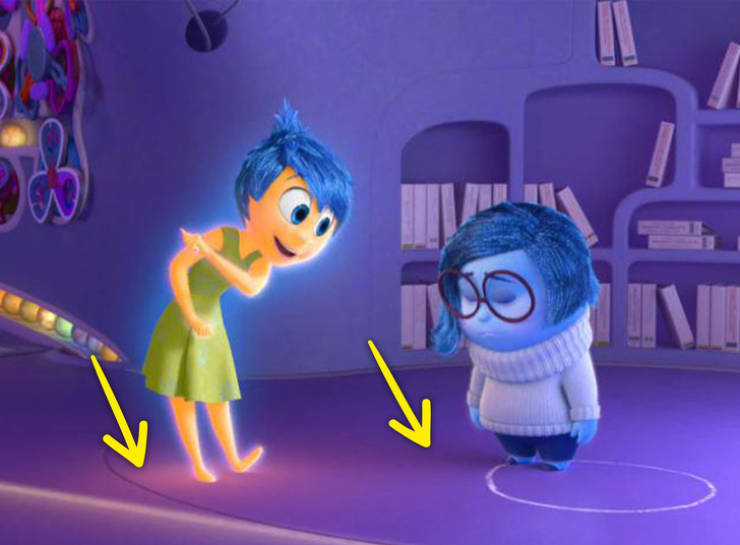 In Wreck-It Ralph 2, when the Disney princesses save him, the music in the background is a mashup of each of their movies.

In Zootopia, Judy had animal-themed pun songs on her iPod.

In Monsters, Inc., you can see Jessie from Toy Story and the legendary Pixar ball in Boo’s room. 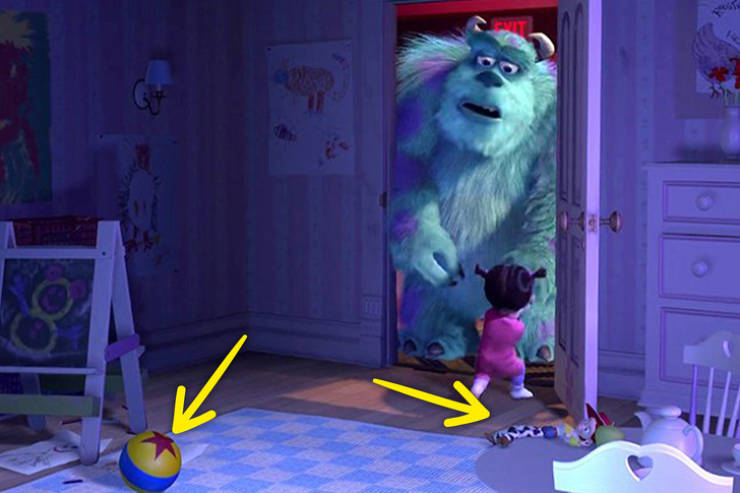 Bonus: In Mulan, the musical numbers were meant only for the first half of the film until the village was destroyed. This was done to give the movie a gloomier feel. 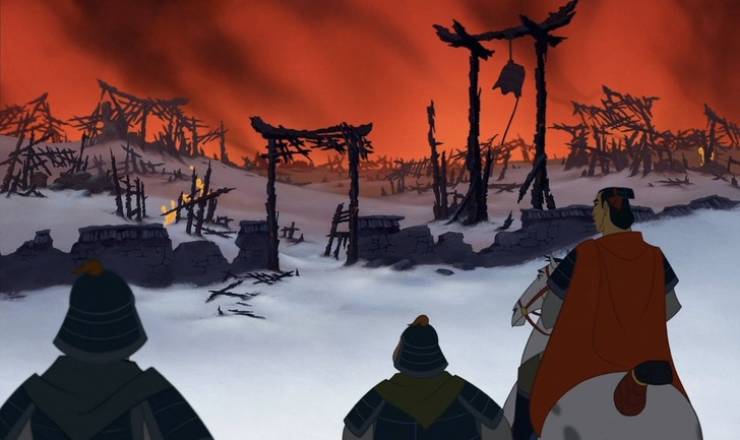