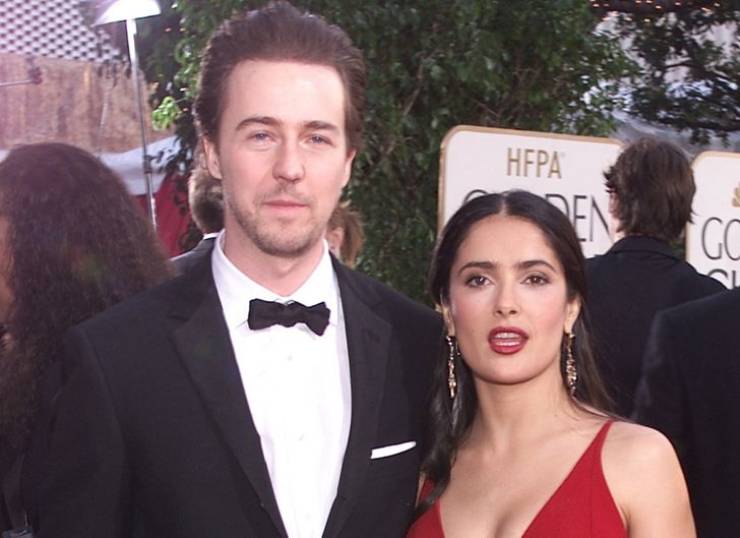 y the end of the 1990s, Salma Hayek and Edward Norton were living a great moment in their respective careers as actors. At the same time, they were maintaining a romantic relationship that few people remember today. Their romance began in 1999, and didn’t end until 2003. During this time they were able to protect their private lives very effectively. They made very few public appearances, which might explain why we don’t really think of them as a couple anymore. They didn’t let themselves be seen together in front of the cameras, except, of course, when it involved shooting a movie, like when they worked together on the film Frida. 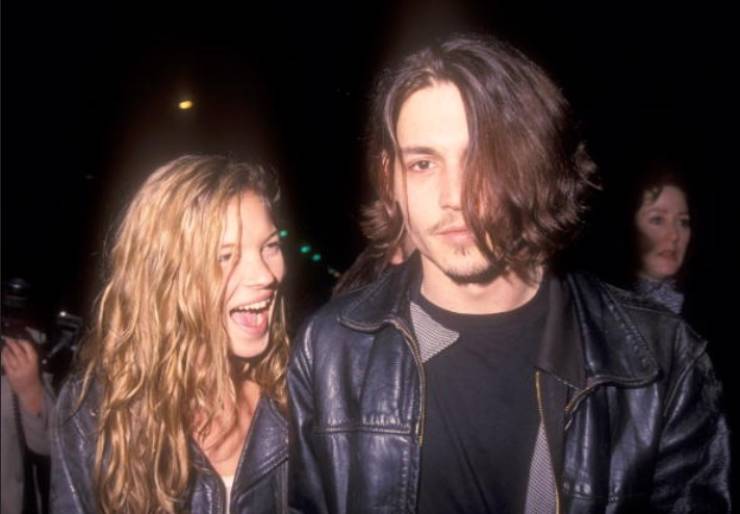 They started dating when she was 20 and he was 31. Depp was already a very successful actor and Moss was a young successful model that had everyone at her feet. They had a relationship marked by scandal, mischief, and excess that resulted in a broken hotel room worth thousands of dollars in damage. In 1997, after almost 3 years in a relationship, they decided to part ways. However, in 1998, they were seen together again during the Cannes Film Festival. 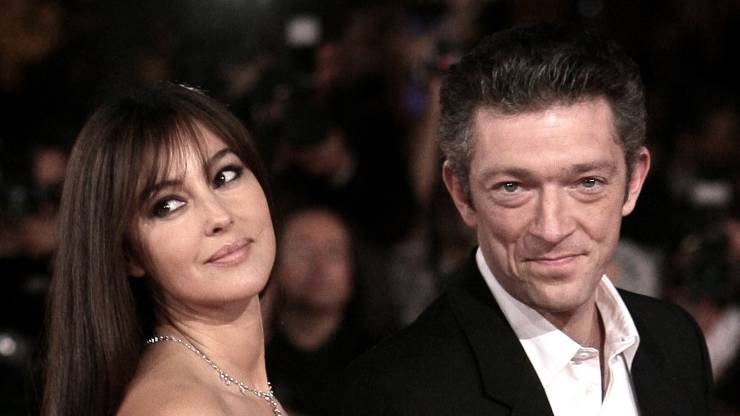 Both are considered to be big shots in European cinema. Their love arose while they were filming the movie, The Apartment, in 1996. They were even married for 14 years and had 2 daughters, however, they ended up divorcing in 2013. Due to being an iconic couple in the cinema world and their incredible popularity, their breakup made it into all the tabloids at the time. 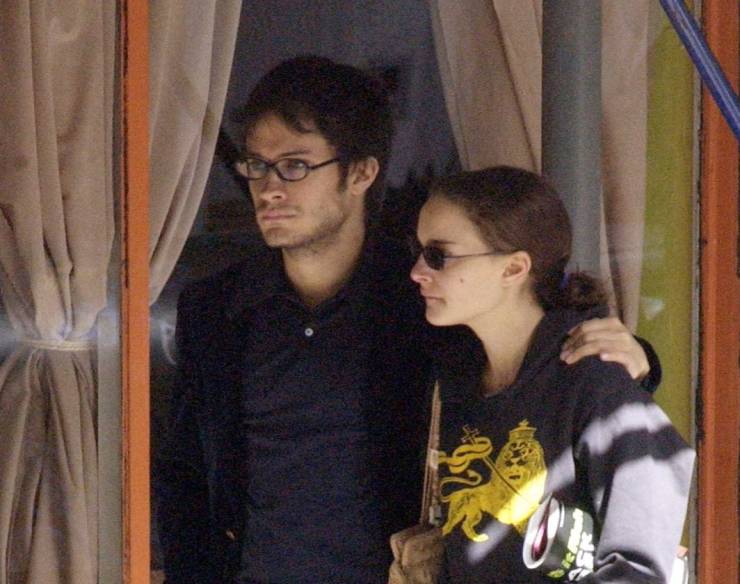 Natalie Portman and Gael Garcia Bernal dated in 2006, and during this time, the 2 could be seen at various places together, like the China Club in Berlin or the 2007 US Open Tennis Championships. Since then, however, Portman married French dancer and choreographer, Benjamin Millepied, in 2012, first dating him in 2009, and Bernal would later move on to a relationship with Argentinian actress Dolores Fonzi from 2008 to 2014. 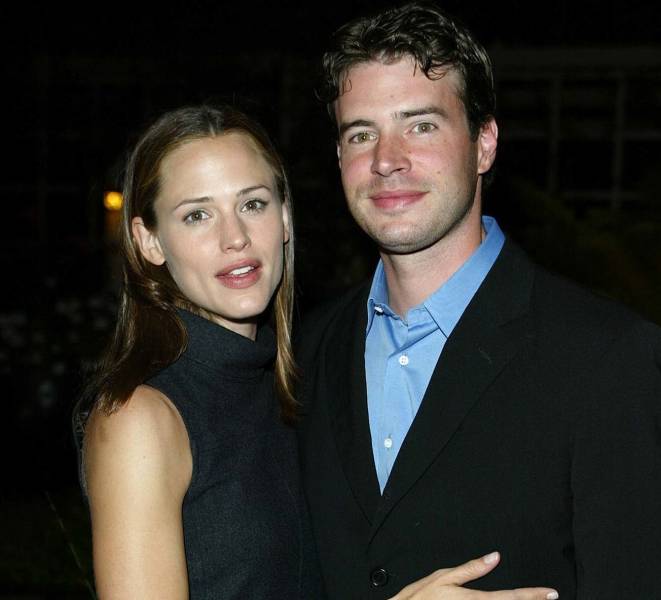 The young actors were just beginning to make a name for themselves in the entertainment industry when they met in 1998. They were working together on the series Felicity. They got married in 2000, when they were both 28 years old. In the meantime, Jennifer became a big celebrity, and in 2003 word spread that they had decided to break up. Although they said it was all done in a friendly way, Garner said she and Foley actually were “really victims of Hollywood.” 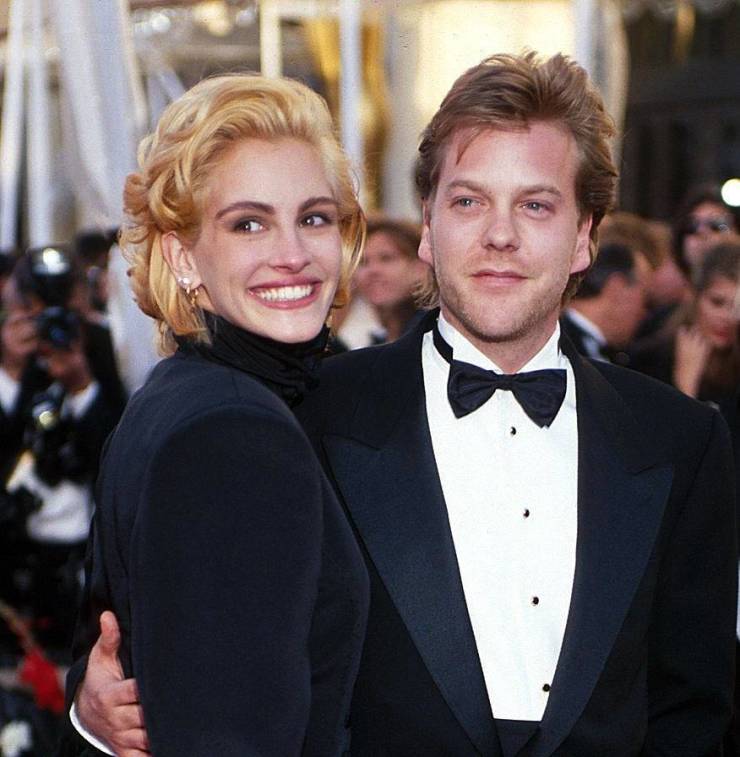 Flatliners was the film in which these 2 actors shared credits and fell into the grips of love. They even got engaged and were supposed to be married on June 14, 1991, in Los Angeles. But Julia Roberts became a true runaway bride when she cancelled the wedding 2 days before and ran away with Jason Patric, a friend of Kiefer’s, to Ireland. In 2016, Kiefer talked about it and said he admired the courage that his then-girlfriend had when she made that call. Not everybody would dare to do that… 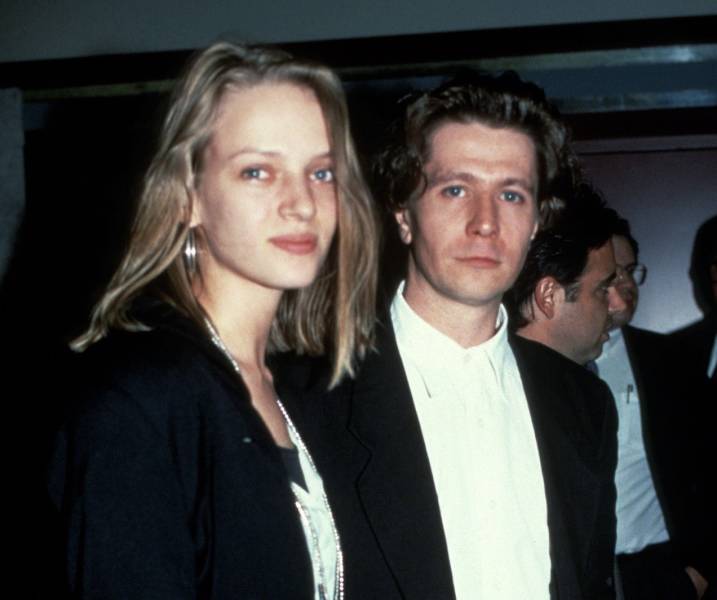 In 1990, shortly after ending his marriage with his first wife, Lesley Manville, Gary Oldman entered into a relationship with actress Uma Thurman. By the start of the following year, the couple was married and living together. However, 11 months later, the relationship ended. She reportedly broke up with him by writing a letter saying that he was impossible to live with. Thurman later said that it takes a special kind of woman to put up with him. 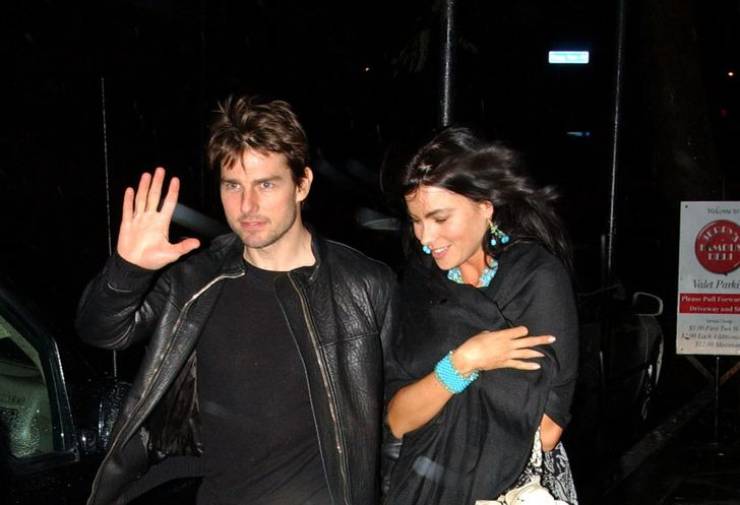 In 2005, Tom Cruise and Sofia Vergara dated for a while. But as it was revealed in the actor’s official biography, this was not just any relationship for Tom, because he did everything to get to know her and then wanted to marry her. However, Cruise’s interest in Scientology was something Sofia did not share, so that put distance between the 2 before they broke up. 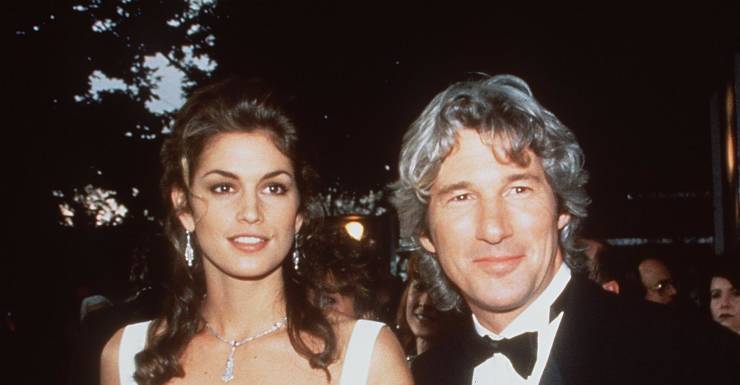 It was the 1990s, and Richard Gere was one of the most famous actors around after starring in the iconic film, Pretty Woman. And at the same time, Cindy Crawford was a highly regarded supermodel. Together, they became one of the most popular couples at the time. They got married in 1991 in an improvised wedding that took place in Las Vegas, where only close friends were invited. Gere was 42 and Crawford was 25. But the breakup came soon after in 1995. 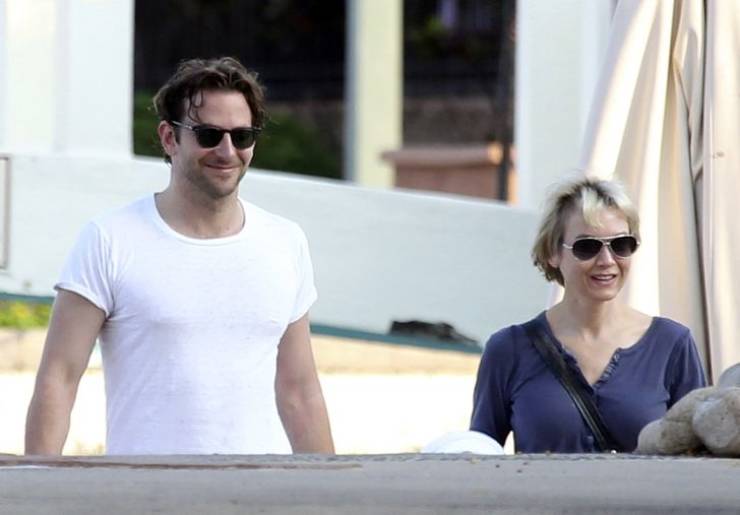 Their romance began while they were working together on a film called Case 39, Cooper said at the time. Their relationship started in 2009 and lasted until 2011. Very little is known about the reasons behind their breakup, as they were always very discreet and wouldn’t let themselves be seen together on many occasions. 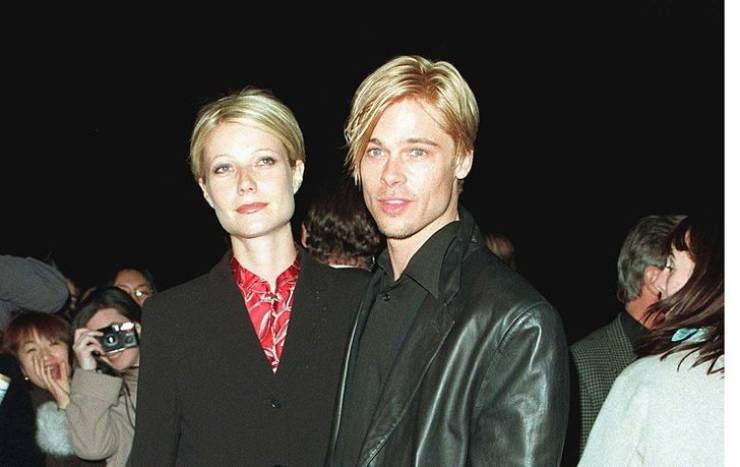 They played a couple in Seven in 1994 and started a relationship that lasted until 1997. She was 24 at the time, which gave them a 9-year age difference. They were close to finally tying the knot, but the actress panicked, especially as this was Paltrow’s first high-profile relationship with another celebrity. 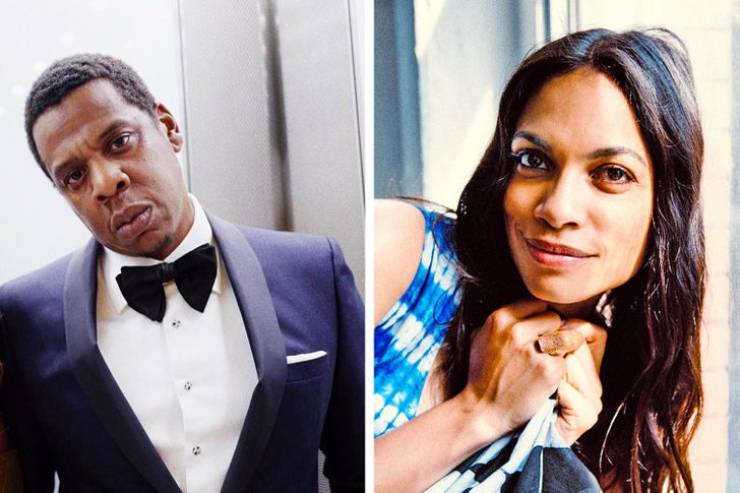 Today, Beyoncé and Jay-Z are one of the most popular couples in the entertainment industry, but before that, the rapper dated actress Rosario Dawson for a while, around the year 2000. However, they never talked about it or really made any statement to the press. Most journalists that’ve covered the topic now believe they dated for about 3 years. 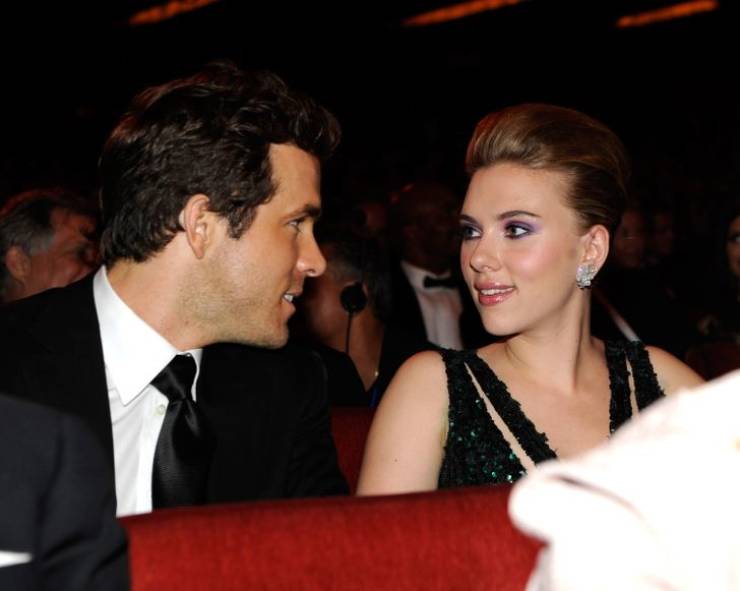 About a decade ago, Scarlett Johansson and Ryan Reynolds were a Hollywood star couple, announcing their engagement in 2008 and marrying in September of that same year. Their marriage lasted a little less than 3 years, after which their differences proved too great for them to continue on. They announced that they had separated in 2010 and their divorce was finalized in 2011. 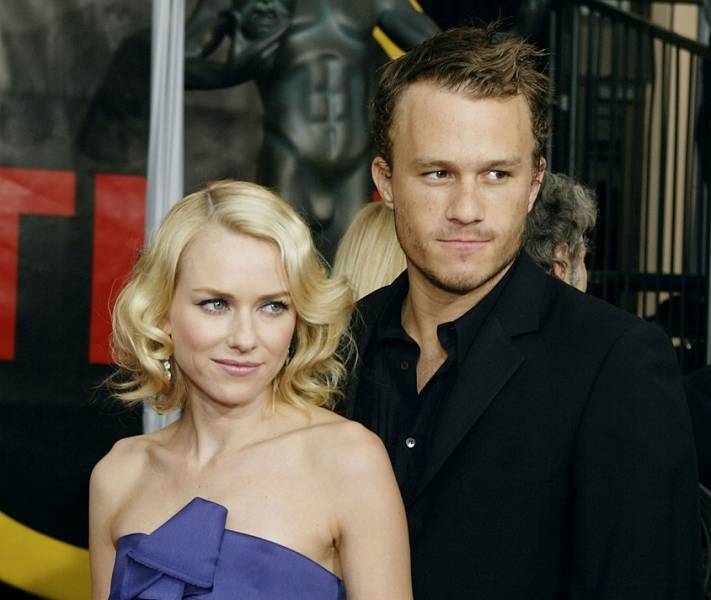 Heath Ledger, who delivered one of the Joker’s most acclaimed performances, had a 2-year relationship with actress Naomi Watts. The love between these 2 blossomed in 2002 on the set of the film, Ned Kelly, where she was amazed by Ledger’s intensity when acting. They began a romantic relationship that, as we mentioned before, lasted 2 years, but they were apart for a while in 2003. Even after the actor’s untimely death, Watts still remembers him with affection. “We had a beautiful relationship, just for a couple of years, but he was a man who was completely full of joy, and there was a lot of laughing and affection in him,” Watts recalled. 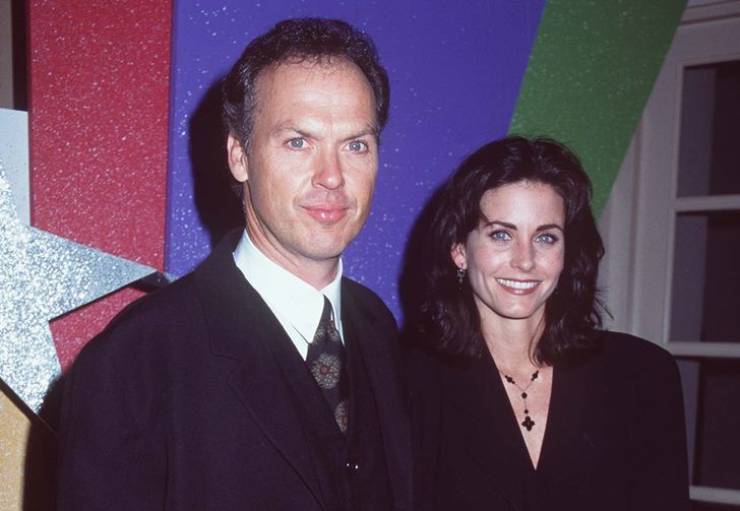 They spent almost 6 years together until they decided to part ways in July 1995. “It’s the most important relationship I’ve ever had, and I think he’s the most wonderful person I’ve ever met,” Courteney Cox said just a few months after the breakup. In fact, a ring on the actress’ hand had raised rumors about an engagement, but she later clarified that the piece of jewelry was actually her grandmother’s. 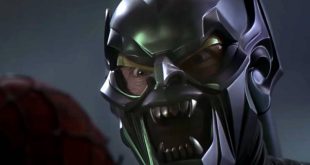 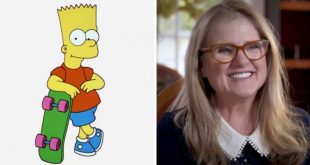