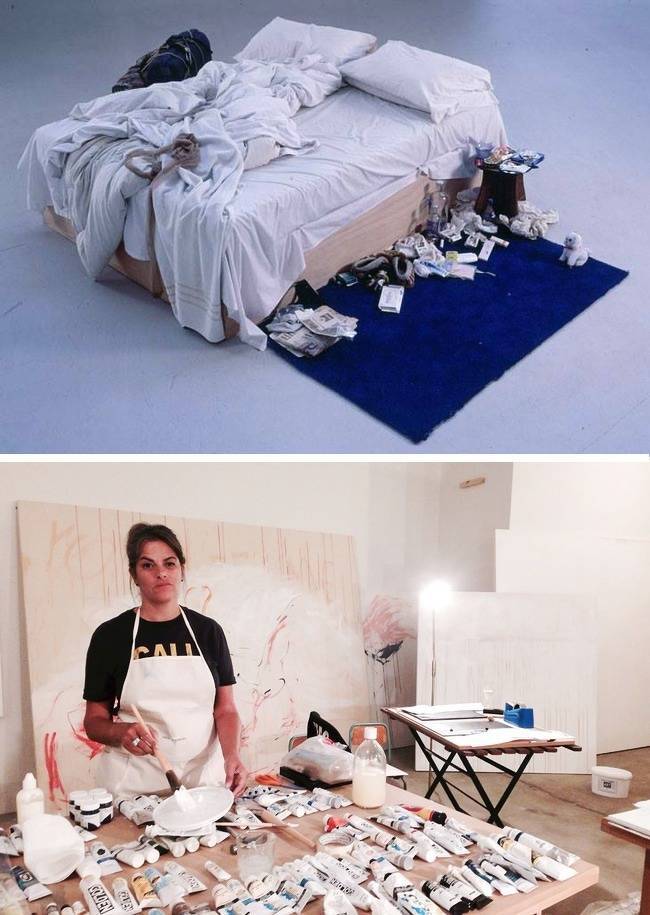 It seems to be the dream of any teenager — to sell the mess in their room. British artist Tracey Emin actually did it. In 1999 she had spent several days in bed when she was deeply depressed due to hardships in her relationships. Later she sold the installation made of trash and leftovers at an auction which she called “My Bed” to Charles Saatchi for $150,000. The man turned around and resold this item as a symbol of suicidal depression for $4 million. 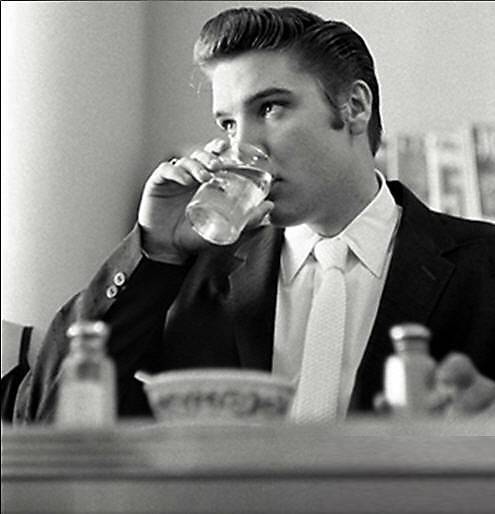 In 1977, Elvis Presley’s smart assistants sold a glass with the water he didn’t drink completely for $455. It happened in North Carolina after one of his concerts. At that moment, $455 was a huge amount of money. We wonder how long the buyer kept enjoying the purchase — there were only a few drops left in the glass, that were close to evaporation, during the auction. 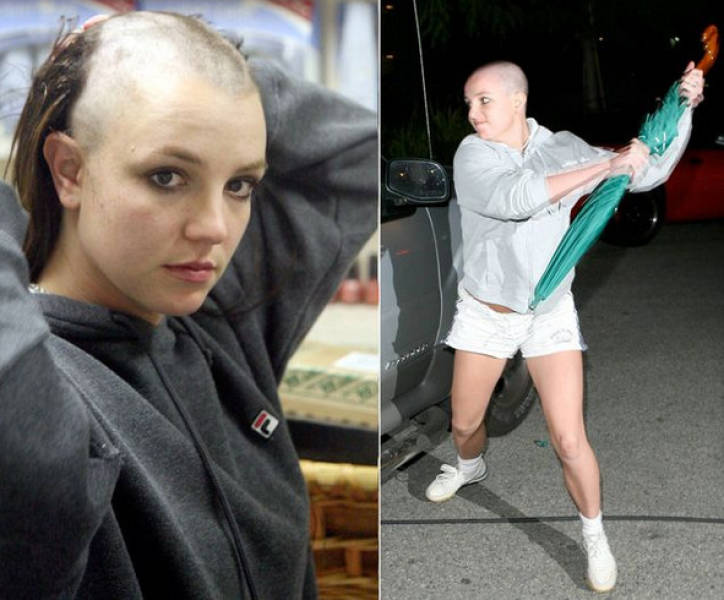 In 2007, Britney Spears shocked the public and shaved her head bald. The owners of the beauty shop where the singer cut her hair decided to sell it for no less than $1 million and started the bidding. The auction also included ponytail holders, a lighter, and a can from an energy drink that Britney left at the shop. Doubtful treasures. 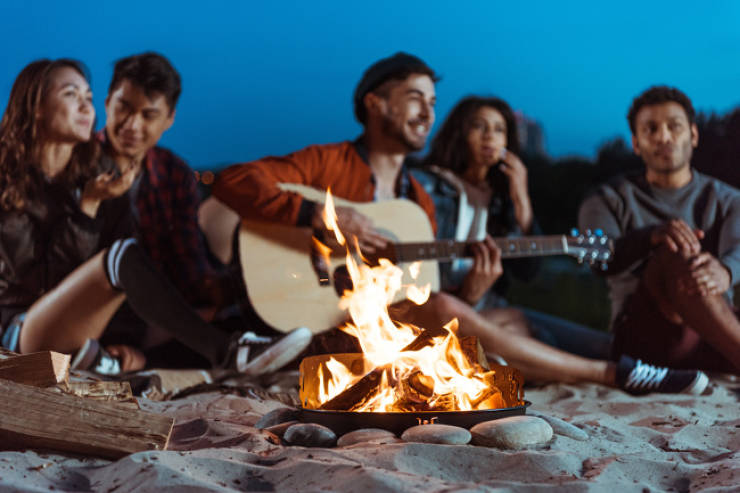 4 funny and smart Australian guys managed to sell their time on an eBay auction. They offered a fun-filled weekend with them for $3,000. The program of the event included drinks, snacks, and nice conversations. Not a bad idea for a student startup — collect the funniest of your friends and “earn extra” on the weekends. 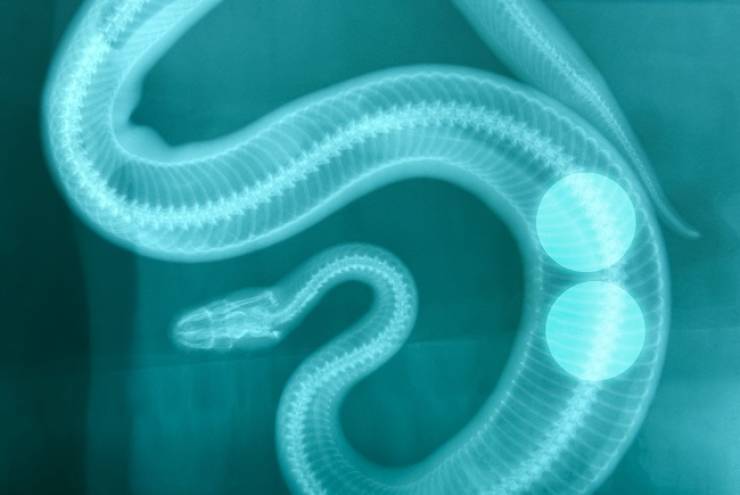 No, it’s not because some famous golfer used them that they are so expensive. It’s because they were swallowed by a python. The snake had to have surgery to have the balls removed and they were then sold for $1,400 Australian dollars. We wonder how people even get the idea to sell things like this after all? And we wonder even more, how they find anyone who wants to buy them. 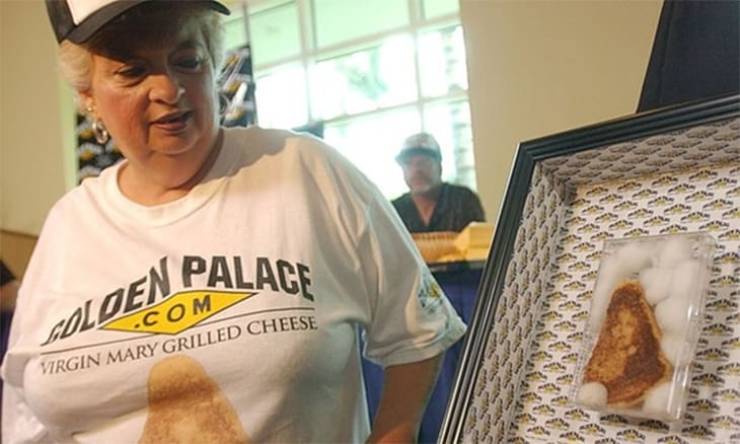 In 2004, the world saw a bitten sandwich with cheese that Diana Duyser forgot about for 10 years. The mold that appeared on it depicted the image of the Virgin Mary. Someone paid $28,000 for this “piece of art.” 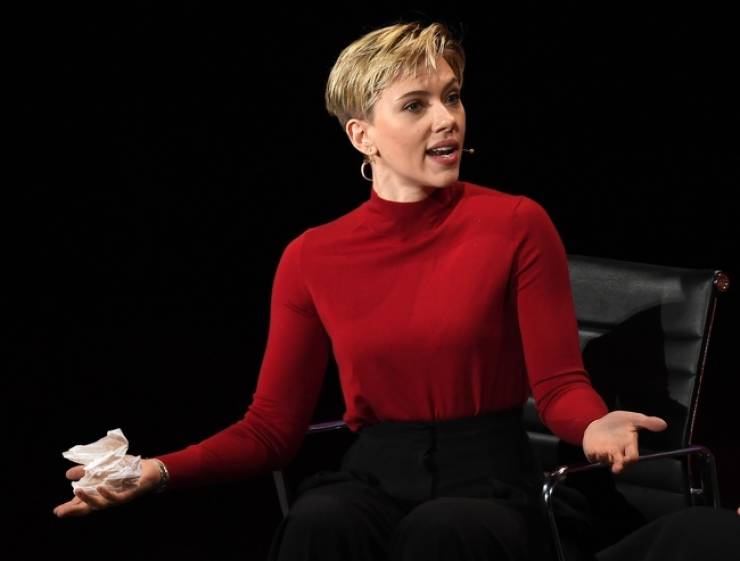 This time it was Scarlett Johansson’s tissue that she used during The Tonight Show that sold at an auction. The tissue with her mucous was placed in a plastic bag and sold for $5,300. Why would the anonymous buyer need this? No idea.

In 2011, the painting called “Fresh Air” that exists only in the artist’s imagination was sold for $10,000. We are not kidding! There is an organization called MONA (The Museum of Non-Visible Art) that sells pieces of art that exist only in artists’ heads. Money made from thin air, literally. 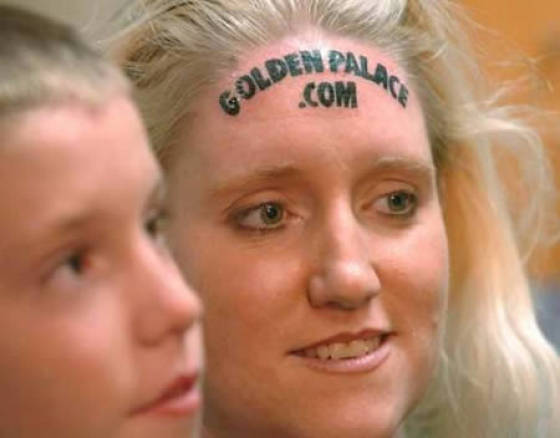 Becoming a unique person is simpler than it seems. A resident of the state of Utah, Kari Smith, sold an unusual advertising spot, on her forehead, for $10,000. The world-famous company GoldenPalace.com accepted this unusual offer and now the address of their site is tattooed on the woman’s face. We wonder whether Kari took part in selecting the font size? 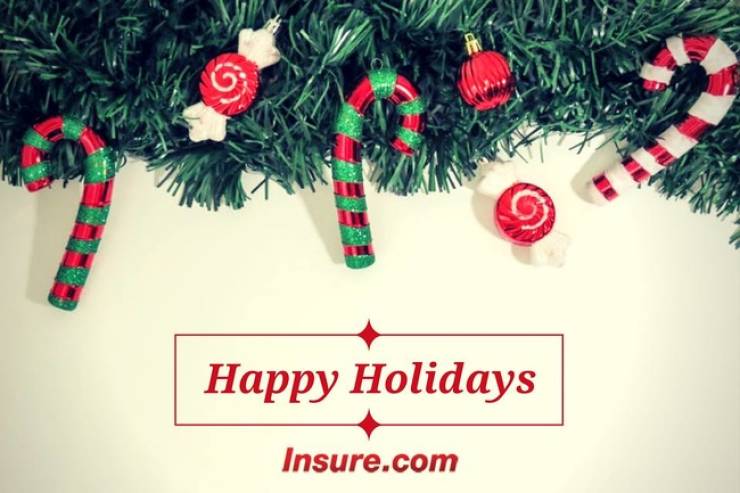 In 2009, the company QuinStreet paid $16 million for the unique domain name Insure.com. This fact made it into the Guinness Book of Records. The only thing that remains unknown is who assesses the names for being unique and what the prices are based on. 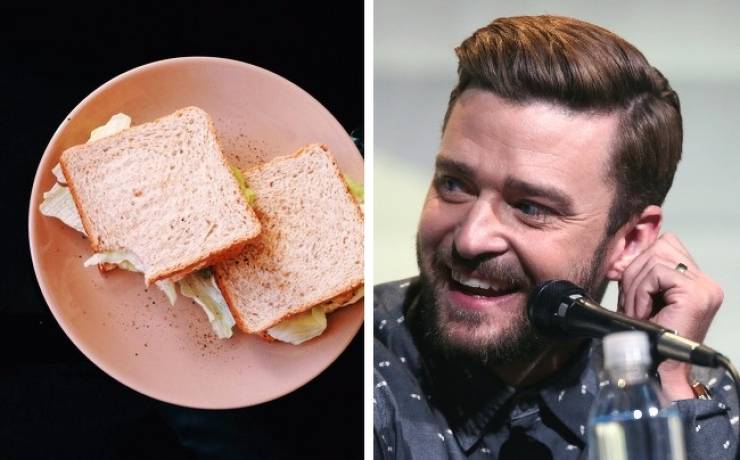 2 slices of singed French toast that Justin Timberlake was treated to during a breakfast interview at Z-100 radio station were bought at an auction by one of his 19-year-old fans for $1,025. The radio station donated this money to charity. 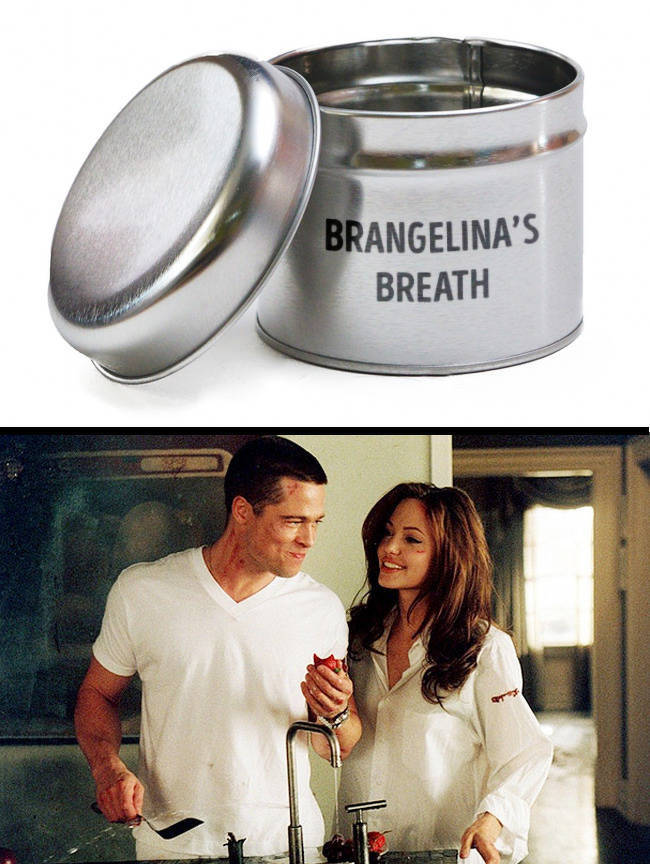 It’s hard to surprise anyone with a can of sea air today. However, it’s possible to do it if the can contains the breath of Angelina Jolie and Brad Pitt. Instead of a microphone, an inventive reporter gave the former celebrity couple a can when they were on the Red Carpet and perhaps their breath got inside of it. The can was sold for $530 at an auction, which is not bad for such a dubious thing. 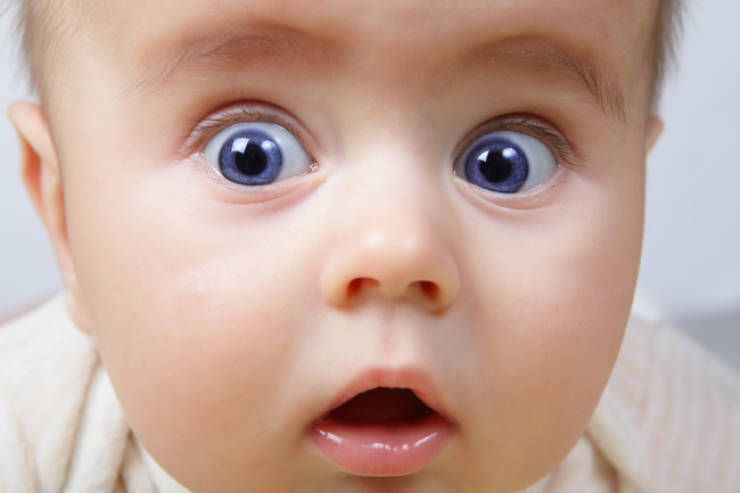 Turns out, your forehead is not the only thing that you can sell for advertising. A family from the state of Connecticut posted the right to name their newborn baby up for auction on eBay. Guess, who won this strange auction? Of course, GoldenPalace.com. It seems one forehead was not enough for them. Now the baby’s name is Golden Palace Benedetto. Well, that actually sounds good. 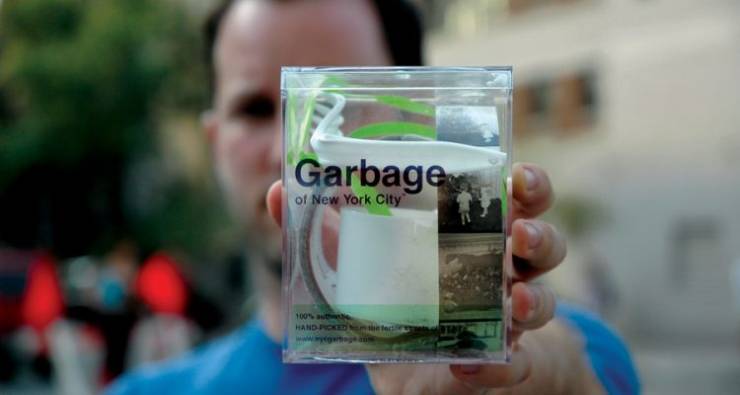 Marketing bordering on ingenuity. Painter Justin Gignac decided to prove that the design of a package is extremely important when making a decision to buy something. He started to sell cubes with garbage inside for $10. The fans of art liked this idea so much that the price for these souvenirs increased tenfold. 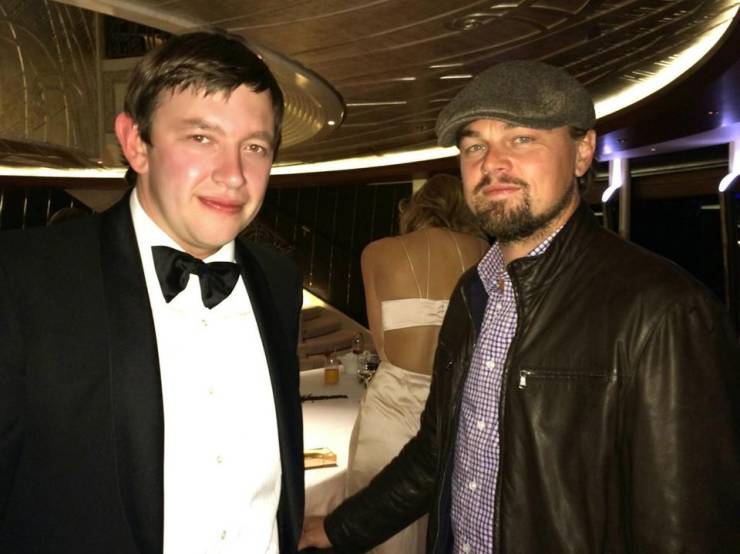 Sometimes celebrities sell the right to go on a trip with them. Thus, Leonardo DiCaprio started an auction selling a chance to go on a space voyage on a Virgin Galactic suborbital spacecraft together with him. In 2014, this unique opportunity was bought by Russian businessman Vasily Klyukin for $1.5 million. Of course, the money was donated to charity, but the journey has not taken place yet. And no one knows whether it will ever happen. 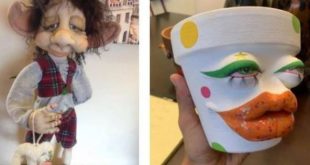 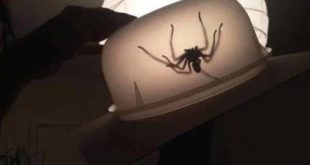 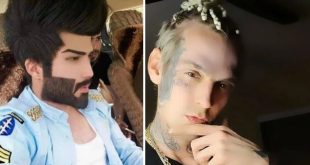 How To Destroy Your Hair?